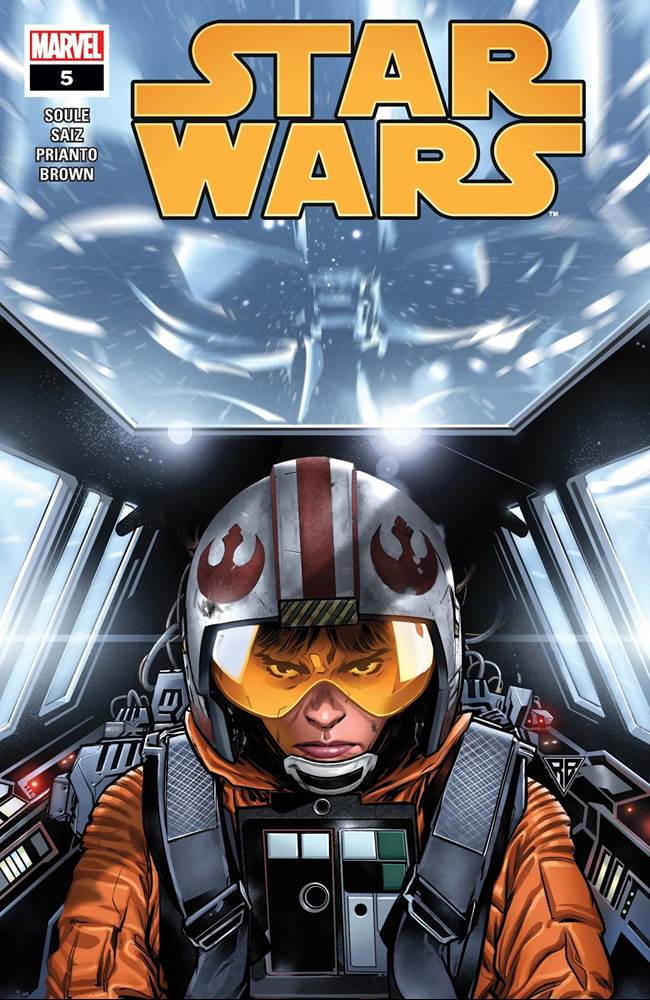 Much like last week’s Star Wars: Darth Vader, there has been quite a long gap between issues of Marvel’s main Star Wars comic book. It’s been four and a half months since Star Wars #4 sent Luke Skywalker on a quest to track down the woman from the Force visions he received while searching for his lost lightsaber.

Star Wars (2020) #5, finally published today, picks up that thread and focuses in on Luke– leaving Lando Calrissian and Princess Leia Organa behind– for its entire length. The would-be Jedi travels to the fishing-village planet of Serelia and finds the mysterious woman there working dockside, but of course she makes a break for it before Luke can question her about any Force abilities she might have herself. The big question readers will have as they go into this issue is, “Will the identity of the Force-vision woman be revealed?” And yes, I’m happy to report that the extended wait between issues has paid off, but I won’t spoil the resolution to that mystery here, except to say that it will only be truly satisfying if you are already intimately familiar with writer Charles Soule’s previous contributions to the current Marvel Comics Star Wars continuity. Regardless, Luke’s expedition to Serelia has its trials and tribulations, and there are some more pointed efforts to further tie in the Original Trilogy era with the prequels– Luke learns some more information about just what exactly happened to all the Jedi from Anakin Skywalker’s era, and there’s even a great gag concerning his opinion about a certain granulated natural substance and how it differs from his father’s.

We also discover the intriguing suggestions that there are opportunistic rogues out there in the galaxy posing as Luke Skywalker– taking credit for the young rebel pilot’s already-talked-about exploits in order to pick up work or attention for themselves. Naturally Darth Vader doesn’t take too kindly to these impostors, as they’ve been getting in the way of his pursuit of his real son, so he makes quick work of them while berating the Imperial officers who foolishly led him down the wrong path. All of this (and Luke’s journey as mentioned above) is delivered with the usual adept plotting and dialogue we’ve come to know from Soule, and his partnership with artist Jesus Saiz continues to be a fruitful and rewarding one. Together they’re skillfully adding on to the existing Star Wars canon by rather seamlessly extending and expanding the stories we already know and love, and as always I’m looking forward to picking up the next chapter. Let’s just hope the wait between issues isn’t quite as long this time. 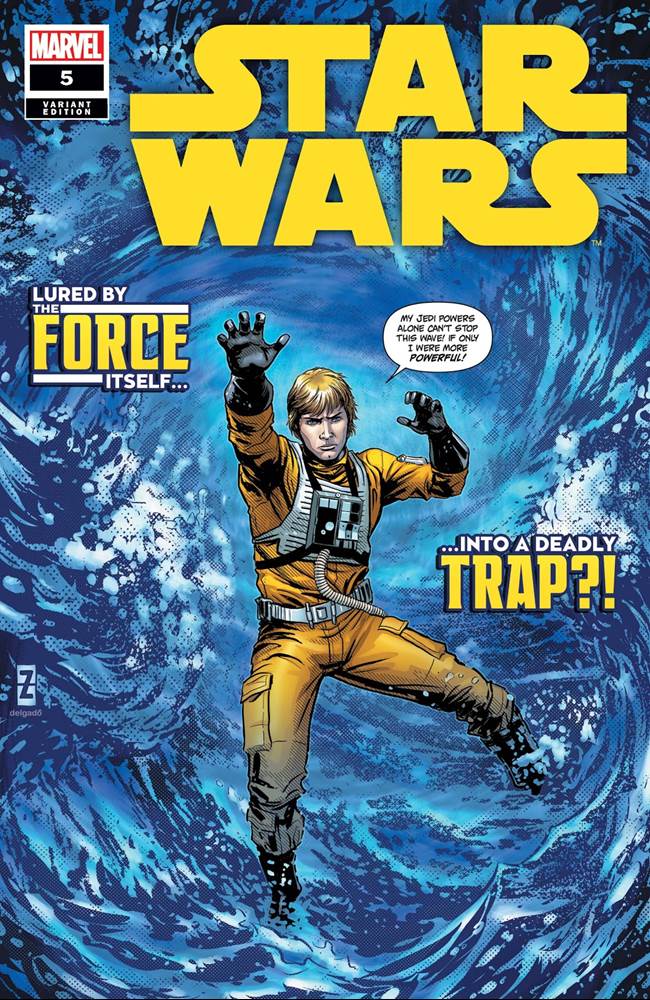