TV Review: “The Life and Trials of Oscar Pistorius” (ESPN+) 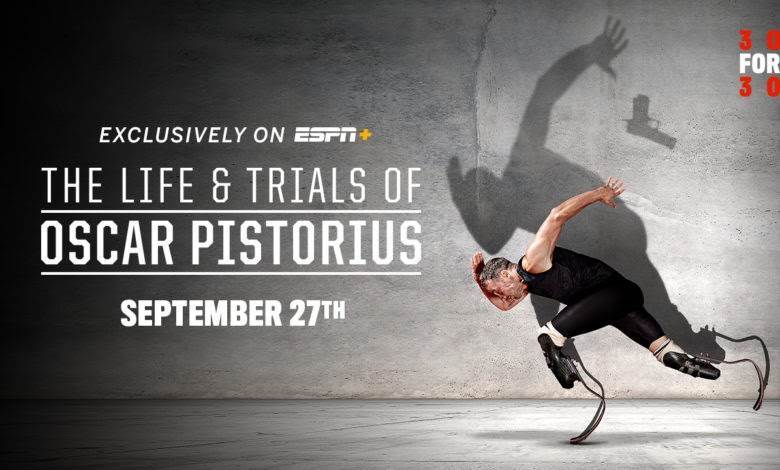 ESPN Films was a leader in amazing sports content over the summer when there was nothing else to watch with multi-part 30 for 30 documentary films like The Last Dance and Lance. While live sports may be back on TV, ESPN+ subscribers can now take a deep dive into the shocking life of Paralympic superstar Oscar Pistorious in the four-part The Life and Trials of Oscar Pistorius, streaming September 27th. This Valentine’s Day tragedy from 2013 may seem like a cold case, but ESPN dives deep into the event, providing flashbacks through Pistorious’ life to create a profile of a sports hero turned killer.

The 90-minute premiere starts with the family of Oscar Pistorius’ girlfriend Reeva Steenkamp as they recount discovering that their loved one had been shot, reportedly an accident at first. It then moves to his friends, schoolmates, and fellow Olympic runners who knew him best as more facts are revealed. The documentary instantly grips you with the memorable tragedy that rocked the world before taking viewers back in time.

The film examines life in South Africa and what was going on in the young life of Oscar Pistorius. From aparthide and racial inequality to disability rights in the country, it paints a powerful picture of the world young Oscar grew up in. It also dives into gun prevalence, particularly for self defence by white residents, and gender based violence against women, as well as Oscar’s relationship with his parents and religion. The media sensation that surrounded the case and how the police department fed the tabloids are also a big part of this complex tapestry that will give viewers the full picture.

Director Daniel Gordon (Hillsborough, George Best: All By Himself) gives viewers what feels like unfiltered access to the life of Oscar Pistorius. You’ll go through all of his highs and lows on his rise to fame while better understanding the climate of his upbringing, both in terms of his country and his family. It’s an expertly crafted documentary film and one that really takes its time to do the story justice while never feeling stale or boring.

You couldn’t pick a better title for this four-part 30 for 30 documentary than The Life and Trials of Oscar Pistorius. After viewing it, viewers will feel like they really understand who Oscar Pistorius is. It neither paints him as a hero or a villain, but a complex individual that’s fascinating to watch.

I give The Life and Trials of Oscar Pistorius 4 out of 5 stars.

The Life and Trials of Oscar Pistorius premieres Sunday, September 27th, only on ESPN+.