Stars from shows like Just Roll With It, Raven’s Home, Gabby Duran, Coop and Cami Ask the World, Sydney to the Max, BUNK’D, and ZOMBIES perform short sketches on a blue screen from their homes. It very much feels like a Disney Channel version of Nickelodeon’s All That with each of the sketches featuring a Halloween element. The special is hosted by Tobie Windham, who plays three hosts, one of which wears a David S. Pumpkins suit.

The sketch that’s become popular outside of the show is for “Descendants 17,” which features Issac Ryan Brown as the step grandson of Dr. Doofenshmirtz from Phineas and Ferb because by this point, they’ve run out of villains from animated movies. In my opinion, the best sketch of the special is the “Sarah Jensen Cooking Show,” where the host (voiced by Caroline Rhea) has been turned into a dog. Shots of the paws trying to mash bananas and crack eggs had me cracking up.

For the most part, the humor in the Disney Channel Halloween House Party is pretty juvenile, with commercials for “Completely Crust” bread and a Zoom funeral for a pet goldfish. But if nothing else, the catchy song written for the special will get you in the… spirit.

Just Roll With It – “Aliens Among Us” 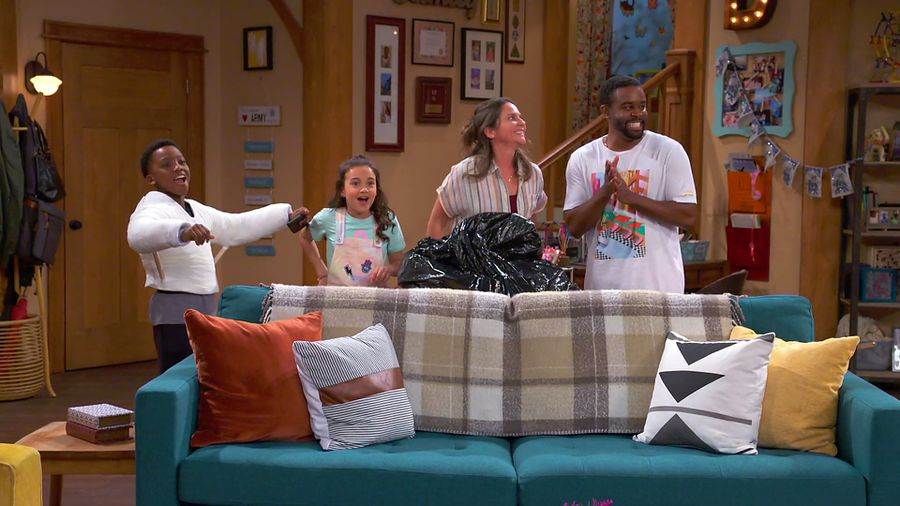 Just Roll With It hosted a true Halloween special last year called “You Decide Live!,” an episode where viewers from home got to vote along with the studio audience. The special featured guest star Raven-Symoné and yielded the funniest moment I’ve seen on the show yet. This new episode features some spooky elements, but isn’t really a Halloween episode.

When the Bennett-Blatt family watches a documentary about aliens, they think their new neighbors might be from another planet. It doesn’t help that one of their name’s is “E.T.,” but the Australian Allens might not be exactly what they seem.

It’s always nice to have something new to watch, but with so many great Disney Channel Halloween movies and specials streaming between Disney+ and Disney Now, both of this year’s efforts have some high-quality competition to live up to.