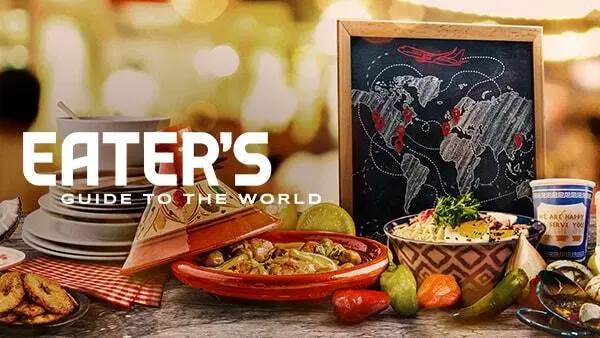 Eater.com hosted a virtual event on November 19th called “Eater Talks: The Making of Eater's Guide to the World” to celebrate the new Hulu Original Series, produced in collaboration with Vox Media. It was a fun and engaging conversation about the origin of the fresh Hulu hit and even included a few familiar faces for fans of the show and beyond. But for Disney fans, the big surprise was learning how a Disney animated feature actually inspired the narration of the series. The first round of the presentation included some of the behind-the-scenes collaborators.

Pitched late in 2018, filming on Eater’s Guide to the World started in December 2019 without a pilot or even a practice shoot. The first episode filmed is the third in the series, titled “The Ass Crack of Dawn in New York City.” That title was one of the first conceived for the show as well, with a format centered around quests in specific regions. While it matched Eater’s article style, the creative team wasn’t sure the episode title would fly with executives at Hulu. But as viewers can attest, the name stuck and its part of the show’s undeniable charm. As the episode’s title suggests, the New York shoot was not only late, spanning from 11:00 pm to 7:00 am each night, but also extremely cold. A lot of lessons were learned in that first episode and some of the locations were hard to book, including a late-night badminton location, with the approval to shoot received an hour before they were scheduled to begin. Featured in the episode is drag queen Miz Cracker, who also helped the team discover a few locations featured.

The seven-episode season was originally going to be longer with the crew in Toronto by mid-March when they received their instructions to pack up and go home. Other destinations were going to include Tokyo, New Mexico, Singapore, and Budapest, the latter of which was going to be a dessert quest episode. When the production was shut down, the team took a break to wrap their heads around how to edit and produce this show in a world where many restaurants are closed or unable to serve patrons in person. They made the decision not to mention the virus, but the episode titled “Taking Off in America,” which is all about dining in airports, does have a few narrative hints about travel becoming complicated.

As for the show’s narration, Executive Producer Lauren Cynamon wanted it to come from an all-seeing storyteller and pictured someone like Alan-a-Dale the rooster from Disney’s 1973 animated adaptation of Robin Hood. They didn’t think a personality like Maya Rudolph would be interested, but as luck would have it, they got her on board. With her own personal twist on the role, the writers were able to shape the series to not only match her comedic chops but also follow Eater’s unique voice. From the series premiere, “Dining Alone in the Pacific Northwest,” Eric Rivera, chef of Addo, was joined by Portland-based Food Critic Karen Brooks to talk about how they’ve been since the episode was filmed. At Addo, the restaurant has innovated by taking some of the events and making them virtual where participants can pick up their meal and connect on screens. Karen has avoided indoor dining during the pandemic, but has found some unique experiences for pickup, like Gado Gado, which sends drivers through a tent with a disco ball to give them unique ambience in a safe way. 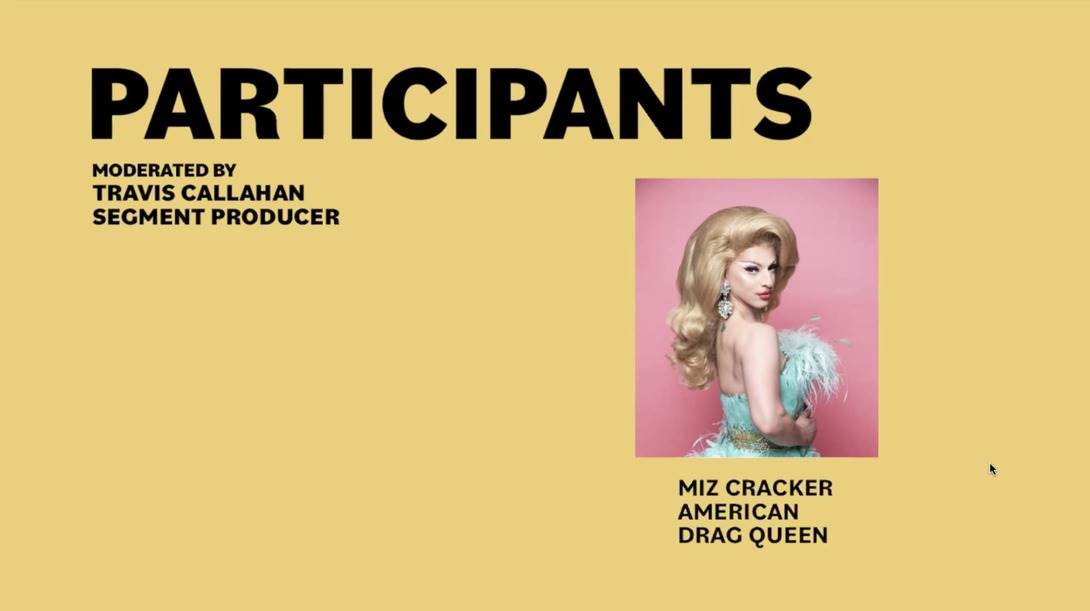 As a special surprise, drag queen Miz Cracker from the New York City episode joined the fun. She shared that her favorite restaurant in NYC is Ponty Bistro and that she’s been keeping busy with her new spiralator, which turns vegetables into noodles. “Anything can be a noodle,” she joked. She also has dreams of publishing a cookbook oneday, which will feature items like “Makeables,” which is a sandwich that includes peanut butter, mayonnaise, and pickles. You’ll have to wait for the proportions until the book becomes a reality.

All seven episodes of Eater's Guide to the World are now streaming only on Hulu.