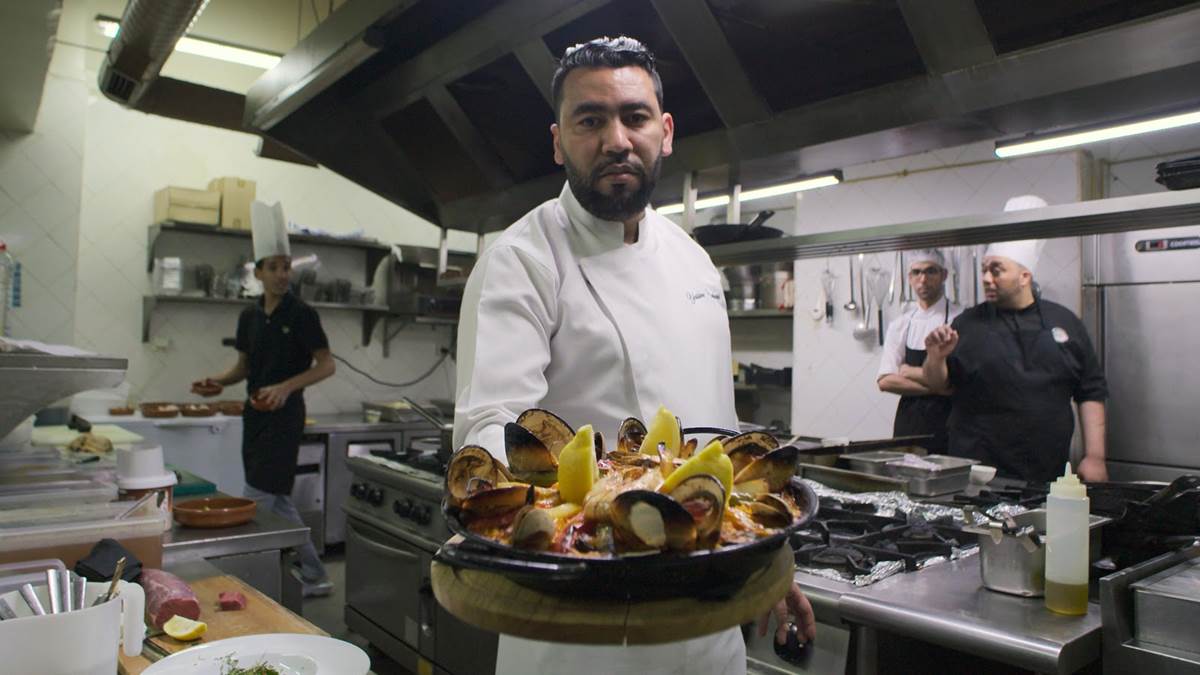 You’re used to travelogues about foods around the world from cable networks like Travel Channel and Food Network, but there are things a streaming service can get away with that won’t fly on those types of networks. Full of language that would make Captain America blush, the Hulu Original Eater’s Guide to the World gives viewers a spice of life and cuisine all over the world in its seven episode debut season, streaming November 11th. Produced by Vox and Eater, this new series has a unique approach and a different voice that makes the series feel fresh.

Maya Rudolph is your narrator for each episodic adventure and the tone of the series is ever changing. In the premiere, titled “Dining Alone in the Pacific Northwest,” she gets almost sexually charged about a bar with some amazing fried chicken. By comparison, the second episode takes viewers to Morocco where comedy is drawn more respectfully out of trippy editing rather than anything food related.

The series takes viewers to Casablanca, Tijuana, New York City, Costa Rica, Los Angeles, Miami, DC, Portland, Seattle and Atlanta. At a time when travel is a challenge and dining at a restaurant is a rarity, Eater’s Guide to the World allows viewers to live vicariously through the diners at each location. But a word of caution, even if you just ate, you will finish each episode starving for everything you just saw. If you’re planning to stream it, I recommend having your notes app open because I saw so many places I want to experience the next time I’m anywhere near the places featured. The series relishes not just in amazing cuisine, but unique dining experiences in general. From a bar called “Detention” inside a hotel that used to be an elementary school to a Thai/Texas Barbecue/Tiki Bar fusion restaurant, there are places that you want to experience with all of your senses and the show makes you yearn to travel again.

Left wanting food I can’t get and a desire to travel to places I can’t go, Eater’s Guide to the World is a license to dream about future adventures. Someday I might enjoy the same fried chicken that made Maya Rudolph leave a highly suggestive voice message for laughs and that makes me feel good inside. You can start streaming this fun new series on November 11th. But be prepared to go from full to starving by the end of each episode.

Eater’s Guide to the World premieres November 11th on Hulu.