The fifth episode of The Mandalorian season two, entitled “Chapter 13 – The Jedi,” doesn’t waste any time in giving the audience what they’ve been expecting. Pretty much right off the bat, we see former Jedi Padawan Ahsoka Tano (somewhat controversially played in live-action by actress Rosario Dawson of Rent fame instead of Ashley Eckstein, who initiated the role as a voice actor in Star Wars: The Clone Wars) taking out enemies on the barren dry-forest planet of Corvus. Ahsoka moves like a ghost through the mist, stalking her prey with the stealth and efficacy of a ninja assassin, which is our first hint that this episode is leaning more toward Star Wars’ Asian cinema influence than the American western this week.

A walled city right out of a samurai movie is ruled over with an iron fist by magistrate Morgan Elsbeth (experienced stuntwoman Diana Lee Inosanto), with the help of her majordomo Lang (Michael Biehn from The Terminator and Aliens), and evidently Ahsoka isn’t happy about that, but there’s a bit of a standoff between the two forces. Then, of course, our heroes drop out of the sky in the Razor Crest and upset that balance. 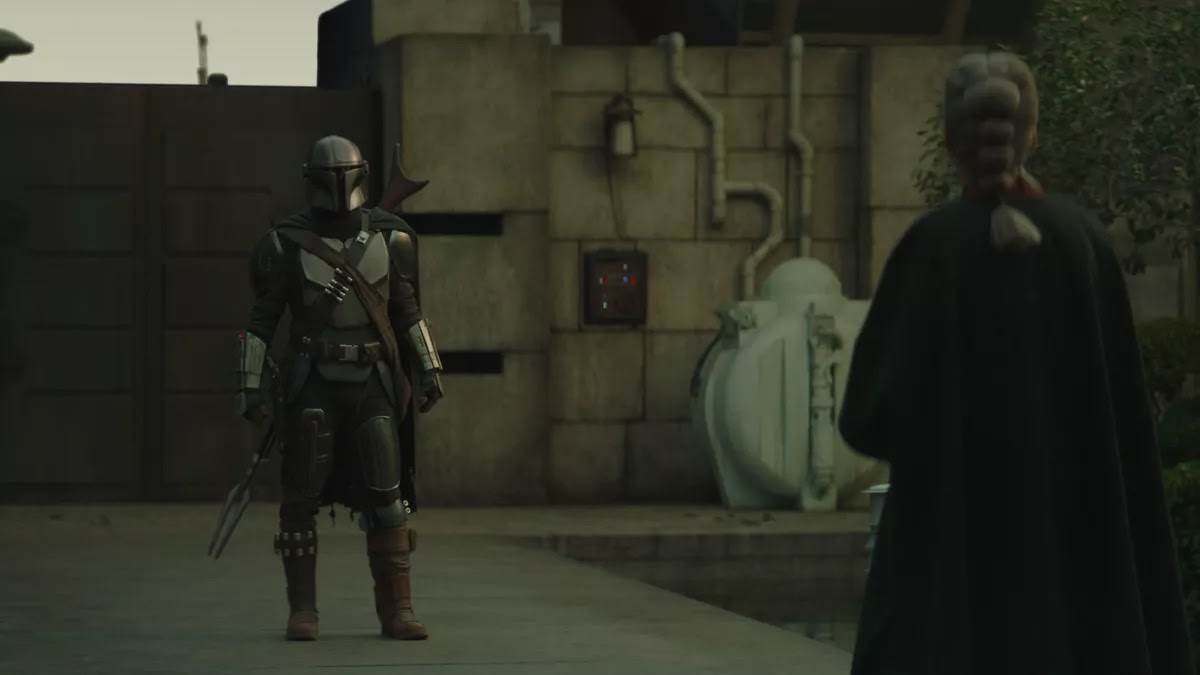 As we know from previous episodes this season, the Mandalorian (AKA Din Djarin, played by Pedro Pascal) is seeking a Jedi in order to reunite the Child (AKA Baby Yoda, though I won’t have to type either of those names for much longer) with his Force-sensitive people. Mando is welcomed into the city as a guild bounty hunter, walks past some alarming sights of its oppressed populace, is tasked with tracking down and killing the local Jedi menace in exchange for a sturdy-looking beskar staff, and sets out into the desolate forest. There’s a brief but exciting fight scene as Tano attacks Djarin in the woods, but then he drops Bo-Katan Kryze’s name and Ahsoka lets down her guard to meet the Child, who we soon learn is actually named Grogu. These two can instantly commune with each other via the Force, and we discover more about Grogu’s past, including his early training on Coruscant and how he was hidden away after Order 66 at the end of the Clone Wars. 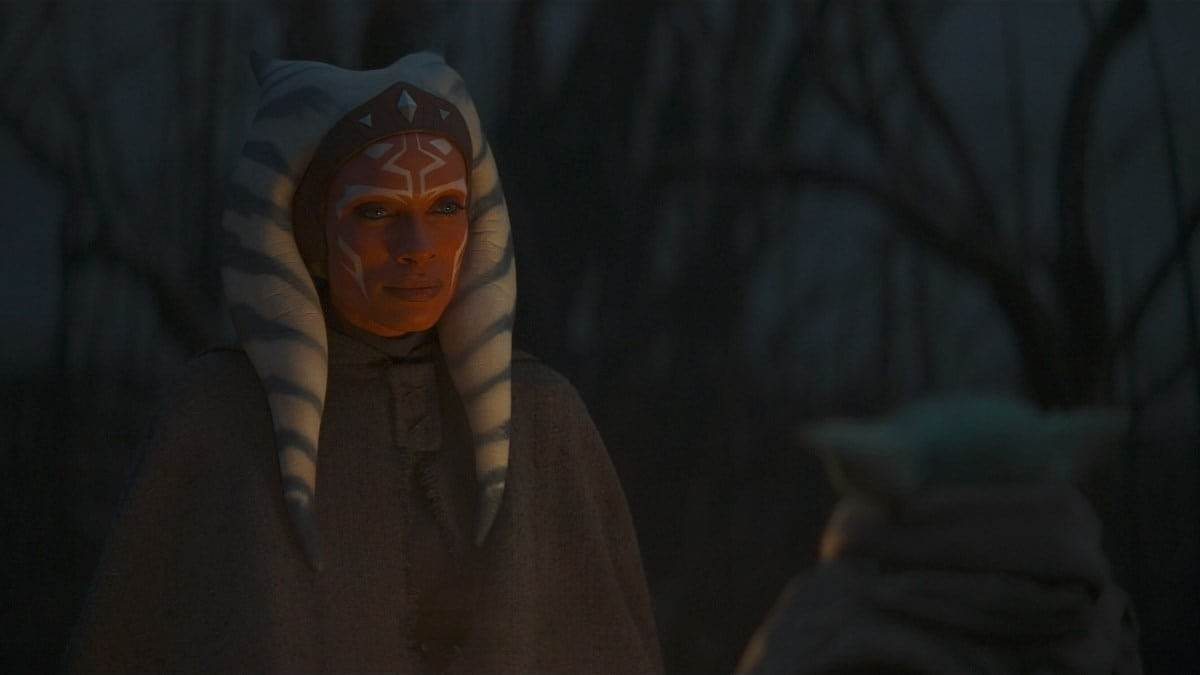 The next morning, Ahsoka tests Grogu in his Force abilities, and discovers that his bond to Mando may be stronger than she is willing to overcome in taking him on as an apprentice– she’s got history with powerful Jedi succumbing to emotional baggage, after all. But Mando wants to make a deal: he’ll help her take down Elsbeth in exchange for Ahsoka making sure Grogu gets properly trained. So they head back to the city, use their combined powers to take on its masters in an extended battle sequence, and wind up freeing the citizens in the process. But it turns out that may just be a side benefit to this coup d’etat, as Ahsoka is actually looking for Elsbeth’s master, a name I wasn’t expecting to hear this week– or really in The Mandalorian at all– but as a voracious devourer of published Star Wars content for thirty years, I let out an audible gasp when she said it. 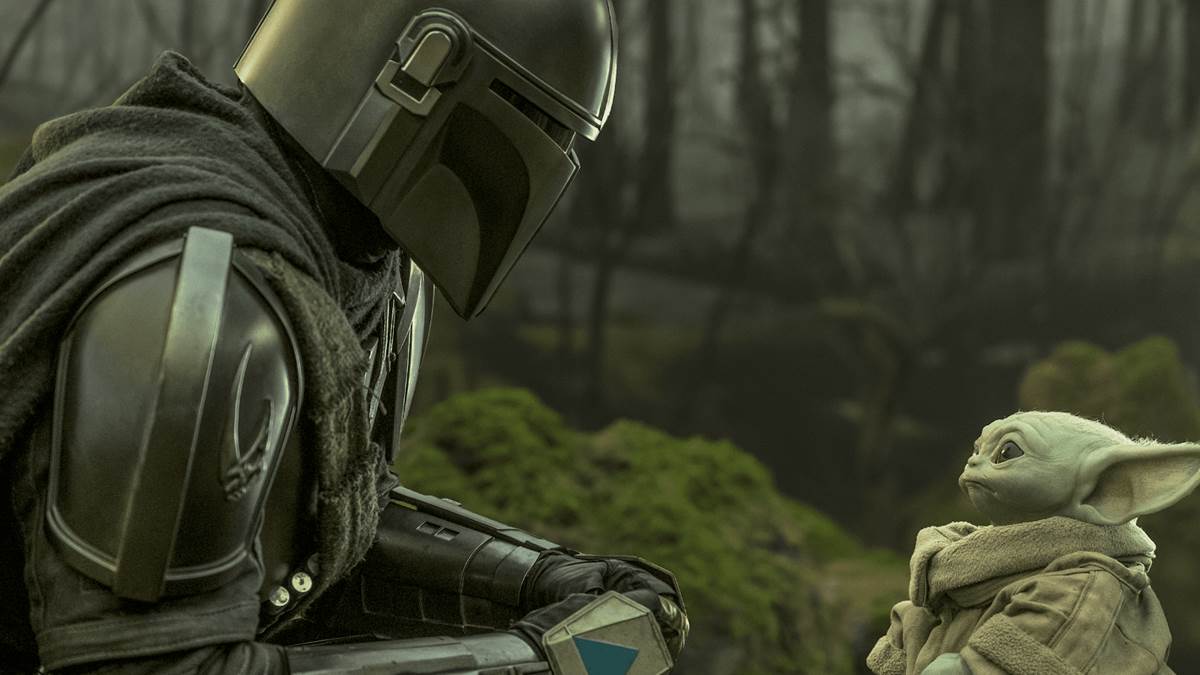 “Chapter 12 – The Jedi” feels exceptionally well-crafted by writer/director Dave Filoni and sets an appropriately eerie mood from the get-go, though I had some extremely minor nitpicks with a couple of the choices made. Dawson makes for a strong Ahsoka in this context, but I will always wonder about the behind-the-scenes decision to not follow through and cast Eckstein in the live-action version of the role. I also found myself getting fairly emotional near the end of the episode as it started to look like Djarin might actually be preparing to let Grogu (heck, let’s call him Baby Yoda once more for old time’s sake) go. But the rug gets pulled out from under him and the audience again, and before the credits we set off to our next destination, as usual. There’s so much to love here overall that any small complaints I have feel largely inconsequential, but I am looking forward to something eventually breaking the status quo of this established pattern. Nevertheless, I’m sure we’ll get a couple more entertaining pit stops along the way to the mythical planet of Tython, and, when it comes down to it, I don’t really mind that idea one bit. 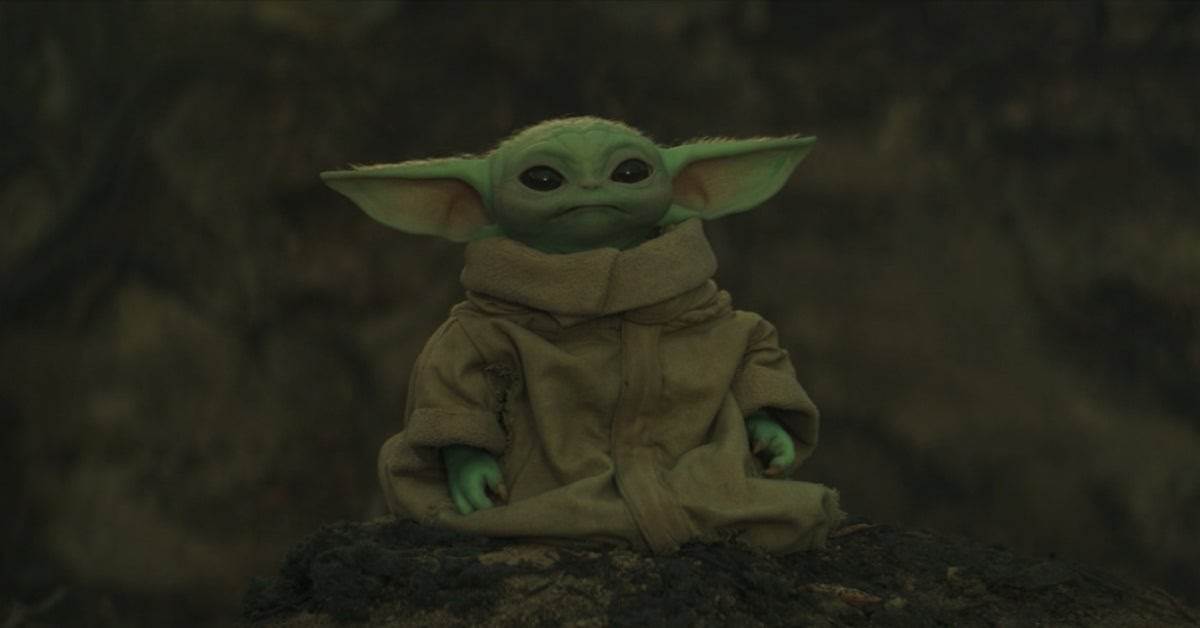 "Baby Grogu" doesn't quite have the same ring to it.

New episodes of The Mandalorian are released Fridays exclusively on Disney+.