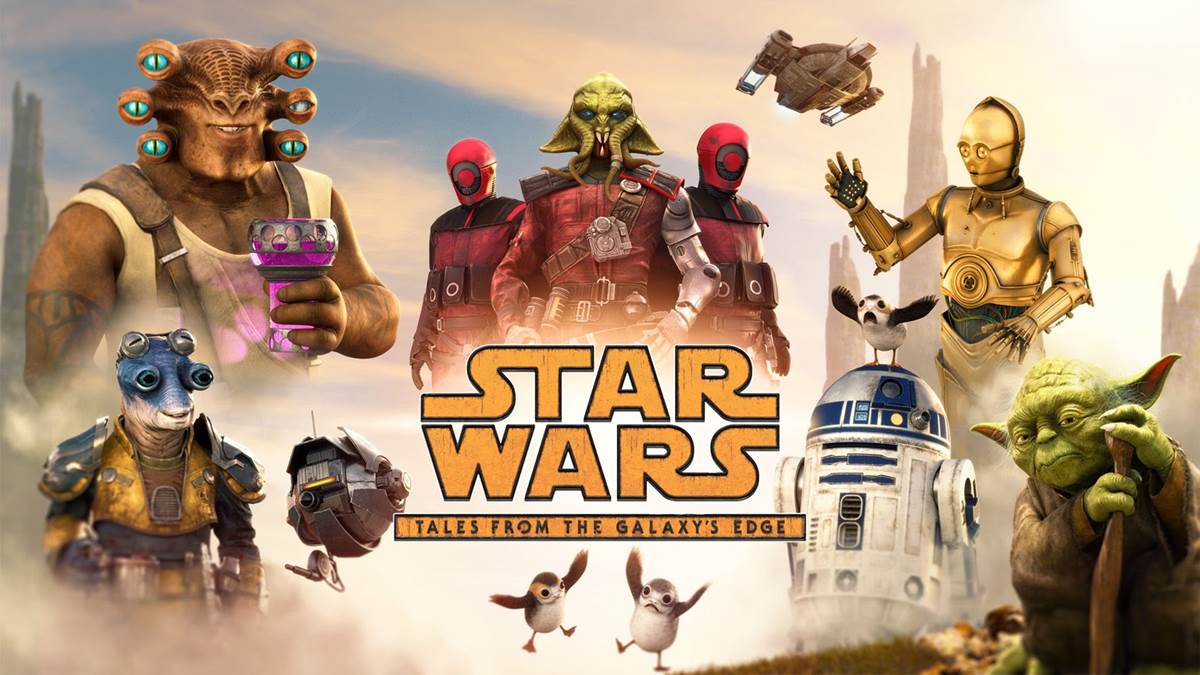 As someone who’s been enamored with the concept of planet Batuu since the immersive Star Wars: Galaxy’s Edge areas were announced for Disney Parks, I found the new Star Wars: Tales from the Galaxy’s Edge virtual-reality experience from ILMxLAB to be equal parts fun and frustrating. The idea of exploring parts of Batuu that we haven’t seen in Disneyland Resort or Walt Disney World is a great one, but I ended up spending most of my time in this VR game either throwing up my hands in annoyance or nauseated from motion sickness.

I tried really hard to love Tales from the Galaxy’s Edge, having enjoyed ILMxLAB’s Vader Immortal: A Star Wars VR Series quite a bit last year, but after a couple multi-hour sessions I now find myself uneasy with the idea of going back in. That’s a surprise to me, considering how much I miss being able to walk into Black Spire Outpost on a regular basis here in Southern California (where Disneyland has been closed since mid-March). 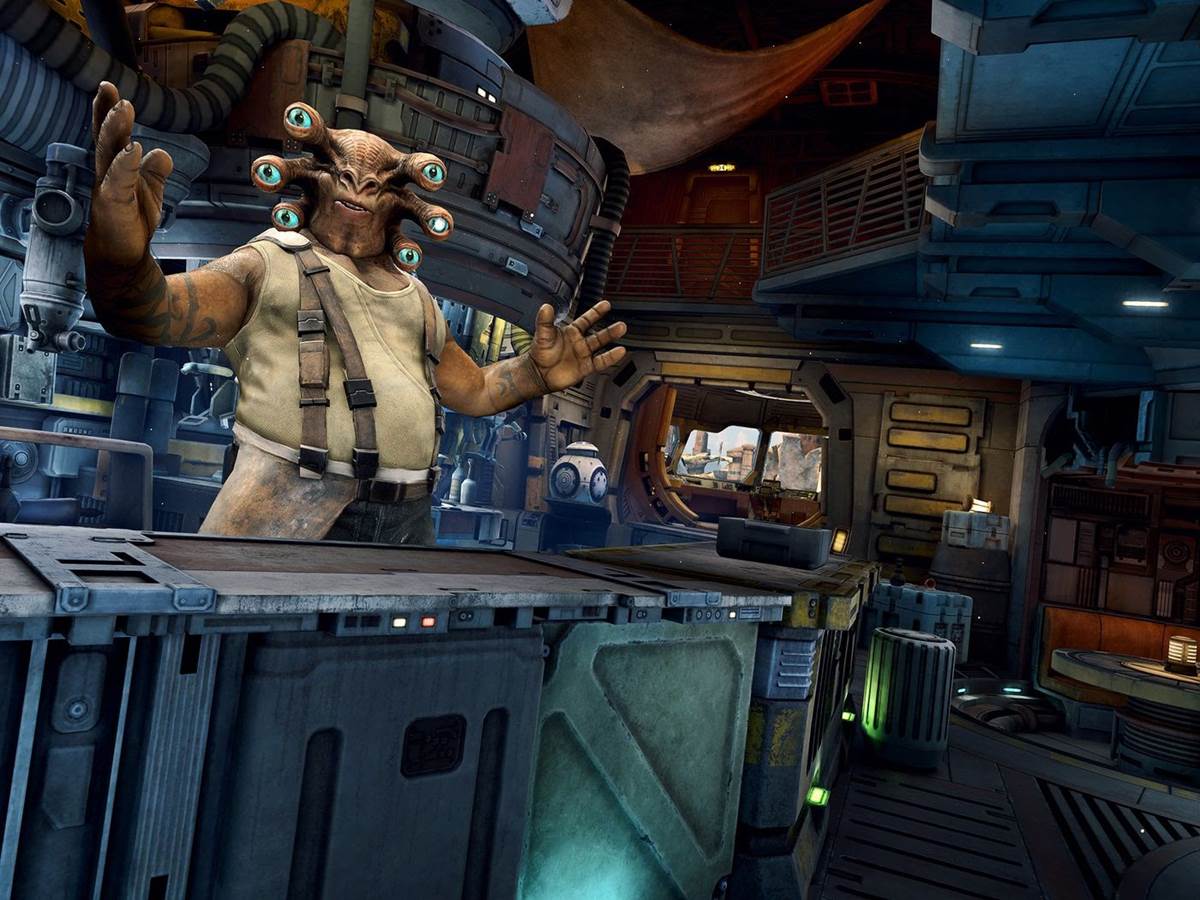 Notably, Black Spire itself doesn’t factor into the gameplay of Tales from the Galaxy’s Edge that much. Instead, the experience begins in a cargo vessel out in orbit over Batuu, then sends you down to a mobile cantina (not Oga’s, but a competing watering hole) that looks out on the familiar spaceport area you’d see in the parks. Then a newly introduced barkeep called Seezelslak– voiced by DuckTales star Bobby Moynihan and named after The Simpsons character Moe Szyslak, according to the developers– sends you out into the Batuuan wilds to collect ingredients for a special drink. I don’t mind not being able to wander around Black Spire Outpost in VR, though it would be an added bonus if possible, as I like the idea of fleshing out Batuu as a live-in planet with a history outside of what we already know. I just wish my adventures had gone a little smoother after strapping on the Oculus headset.

The majority of this game consists of walking through the mountainside, picking off Guavian Death Gang enemies with blasters, and exploring the terrain. You also have a variety of accessories at your disposal like remote droids that help you fight baddies, a multi-tool for solving puzzles, and bacta-infusion health kits for when your energy gets low. It’s all fairly intuitive and well-thought-out, but I often felt like I wished I could just be playing through this same title on a standard video game console rather than enduring the heavy, headache-inducing goggles and frequently awkward VR interface. Beyond that, I encountered a handful of game-halting bugs on my journey that made me consider giving up entirely rather than restarting from where I left off. The story bits are amusing here– you’ll eventually meet up with lost droid C-3PO (voiced again by Star Wars mainstay Anthony Daniels) and partake in a flashback side-mission involving Yoda (authentically played by puppeteer/filmmaker Frank Oz) and an ancient Jedi Temple– but I’m not sure it’s enough to overcome the cumbersome detriments of a platform still in its unpolished infancy. 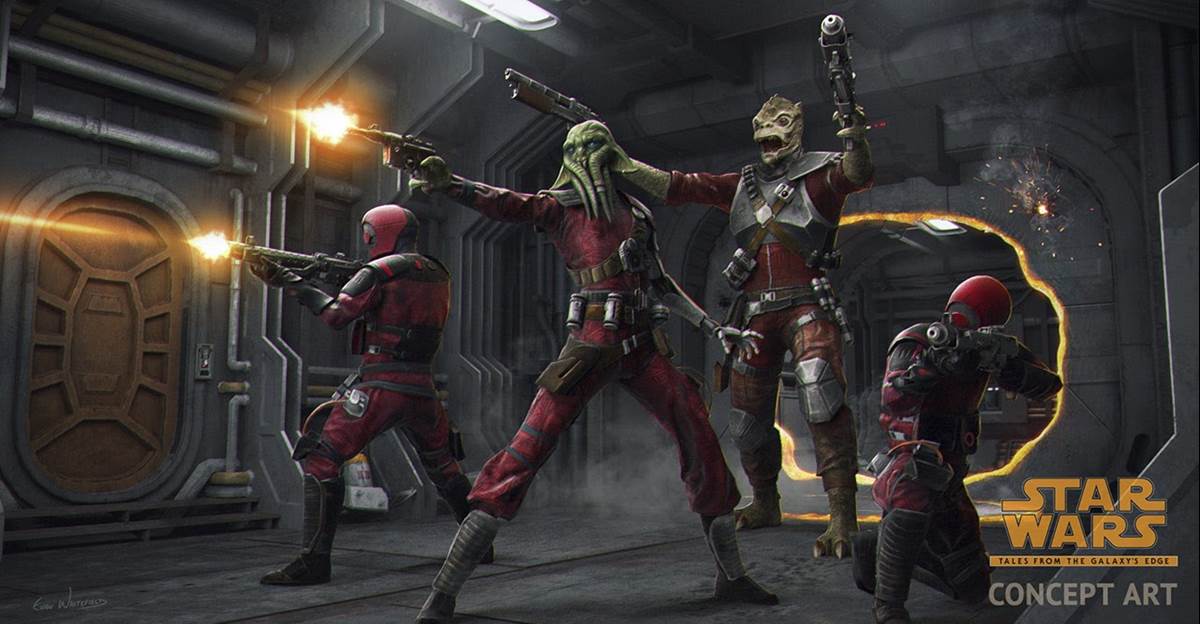