Disney Channel continued to rise to the challenge of making new holiday content when kids need it most with Challenge Accepted! Disney Channel’s Epic Holiday Showdown. This hour-long special paired Disney Channel stars from almost every show still in production for a night of holiday fun. Here’s a recap of everything that went down tonight.

Scrooge (Anneliese van der Pol from Raven’s Home) went on ScroogeTube to rant about how she wanted to cancel the holidays and decided to enact a curse to stop them from happening. But in the North Pole, Santa and Mrs. Claus (Kevin Frazier and Nischelle Turner) roll out a list of challenges that, if completed, will beat Scrooge’s curse and restore the holidays. 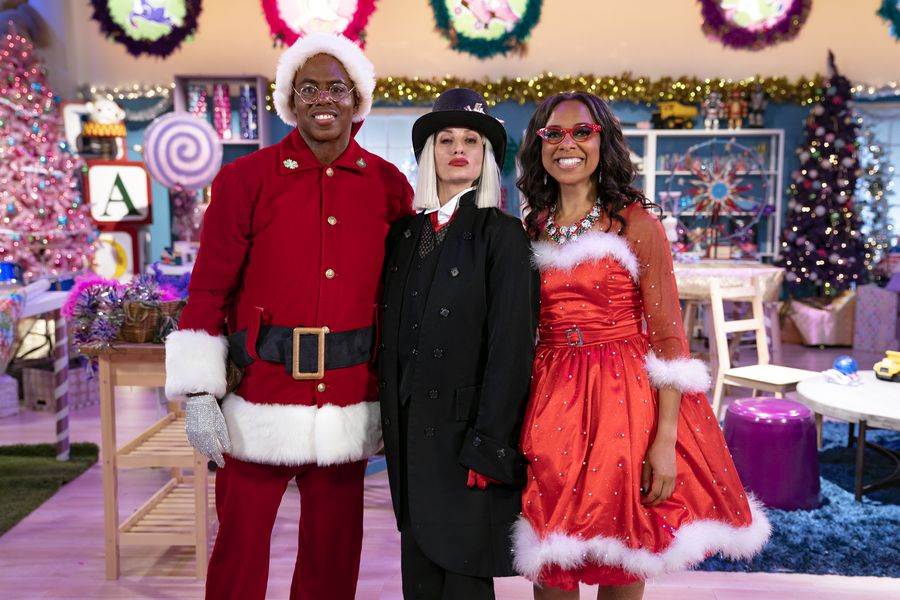 Ruth Righi (Sydney to the Max) and Raphael Alejandro (Bunk'd) had to play through three rounds of this game where different items have to be packaged a certain way off a conveyor belt. First up were Christmas candy canes. Round two was Hanukkah dreidels and the Kwanza round was cupcakes that needed to be decorated.

Zombies 2 stars Megan Donnely, Kylee Russell and Chandler Kinney had to prank Milo Manheim by wrapping his car to look like a unicorn reindeer.

Ava Kolker (Sydney to the Max), Ramon Reed (Just Roll With It) and Will Buie Jr. (Bunk'd) had just 10-minutes to wrap an odd shaped object, but then had to do another round by wrapping a normal box themed to one holiday: Christmas, Hanukkah and Kwanza.

Challenge 5: Caroling Thru the Night

Trevor Tordjman from Zombies 2 had to teach a holiday dance to Santa and Mrs. Claus set to “Put the Happy in the Holidays.”

Mallory Mahoney (Bunk'd) and Christian J. Simon (Sydney to the Max) were given 10-minutes to decorate pre-lit Christmas trees in a way that matches their personal interests.

Challenge 8: Perform with a Fan

Megan Donnely performed “Joy to the World” with a fan named Kia and a surprise rap by Isaac Ryan Brown.

Cricket and Grandma from Big City Greens made prank calls to Scrooge, which was the last challenge to lift the curse and restore the holidays!

At the end of the special, Scrooge joined Santa and Mrs. Claus for a finale version of “Put the Happy in the Holidays” with all of the Disney Channel stars from the special joining in remotely.