The enigmatic oracle-like character known as the Eye of Webbish Bog was created for 2019’s Skywalker Saga-ending theatrical film Star Wars: The Rise of Skywalker, intended to interact with Kylo Ren during the scenes set on the planet Mustafar, where Obi-Wan Kenobi once battled Anakin Skywalker (AKA Darth Vader at that point) so many years earlier in the larger Star Wars timeline.

Excised from the finished film– though its appearance was included in the Star Wars: The Rise of Skywalker – Expanded Edition novelization and its Junior Novel counterpart– the Eye of Webbish Bog has been resurrected for the purposes of guiding Vader along his next path in the current volume of Star Wars: Darth Vader from Marvel Comics. 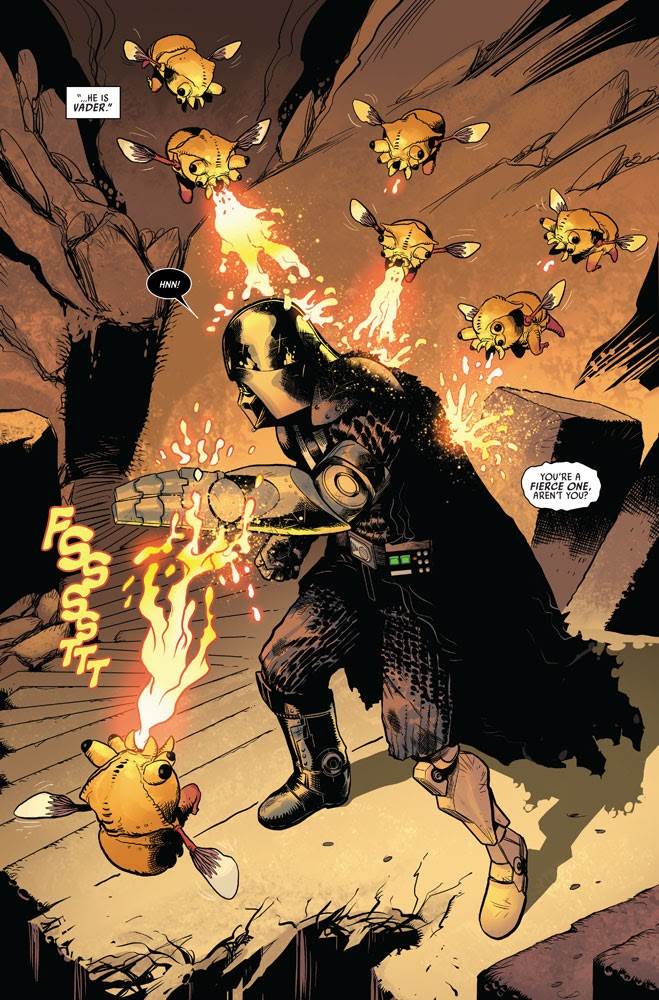 Star Wars: Darth Vader volume 3, issue #8 picks up where the previous installment left off, with Sith assassin Ochi of Bestoon (also introduced in The Rise of Skywalker) hunting Vader on Mustafar, though Vader has now been distracted by his Force connection with the Eye of Webbish Bog. Ochi fends off criticism of his technique from an Umbaran assistant to Emperor Palpatine while Vader enters a danger-filled lava cave in search of the Eye. We see the Dark Lord of the Sith go up against a variety of deadly creatures and endure emotionally painful flashbacks to his more recent duel with Obi-Wan on the Death Star, his confrontation with Luke on Bespin, and his ongoing (though strained at the moment) master/apprentice relationship with the Emperor. Vader wants to know what Palpatine has been building in secret, and he believes the Eye can provide him with that information. Instead, he gets tested with a series of increasingly dangerous perils and taunted with the Eye’s riddles and repeated insistences that Vader look within himself to find what he truly seeks. In the end, he is rewarded with a familiar-looking Sith Wayfinder and challenged with the question of whether he actually passed the Eye’s tests, but at the very least he now has a method of locating his next destination– should he be able to defeat Ochi of Bestoon, that is. “Into the Fire” Part III: “The Eye” was once again written by Greg Pak and illustrated by Raffaele Ienco, a terrific team who have been delivering consistently entertaining comics since this volume of Star Wars: Darth Vader launched at the beginning of the year, though this particular issue was light on plot and dialogue and focused more on Vader’s dreamlike encounter with the Eye of Webbish Bog. I’m certainly looking forward to seeing what’s next for the Dark Lord as Pak and Ienco continue with the next chapters of this arc in 2021. 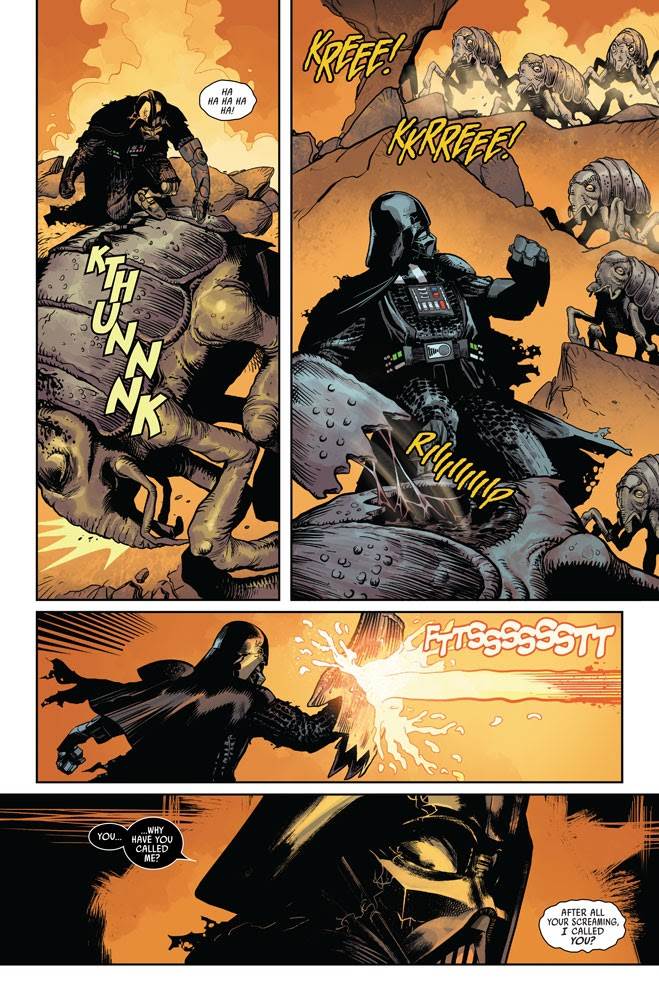