Nothing about the release of Pixar’s Soul has been conventional for the animation studio. Branded as a Disney+ Original, it’s possible that it becomes their first film to not have a home video release as well, but if you’re a bonus feature junkie like me, the good news is there are six “Extras'' on Disney+ that give you a behind-the-scenes look at the making of the film. Here is a description and review of each one. 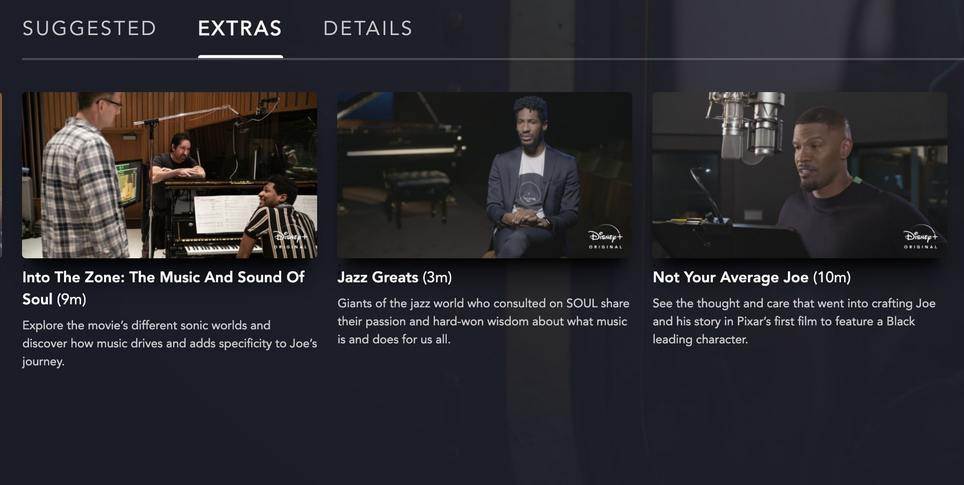 This bonus feature is all about creating the world where souls come from. It’s a little short for the amount of ground they cover and it easily could’ve been three-times the length without feeling long. The title comes from the name given to the big dark mounds in the Astral Plane, which they named “Astral Taffy.” Other topics include drawing inspiration from past World’s Fairs for the buildings in The Great Before, how they settled on the hues for each soul, and creating the counselors.

Short Review: “Astral Taffy” provides a nice glimpse at the development of The Great Before, but it’s too short for the amount of ground covered.

“In the Zone” is just about as perfect a bonus feature as you would want about music from the film without it getting stale. They cover the sound design for the film (including effects) and take a deep dive into the music with Jon Batiste and score composers Trent Reznor and Atticus Ross.

Short Review: It’s the perfect length for this topic without rushing through it. If you love the music and sound effects in the film, this is a must-see.

The music culture trust for Soul talk about why music is so important to them from a screening room at Pixar Animation Studios.

Short Review: This EPK may be a lot of fluff, but it’s neat to see the talented musicians that helped shape the musical direction of the film.

Find out how Joe Gardner was created in this exploration into the character, his design, and everything that makes him unique.

Short Review: This is a great look at the care and attention to detail Pixar employed on Soul that includes a look at the Black Culture Trust created for the film and a conversation about how to represent an African American lead character the right way in animation. It weirdly ends with DVD credits that aren’t specific to this feature.

Pete Docter’s ambition for Soul was to make a film about the meaning of life. This bonus feature follows how that aspiration was transformed into the film Soul.

With six-weeks left of production, Pixar closed due to the pandemic and work continued on Soul from people’s homes. This bonus feature documents the hurdles faced and the hilarity that ensued.

Short Review: This is the best bonus feature in the bunch with lots of funny Zoom call bloopers, plus a really interesting discussion about the technological challenges of everyone at Pixar taking their computers home.

It’s really nice to have some bonus features for Soul available on the same day as the film’s release on Disney+. These featurettes amount to a little over 30-minutes of content. It doesn’t satisfy all of what you want from a home video release, but I’m hopeful that a full Blu-Ray set will come someday, especially since “Not Your Average Joe” includes DVD credits at the end.