Earlier Today, D23 released a podcast featuring an interview with legendary designer Joe Rohde about his retirement and his storied career over the last 40 years with Walt Disney Imagineering. While Rohde is almost instantly recognizable to Disney Parks fans around the world (if not as himself, as Harrison Hightower from Tokyo’s Tower of Terror, but more on that later), we still managed to learn a few new things from the interview. 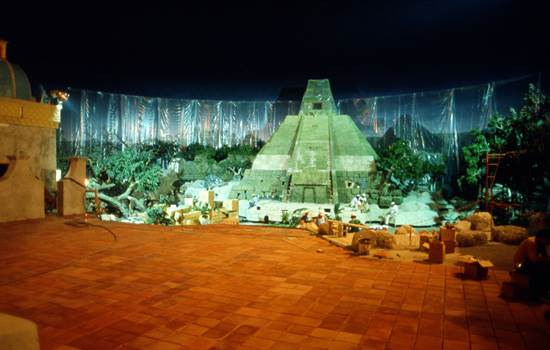 Rohde was hired into Walt Disney Imagineering as a model maker, but was more of a sculptor, and his very first job was on the Mexico Pavilion in EPCOT’s World Showcase, sculpting the pyramid located inside the pavilion, the backdrop for El Rio Del Tiempo/Gran Fiesta Tour and the San Angel Inn restaurant, also carving out the caverns in one scene of the original attraction.

What he said he loved most about that endeavor, an odd bit of foreshadowing for the rest of his career, was that he was working with an archeologist on the pavilion, who was telling him about findings that hadn’t even been published yet. It was a party that Rohde hosted at his home (covered in “artifacts and things”) that caught the attention of Rick Rothschild, who was producing a new entertainment venture “outside the berm” called Pleasure Island at Walt Disney World where Rohde was loosely involved. According to Rohde, Rothschild came to him days after the party and said “You know what? I have a job for you.” And pitched the idea of a magic club/nightclub that had some kind of adventurer theme. Acknowledging that this was the first time he was in charge of something, Rohde said he and the team came to one conclusion, that the people who would be coming to this place had spent all day inside a theme park and the more they break away from what they’ve already seen while they were there, the more they’ll surprise people and exceed any expectations for this place. One example he gave was that people at a park would expect animatronics to have pre-recorded dialogue on a loop, specifically citing “Dead Men Tell No Tales.” At the Adventurer’s Club, there would be things on the wall that would talk, but the dialogue would come from a live actor controlling what is essentially a large puppet, stunning audiences at the time who thought there was some kind of advanced recognition technology being used in 1989. 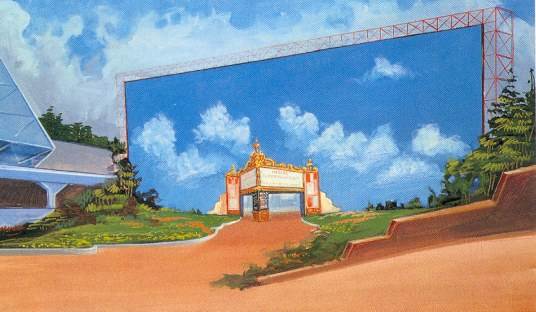 Many Disney fans know the story. Once there was a pavilion planned for EPCOT that would feature great moments in the movies, and that idea kept growing and growing and eventually became the Disney-MGM Studios (now Disney’s Hollywood Studios). When Rohde was asked if there were any projects that would surprise fans that he worked on, he said that he was the one responsible for the very first rendering of the movie pavilion and the entry facade. Pictured above, he said it was based on his own experiences growing up on soundstages where his dad was a cameraman. “Just a great big painted backdrop with a marquee coming out of it. That was it.” He also said he was responsible for a fishing alligator figure on Splash Mountain, built the scale model of the crystal pyramid of the Imagination pavilion, the initial designs for the original entertainment area outside EuroDisney, including the Wild West show there. 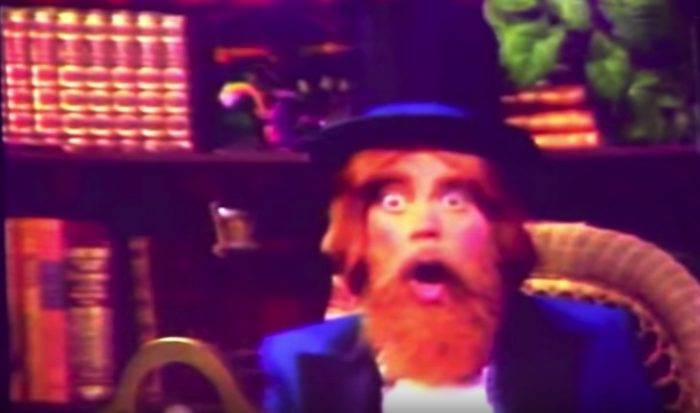 Another surprising entry in his WDI resume, Rohde portrayed the legendary Dreamfinder in the ImageWorks portion of the Journey Into Imagination pavilion at Dreamfinder’s School of Drama. Rohde said of the experience, “I was doing a bunch of voiceovers for EPCOT back in the day, because we used to just have people do voiceover. I can’t even remember all of the bad accents that I did…And the producer came to me with this idea that I would do the Dreamfinder character for the Dreamfinder School of Drama, which was an interactive video green screen experience. Originally, I was going to just mouth the words and the other actor who was doing Dreamfinder was going to deliver all those lines, and somehow that turned into a weird contract problem, so then they were just like, ‘No, no. You’re just going to say it. You’re just going to be the Dreamfinder…’ And so I spent weeks and weeks in front of this green screen, putting on makeup with the big red beard… When you work as an Imagineer, these jobs come and go all the time. You’re drawing illustrations or models or some participation in something all the time. 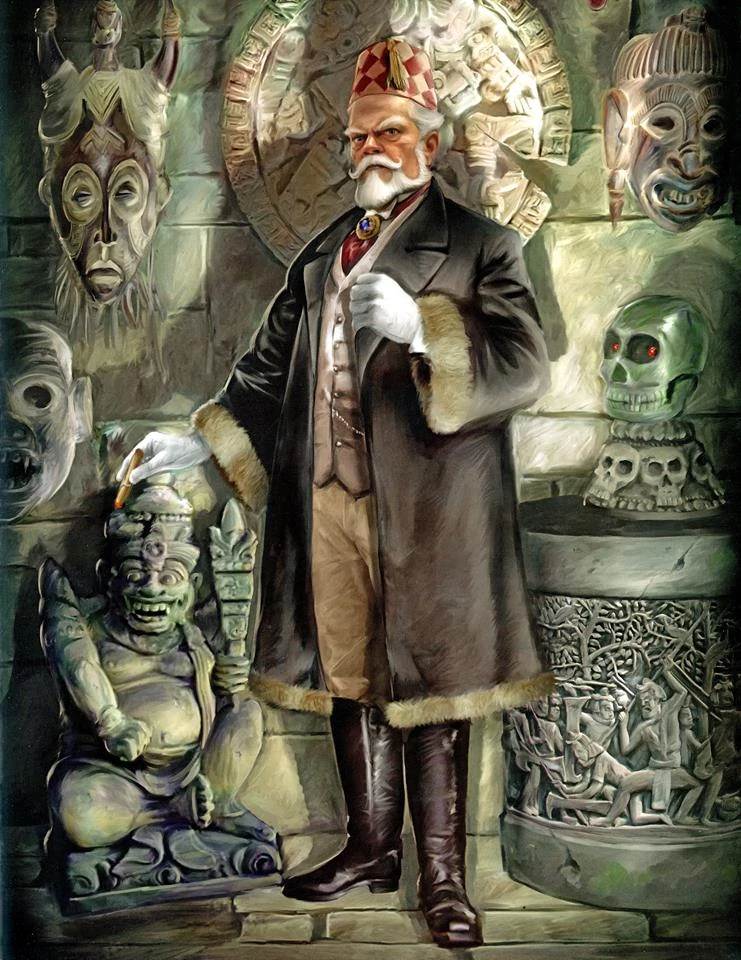 Another bit part he provided his face for has also got him recognized around the world, not as himself, but as hotel owner Harrison Hightower, as featured in Tokyo DisneySea’s Tower of Terror. Originally asked just to be a model for a sculpt that was to be featured in the tower as he “had a good scowling face,” Rohde found himself posing for illustrations, mosaics, windows, and other areas of the attraction. He was even asked to portray the character in advertisements in Japan. Rohde also told the story of Japanese executives who visited the Imagineering campus in Glendale, CA and wanted pictures with Rohde, not because he was Joe Rohde, but because they wanted a picture with Harrison Hightower. When asked how he felt about taking on Pandora: The World of Avatar at what many consider to be “his” park, Disney’s Animal Kingdom, he said that he was very vocally against it. Saying he had sent out memos saying the idea of an Avatar-land is crazy. “Look at what is in that movie. Your principal characters are 12 feet tall. Everything is floating. CGI is one thing….this is crazy.” Rohde went on to reveal that executives approached him about the memos remarking that he had obviously thought about it all already, so he was the one that got to do it. As for another IP based attraction, this time on a different coast, he said that he was involved in the early conceptual stages for a Marvel-based attraction at Disney California Adventure. 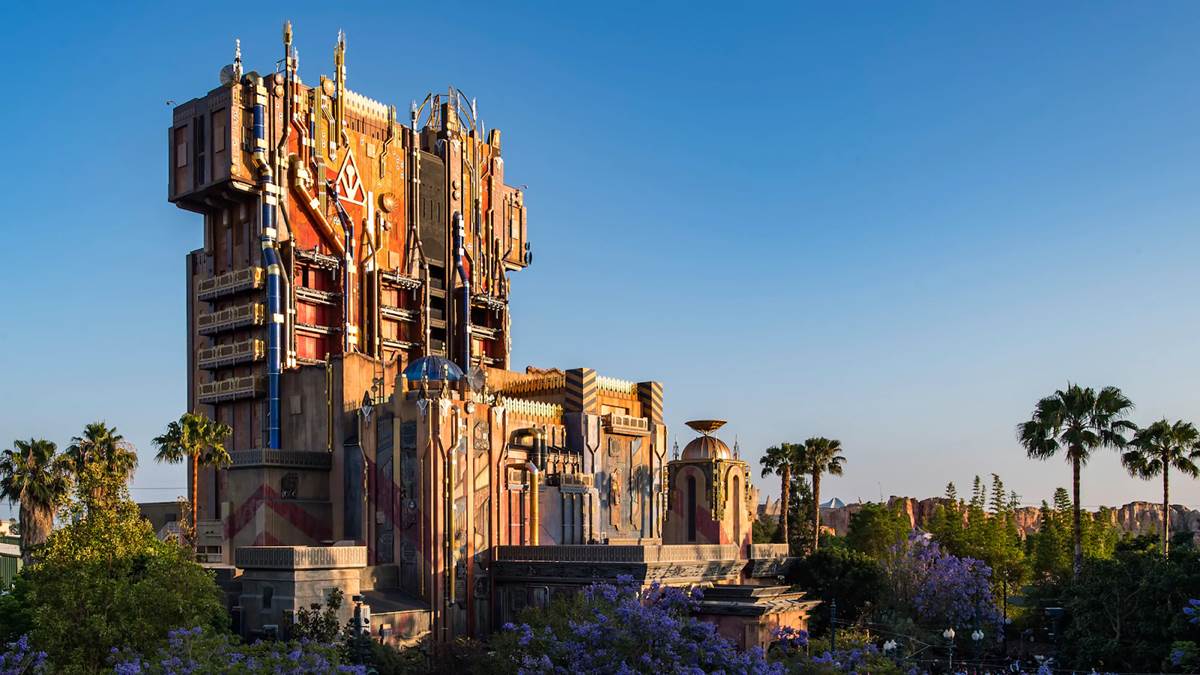 Rushed by a small window in which they needed to add a major attraction to the Disneyland Resort that wasn’t very far away, Rohde said he was tasked with taking their Twilight Zone Tower of Terror and finding a Marvel overlay. They had explored the idea of Spider-Man, but that character would need more space. They had also explored Dr. Strange before settling on the Guardians of the Galaxy. But how do you take a haunted hotel from the 1930s and put the Marvel spin on it? Rohde said, specifically of the California tower, “Looking at the building…there’s only a certain number of details on that building that make it look like a hotel. I can count them on one hand. If I pop those details off, I have a generic thing, and I can make that generic thing look like anything. I bet I could make it look like something from the world of Guardians, either from the film or the comic book.” Rohde used this attraction to demonstrate the research process he takes on for an attraction, “going back to 0,”  so “If somebody knows nothing, nothing, about Guardians of the Galaxy, nothing about Marvel, they have to look at this building and they have to be able to guess certain things. ‘That kinda looks like a fortress or a prison’ but it also has a lot of pipes so this place must require a lot of power to run.” and said the essence of this attraction, and what makes it fun is that they captured the irreverent feeling that Guardians of the Galaxy has. “Plotlines will go on forever, the feeling stays the same.” 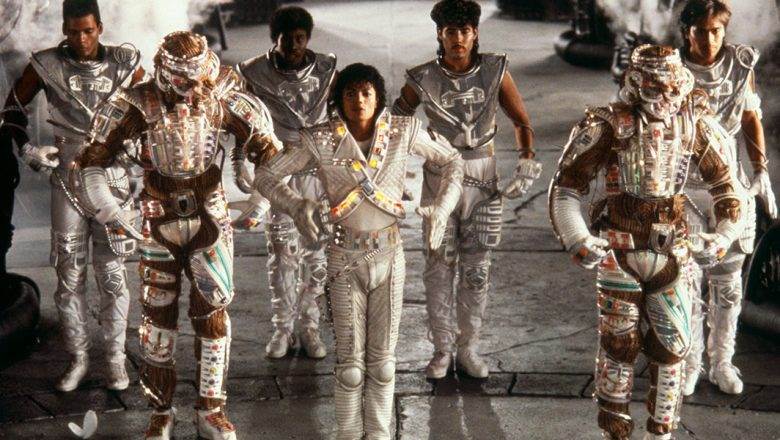 Rohde was also asked the questions we all would think to ask him if we got the chance. Regarding his favorite project he has worked on, he briefly mentioned Expedition Everest at Disney’s Animal Kingdom, saying in places that ride feels identical to Nepal or Tibet, before landing on Aulani as his personal favorite. The “Sociological impact of that project, no resort of that scale was devoted so exclusively to this idea of indeginious Hawaiian people and what they have to say. I will look back on that and say ‘THAT was a unique project.” 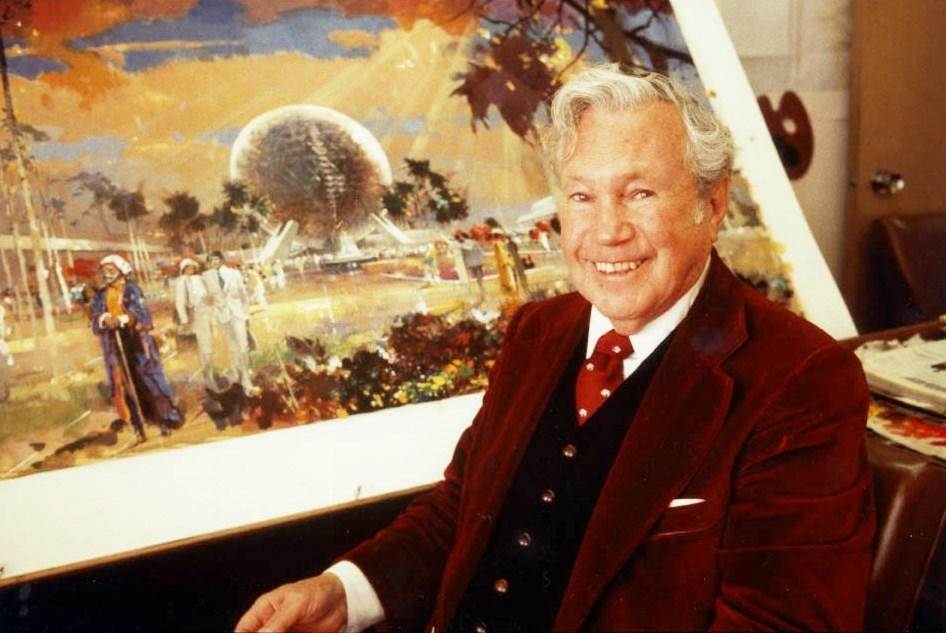 Rohde was quick to mention Herb Ryman when he was asked who inspired him. Ryman is the acclaimed artist at the Walt Disney Studios who was responsible for the priceless piece of art in the Walt Disney Archives, an overhead view of Disneyland that Walt Disney had him render in a single weekend that convinced bankers to give Walt the money needed for the new venture. Rohde said his first encounters with Ryman were very early in his career, as he was friends with the crew working on the Mexico pavilion. He was invited to Ryman’s home which was “Crammed with books. Art books. History Books. Research books,” noting that this was a man who traveled the world, sketched on location, did go to places like Angkor Wat, and all of his drawings and thoughts came from books and knowledge that was already in his head. “That’s how he could draw all of Disneyland in one weekend.” He cited Ryman, as well as Harper Goff as research people and that’s why he himself is “a research person.”

The greatest lesson that Rohde has taken away from his time at WDI he says, is that before you start to make decisions, and take on a tremendous amount of work, you must first figure out fundamental reasons why you’re doing this in the first place. “What is this whole thing actually about? What are we trying to say? What does it mean? What's the emotion? What’s the moral? What is this thing about?” Rohde suggests figuring that out “BEFORE you make the other decisions or very quickly you get swept away by detail decisions and they don't add up.” 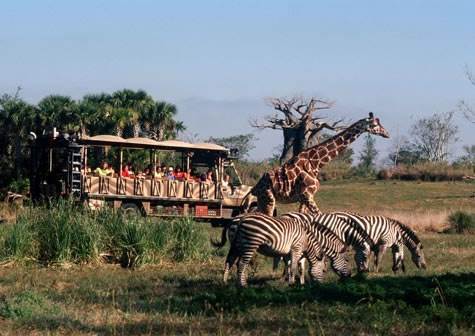 Rohde said his favorite memory from his career is something no guest will ever be able to do, and something that he himself will never be able to do again. He told a story about how weeks before the animals arrived at the savannah that makes up Kilimanjaro Safaris at Disney’s Animal Kingdom, the land was planted and finished. Teeming with native Florida wildlife though looking exactly like Africa. Rohde said he would take his mountain bike and would ride along the path the trucks would take, soon to be filled with free roaming wildlife like Giraffes and Rhinos and other large, potentially dangerous creatures and thought “Once this starts, I can never, and nobody, can ever do this again,” calling the experience “Very very special, one of my truly favorite memories of my career.” Early on in the interview, Rohde was asked why he picked now as the perfect time to retire. After explaining that he liked the nice round number of years, he added “And then the projects that I am working on are in pretty good condition, so it’s a good time for me to be able to step away without leaving a lot of confusion. I just thought this is the time to do it. If I don’t do it, it’ll be like another seven-year cycle, at which point I’ll likely be doddering out the door. I thought this was a really opportune time.” Though he never mentioned what specific projects he was working on, with the podcasters promising to circle back to that and never did, we do know this could be referring to Lighthouse Point, the second private port of call for guests sailing with Disney Cruise Line. Speculatively speaking, avid Disney fans might remember Joe tinkering with a Disneyland Tomorrowland model in The Imagineering Story on Disney+, so maybe there is a “Great, Big, Beautiful Tomorrow just a dream away” after all…