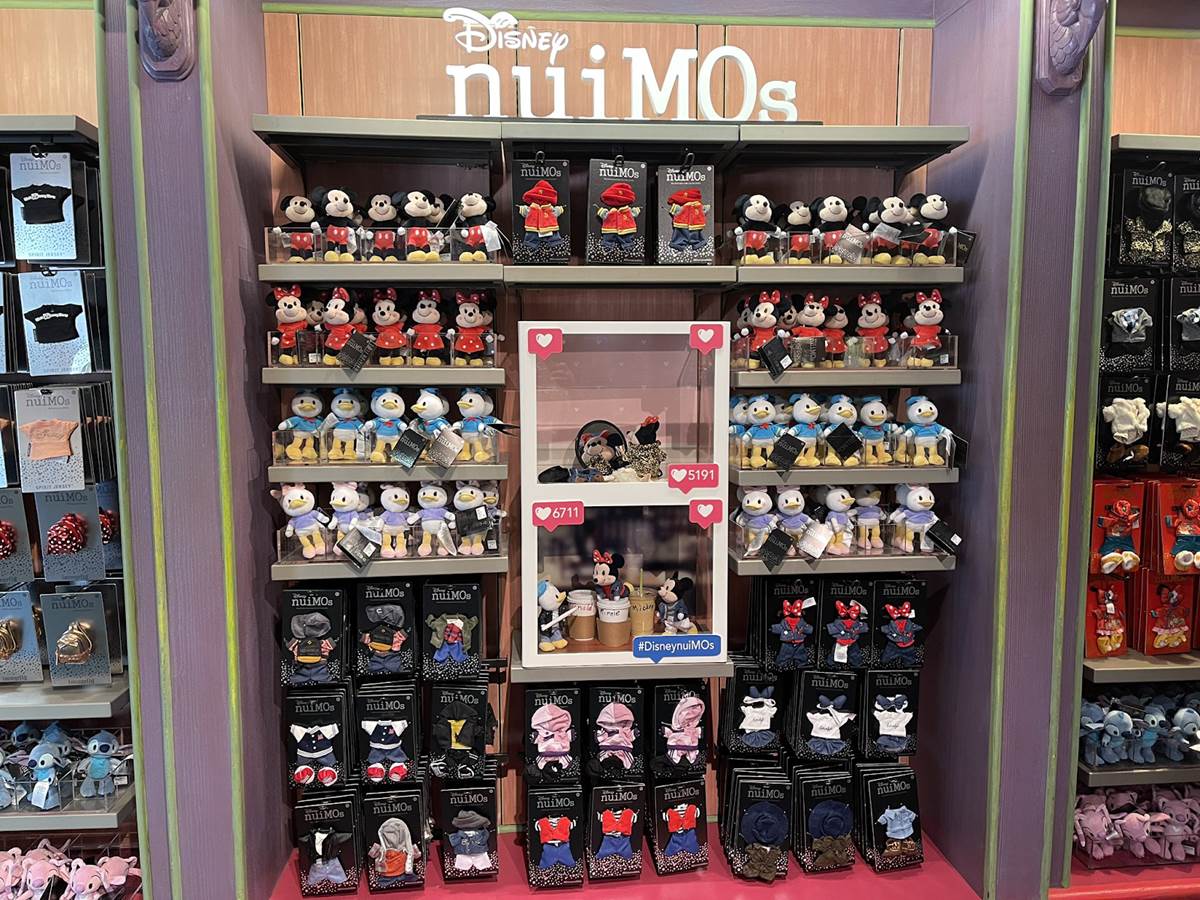 Disney nuiMOs have gone global! Leave it to Japan to come up with the cutest collectibles ever. I’m a big fan of all things Duffy & Friends, over-indulged on Tsum Tsums and when I made my Japanese travel dreams come true in 2019, my big Disney Store splurge was getting my degree from UniBEARsity with one of their adorable teddy bears and outfits. While shopping, I saw this new poseable small plush line with lots of outfits called Disney nuiMOs and I regretfully passed on hopping aboard that shinkansen train. But now that they’ve officially arrived in the U.S., I'm all aboard and ready to go. The premiere collection is now available on shopDisney, but I thought it would be fun to take a look at how the collection has evolved in Japan where it began. After all, everything that’s available in the around the world right now is simply the newest apparel collection from Japan along with some of the first characters released there. The U.S. launch collection of plush includes Mickey, Minnie, Donald, Daisy, Stitch and Angel. However, when I was in Japan in October 2019, they also had Goofy and his son Max, Chip and Dale, Judy Hopps and Nick Wilde from Zootopia, and characters from Winnie the Pooh. Because it was fall, the outfits for sale included trendy fall wear and Halloween costumes. For more photos from Japanese Disney Store’s, I’ve included links to my Japan trip reports at the end of this post. But first, a little history.

Disney nuiMOs made their official debut on November 1st, 2018 in Japan. Tsum Tsums (pronounced “Zoom zooms”) translated to “Stack Stack,” but what does nuiMOs mean? Like “Pokemon,” it’s actually a blending of two Japanese words: nuigurumi means “Plush” and moderu means “Model,” so nuiMOs is basically “Plush Models.” If Disney translated the name, it would be called PluMOs.

The introductory line included Fall/Winter apparel and only included four characters, excluding Stitch and Angel from the first U.S. wave. The new year not only brought along a few new outfits, including a line of kimonos, but also the introduction of four new friends from the Hundred Acre Woods. Winnie the Pooh, Piglet, Tigger and Eeyore became nuiMOs in February 2019.

April Fools Day is not celebrated in Japan, but surely it’s no coincidence that Chip and Dale joined the collection on April 1st, 2019, to torment Donald Duck.

Stitch premiered alongside Angel on June 26th, also known as Stitch Day, with adorable Hawaiian outfits for each character.

Goofy and his son Max joined the party in August 2019, introduced with a cute animated skateboarding video.

Little did I know when I first saw the line that Nick Wild and Judy Hopps were brand new in October 2019.

On November 1st, 2019, Disney nuiMOs celebrated their 1st anniversary with new clothing that included ball gowns and tuxedos. The dresses are still available on shopDisney.jp (they don’t ship to the U.S.A.) and it’s no wonder, each one retailed for around $40.00. The tuxedo was also a little pricey at $30 (the most expensive item in the U.S. collection so far are the LoungeFly bags and Spirit Jerseys for $19.99).

The characters rang in 2020 with some new traditional Japanese new year’s ware.

To celebrate the 80th anniversary, Pinocchio lost his strings and was added to the nuiMOs collection last January.

Summer 2020 brought the arrival of some new summer wear, but also some new accessories. Headphones perfectly sized for nuiMOs (around $10), chairs for them to sit in ($14) and inflatable pool toys ($12) made it even more fun to display your stylish plush models.

Alice, the White Rabbit and the March Hare came through the rabbit hole from Wonderland for a very merry unbirthday party last summer as well, further expanding the plush collection.

The J1 League of Japan professional football (soccer) also licensed jerseys for Disney nuiMOs. Fans in Japan could pick their favorite team or nuiMOs branded jerseys to get into the sports season. And in case you were wondering, you could also get the goal post and soccer ball as a bundle for around $12. Could American sports partnerships be far behind?

Things went to the cats and dogs over the summer with Marie, Berlioz and Toullouze from The Aristocats… 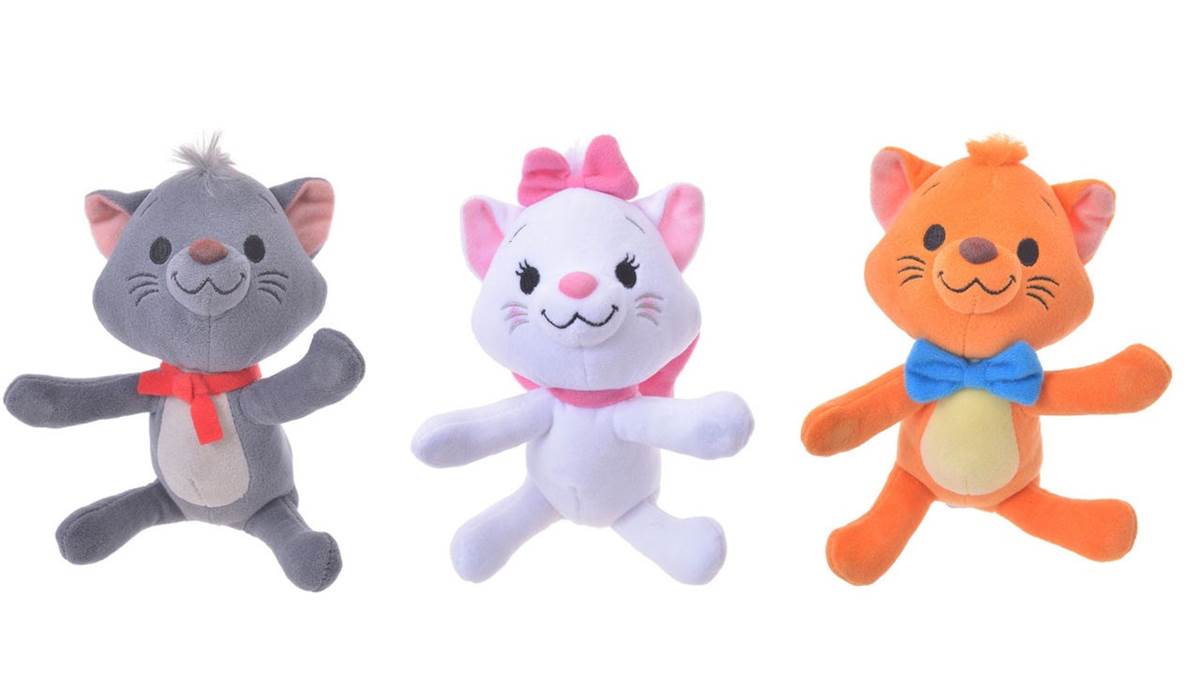 Accompanies by Mickey’s faithful companion Pluto. These animals don’t seem as dressable as the other characters, but they sure are cute. 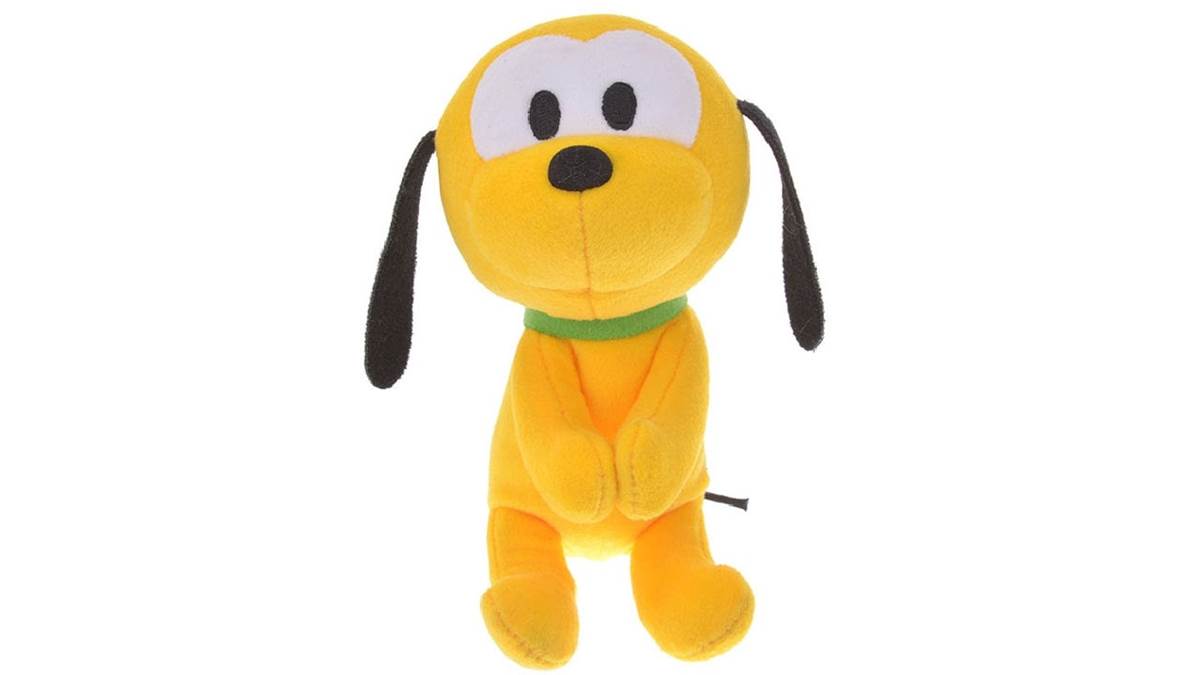 We may have just closed the door on the Christmas season, but take a look at just how amazing the nuiMOs holiday outfits were last month! 2021is here, the year of the Ox. In Japan, another new release are these adorable ox costumes.

Now Disney nuiMOs have launched worldwide, delighting Disney fans young and young at heart with the endless adorable possibilities to pose them. Just today, one of our Florida correspondents found a great photo opportunity for his Donald at Magic Kingdom.

Seeing where the collection has been in Japan can help us predict what’s in store now that Disney nuiMOs have gone global. I’m excited for the opportunities this collection affords and look forward to changing out my nuiMOs displays seasonally. 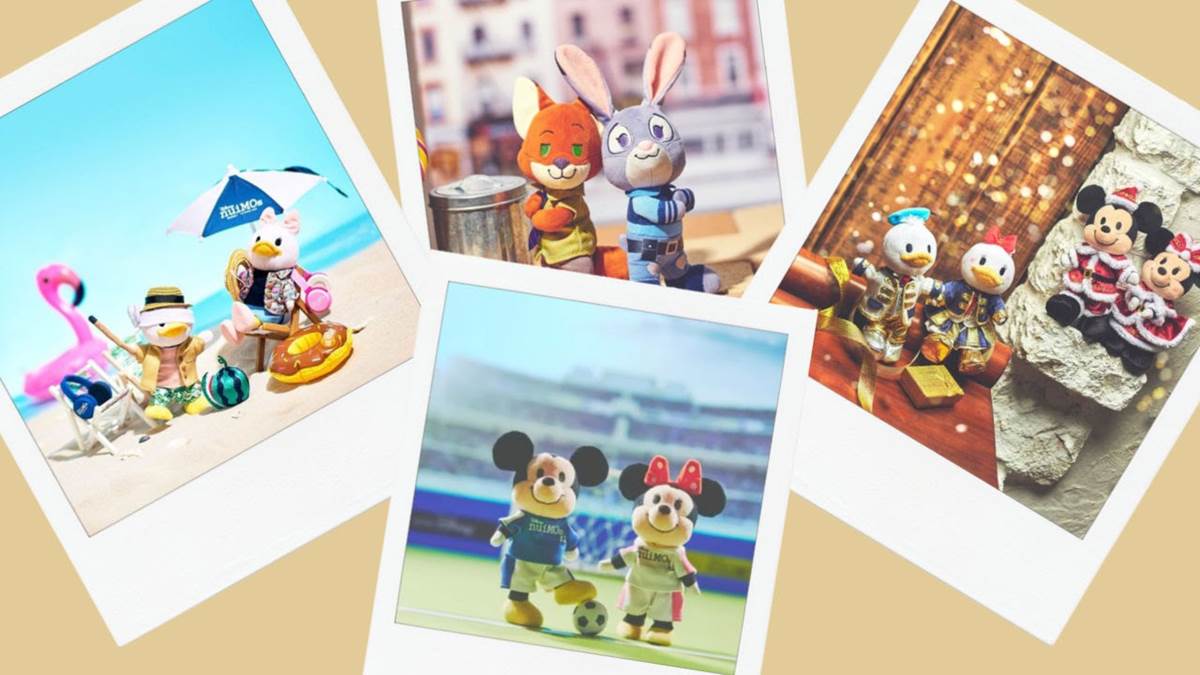 The next collection of apparel is scheduled to be released on February 1st with a line of Disney Bounding apparel designed by Her Universe founder Ashley Eckstein and Wesley Taylor. 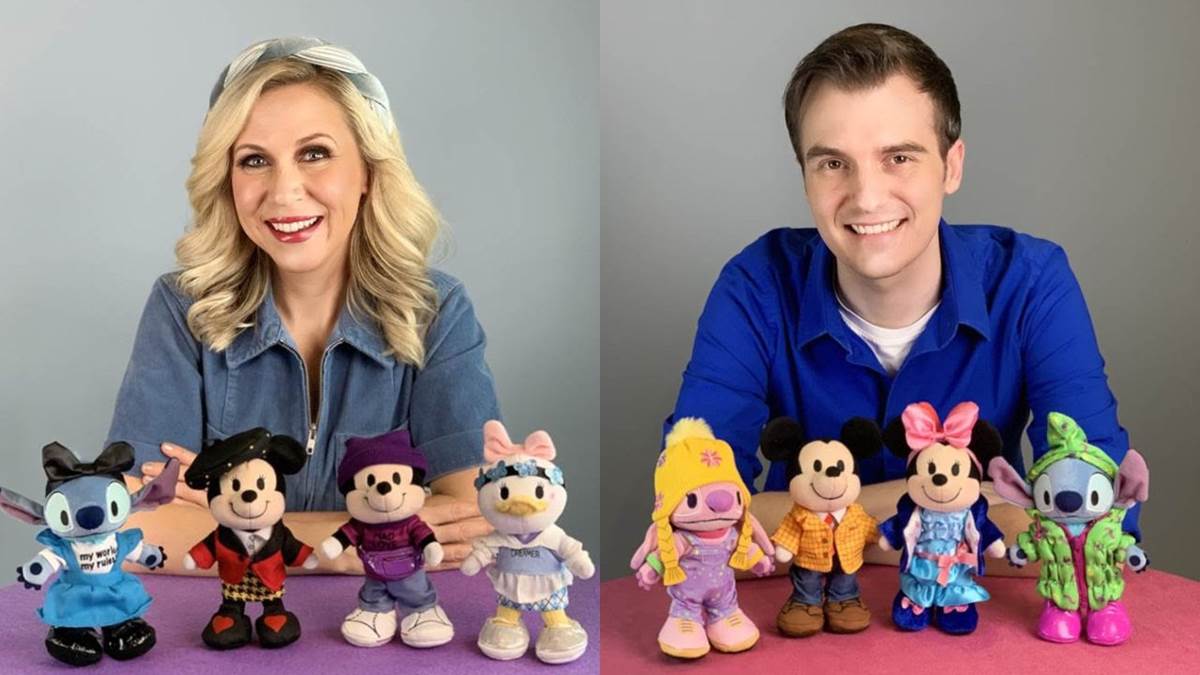