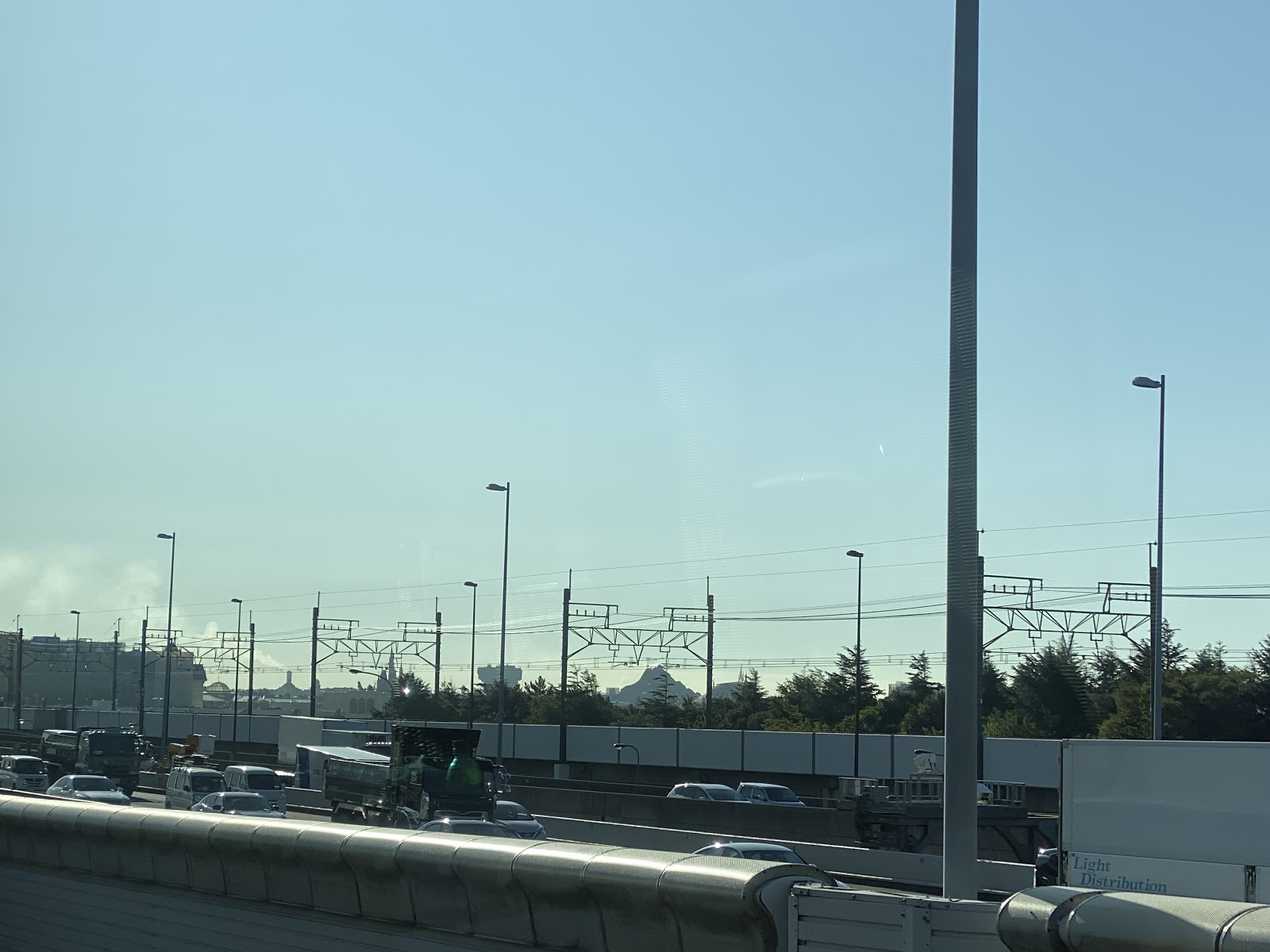 On our 30-minute bus ride from The Peninsula Hotel to the Tokyo Disneyland Resort, our Adventure Guides passed out our vacation packets that contained our park tickets, monorail tickets, breakfast vouchers, drink voucher, and FastPasses. There are two types, A and D. Twelve D FastPasses could be used at all attractions except for Soaring: Mystic Flight and Toy Story Mania. Those two attractions required an A FastPass and we were given three of those. We said goodbye to James and Tomomi and were given our final pin of the trip, one that is only given out when you do a Tokyo Disneyland Add-On. It features Duffy and ShellieMay and says “Sayonara Nippon.”

Tokyo Disneyland Hotel is gorgeous, similar to the feel of the Grand Floridian but with more Disney touches all over the place. The rooms feature lots of Disney accents as well, but twin beds are the only option for room arrangements and the rooms are only designed for two occupants.

The tickets you get through Adventures by Disney allow crossover on all three days (called “Park Hopping” at domestic parks), but the monorail transit takes up to 30-minutes and to maximize our time, we chose to do Tokyo Disneyland on our first day. We stayed in the park from open to close and even with the FastPasses, we weren’t able to experience everything. If you want to see shows or parades, you have to get there early. The big shows have a lottery system and we won tickets to PartyGras, but lost for One Man’s Dream II, which was our top pick as it is closing. We were able to see it, but it cost us an hour of productive park time to get a seat.

It was fun to see the ways Tokyo Disneyland is similar to Magic Kingdom and Disneyland Park, as well as the ways it is unique. The shows and parades really set it apart and even though many of the rides are exact clones of their Florida or California predecessors, the upkeep is exquisite and some of the attractions feature different effects that were added or changed later. The parades and streetmosphere entertainment are also amplified to a higher degree of quality.

On our second day, we rope dropped Tokyo DisneySea. Unlike Tokyo Disneyland, we found it easy to get through most of the attractions with our FastPasses. We didn’t ride everything, but we got through the must-do’s. Their Halloween water spectacle, Festival of Mystique, was incredible!

Everything you’ve heard about Tokyo Disney Resort being incredible is true. We had an amazing time throughout our entire Adventures by Disney trip in Japan and would love to go back to explore more of the beautiful country and culture. But Tokyo Disney Resort will definitely be part of our next trip and we’re thankful to Adventures by Disney for making it possible to do as much as we could during our add-on.