The second season of Peyton’s Places is in full swing and it follows the NFL great around the country as he explores the history of the National Football League, one piece at a time. For this ninth episode, Peyton sits down with legendary actor Kurt Russell to talk about his role in the film The Best of Times. 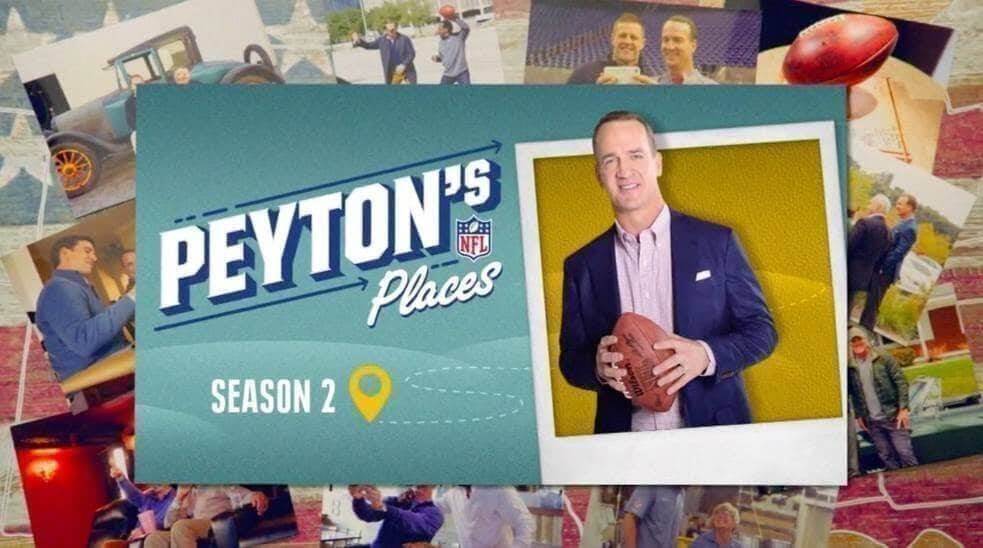 The episode opens up with Peyton and Russell sitting down to first talk a little football. Russell explains that he didn’t get into football until he started to watch Tom Brady. Peyton jokes that they can wrap up the episode there, given his long professional rivalry with Brady. Peyton decides to keep going though and Russell talks about his experience watching the Patriots lose to Peyton’s brother Eli and the Giants in the Super Bowl.

They then get into one of Russell’s films, The Best of Times, in which he played quarterback Reno Hightower. The two watch some of the movie and Russell talks a little about learning the game and what quarterbacks can do while making the film. He explains that, in a way, quarterbacks need to be good actors. It’s a very interesting concept to hear form someone who has since become a very big fan of the game.

Peyton then runs through some of Russell’s acting career, takes another jab at the Jets and eventually gets to Russell’s time as a baseball player. Russell explains that he just followed in his dad’s footsteps as both an actor and baseball player. Peyton explains that Kurt was actually a top prospect for the California Angels, working his way up to AA ball. Not only do you learn things about football from this show, but you also learn things about movie stars like Kurt Russell.

Russell then tells a story about acting in a movie called It Happened at the World’s Fair, at the age of 10 with a certain musician/actor named Elvis Presley. Peyton, having impersonated Elvis in a previous episode, expressed his jealousy in that. As we see a clip from the film, Russell explains that he got to throw a football with Elvis between takes.

They then get back to the film and break down some of their favorite moments. Russell talks about the intense shoot they wen through to make that movie, playing football for 8-10 hours a day for a week and half in rain, mud and cold. He explains that he would swap out with two stuntmen, throwing the ball and taking hits in that mud. Peyton talks about his neck injury that forced him to miss a season, transitioning into Russell’s baseball injury. The actor tells the story of the rotator cuff injury that ended his baseball career. He explains that he felt sorry for himself for a few days before he had acting to fall back on. Peyton jokes that if an injury cut his career short, he would have gone into acting. Russell validates this idea, calling Peyton a great actor.

Getting back to the movie, Russell explains the motivation for his character and how he brought Reno Hightower to life. He explains that it made him feel good running the team on the field and that helped him to get into character. Peyton explains that he almost didn’t run the team though, as he was originally cast to play the role of Jack, which eventually went to Robin Williams. Russell talks about seeing Hightower as the more serious character and thinking that was a better fit for him and his experience.

While Russell talks about his enjoying seriousness and realism in his film, he does admit to liking the cheesy moment of Reno emerging from the locker room wearing his famous white shoes. He justifies it as a major moment for the character who is starting to believe in himself again in this moment.

The pair then break down the final play of the big game in the movie, resulting in Robin Williams making the game-winning catch. Peyton explains that Russell never played organized football in his life but playing that character helped him to understand the game and what quarterbacks go through.

The episode comes to an end with an incredible video package of Peyton’s career, from childhood all the way up to retirement, with voice over from Russell about how fascinating the journey of a professional athlete can be. It’s a goosebumps-inducing moment that feels like it could have been used as the lead up to the Super Bowl or something of that sort. It’s easily one of the coolest moments this show has ever produced.

This is yet another fantastic episode of Peyton’s Places. Russell comes in with a very different perspective from most other guests and is simply one of the most charming and likeable people to join Peyton. We get to hear a lot of interesting things about Russell’s career and some insight into the connection between acting and football. And again, it ends with just one of the most spectacular moments this show has ever had.