Film Review: An All-Star Comedy Cast Fills “How It Ends” With Laughs in an End-of-the-World Comedy

In the words of Ru Paul, "If you don't love yourself, how in the hell you gonna love somebody else?" Written and directed by real-life couple Zoe Lister-Jones and Daryl Wein, How It Ends tells a story about a truth that is hard for some people to accept. Premiering at the Sundance Film Festival, this project takes a new approach to an important message and manages to do it in spite of a pandemic. 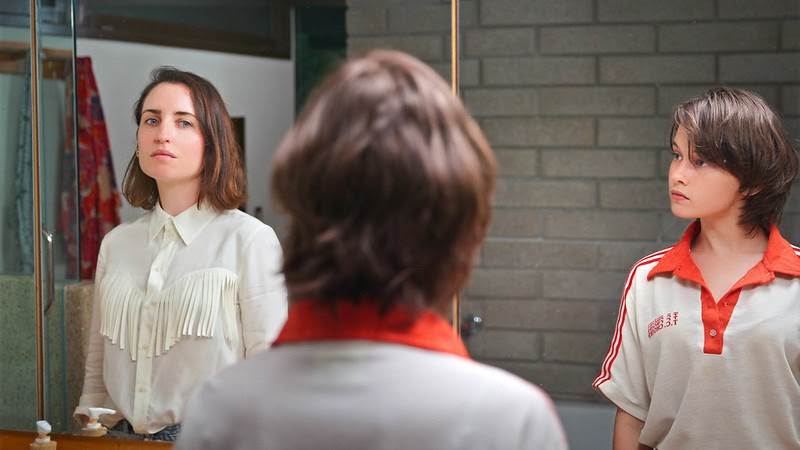 Liza (Zoe Lister-Jones) lives with a metaphysical version of her younger self (Cailee Spaeny) and it’s the last day on earth. With a doomsday clock ticking, she plans to tie up loose ends with her parents (Helen Hunt and Bradley Whitford), old friends (Olivia Wilde) and ex-lovers (Lamorne Morris and Logan Marshall-Green) before going to an end-of-earth party. Everything should be smooth sailing, but her car was just stolen.

The film takes a lighthearted approach to the end of days. None of the cast are particularly worried about the obliteration of existence and have all accepted the news that an asteroid will destroy earth at 2:00 am PT. How It Ends offers some truly hilarious moments, many of which come from a who’s-who cast of cameos that include familiar faces from the comedy world including Whitney Cummings, Nick Kroll, Fred Armison, Paul Scheer, Colin Hanks plus It’s Always Sunny in Philadelphia cast members Glenn Howerton, Charlie Day and Mary Elizabeth Ellis. Oh yeah, and Pauly Shore plays himself.

Having Zoey’s inner child along for the ride makes for an intriguing opening of the film, but gets lost in the second act, which runs long despite the short 90-minute runtime. The middle also finds the plot running stale because Zoey doesn’t necessarily have sins to atone for. Her day is primarily about trying to close old wounds and seek validation from the people important in her life, with the tone striking an uneven balance during these moments. Making peace with your own death is about looking inward, not outwards, and Zoey’s younger self is present for a reason, she’s just not put to great use until the end.

The cinematography is beautiful and the filmmakers took full advantage of the empty streets around Hollywood to film gorgeous shots of Zoey and Zoey walking around. It has enough humor to keep it from being bad, but also arrives at a highly predictable ending, somewhat ironic given the title. Your resonance with the story largely depends on whether or not you’ve learned Ru Paul’s important advice.

In many ways, How It Ends sounds like the kind of Sundance project that would spark a fierce bidding war, like what happened last year with Palm Springs, which Disney won for $17 million and debuted last summer on Hulu. With a big cast of recognizable names and faces and an intriguing premise, it’s a shame that it ultimately just meanders around killing time before telling you something that Ru Paul already made iconic.