Disney+ is already streaming one of the most famous nautical disasters of all time, Titanic. When Star premieres on February 23 for international markets, 1972’s The Poseidon Adventure will be back at sea waiting for a new audience to set sail. 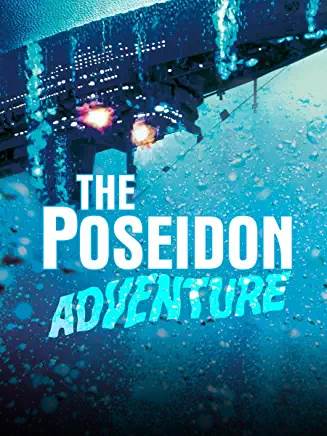 The 1970s disaster spectacular from 20th Century Fox placed viewers onboard the SS Poseidon as it’s hit by a giant wave and flipped one hundred eighty degrees. Many passengers die instantly, but some live and with a glimmer of hope a small group of survivors make their way to the stern and the bottom of the ship which is the highest point now for the upside-down vessel.

Led by Gene Hackman, the cast is filled with a plethora of talent that makes this seafaring disaster a timeless classic. The only thing that is dated about the film might be the wardrobe. Hackman’s character survives the initial collision with the wave and assembles a willing group of passengers who want to survive.

Amongst this group of survivors is Ernest Borgnine, Red Buttons, Roddy McDowall, Stella Stevens, Carol Lynley, and Shelley Winters. Each character must fight for screen time in the picture while trying to survive and yet they all make their mark in this epic saga of survival at sea.

Directed by Ronald Neame, the film was released on December 13, 1972, and was a box office success. Along with other notable disaster films like The Towering Inferno and Earthquake, The Poseidon Adventure was a new kind of film that would have an ensemble of stars, and the audience would have no way of knowing who would survive to the end.

With a budget of $5 million dollars and a total box office gross of almost $85 million in the US, The Poseidon Adventure would also garner awards nominations for some of their stars. While it only won one Oscar, Best Original Song, Shelley Winters who would win a Golden Globe for her performance and an Oscar nomination that same year. The movie would also garner an Oscar nomination in the Best Original Score category for composer John Williams.

The film would be rebooted in 2006 by Warner Bros Pictures, but the modern take was lucky to make a profit and seemed to lack the magic of the original film. When Star premieres on Disney+, subscribers could make it a Gene Hackman double bill with 1971’s The French Connection and 1972’s The Poseidon Adventure.