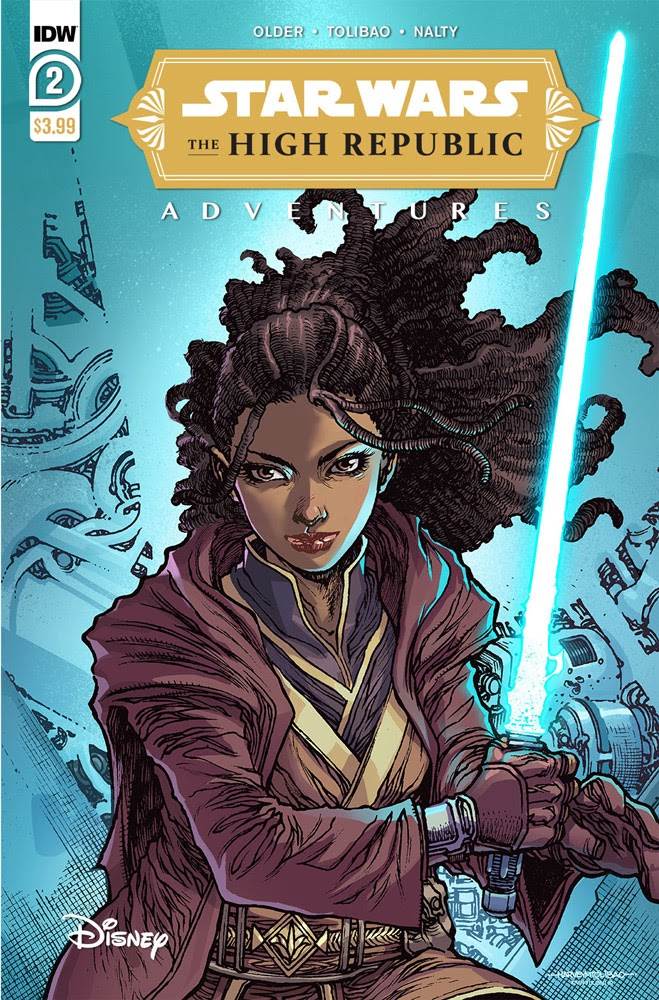 IDW’s Star Wars: The High Republic Adventures comic book is undeniably targeted at a somewhat younger demographic than its sister series at Marvel Comics, but so far writer Daniel José Older has done a good job of keeping things fast-paced and action-oriented for that audience while still appealing to older fans of the Star Wars franchise and tying into the larger The High Republic storyline as a whole.

Issue #2 of Star Wars: The High Republic Adventures picks up where the first one left off, with a group of Jedi Padawans helping the populace of a planet called Trymant IV (incorrectly spelled as “Tyrmant” in one caption this issue), which is in danger of being wiped out by fallout from the Great Disaster documented elsewhere in Lucasfilm Publishing’s The High Republic multi-platform initiative. Along for the ride are Jedi Masters Yoda and Torban Buck (AKA “Buckets of Blood”), who do their best to mitigate the situation while simultaneously dealing with the presence of the Nihil– a faction of deadly marauders who have invaded the system. 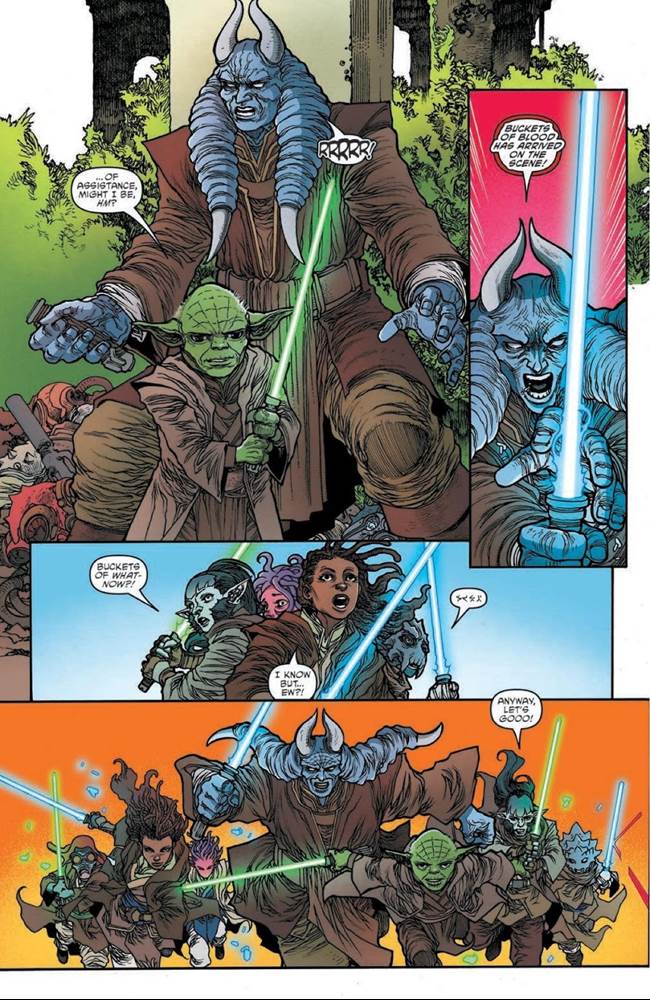 The Padawans have also discovered a Force-sensitive girl named Zeen Mrala who helps them in their battle against the Nihil, and we learn some more about Buck and what exactly his nickname means in the aftermath. Meanwhile, Yoda sneaks aboard the Nihil ship with the diminutive yet sharp-toothed creature known as Cham Cham in an attempt to rescue Zeen’s friend Krix, who it turns out maybe doesn’t even want to be rescued. This is a fun story that further demonstrates what the Jedi were capable of in their prime when faced with calamitous challenges such as the Emergences documented here and elsewhere in The High Republic, but I like that Older is willing to move the story along without dwelling on any one plot point for too long. 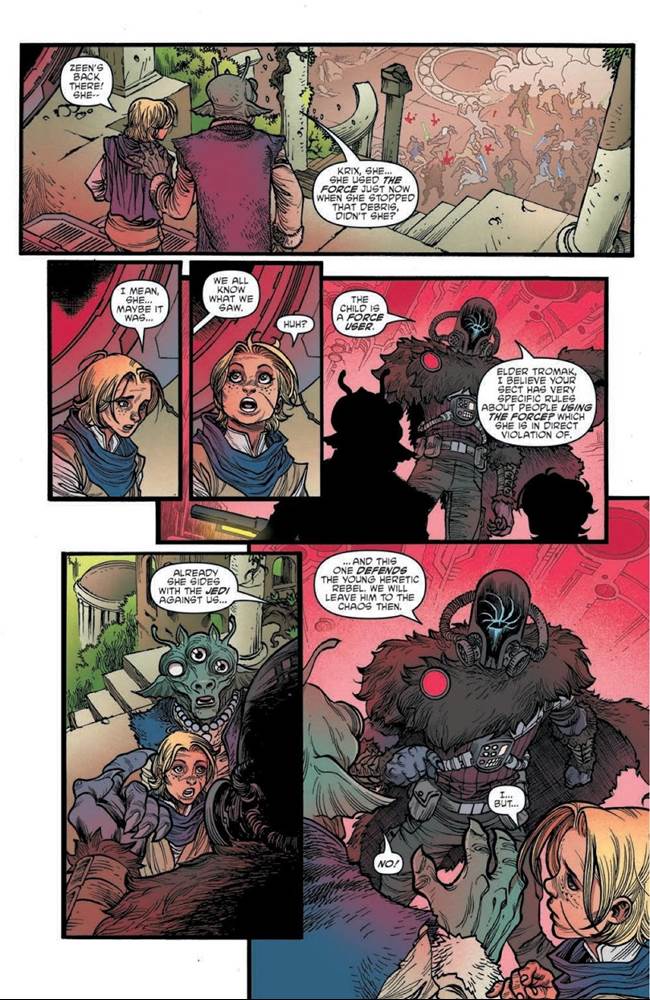 By the end of issue #2, Krix has left the planet with the Nihil and his Gran mentor Elder Tromak as they attack a Republic medical frigate, and the Padawans and their masters return to Starlight Beacon with Zeen in tow as a potential new recruit. It’s a zippy development and a welcome amount of story progress in an arc that I had first assumed would entirely take place on Trymant IV. And once again the art by Harvey Tolibao, Pow Rodrix, and colorist Rebecca Nalty match the spirit of what the writer is trying to do with this series– namely deliver a fun, easily accessible story that breezily ties in with what the rest of The High Republic team is doing in other comics and novels. I can only guess we haven’t seen the last of Krix and his interaction with the Nihil, and I’m looking forward to seeing how Zeen adjusts to her newfound family among the Jedi. 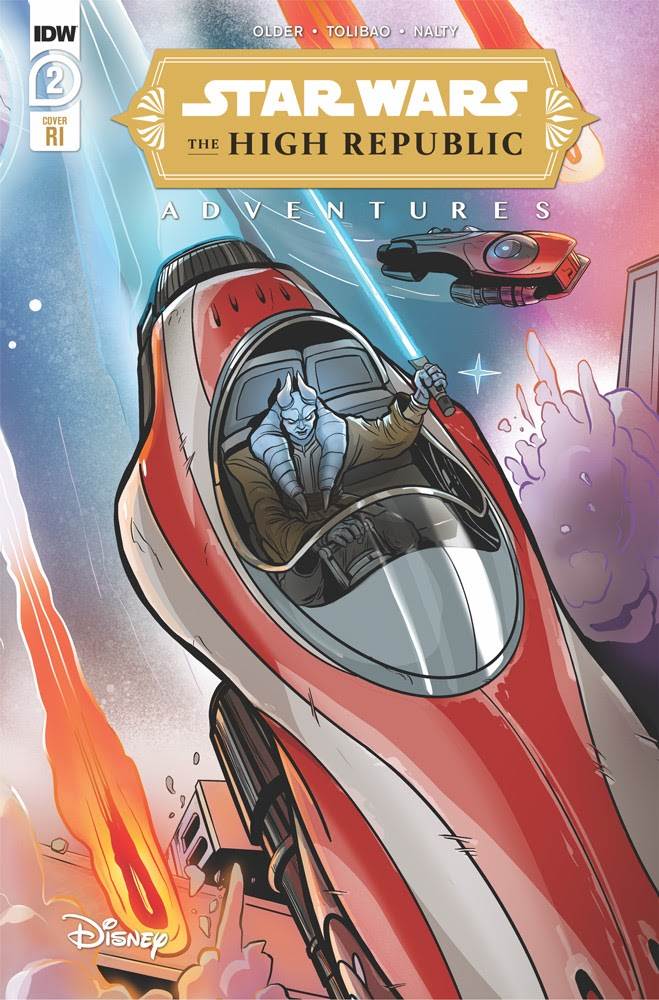