It seems that every time we visit Walt Disney World, there’s some new merchandise to discover and this week we came across Star Wars magnets! Most of these designs are from The Mandalorian and several of them feature The Child aka Grogu. Each magnet sells for $14.99. Let’s take a look! 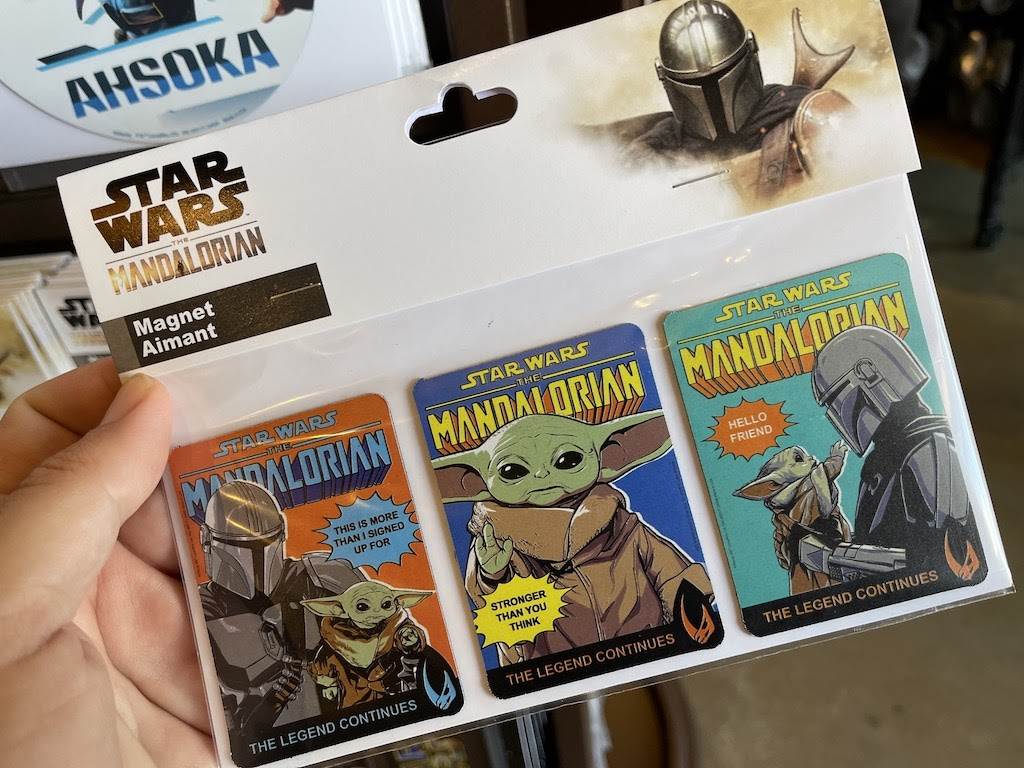 This first magnet features two force sensitive beings meeting, and for Grogu it’s like been a long, long time since he’s been in the presence of a Jedi. The magnet is flat on one side and curved on the other almost like a shingle. Below the picture is the name “Grogu.” 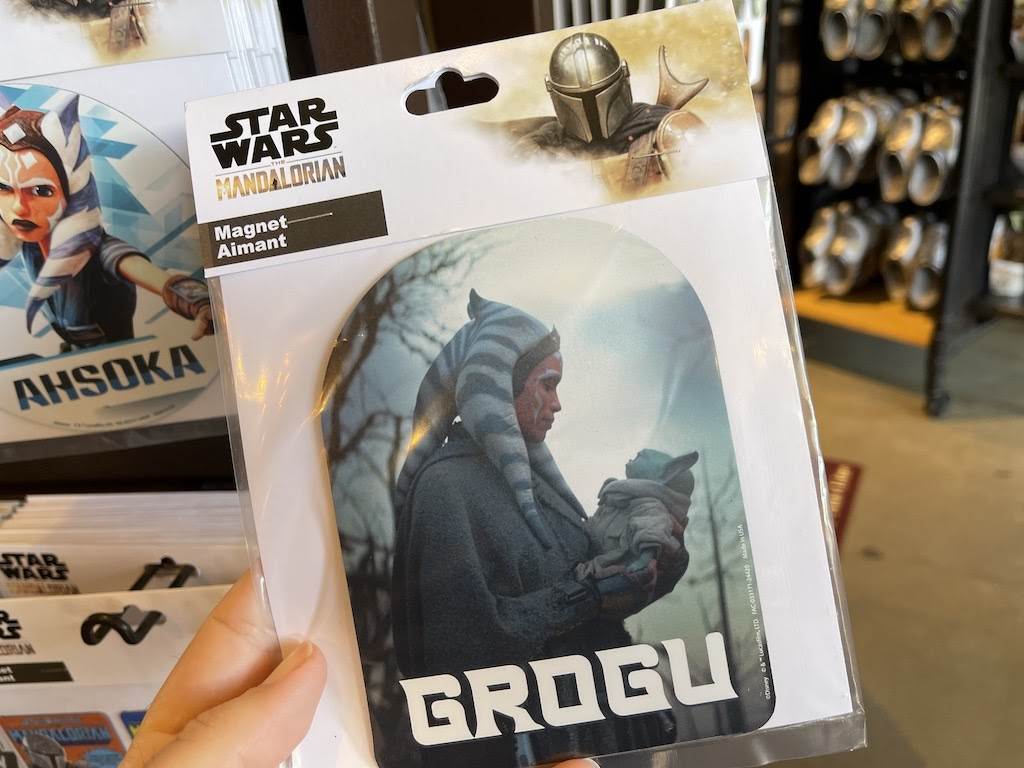 Veering away from The Mandalorian for just a moment we come to this circular “Ahsoka” magnet showing the energetic Jedi as she looks in the Clone Wars series. She’s in a fighting stance, ready to handle whatever comes her way. 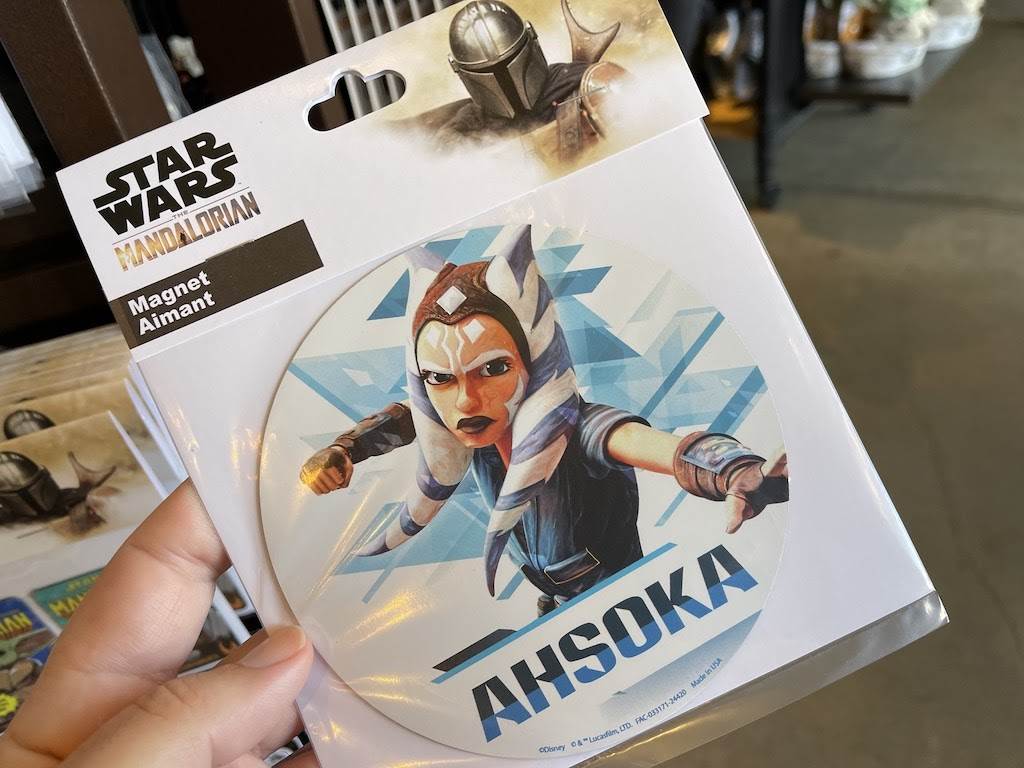 This Is The Way

Ok, back to the Disney+ series we find a grey magnet with Din Djarin’s (aka Mando’s) helmet and the words to the Mandalorian creed: “This is the way.” Din and the asset have formed a strong bond as clearly displayed on this magnet. The circular design shows the lovable duo after they’d been reunited and includes text that reads, “I’ve been looking for you.” 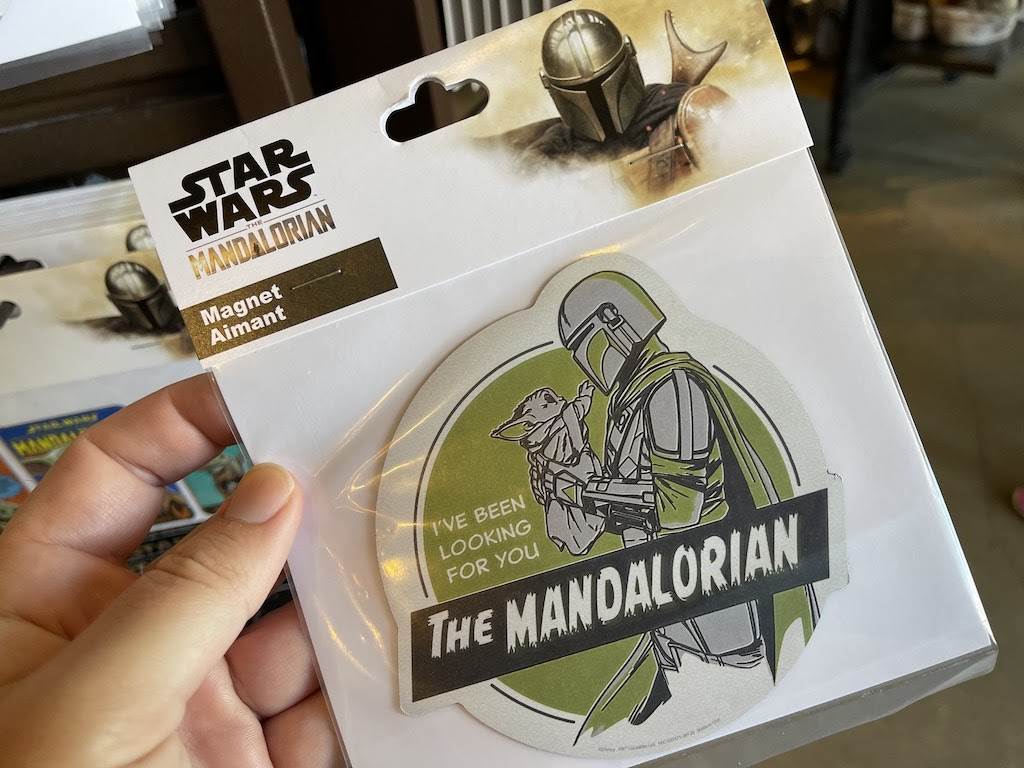 If you can’t decide which magnet to get, why not bring home this three pack? Two images have the Mandalorian Grogu together, and the third is a solo picture of The Child. Each one has a different saying: “This is more than I signed up for;” “Stronger than you think;” “Hello Friend.”

And finally, we wrap this post up with an Easter-themed magnet that includes some of the Skywalker Saga’s best characters! Chewbacca, C-3PO, R2-D2, and a Porg have morphed into seasonally appropriate shapes amidst text that reads, “A long time ago in a GAL-EGGSY far, far away…” 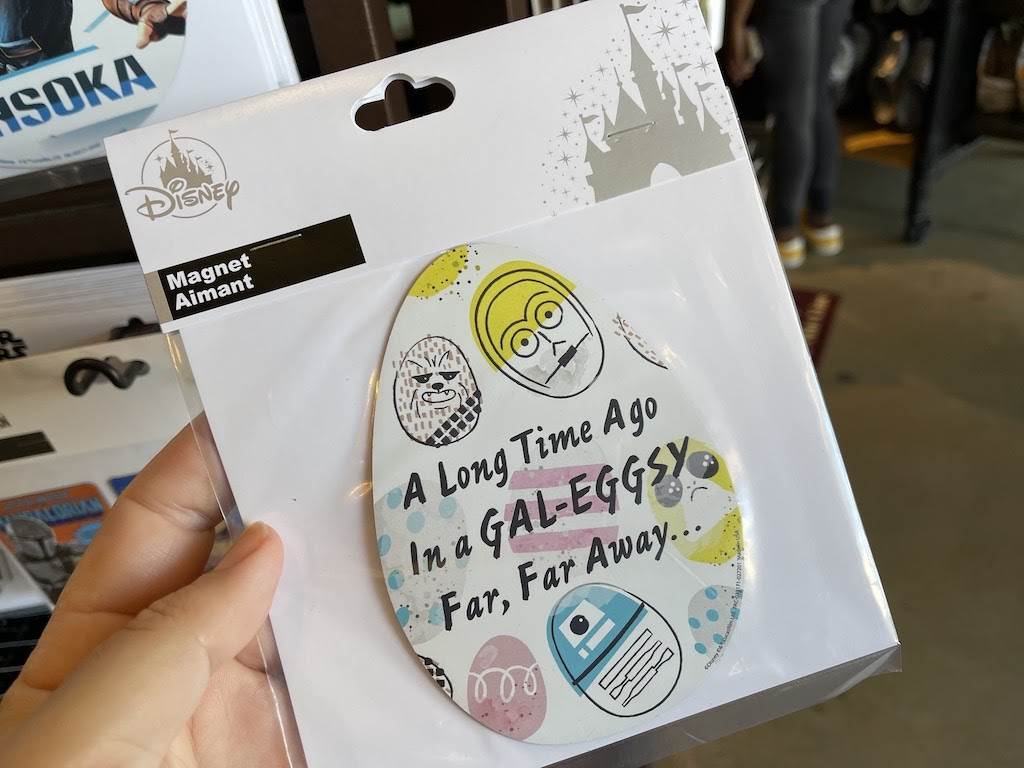 All Photos by Jeremiah Good.