Pixar’s Oscar-nominated animated feature Soul arrives on Blu-Ray, 4K UHD and Digital today and to celebrate, I got to talk with Story Artist Michael Yates who worked on the film. Michael started his Pixar career in 2015 on Cars 3 and Toy Story 4 and is currently working on an upcoming film that hasn’t been announced yet. As a Story Artist, Michael helps bring the story to life before each scene is animated. 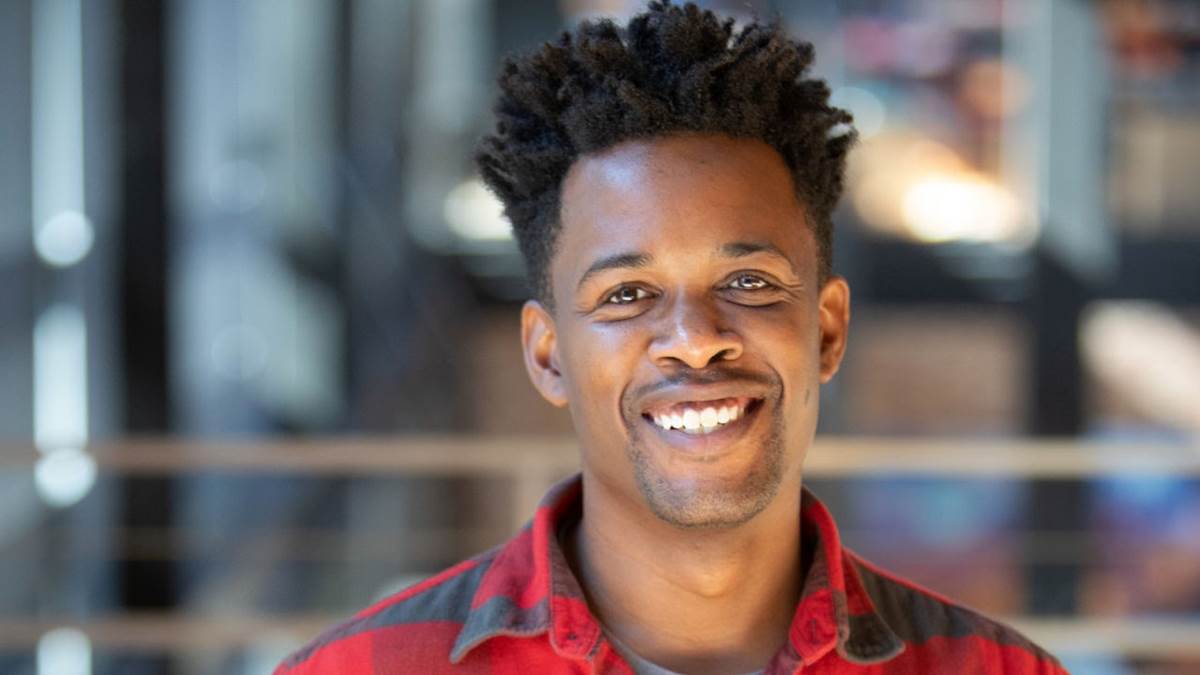 Studying animation at Ringling Bros. College of Art and Design, Michael revealed that after his first year, he found that he didn’t love the slow process of animating. An internship at Walt Disney Animation Studios introduced him to the storyboarding process where he fall his calling, which led to an internship at Pixar Animation Studios where he got to refine his career before finishing his higher education. While his artwork may not appear in the final film, you’ll see a lot of Michael’s work when you watch the deleted scenes, which are all in storyboard form.

“As soon as I heard we were making the film I was like ‘I’ve gotta get onto that one’ and I remember having a quick coffee with Pete Docter and saying ‘I gotta work on this film,’” Michael Yates revealed about how he come to work on Soul once the story process was completed on Toy Story 4. Knowing that Joe Gardner would be the studio’s first Black lead character, Michael revealed that there was pressure to get it right, but the entire weight didn’t rest on his shoulders. Through a Black Culture Trust of Pixar employees, Michael had a constant support group to work with. “We would meet up and talk through all different aspects of the film, from character designs, there would be a lot of discussions about is it too far, is it not far enough, are we being too safe, are we not specific enough, a lot of that was in the beginning.”

Plots and characters go through many changes during the story process at Pixar and Soul is no exception, with many artists contributing elements to each character or moment. “I have a cousin who was a really good musician, could pick up any instrument and learn it in a week. I tried to pull stuff from him and different teachers I’ve had over the years, even people that I went to church with,” he shared, explaining how people from his own life ended up inspiring parts of Joe Gardner. “I think the other thing that helped a lot was once Jamie Foxx was brought on board, he added a lot to the character and it just sort of cemented, ‘Oh, this is how he should act’ and it made things flow a lot easier.”

Unlike his work on Cars 3 and Toy Story 4, which already had a well-defined look, when Michael Yates entered the story room on Soul, character designs were often changing. “When we first started drawing Joe, by the end of the film his design had changed maybe 2 or 3 times,” he shared, explaining that in the early days, each story artist drew the character differently. “At a certain point, once the design gets narrowed down, is when you start to go that way. A lot of story artists don’t quite make it there because you’re like two years in, I don’t need to change the way I’m drawing them now, which is interesting when you watch the final film because the design adds so much more to what you were missing at that point.”

Speaking of the character design, Michael Yates took time out of his day to teach members of the press how to draw Joe Gardner in human and soul form. Having drawn hundreds of these per week, Michael is quick enough to do them in just a few minutes using PhotoShop, even adding shading to the characters. You may notice in his artwork above that he has drawn a suggestion of Joe’s glasses without finishing them, which was intentional. Since his storyboards have to convey the character’s emotion, he leaves the eyes completely visible.

Pixar fans and movie collectors can now bring home Soul on Blu-Ray, 4K UHD and Digital where they can see some of Michael Yates’ storyboards in action through the bonus features menu of deleted scenes.