The second episode of the Marvel’s The Falcon and the Winter Soldier debuted today on Disney+ and it introduces some very interesting new characters. There’s already a lot going on in this series, but we may have just gotten a glimpse of a lot of things still to come for the future of the MCU. 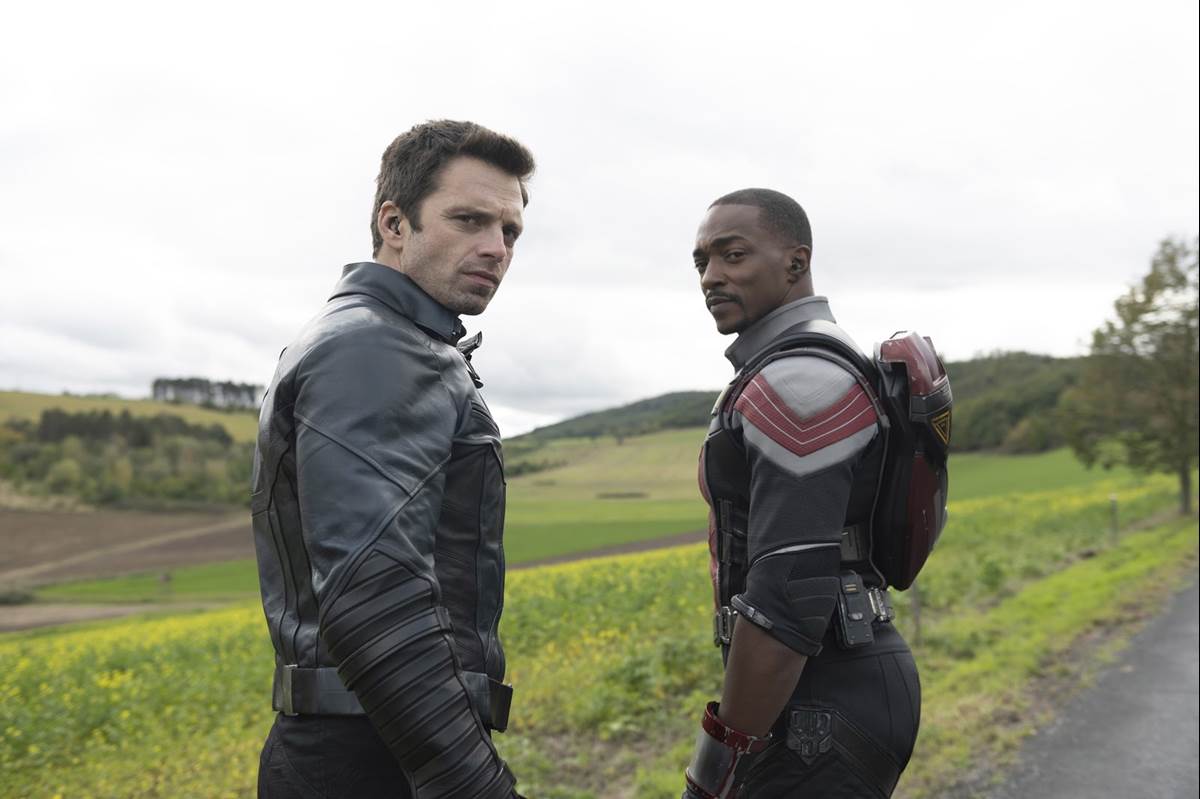 After last week’s episode introduced us to John Walker, we got to know the new Captain America a little bit this week. We also got to see Sam and Bucky team up again and get back into the action as they pursued the Flag Smashers. But for Marvel Comics fans, there were several other reveals in this episode that may he been a lot more exciting.

Four new characters were either introduced or at least mentioned in this episode and each one of them some with some implications based on their comic book history. Let’s start with the most obvious. Very early in the episode, we meet Lemar Hoskins. He later gives Sam and Bucky his superhero name, Battlestar. The hero serves as the Bucky to John Walker’s Captain America in the comics for a while, which is exactly how we see him in the show. There may not be too much of a future in the MCU for Battlestar, but just his existence, combined with the existence of another character we’ll get to later, could be a clue for where this series is going. 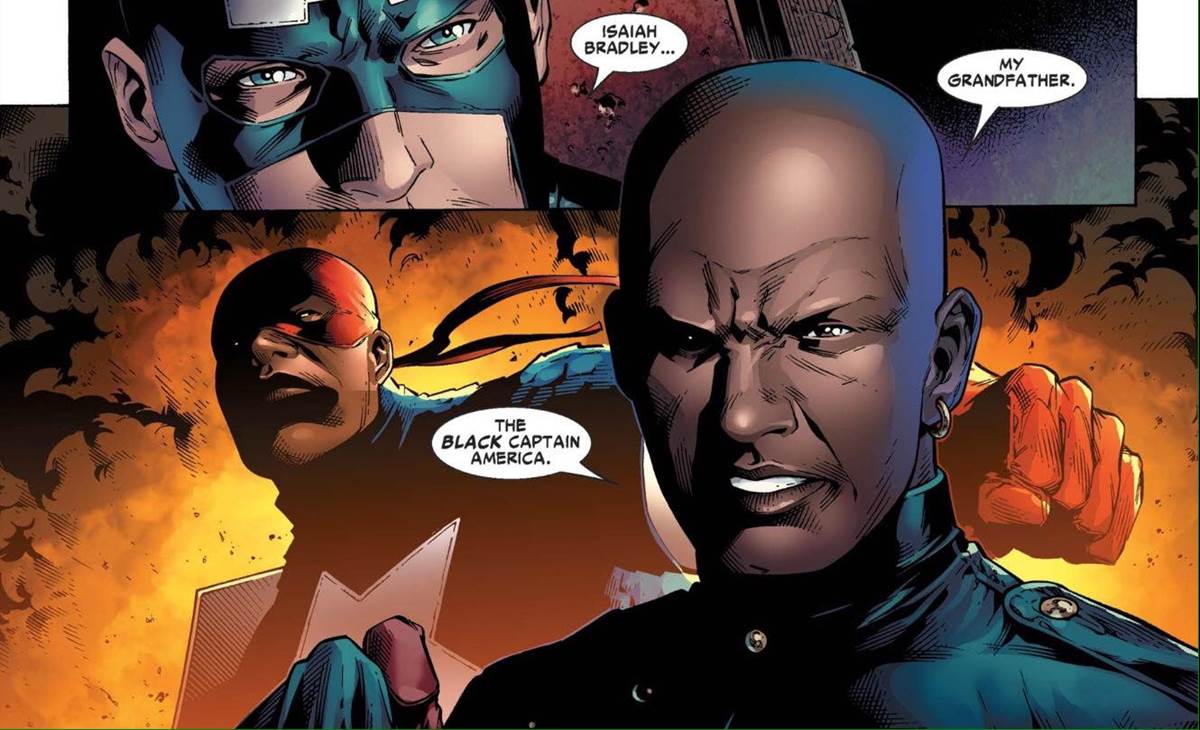 In the middle of this episode, we meet Isaiah, a former acquaintance of Bucky’s. The two had fought in the past and Isaiah actually got the best of the Winter Soldier because he is actually a super soldier. In the comics, Isaiah Bradley was the Black Captain America, filling the role then-vacated by Steve Rogers.

Now, Isaiah’s role in this show is spelled out for us in this episode. The super soldier was later imprisoned and used as an experiment by multiple parties, potentially to create more super soldiers. That’s not going to be his only legacy though. The more important part of the introduction of Isaiah, is actually his grandson. 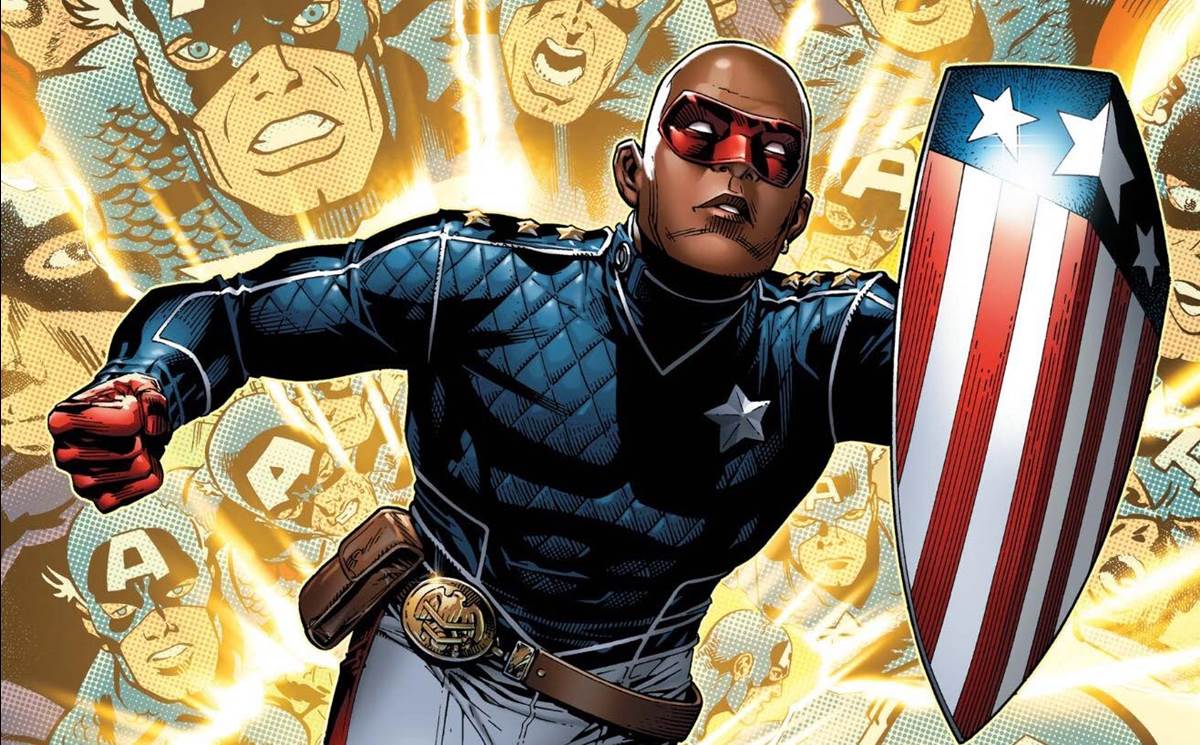 The MCU has been quickly introducing members of the Young Avengers. Cassie Lang has been in the Ant-Man films, Billy and Tommy appeared in WandaVision, Kate Bishop is set to appear in the Hawkeye series and now we’ve met Eli Bradley, also known as Patriot. Eli models his superhero persona after Captain America and it makes sense, as he is following in his grandfather’s footsteps. This young man should have a much bigger role ahead of him than just opening the door for two Avengers. 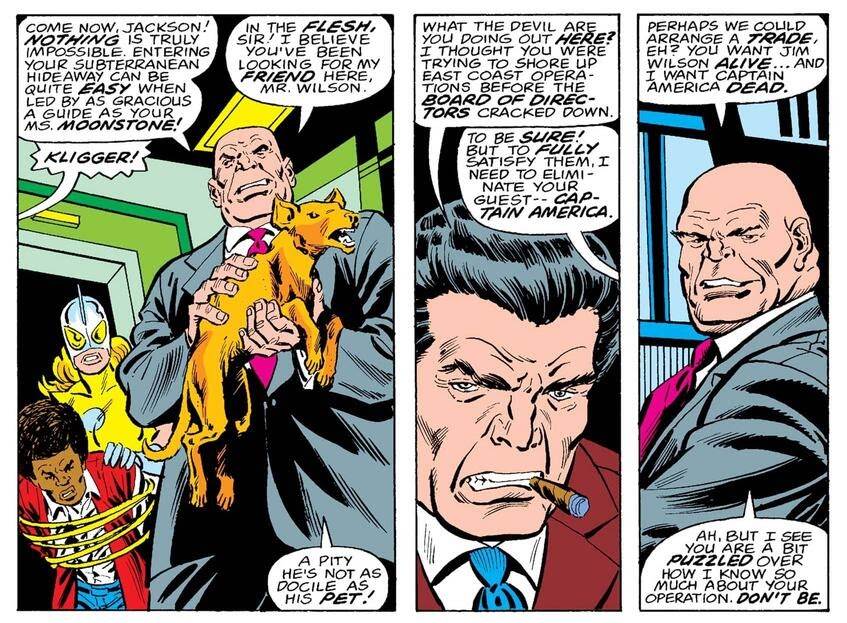 And that brings us to our final and most subtle introduction. We don’t actually meet the Power Broker in this episode, but he is mentioned by one of the Flag Smashers. As Karli has her team trying to escape, another Smasher explains that the “Power Broker’s men” are coming. So not only did this episode endear the Flag Smashers to the audience, but it may have introduced a new set of villains.

So who is the Power Broker? The alias belongs to a man named Curtiss Jackson who started a company called, you guessed it, Power Broker Inc. Super villains can be so on-the-nose. He has used his corporation to create and arm other villains and actually even had a hand in augmenting the strength of both John Walker and Lemar Hoskins.

Like I said, the presence of this character has some major implications for the future of Walker and Hoskins. While this episode shows us that Walker may not be such a bad guy after all, there may just be some skeletons in his closet. Are the new Captain America and Battlestar juiced up super soldiers as a result of illegal experimentation? If so, they may just be getting their strings pulled by the power broker. Which would explain why they’re so eager to take out the Flag Smashers.

You can check out our full recap of this latest episode here. And of course, you can watch the first two episodes of The Falcon and the Winter Soldier on Disney+ now.