The newest Disney+ original series, Big Shot, premieres this Friday, April 16th. From legendary TV producer David E. Kelley, this new dramedy is sure to inspire families and keep viewers coming back each week. To celebrate the release, I got the opportunity to speak with Richard Robichaux, who plays school counselor George Pappas in the series and delivers some of the biggest laughs.

Don’t miss your shot at getting to know them when #BigShot, an Original Series, starts streaming April 16 on #DisneyPlus. (10/10) pic.twitter.com/DWrsvALI4w

Alex: I really enjoyed what I’ve seen of Big Shot so far. I was curious to know what the audition process was like for Big Shot. How did you get involved?

Richard Robichaux: I was actually doing a film in Georgia and I got the audition. My manager said "I think this is perfect for you." And said "Can you put it on tape?" And we kept going late, over and over and over again, this movie, so I could never find time to put it on tape. And my manager was really on me, and he was like "Richard, I think you're perfect for this. Please, put it on tape." And then it's 6:00 in the morning, in my hotel room, with another castmate who shot it in the kitchen of my hotel room, I auditioned. And now I'm sitting here with you.

Alex: Nice. What kind of preparations did you do to play George Papas, who is a school counselor?

Alex: What was it like getting to film then in kind of your backyard, since you teach in the same place the show is set?

Richard: That was heaven. We film in LA, but LA and San Diego are so close. But what I noticed is that all the plants and everything, they keep trying to make it like San Diego. And I keep wanting them to do some exteriors in San Diego, because where I teach is right by Torrey Pines Golf Course, which is this incredible golf course on the ocean, which I've never played at. And I was like, ‘Oh, maybe because I'm on a TV show, I can play at it.’

Alex: That’s funny. The series is about teamwork. Was there a team atmosphere on set? Did it at all feel like you were part of a sports team while making the show?

Richard: That's such a smart question. Because of the pandemic, we really did have to become a team. When we decided and Disney decided, they put these incredible safety precautions together, to put us back to work. How we played was different, masks, hand-washing. We had shields, we had all these rules and precautions, which did keep us safe. And so, what ended up happening was John Stamos and Yvette Nicole Brown started this text chain with the cast. And so we were constantly in touch using this text chain, which then I was like ‘I'm on this text chain with John Stamos. How did this happen?’ It was just the greatest team. And just last night, this is the truth, just last night, there was a text chain that was going around saying, ‘Good luck tomorrow,’ because everybody knew we'd be talking.

Alex: That's so awesome. And you mentioned John Stamos and Yvette Nicole Brown, most of your scenes seemed to be with the two of them and also Toks Olagundoye. I was curious to know, did you guys get much time to kind of work out the dynamics of your characters and the chemistry before filming began?

Richard: We did a little bit. I mean, we really hit it off really quickly. I teach theater and John is a great theater actor. A lot of people don't know this, but John Stamos is a really phenomenal theater actor. He's done Broadway and musicals. And so he and I really hit it off really fast. And then Yvette and I have a spiritual connection, and we also just kind of fell in love with each other. I mean, she cracks me up, I crack her up. And I think there's something between Yvette's principal and my counselor that I think there's like a love-hate relationship. I think maybe George Pappas eventually wants her job. There's something going on there.

Alex: You mentioned the COVID interruption. I was curious to know what was the timeline like in total? How long did you end up working on the series with all the starts and stops?

Richard: Oh, this is going to blow your mind. So we started at the end of 2019, and then we wrapped early this year. So we had lots of stops and starts, but Disney was really strict about when we could start back. And I'm really grateful to Disney that they didn't just cancel the show, because they easily could have done that. They could have said, ‘You know what, let's just start over or something.’ And instead, I think they saw something in the show, which hopefully you saw and I see. There's nothing like this on television right now and they want to lean into it. And so, they did. They made that commitment.

Alex: This project obviously has a lot of clout with David E. Kelley behind it and all of his success throughout his career. Did this feel different to you, knowing that he was behind it and knowing that the material was touching on topics that you don't see often?

Richard: Yes, without a doubt. I mean, David E. Kelley is a draw, especially for an actor. And you'll know, because of your experience and your knowledge about … This is sort of like more of an older David E. Kelly show, isn't it?

Richard: So it feels like it's that dramedy where you don't know if you're going to cry or you're going to laugh in the episode, and you might do both in the same moment. That's an actor's dream.

Alex: What was one of the biggest surprises or delights of the series, of being in this show?

Richard: Well, the fact that John Stamos is exactly what you want him to be. I mean, I've worked with a lot of actors and you never know if their persona is going to match who they are in real life. I knew all my scenes were going to be with John, because of my character. So you just cross your fingers and hope… I mean, it's so actor-y, it was like, ‘Oh my God, I hope he likes me.’ And it turned out that he does, and I like him. And he's just so great. And he's funny, and he's smart. I mean, we're often confused for each other on set, because we're so similar. So I don't like to take pictures next to him. I can promise you that, Alex. But that's been the biggest surprise, that we'd become friends.

Alex: This being a Disney production, was there anything that the company or the creative team was able to do to make it special? I know usually when you're working with Disney, you get to do some kind of an after party or maybe a Disneyland visit, but a lot of that wasn't accessible.

Alex: That's awesome. I’ve only seen the first several episodes so I don't know what the long-term plan is for Big Shot, but if it comes back for a second season, where do you think George Pappas is going to be in his career?

Richard: Yeah, it's interesting, because I think George is so negative towards Marvyn Korn, towards John's character. And I think I like to start the character there because then we get somewhere to go. I think there'll be a lot of opportunities for John and I to have to be put in positions where even though we're against each other, we have to fight for the same cause. And I think there's an odd couple pairing between he and I, not just because he has gorgeous hair and I don't have any hair, but I think there's an odd couple pairing there that we can … There's lots of stories we can do.

Alex: Was there a favorite day or moment on set or throughout the experience that really sticks out to you?

Alex: Nice. Did you get to interact much with the kids? You play a school counselor,  but we only really see you interacting with the other teachers in the first few episodes. Did you have much interaction with any of the teenage cast?

Richard: I don't in this season, and I think that's something that will be expanded in the next season, if we do a next season, because I think the beginning … Right now, there's so much to set up about all of their relationships. And I think just like in real life, a lot of school counselors, I know this as a teacher, I wish the students would come to me and they don't, they go to each other. I think that push and pull will probably be something in the second season that we see.

Alex: You spent several years on the ABC soap opera All My Children. With Big Shot being created through ABC Signature, was it a bit of a homecoming for you? Did you get to reunite with any of your former ABC colleagues?

Richard: Oh, I wish, I wish, because that was in New York, but ABC did cast me in my very first TV job, which was Spin City with Michael J. Fox. And so, then to come back to ABC and Disney, it's been really sweet.

Richard: Thank you so much. And thank you so much for supporting Disney the way you do. I can't tell you how proud I am to work for Disney. It's exceeded my expectations. 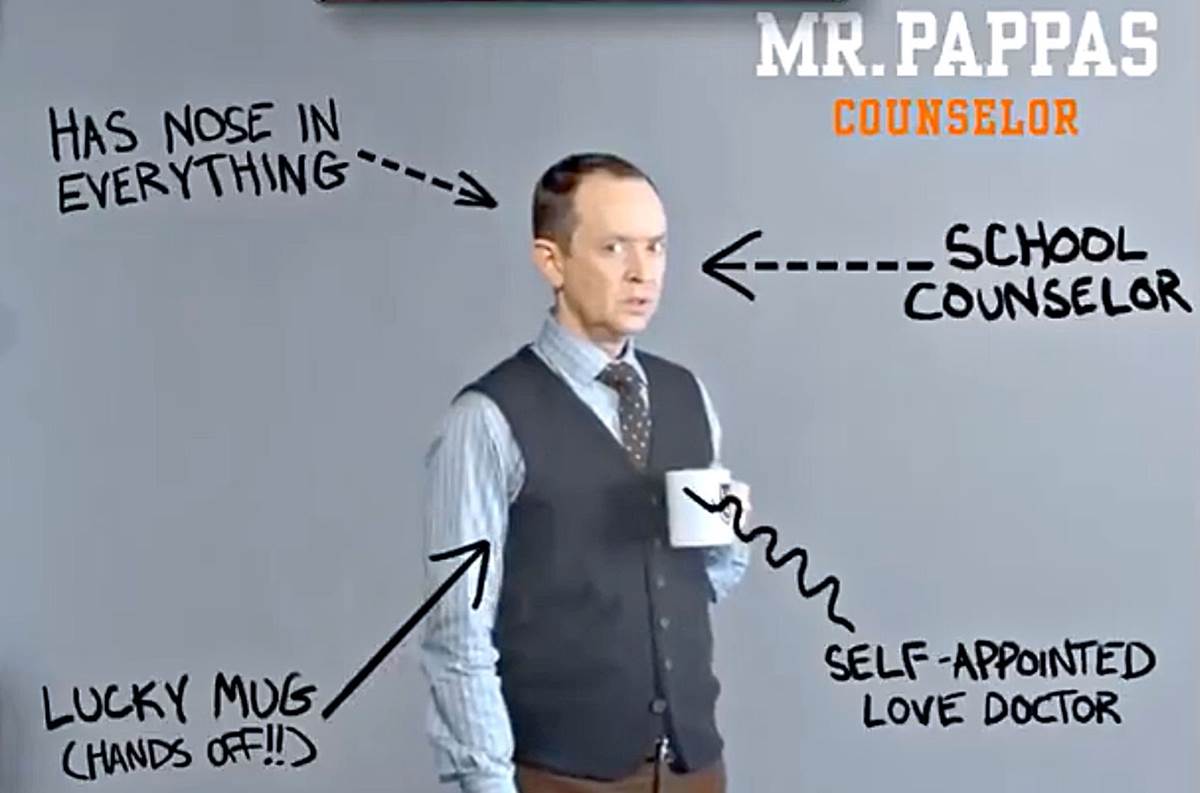