It’s going to be a great summer at Knott’s Berry Farm, the popular Southern California theme park that opens this Thursday for season passholder previews. In addition to simply getting back into the storied park and enjoying its many rides, delicious menu items, and other offerings, Knott’s is also serving up an all-new attraction in the space formerly occupied by Voyage to the Iron Reef, Kingdom of the Dinosaurs, and the original Knott’s Bear-y Tales dark ride (which closed way back in October of 1986).

Yes, the last item on that list is making its highly anticipated resurgence in a completely overhauled new version called Knott’s Bear-y Tales: Return to the Fair, which utilizes the Iron Reef ride system and interactive 4-D technology to tell a sequel story of sorts– one that sees guests making their way back to a beloved make-believe land from Knott’s Berry Farm’s long history.

I had the wonderful opportunity to step aboard Knott’s Bear-y Tales: Return to the Fair last week and I had a really terrific time, though I have to admit my first real impression of the attraction was not one of sight or sound but of smell. This is undoubtedly the most pleasantly aromatic ride at Knott’s Berry Farm since the previous iteration of Knott’s Bear-y Tales, and having never personally experienced that version myself I can only imagine smell-generating technology has come a long way over the past 35 years.

But the focus of Return to the Fair is indeed on its extremely entertaining interactive nature. Upon being seated in the ride vehicle, guests grab hold of a jelly blaster (shaped like a jar of Knott’s preserves) and take aim at a series of projected scenes along the ride’s track. We roll through Boysenberry Pie Factory, Frog Forest, Fortune Teller Camp, Thunder Cave, and Weird Woods, winding up in a celebration at the County Fair, helping the titular bears recover stolen pies along the way– while competing for the highest score, of course. It all adds up to a memorable, family-friendly experience that will almost certainly put riders in the mood to try out Knott’s famous boysenberry pies for themselves.

In the above video, I interview Knott’s Bear-y Farm’s Attractions Producer Eric Nix, Merchandise Manager Karl Busche, and Games Manager Kenyo Smalling about the Knott’s Bear-y Tales: Return to the Fair-related offerings coming to the park when the ride officially opens in just a few weeks. There’s an awful lot of fun in store on the attraction, in the gift shop, and around the park’s Boardwalk and Fiesta Village areas where the games will be located. The queue for Knott’s Bear-y Tales: Return to the Fair takes guests through another part of the Boysenberry Pie Factory, where portraits of the bears hang on the walls and flour sacks sit next to giant barrels of the boysenberries themselves. 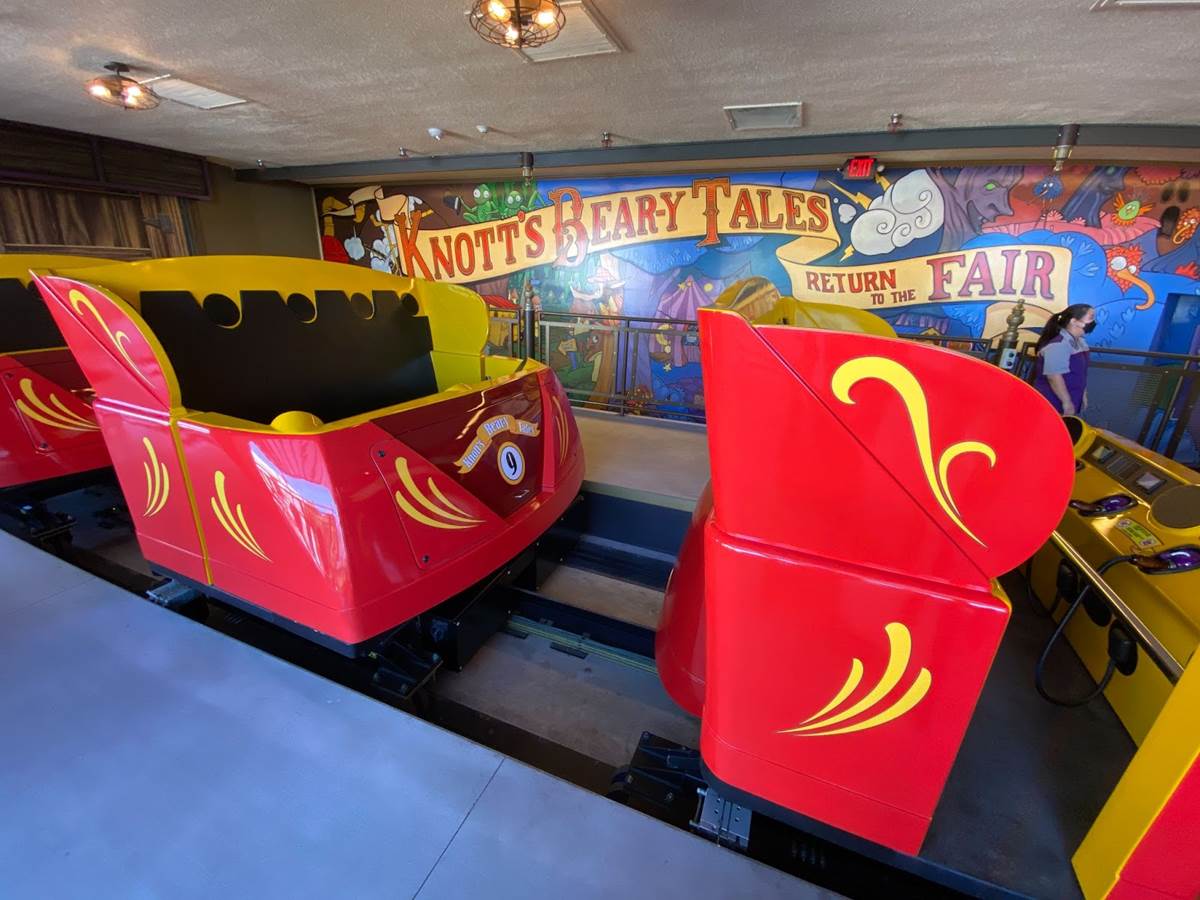 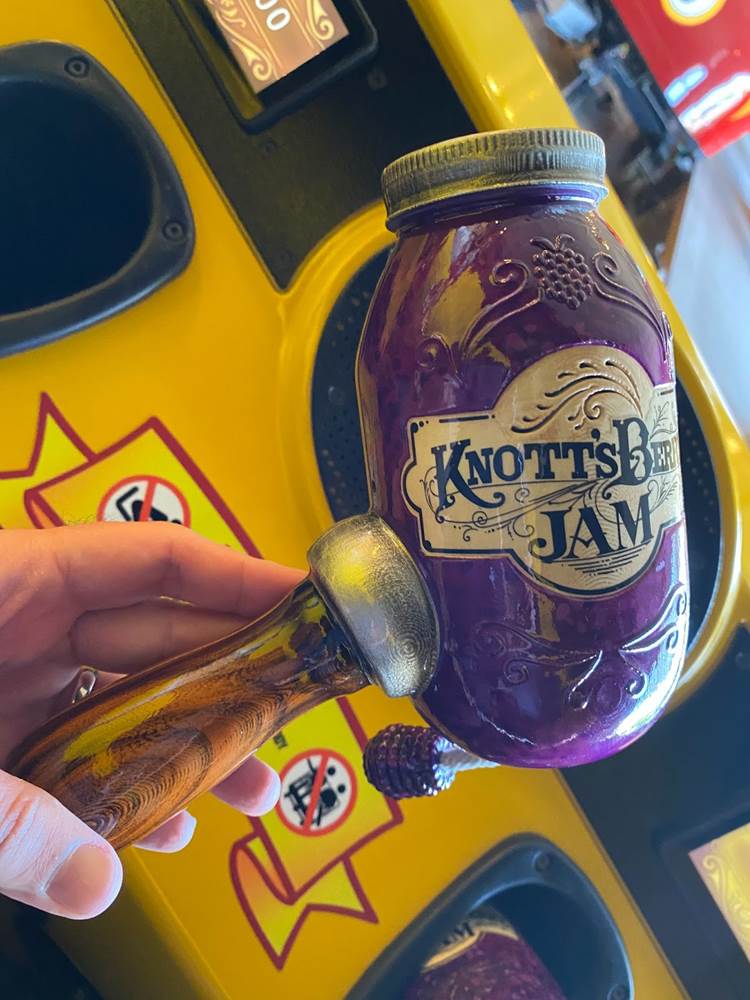 At the attraction’s loading platform, a colorful new mural has been painted along the back wall featuring many of the familiar Knott’s Bear-y Tales characters. In the above photo gallery you can also get a look at the ride vehicles, jelly blasters, and 3D glasses return bin. The above gallery contains dozens of still photos I took during the ride, while below you can check out the wide variety of new Knott’s Bear-Tales merchandise offerings available in the gift shop as you exit the Return to the Fair attraction. 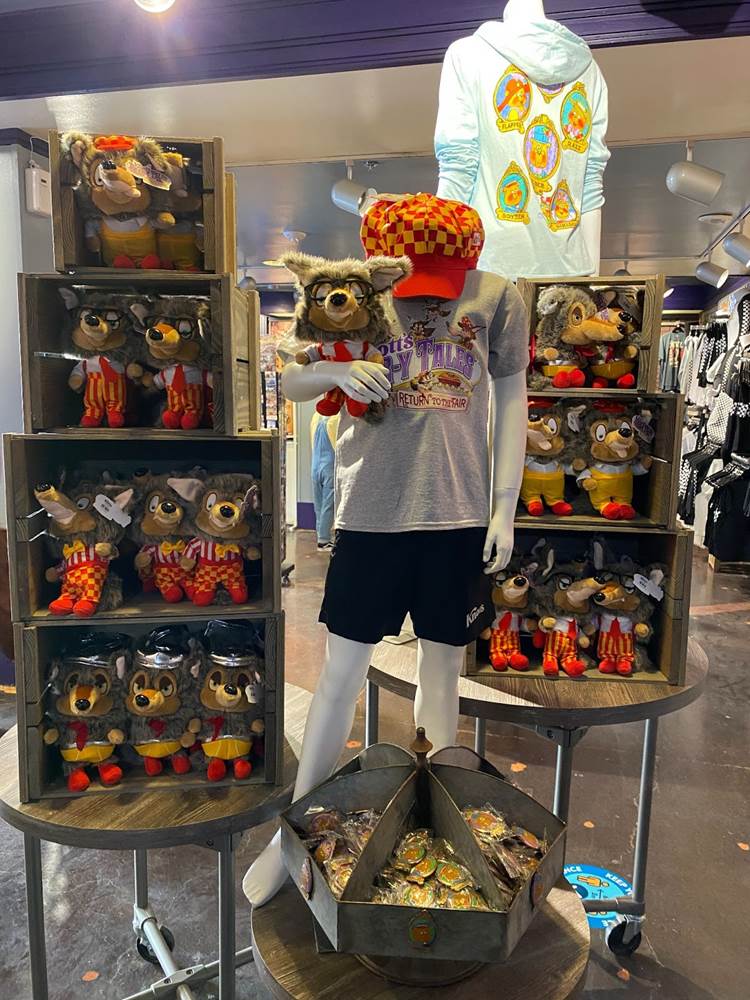 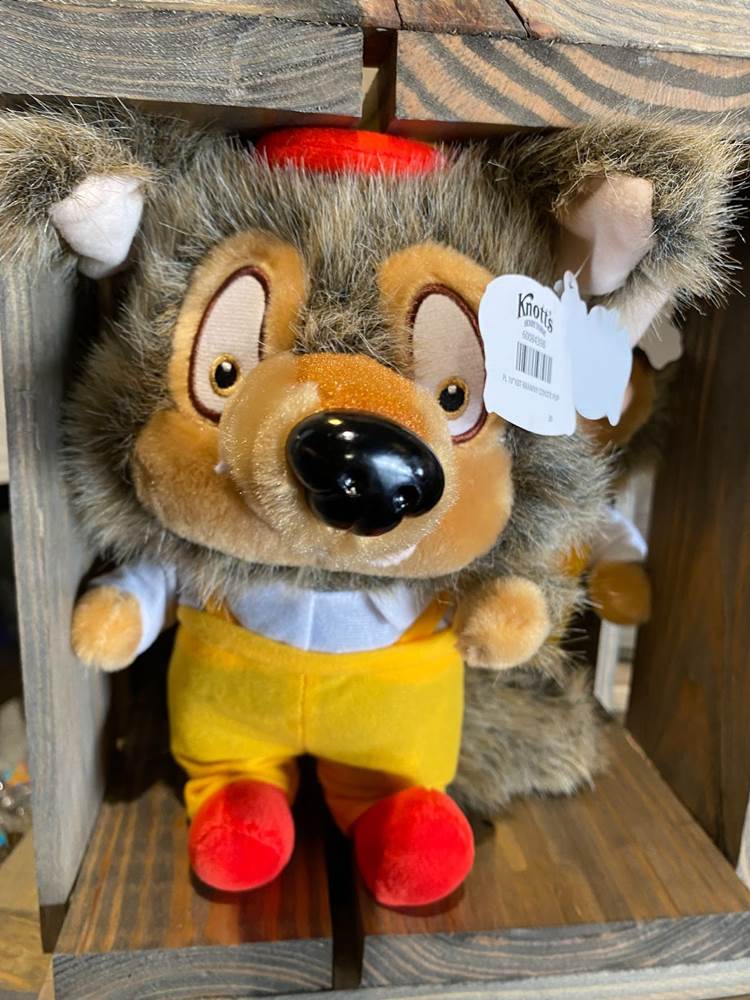 Knott’s Bear-y Tales: Return to the Fair opens Friday, May 21 at Knott’s Berry Farm in Buena Park, California. For more information and to purchase advance tickets to the park, be sure to visit Knott’s official website.