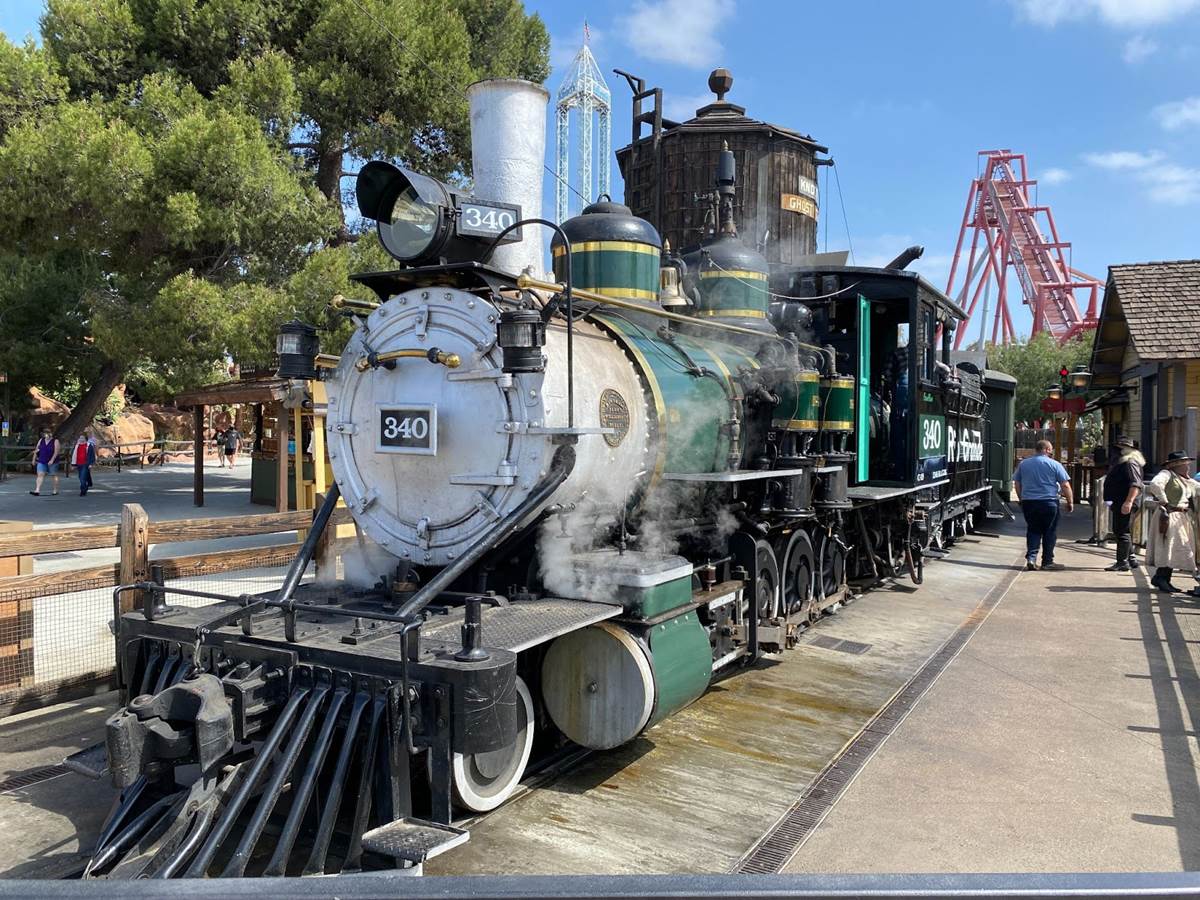 2021’s theme park season is officially in full swing now that all the major locations in Southern California are available to guests. The last of these destinations to open is Buena Park’s beloved Knott’s Berry Farm, which opened on Thursday for the first of its season passholder preview days before the park’s official reopening on March 21. I was lucky enough to attend the first of these days and during my visit I live-streamed a stroll around the park.

I arrived at Knott’s Berry Farm on Thursday morning with my new season pass and a pre-booked reservation to enter the theme park at 10:00 AM. Crowds were sparse in the early part of the day, though the paths started to feel a little more congested and the queues grew longer as the afternoon progressed later on. A sign posted out front promising “All attractions are open” (except the Stagecoach) turned out to be mostly accurate, as I’ll soon explain.

The most pleasant surprise of the day was that the new attraction Knott’s Bear-y Tales: Return to the Fair opened with the passholder preview, and it was nice that those in attendance didn’t have to wait until the announced May 21 opening date to check out this overhaul of a long-missed fan favorite ride.

The first attraction I personally went on that day was the classic dark ride Calico Mine Train, and later on I experienced the recently revamped Calico River Rapids. You can find full videos of both Ghost Town rides below.

I was disappointed to find that my favorite Knott’s attraction, the Timber Mountain Log Ride, was not running on Thursday, though the water on the ride’s main drop was turning on and off intermittently. A similar fate befell the Calico Railroad, which kept seeming like it would open up but met several delays due to technical or mechanical issues, and still hadn’t started running by the time I left in the late afternoon.

I was pleased to see some of the character interactions introduced during the pandemic carry over into this new era of Knott’s Berry Farm operations. I spoke with Calico deputy mayor Milton C. Howell again at the Gold Trails Hotel and enjoyed the KNOT Radio broadcasts coming from the Boardwalk area. I hope this trend continues as the season progresses, especially considering we likely won’t get to experience a full “Ghost Town Alive!” event this year.

In some of the gift shops I found merchandise celebrating Knott’s Berry Farm’s 100th anniversary, which was initially scheduled for 2020 but got pushed back due to the lockdown. Better late than never! Overall, I had a great time visiting Knott’s on Thursday but I’m definitely looking forward to going back in a couple weeks when (hopefully) all the rides are up and running without issue. 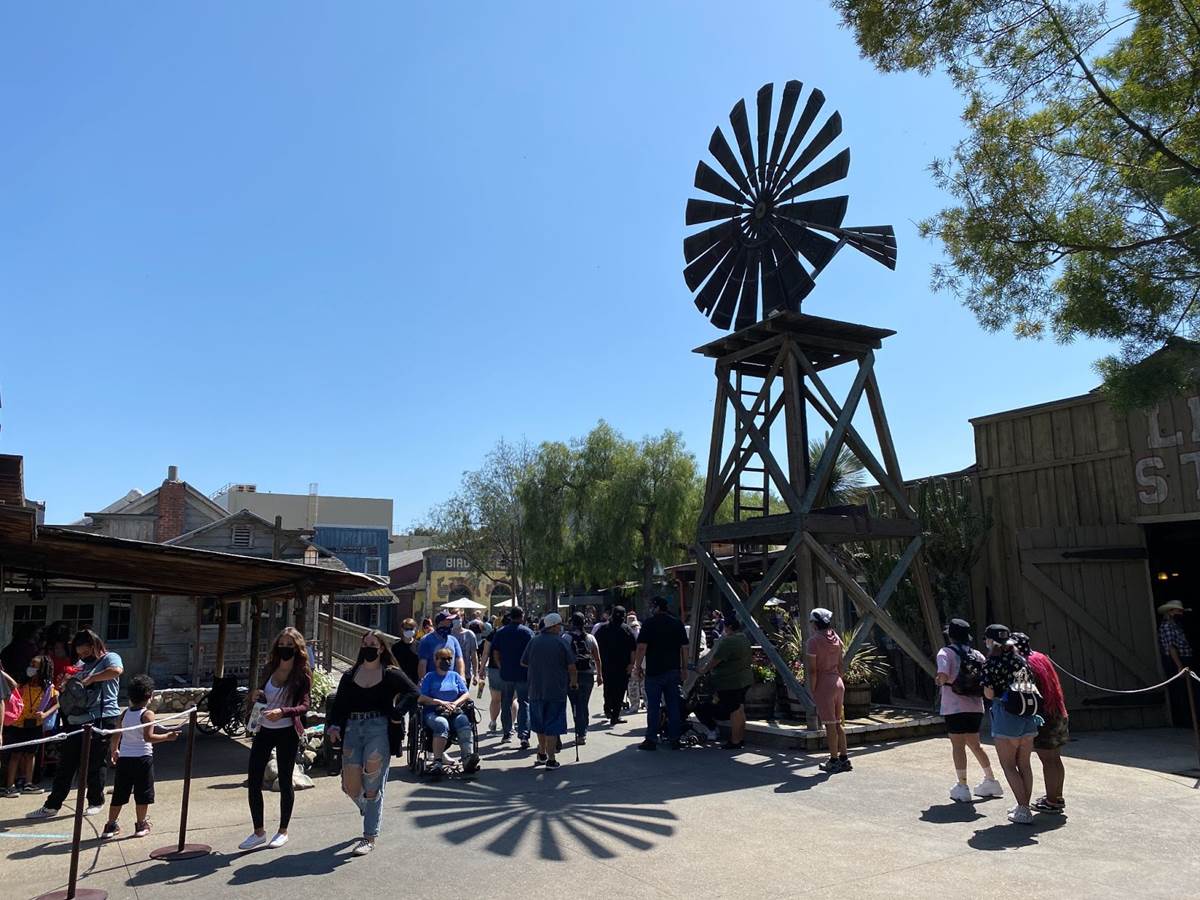 Knott’s Berry Farm is now open for season passholder previews, and will officially open to all guests on Friday, May 21. For additional information and to purchase advance tickets to the park, be sure to visit Knott’s official website.