Countdown to Avengers Campus: I Don’t Know What it is but I Want to Try Shawarma Palace

As we get closer and closer to the opening of Avengers Campus at Disney California Adventure, we continue our look at some of the Marvelous details that will be found in the new land. We’ve already taken a look at some of the delicious food offerings that will be available in the new land, but there are still lots of other options to discuss, including Shawarma Palace. 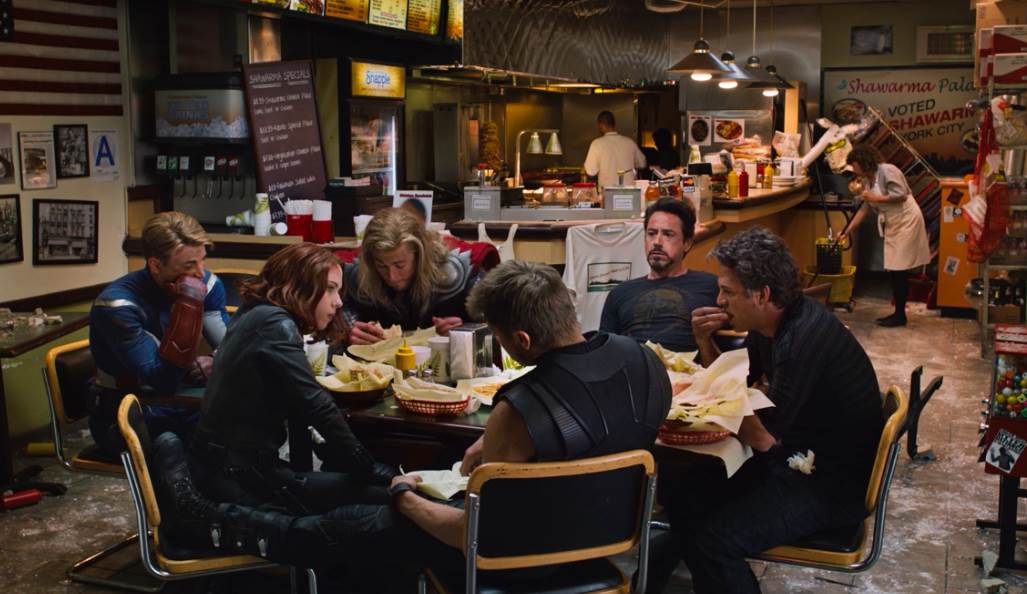 Remember that post-credit scene from Marvel’s Avengers? That’s right. THAT Shawarma Palace. “I don’t know what it is, but I want to try it.” I think a lot of Disney Parks fans will share Tony Stark’s sentiment when visiting Avengers Campus.

Walt Disney Imagineering really took one very brief scene from a beloved film and used their trademark attention to detail to turn it into an interesting new eatery. In fact, you may notice in the image above that the “Shawarma joint” the Avengers tried out after defeating Loki is called Shawarma Palace. So it’s more than just the idea of the menu that is making the jump to the park, but the restaurant itself.

Of course, the Avengers Campus location for Shawarma Palace will be more of a cart than a palace, but it will bring a fair amount of Marvel and New York flair with it. Disneyland President Ken Potrock shared a look at the cart on his Instagram account recently.

Obvious details, like Captain America’s shield and Hulk and Iron Man figures can be spotted in the image, but there are lots of other fun details here, including newspaper clippings from the alien attack on New York and the incident in Sokovia. It’s those kinds of details that are really going to set Avengers Campus apart.

This wasn’t actually our first look at Shawarma Palace though. Last week, Disneyland revealed the Avengers Campus Cast Member costumes and we got a peek at the cart then as well. Plus, now we know what the Shawarma Palace employees will look like.

As for the food, two menu items have been revealed for Shawarma Palace. New York’s Tastiest will be a classic shawarma spiced chicken, with garlic sauce, a warm wrap and a dipping sauce featuring tahini, lemon, garlic, and a pickled vegetable. The Impossible Victory Falafel will come with Kalamata olives, mint, garlic sauce, hummus, crispy cauliflower, and a tofu dipping sauce. It all sounds like the perfect meal to enjoy after saving the world from an alien invasion or just while you’re walking around Disney California Adventure.