Wildcats, we’re back! After a super long hiatus (#ThanksCOVID) and the prolonged closure of all Broadway performances (Yes, even Ivo van Hove’s West Side Story), we are able to get a little musical theatre back in our lives. High School Musical: The Musical: The Series is back for season 2! When we last left our favorite group of East High students, their performance of High School Musical ended with cheers, technical jeers, and the possibility of Nini moving (!) to Denver (!!) to join the Youth Acting Conservatory (?!?!). How will Ricky feel? How will the class feel? How will I feel?! With all of those details in mind, it’s time to get back into the swing of things with Miss Jenn’s class as they get ready to ring in the new year. The students do a one-take music video around the school for their Insta as a way to announce the renovations of the auditorium. Exciting news, but did we need an original song to announce this? You know Carlos was in the back, scheming this whole thing up. He has big “Social Media Coordinator” vibes.

This episode follows two big plotlines: the impending announcement of the spring musical and Nini’s lack of an announcement about her moving to Denver. In the case of the former, Miss Jenn is set on High School Musical 2, ‘cause honey, franchises sell. It’s branding, it’s marketing, it’s all of it. Miss Jenn was ready to take “a dip in the pool” and “a trip to the spa” until she runs into her ex.

Zack, Miss Jenn’s high school boyfriend when they both attended North High back in the day, runs into her and reveals his new position as the head of North High’s theatre department. They are doing The Little Mermaid in order to qualify for the Alan Menken Awards for Excellence, piquing Miss Jenn’s interest. So you’re saying there’s an opportunity to beat Zack (as an ultimate form of revenge), while also excelling in the arts enough to warrant fame and scholarship money? I’m so excited, because I love mess! (said in Marie Kondo voice) 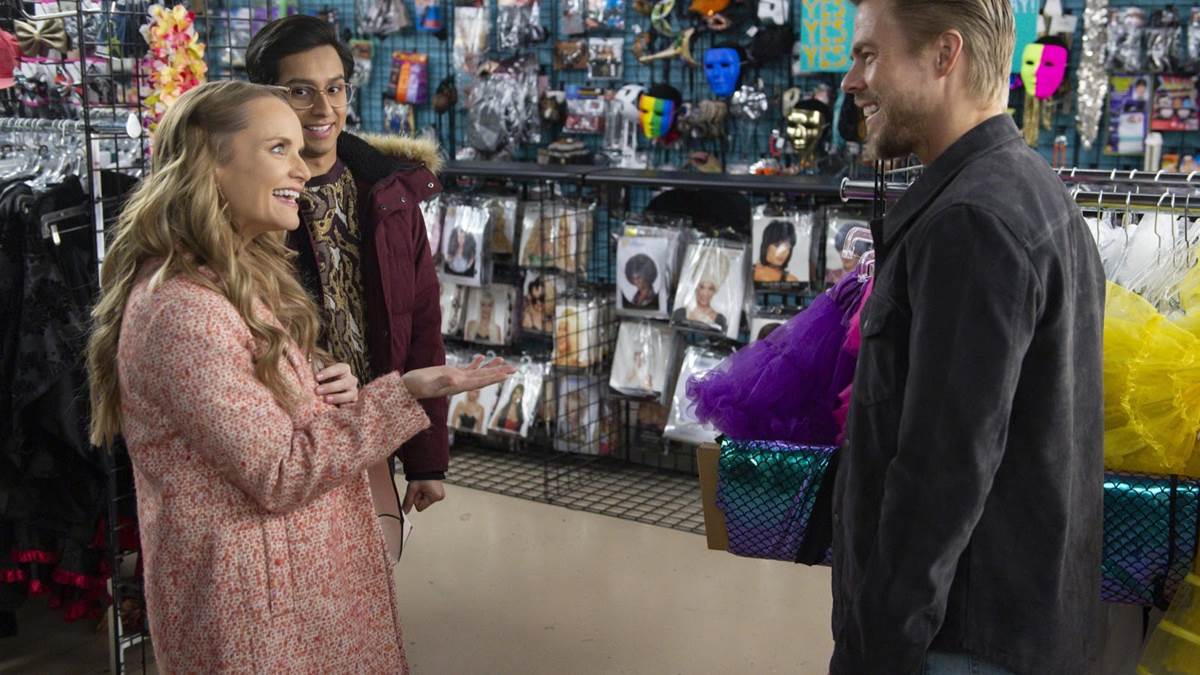 Meanwhile, Nini is worried about revealing her Denver move to Ricky. They just got back together after an up-and-down first season love hoopla (scientific term) and she doesn’t want to throw a giant wrench in their rekindled romance. Also, like, it’s the holiday season and nothing is worse than sitting around, opening presents, and having to cope with a bombshell of that sort.

Both issues come to a head at Ashlyn’s 2007-themed New Year’s Eve party. In honor of the impending HSM2 news, the crew dresses in their 2007 attire to not only celebrate their next show, but to make me feel like I’m starring in the Weekend at Bernie’s sequel. HSM2, in their eyes, is considered a period piece? BRB, gonna go try to get an Olay Age-Defying makeup brand deal.

Miss Jenn runs in at the stroke of midnight (how is that allowed?) to reveal that HSM2 is no longer. In order for them all to compete at the Menkies, they will be putting up a production of Beauty and the Beast. Almost instantly, Nini states she can’t audition for the role of Belle due to the move. The entire room is more shocked than the audience of Bright Star at the end of Act 1.