As we get closer and closer to the opening of Avengers Campus at Disney California Adventure, we continue our look at some of the Marvelous details that will be found in the new land. And if you couldn’t already tell, we can hardly contain our excitement, so we took a look around the new land to get an update on some of the construction and catch a glimpse of what new details we might see. 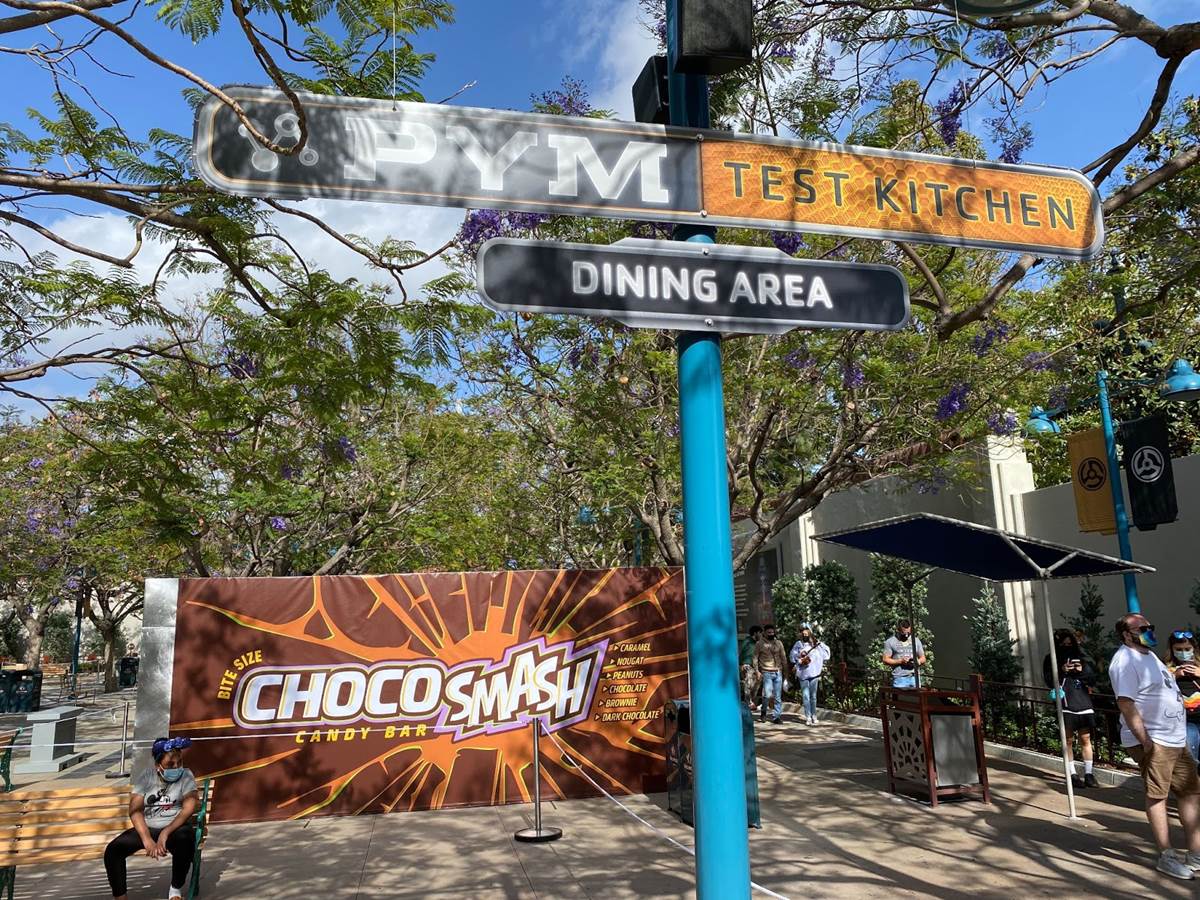 The most notable update from our look around the yet-to-open Avengers Campus is the outdoor dining area for the Pym Test Kitchen. This dining area is located in the courtyard next to the Hyperion Theater and features some fun new details. First off, the Pym Technologies logo can be found on banners all throughout the area. These new billboards can also be found around the area. Two of them share the same message – “Huge Discovery, Tiny Heroes” – as well as a description of Hank Pym’s creation of the Pym particle and how it lead to the creation of Ant-Man and the Wasp. The other two billboards explain how the Pym Test Kitchen is “significantly shrinking our environmental footprint” both by partnering with Impossible to offer plant-based food and by using their tiny trucks to deliver that food. Being able to shrink things like this really would solve a lot of problems. 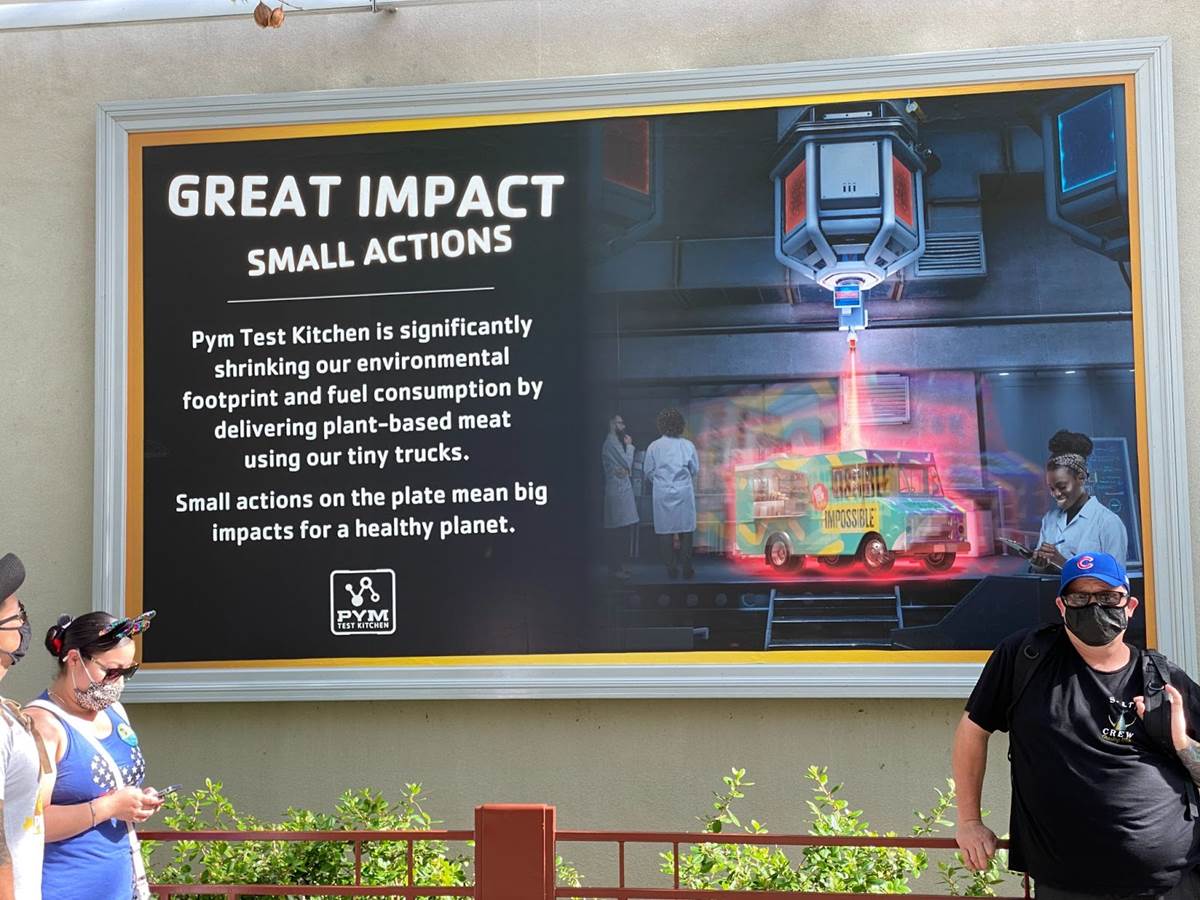 There’s also the giant Choco-SMASH bar in the middle of the dining area. No specific Marvel details come to mind with this particular brand of chocolate, but it does seem to be a reference to the Incredible Hulk. Plus, it’s a giant chocolate bar! How could you not be excited about that!? As for the back of the chocolate bar, there might just be a couple of fun little Marvel Comics Easter Eggs on there. If you look at the number on the barcode, it reads 60101964. The Hulk and Hank Pym (as Giant-Man) shared the pages of the “Tales to Astonish” comic series. Issue #60 featured the two heroes on the cover and that issue was released in October, 1964. 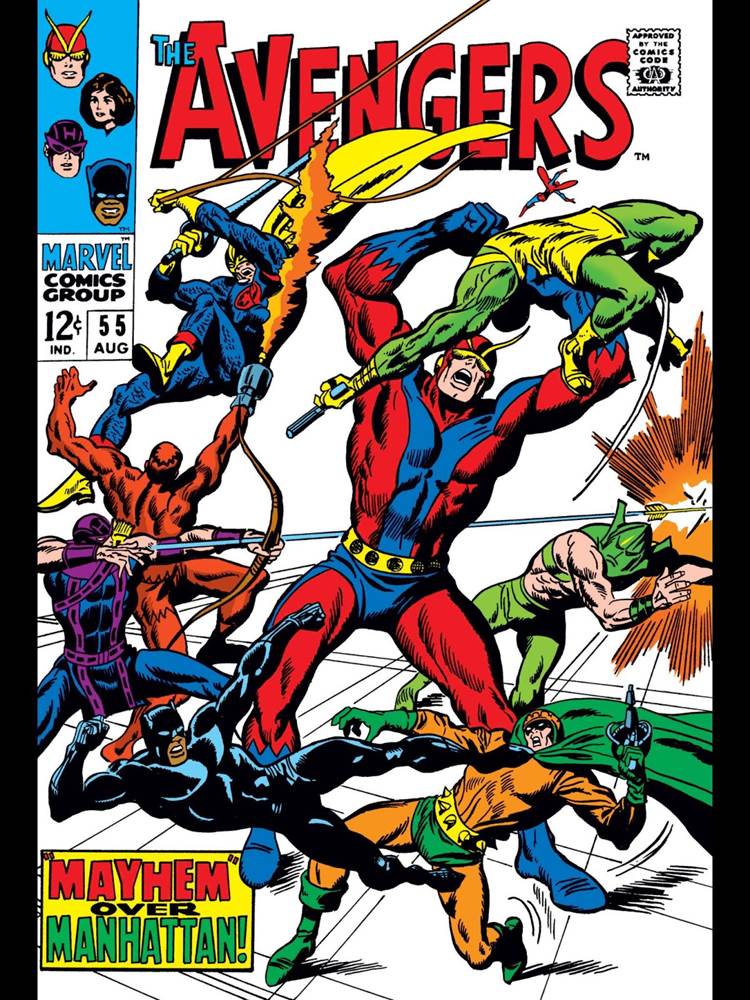 We also got a glimpse of the Pym Test Kitchen itself, which is now adorned with some festive lighting. It appears the food isn’t the only thing Pym has been growing. Guests can spot some giant holiday lights strung around the outside of the restaurant. 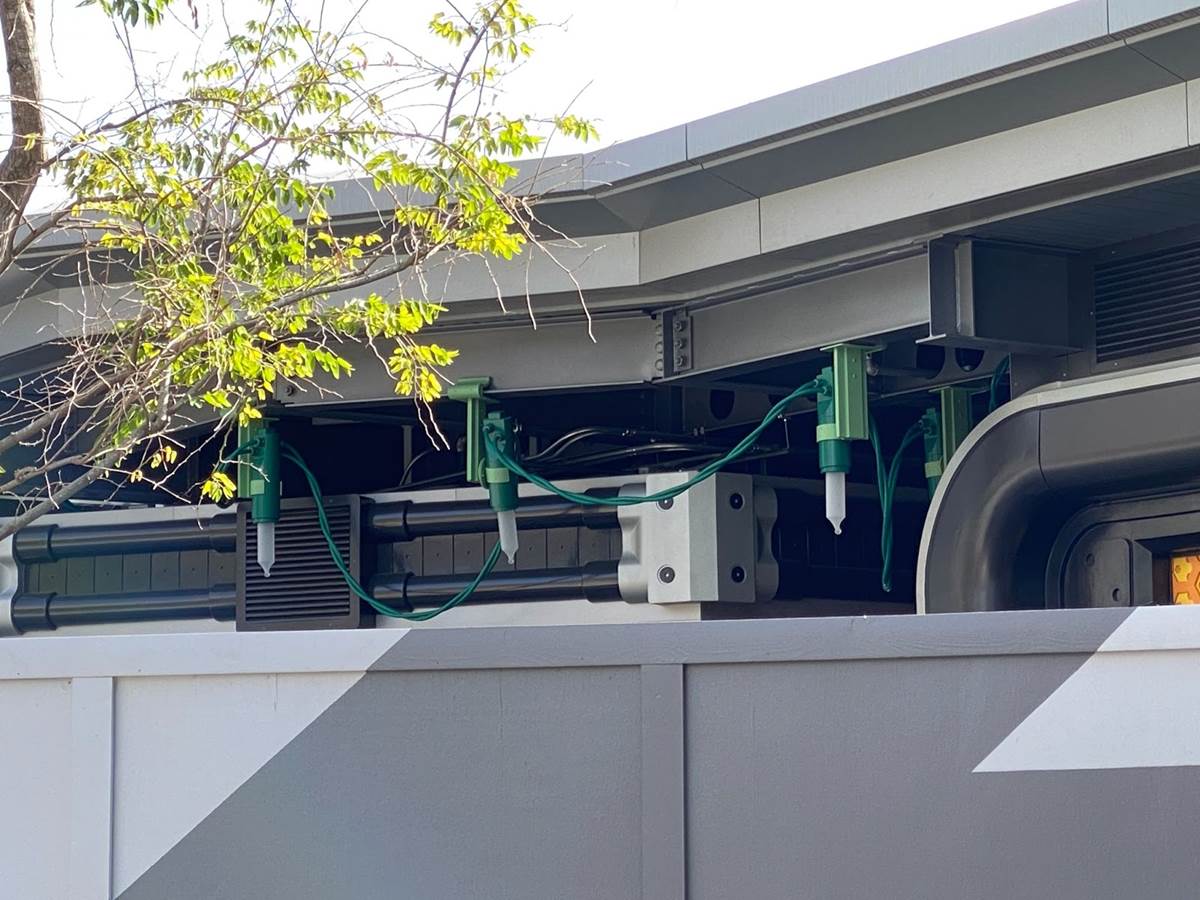 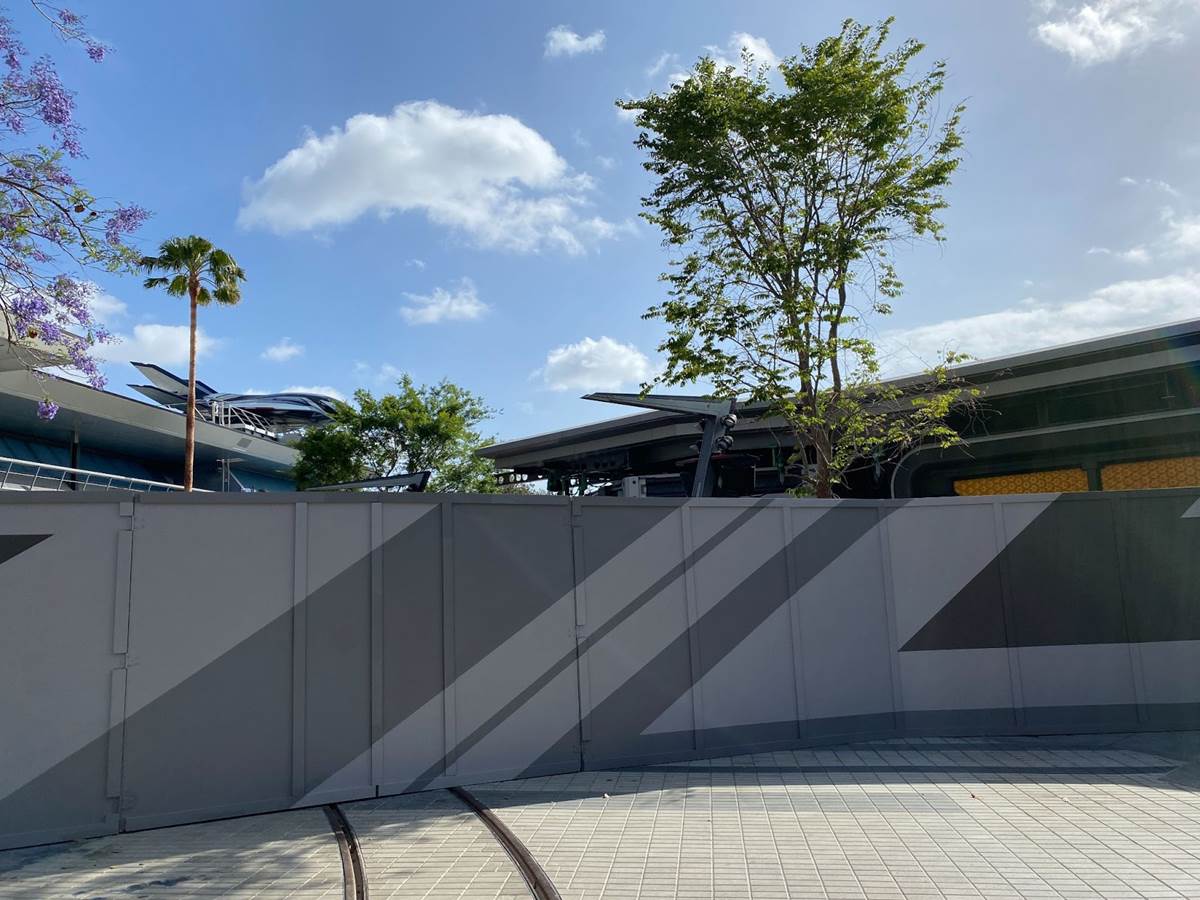 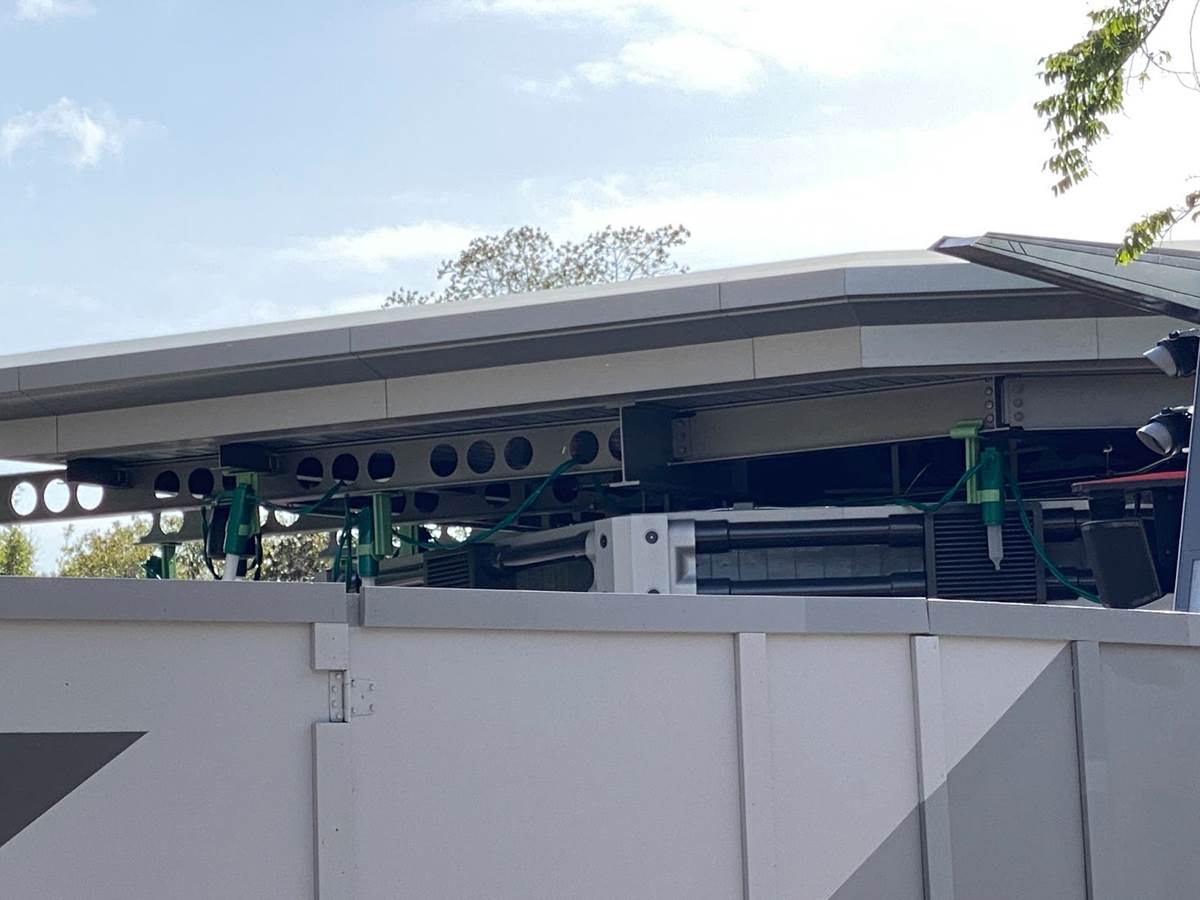 Aside from the Pym Test Kitchen, we also got a glimpse of the Terran Treats kiosk, which is of course not yet open but is also not behind walls. 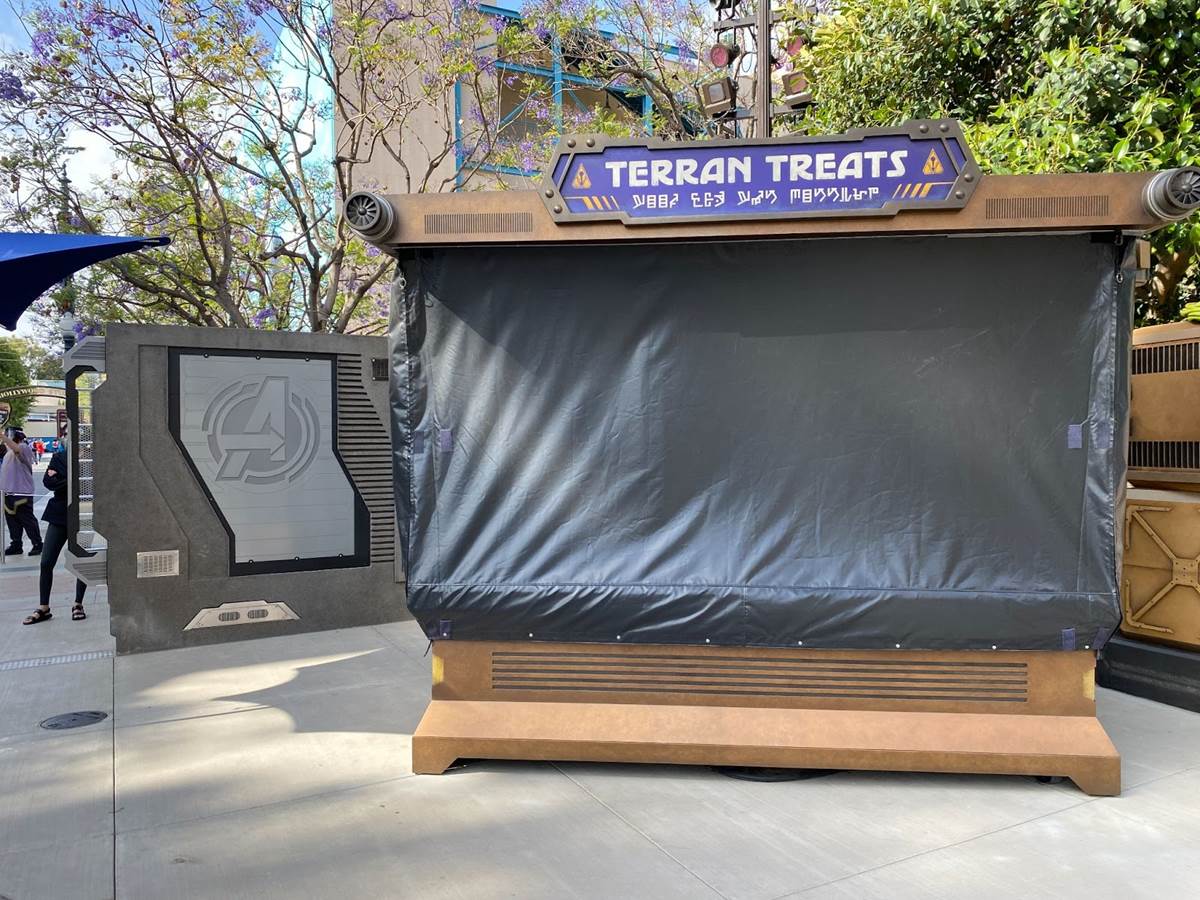 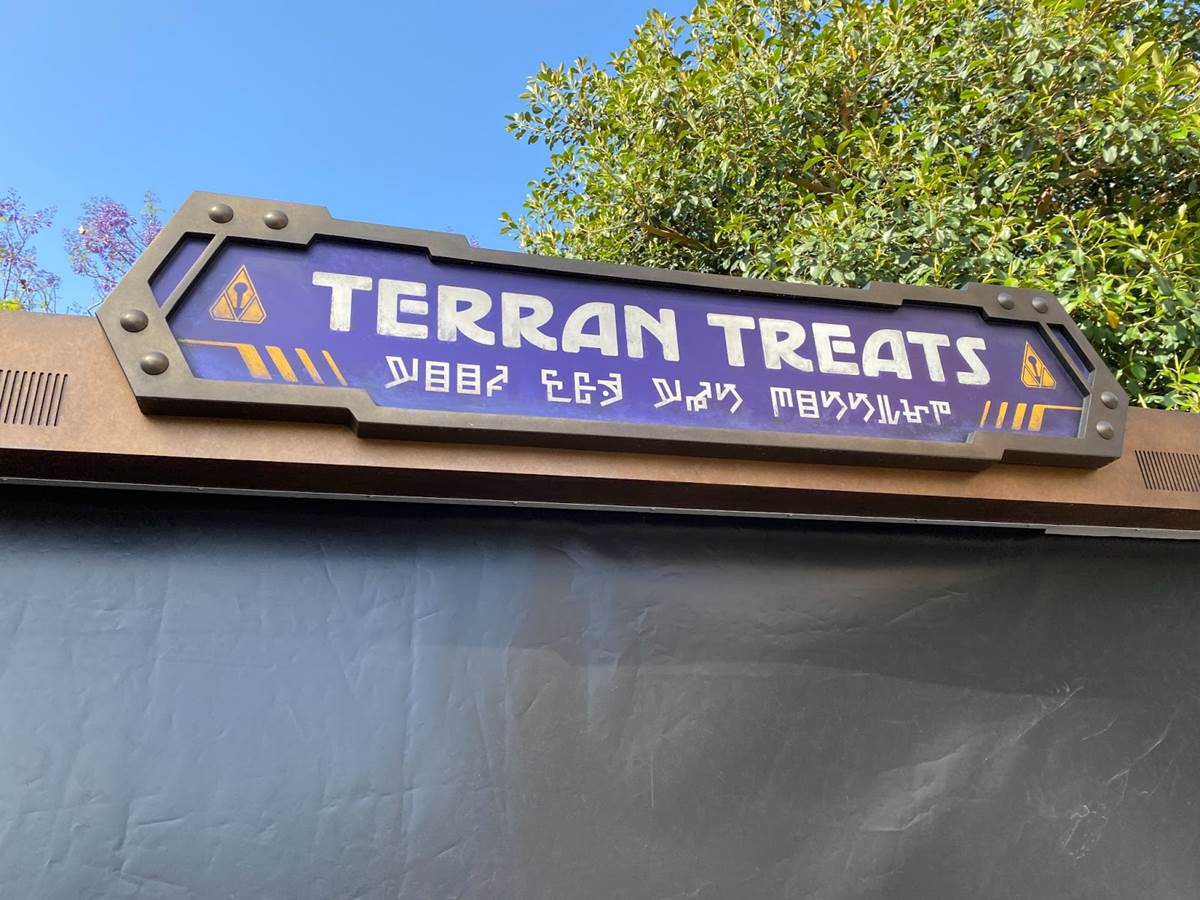 And finally we took a peek into Avengers Campus and at the new W.E.B. headquarters, home of the WEB SLINGERS: A Spider-Man Adventure. Marvel fans will also notice the logo on the wall for the villainous Taskmaster, one of the characters who will meet and greet with guests in Avengers Campus.