“Born brilliant, born bad, and a little bit mad.” That quote comes from the title character in Disney’s Cruella, portrayed by Emma Stone. Inspired by one of the greatest Disney Villains of all time, the film pays homage to 101 Dalmatians, but doesn’t attempt to be a true prequel. This is not the Cruella de Vil you remember, originally portrayed by the hand of Marc Davis and the voice of Betty Lou Gerson, but it’s still an engaging and exciting film in which Emma Stone and Emma Thompson shine. An orphan with two-toned hair named Estella (Emma Stone) joins a ragtag band of thieves with Horace, Jasper and two helpful dogs. Obsessed with fashion, she finds herself working as a designer for The Baroness (Emma Thompson), the glamorous trendsetter in 1970’s London with her own fashion empire. Under the thumb of her cruel boss, Estella begins to give in to her dark side to take revenge, taking ownership of a nickname her deceased mother had for her temperamental behavior, “Cruella.”

While there are plenty of moments that pay homage to 101 Dalmatians, Cruella also brought to mind a combination of Batman Returns and The Devil Wears Prada. The main character’s transition from Estella to Cruella is similar to Selena Kyle taking up the alias of Catwoman and Emma Stone’s performance feels at least inspired by Michelle Pfeifer’s. Similarly, The Baroness is cut from the same cloth as Miranda Priestly, both antagonists that you love to hate. 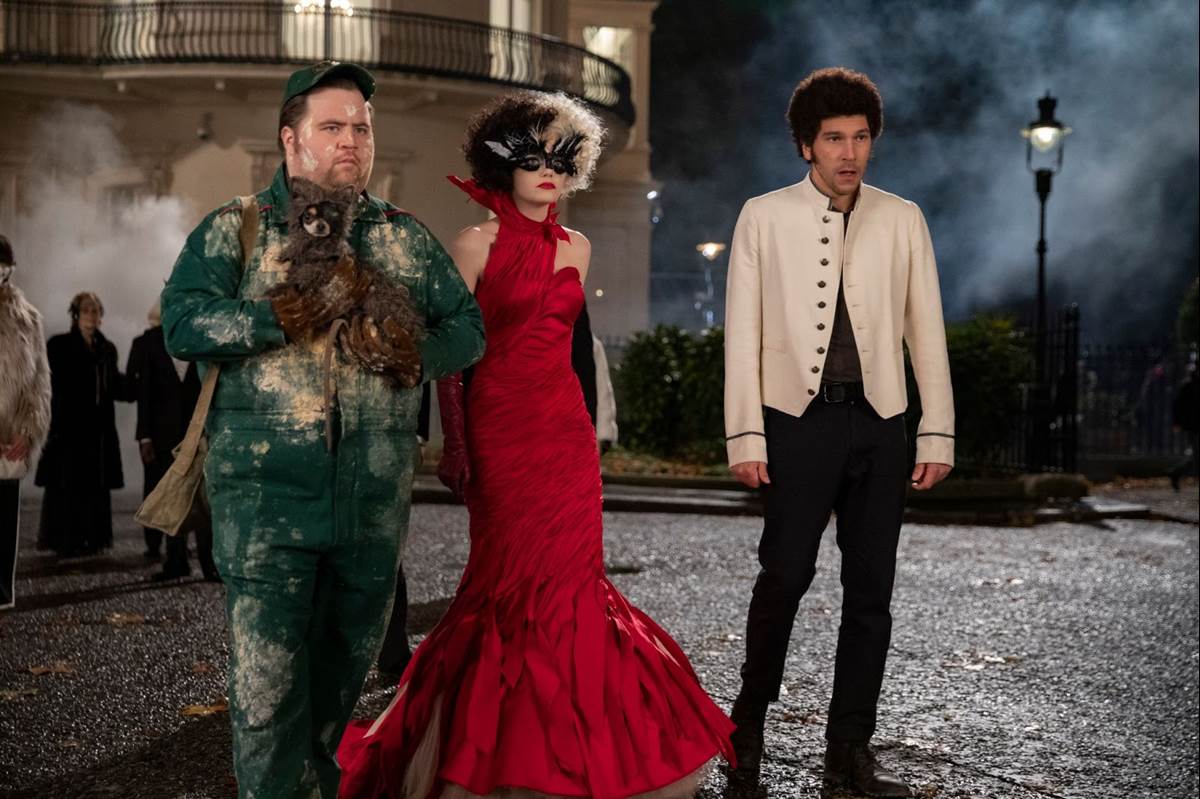 With fashion at the center of the film, the costumes in Cruella make each scene exciting. Jenny Beavan has outdone herself, with sets often decorated with additional costumes that never get worn. The set design is transportative, with The Baroness’ world as tidy and opulent as they come, while Cruella’s home with Horace and Jasper is run down and cluttered.

Stone and Thompson are both at the top of their acting game in both roles. Emma Stone convincingly goes insane to become Cruella while Emma Thompson chews up every scene as her wicked character. Paul Walter Hauser is hysterical as Horace and his dog Wink steals every scene he’s in. As one of the more subdued characters in the film, Mark Strong’s performance as John the Valet provides the necessary calm as the connecting tissue between Estella’s past and Cruella’s present. 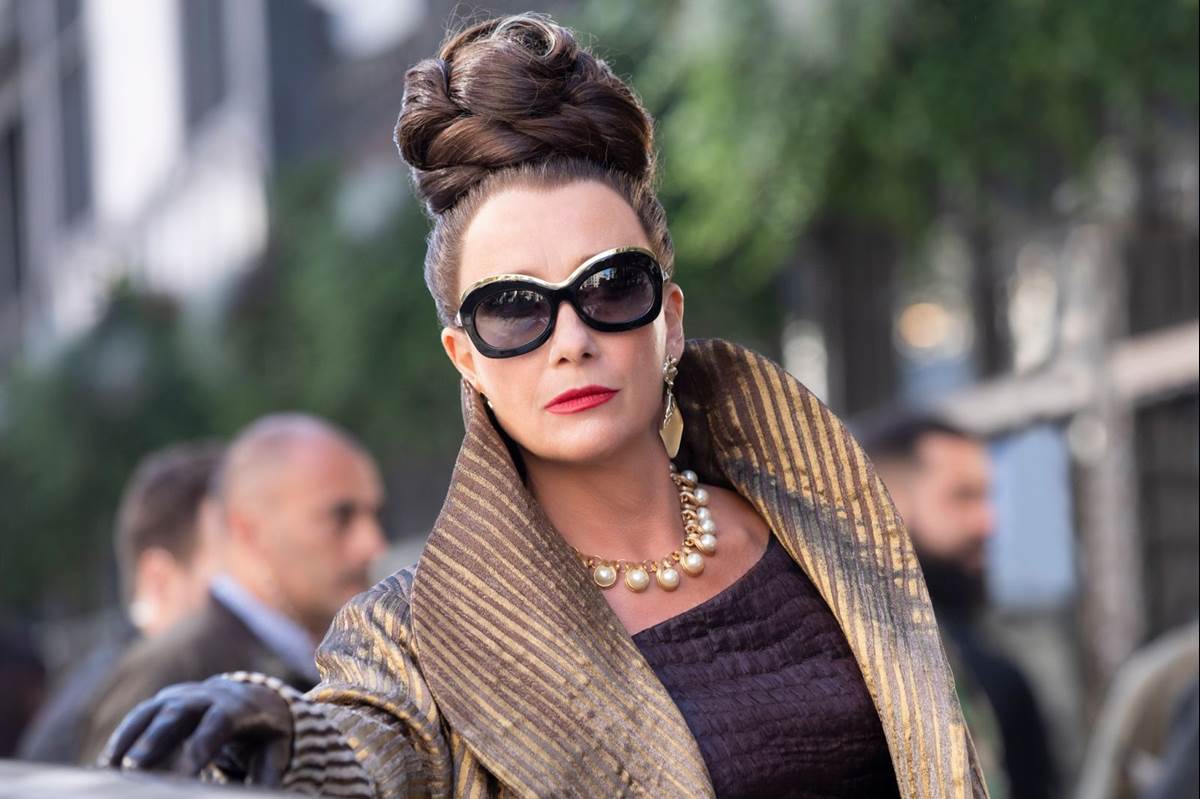 Anarchy abounds in director Craig Gillespie’s latest film, a heist movie with an added dose of revenge. Expert pacing and well-placed moments of comedy, in addition to a ridiculously fun soundtrack, keep Cruella feeling fresh throughout. Those that accept the film for what it is, a new take on Cruella de Vil that doesn’t fit the mold of the fur worshiper who would kill ninety-nine puppies to make one coat, will find themselves thoroughly entertained. A few moments of bad CGI aside, it’s one of Disney’s most original animation-to-live-action adaptations to date, transforming a villain into an antihero.

With a PG-13 rating for “Some violence and thematic elements,” there’s very little about Cruella that should scare parents away. The film may have a darker tone than most with the castle intro, but it lacks the heavy action sequences that earned Mulan the same rating. Nor does it have any sexual innuendos like the Pirates of the Caribbean franchise. The rating is a bit of a head scratcher and the content feels much more like a PG-rated film. 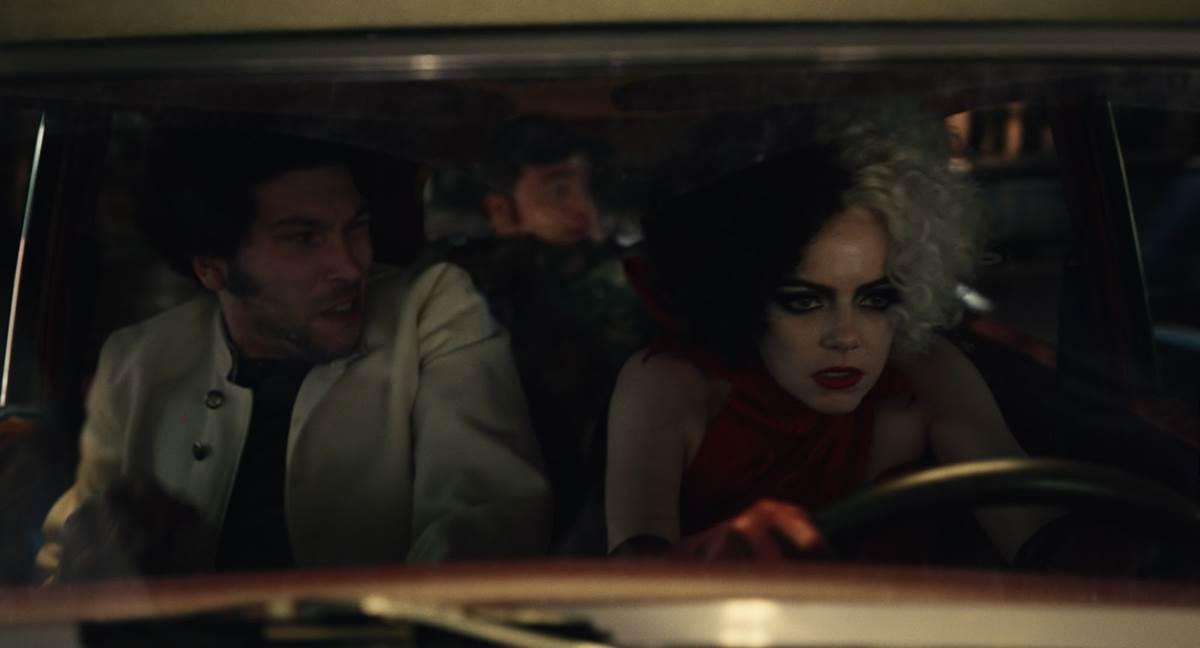 Audiences can meet this new version of a classic Disney character when Cruella is released on May 28th, in theaters and streaming on Disney+ through Premier Access.

I give Cruella 4.5 out of 5 dogs who look like their owners.