We got a sneak peek at Avengers Campus at Disney California Adventure ahead of the new land’s opening on Friday. While we lived out our very own Marvel adventure, we kept an eye out for some fun Easter Eggs and sure enough, we spotted quite a few. 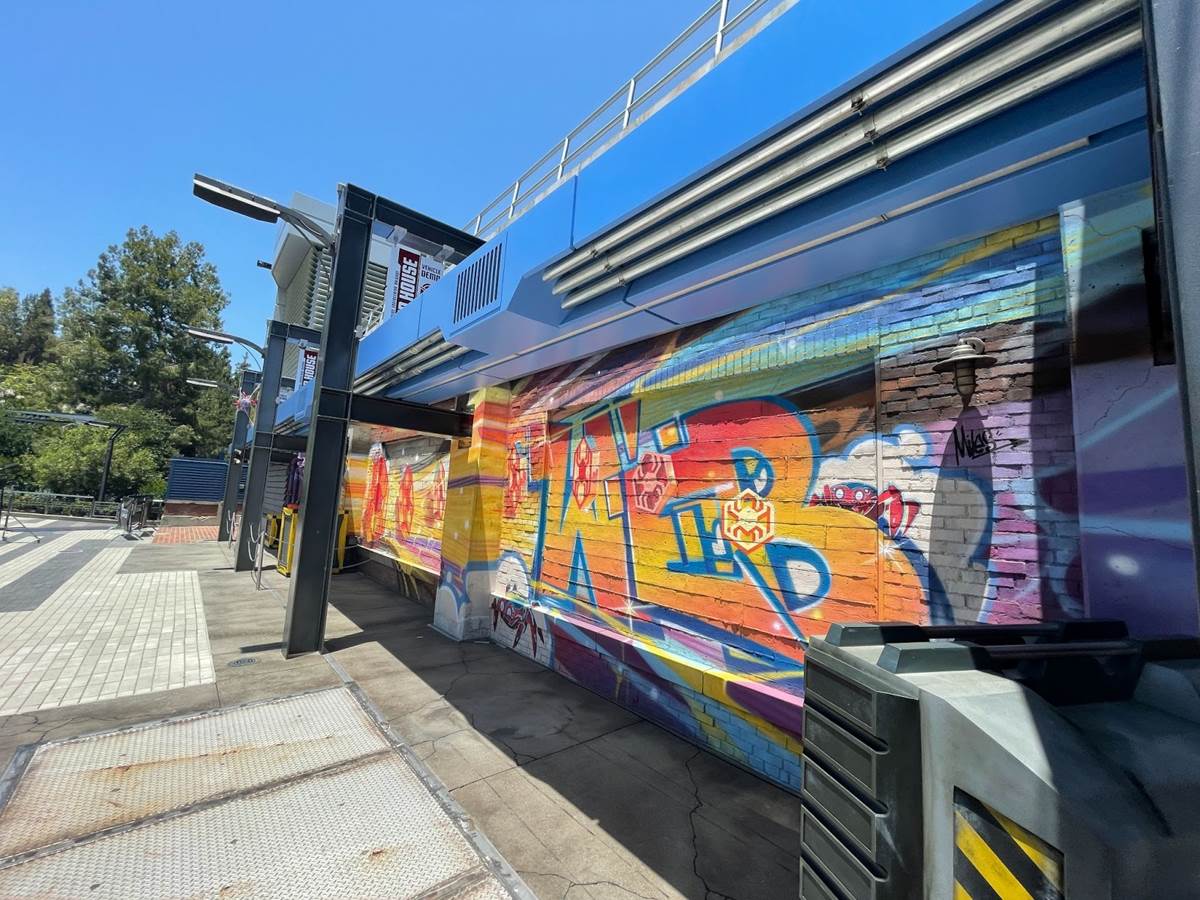 First, as you can see above, the Worldwide Engineering Brigade seems to have employed an artist to create some graffiti on one of their exterior walls. The design is colorful and eye-catching but one little detail could easily go unnoticed. If you look closely, you may just see the signature of another character who knows a thing or two about webs. “Miles” can be found on the wall and given the artistic history and Spider abilities of Miles Morales, it seems like he may just be our artist. 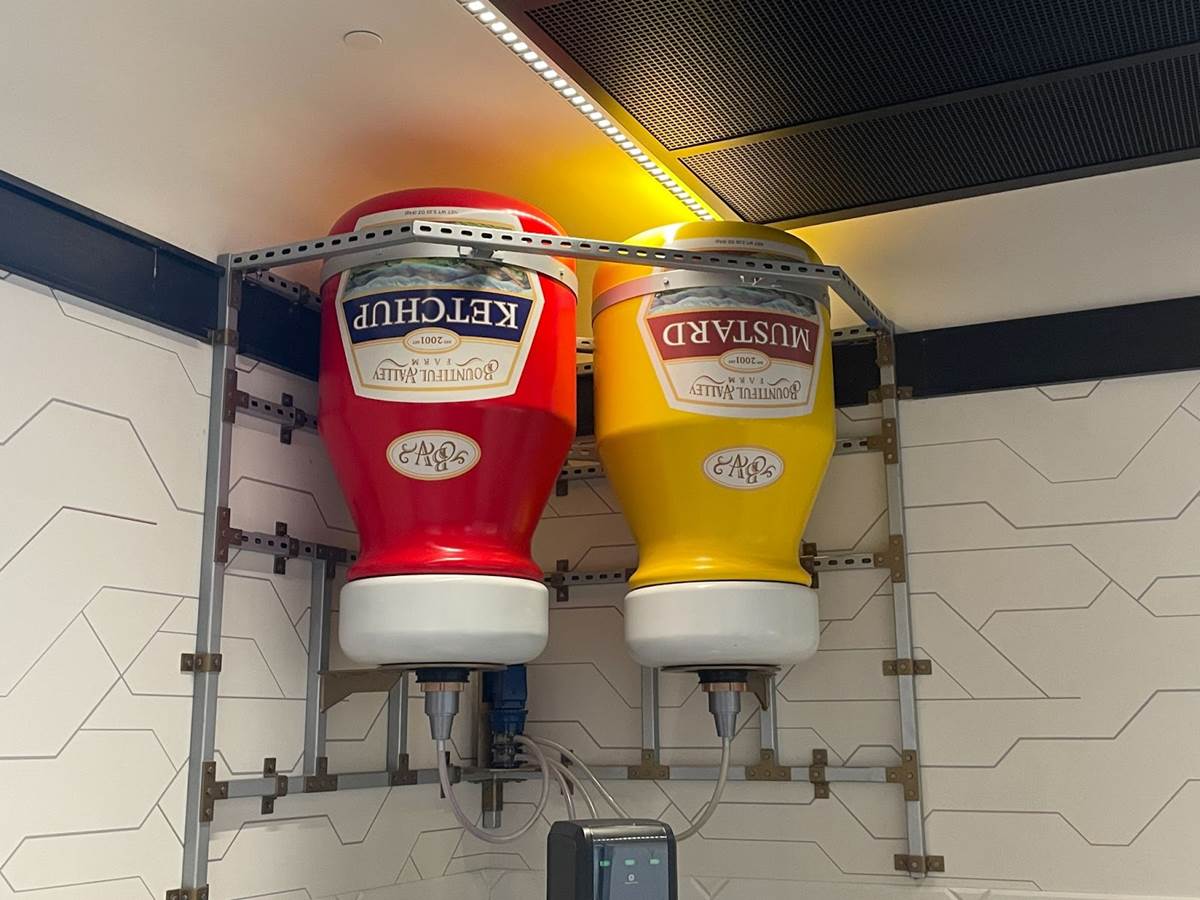 In the Pym Test Kitchen, you’re going to find some very large and some very tiny details. For example, the condiment station you see above has been enlarged using Pym Particles. However, a closer inspection will reveal a nice nod to the history of Disney California Adventure. “Bountiful Valley Farm” can be seen on the sides of these massive condiment bottles, a reference to a former section of Disney California Adventure which is now occupied by Avengers Campus. 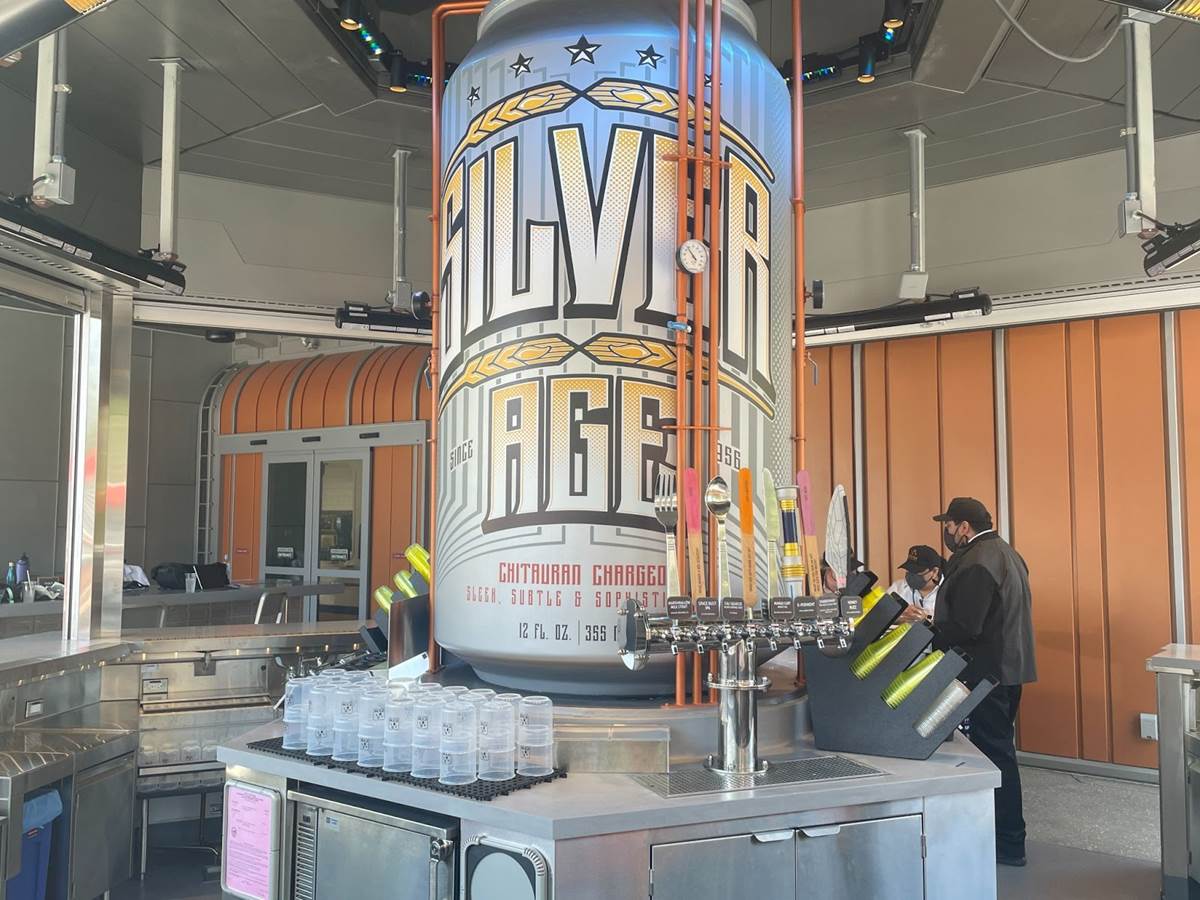 At the Pym Tasting Lab, guests will spot a giant beer can labeled “Silver Age.” This is a nice nod to the “Silver Age of Comic Books,” a time period which saw the creation of characters like Spider-Man, the Fantastic Four, the Incredible Hulk and more. The back of the can even reads “since 1956,” which is looked at as the start of the Silver Age of Comic Books. 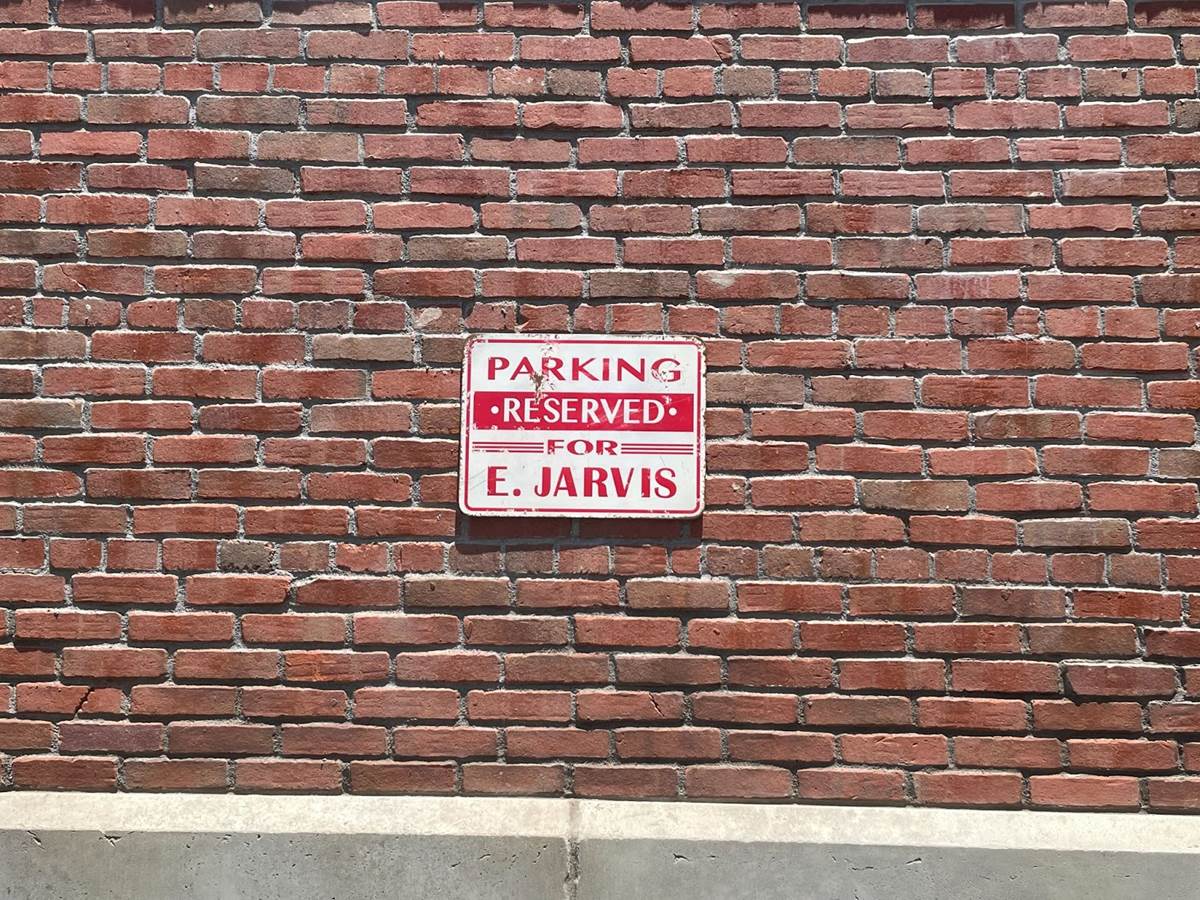 With the WEB building being a former home of Stark Industries, guests will also spot some Easter Eggs dedicated to the father of Iron Man, Howard Stark, as well as the family’s longstanding butler, Jarvis. Two reserved parking spaces can be found outside the building. The spot for Howard is even covered up by a tree, showing how long its been since the Stark Industries location served that purpose. 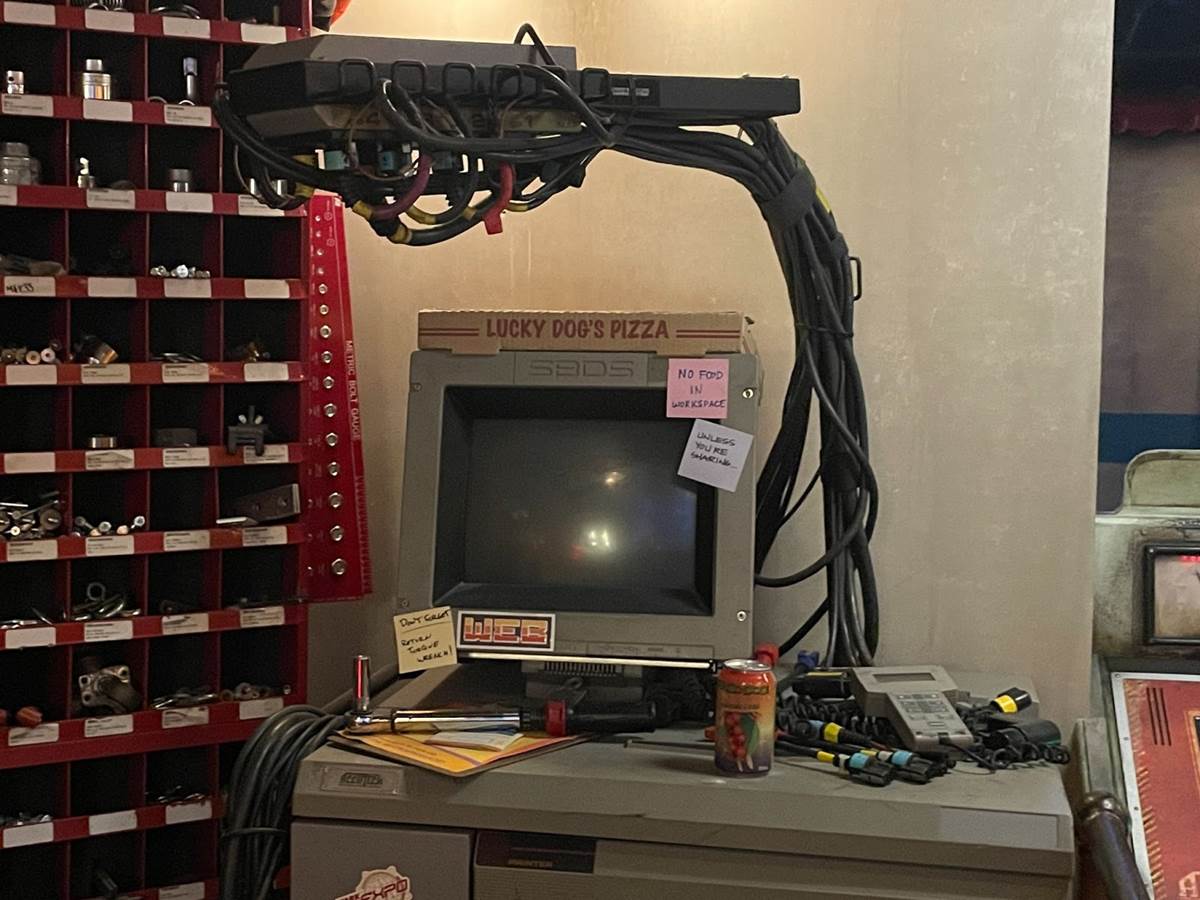 In the queue for the new WEB SLINGERS: A Spider-Man Adventure, guests can scan a messy workspace for a marvelous canine friend. A box that sits atop a computer monitor reads “Lucky Dog’s Pizza.” This is a reference to Hawkeye’s dog Lucky from the comics, who we meet as he is holding a slice of pizza in his mouth. If there is one future meet and greet we’re hoping to get in Avengers Campus, it’s Lucky. 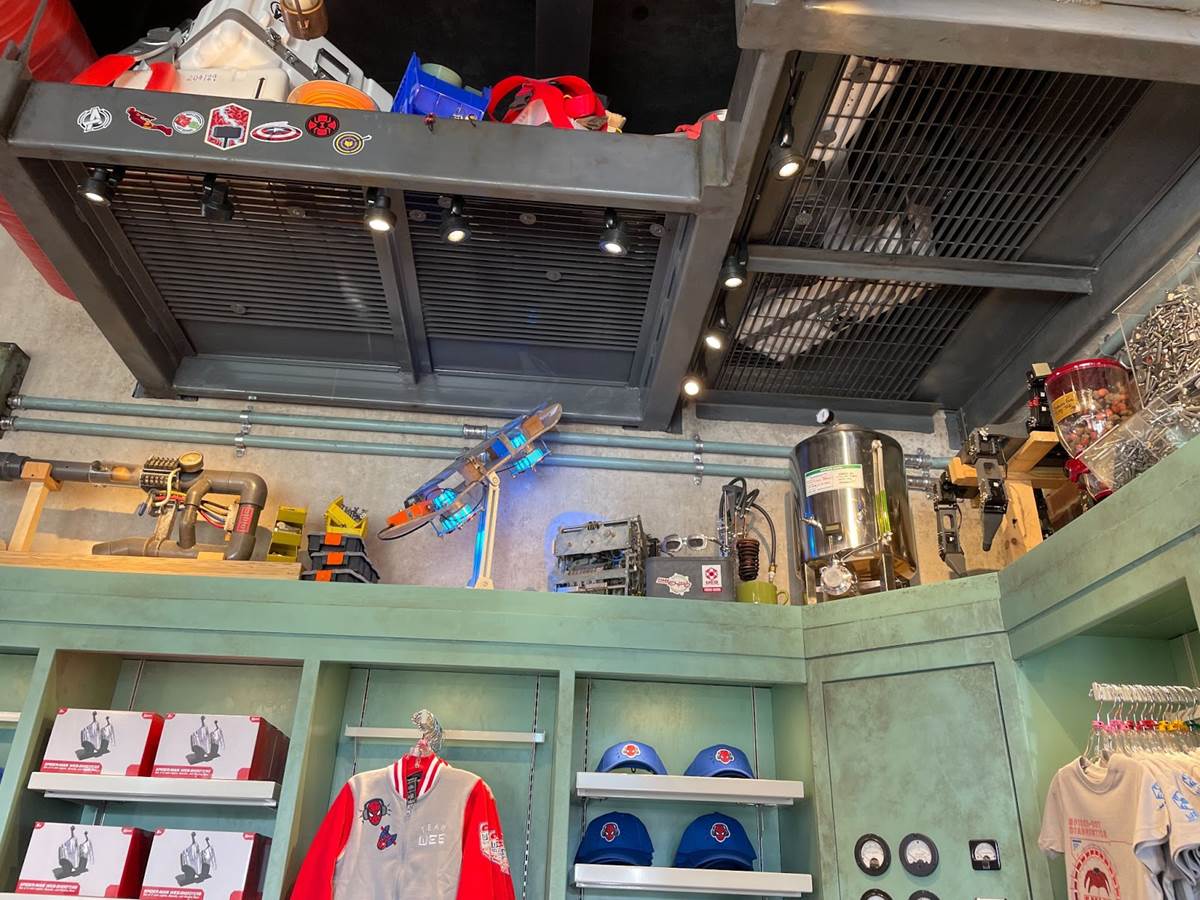 Also in that workspace, and a few other places throughout the land, you can spot some Avengers bumper stickers. These provide references to characters you can meet in Avengers Campus – like Iron Man, Captain America, Black Widow and Thor – but also some that you can’t – like Hawkeye and the Hulk. 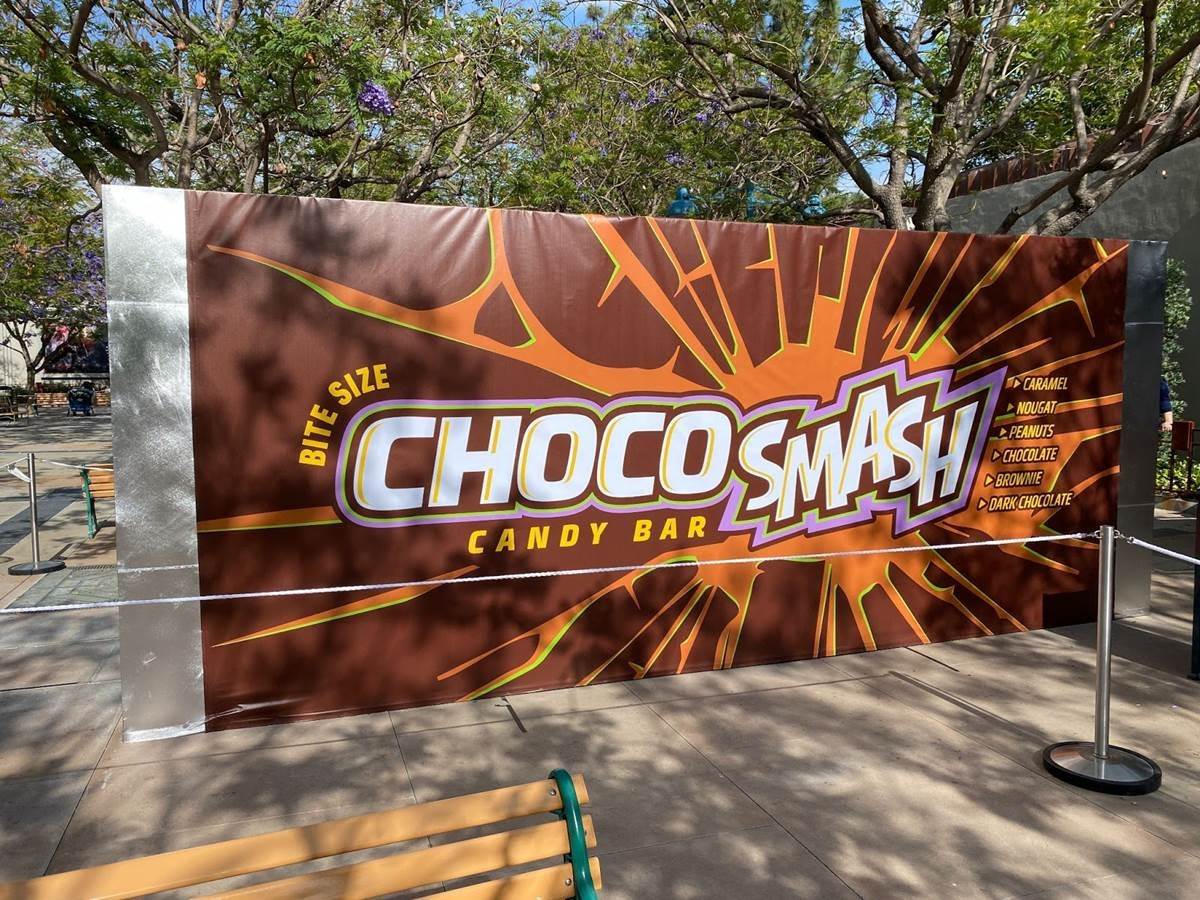 As we pointed out in one of the installments of our Countdown to Avengers Campus, guests will find this giant Choco Smash bar in the middle of the seating area for the Pym Test Kitchen. While the front is clearly a nod to the Incredible Hulk, the back actually features two of our favorite Easter Eggs. If you look at the number on the barcode, it reads 60101964. The Hulk and Hank Pym (as Giant-Man) shared the pages of the “Tales to Astonish” comic series. Issue #60 featured the two heroes on the cover and that issue was released in October, 1964. 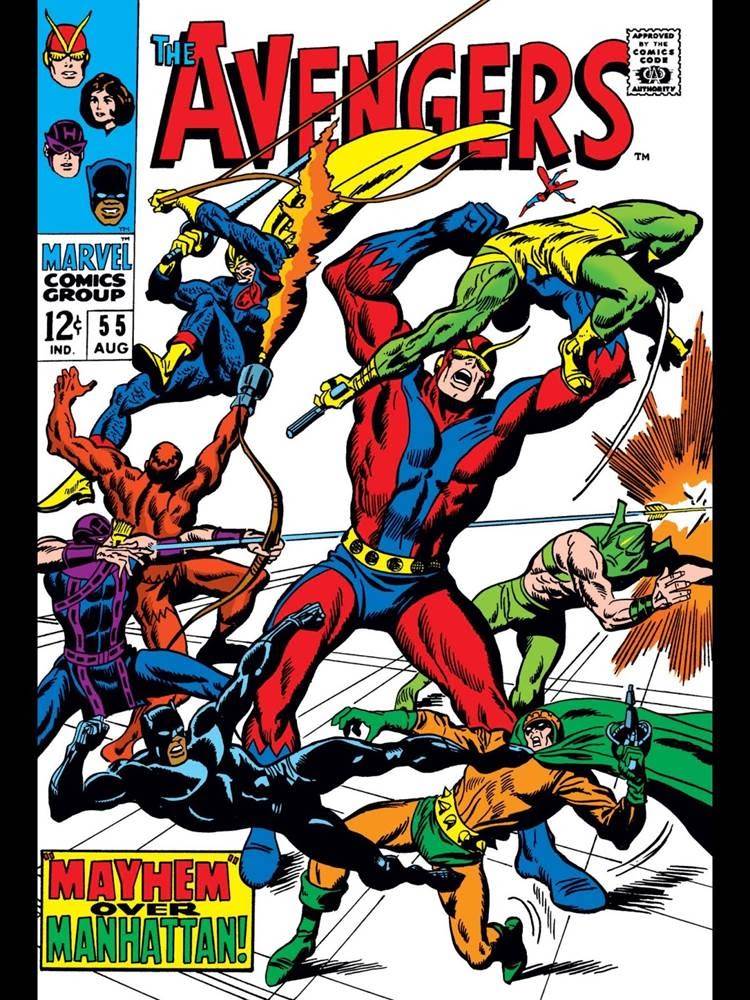 Avengers Campus will open June 4 at Disney California Adventure. Be sure to check back for more looks at all the Marvel fun coming soon.