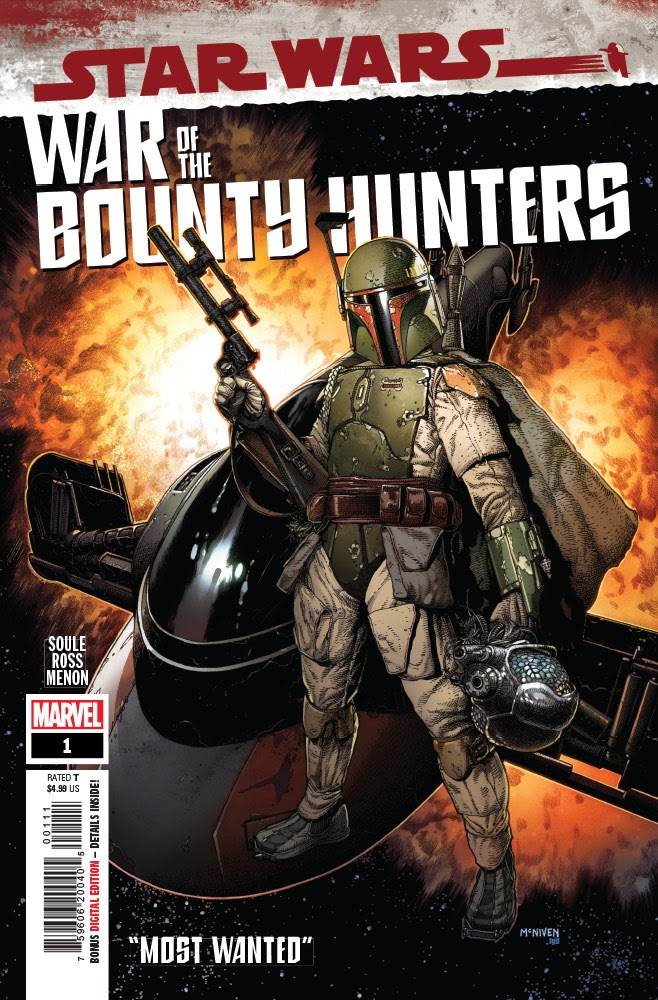 The idea that Boba Fett had a series of escalating misadventures between the time he left Bespin’s Cloud City in The Empire Strikes Back and delivered Han Solo to Jabba the Hutt on Tatooine prior to the events of Return of the Jedi is admittedly kind of a silly one, but that doesn’t mean the resultant story can’t be a whole lot of fun– not to mention galaxy-shattering in terms of adding to the existing Star Wars canon.

In last month’s Star Wars: War of the Bounty Hunters Alpha issue, we saw how Fett had Solo’s carbonite block stolen out from underneath him during a pit stop on the smuggler’s moon of Nar Shaddaa. And in todays #1, the notorious bounty hunter seeks to reclaim his prize from whoever took him, regardless of the danger inherent to such a task. It seems that Jabba has put a prize on Boba Fett’s head thanks to his taking a bit too long to deliver Han Solo to the Hutt’s palace (see the ongoing Star Wars: Bounty Hunters comic book to find out what the Mandalorian-armored mercenary has been up to all this time), so now ol’ Boba is dodging would-be assassins left and right, including Zuckuss and 4-LOM from Empire’s famous bounty hunter scene. Naturally our helmeted antihero is skilled enough to mop the floor with even his most fearsome competitors, and there’s a great bit in this issue with Fett retrieving information from 4-LOM’s databanks, plus the line “There’s never just one bug,” which had me giggling in its cheesy action-movie one-liner-ness. After that, Boba visits Tatooine to grill Bib Fortuna and finds out some pretty big details about just who it was exactly that swiped the carbonite block with Han inside. I’m not going to spoil that surprise here, but suffice to say that it directly addresses one of the few major dangling plot threads in recent Star Wars history and should have fans buzzing with discussion of possible implications as War of the Bounty Hunters continues throughout the summer. 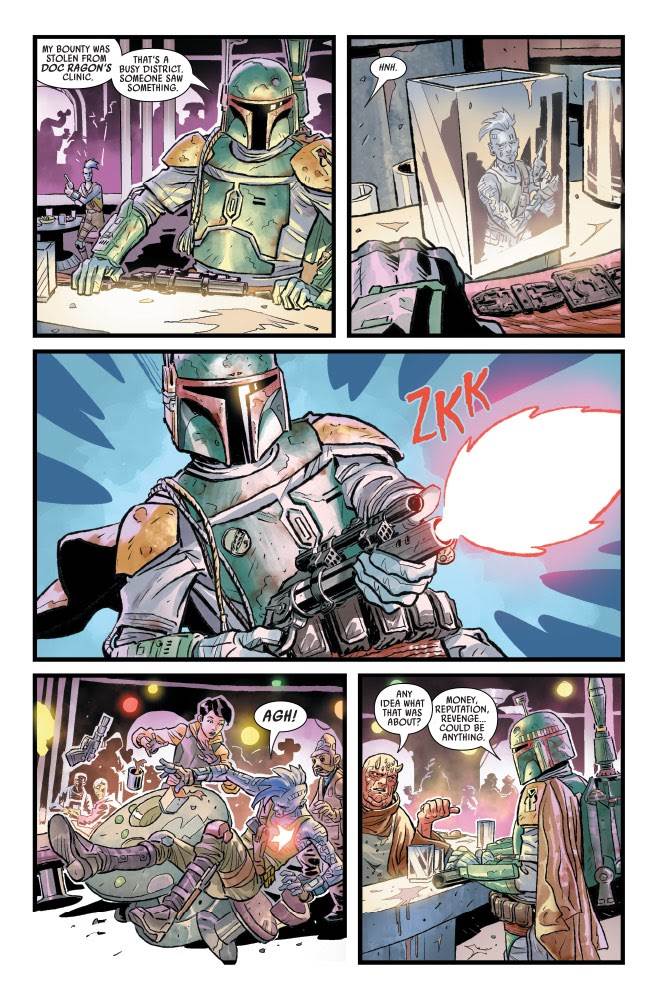 I’ve been a fan of writer Charles Soule’s contributions to Star Wars (like the excellent miniseries The Rise of Kylo Ren) for years now, so it’s no shock to me that this comic moves along breezily and entertainingly as Boba Fett planet-hops and shadowy figures discuss the fate of Han Solo with sharp dialogue and witty asides. But what did catch me off guard was the art by Luke Ross (Star Wars: Allegiance) and especially the coloring by Neeraj Menon (Star Wars: Target – Vader), both of which feel outside-the-box for this franchise, but in the most delightfully attractive ways possible. Each panel on every page grabbed my eye and drew me into the narrative by using a drawing style and color palette that at first seemed antithetical to the tone of this story, but by the end of the issue felt perfectly natural to the tale Soule is endeavoring to weave. Of course the War of the Bounty Hunters title is just part of this massive crossover undertaking, so the story will continue over the next fews months in Marvel’s other Star Wars books, but based on this week’s output, it certainly seems like the mothership is where we’re going to get the big reveals. 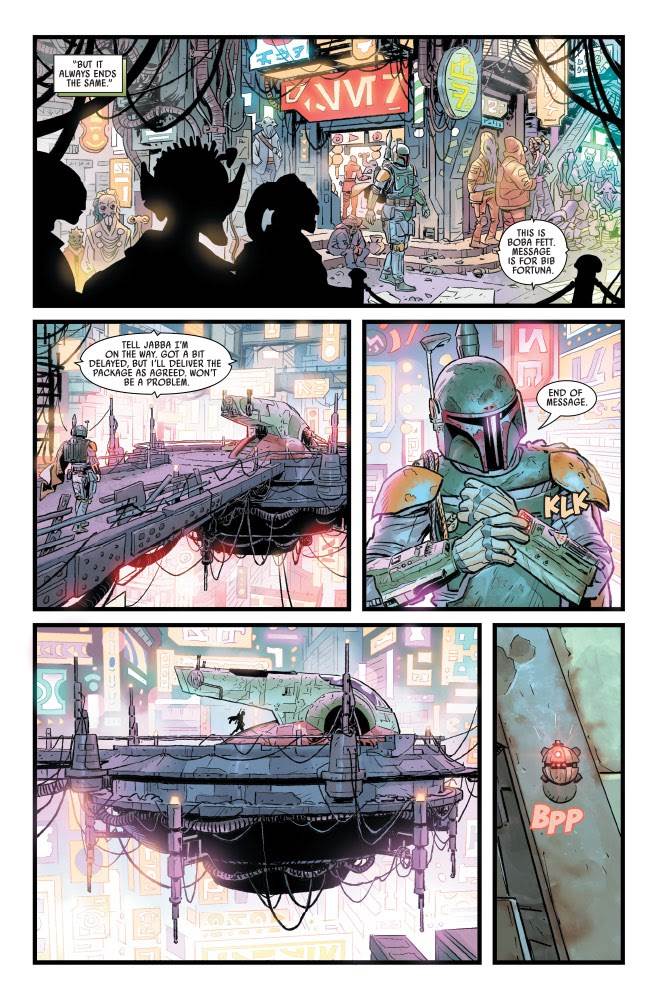 Star Wars: War of the Bounty Hunters #1 is available now wherever comic books are sold.