Pixar’s Luca is now streaming on Disney+ and attendees at Annecy in France had the pleasure of seeing the film on the big screen. In celebration of Pixar’s latest film, a special virtual event was held that began with a showcase of what’s next from Pixar before taking a deeper dive into the making of Luca. 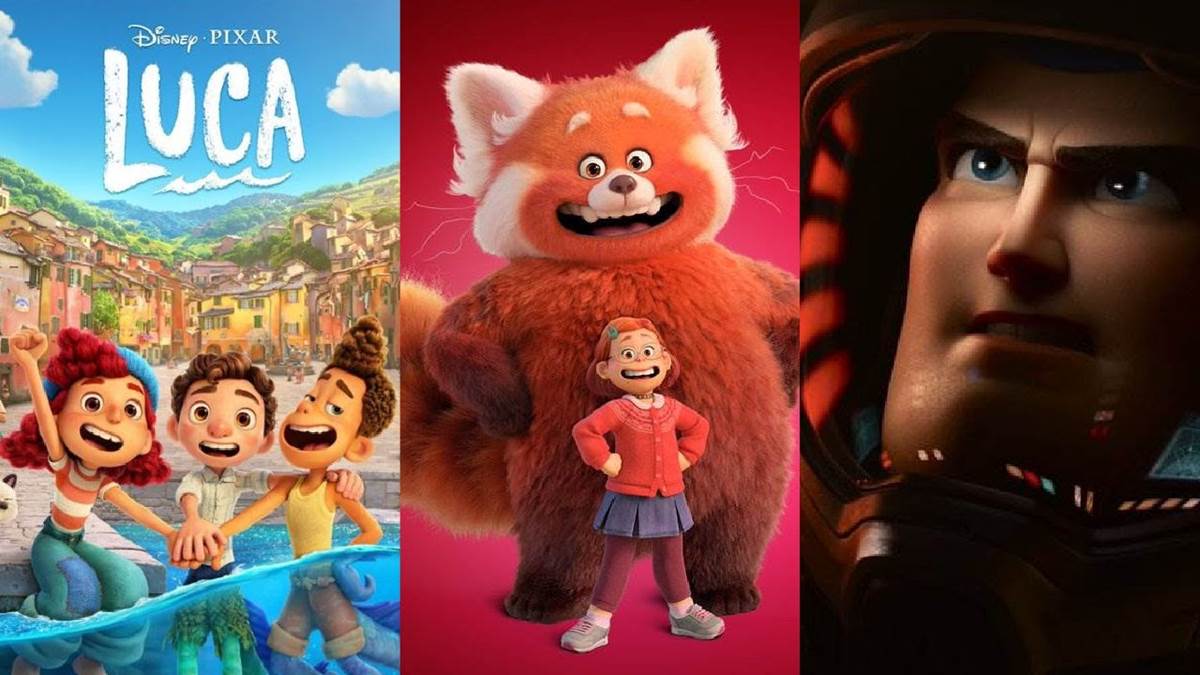 Head of Production Jonas Rivera kicked off the event by talking about Pixar’s new Disney+ series, Dug Days and Cars. There wasn’t any new information to share about either project, but it was fun to see the footage that debuted at the Disney+ Investor Day again.

On the feature film front, Jonas talked a lot about Turning Red, which comes to theaters in March 2022. He welcomed director Domee Shi and producer Lindsey Collins to talk about their film, with Domee explaining that after her debut short Bao, she still had a lot to unpack about her relationship with her mother. The main character is an enthusiastic girl who’s becoming a teenager, but when she gets too excited, she transforms into a giant red panda. Annecy audience members were treated to some never-before-seen concept art from the film, one of which showed a giant red panda walking down the hallways of a school with a pink backpack on while other kids stare at her.

“A film unlike any we’ve ever done before,” Jonas Rivera teased about the next upcoming project, a sci-fi adventure film, Lightyear. “You know his name, now discover his story.” He explained that back when they made the first Toy Story, they imagined that Buzz Lightyear was a toy based on a big blockbuster film, that could’ve been Andy’s new favorite movie. “Lightyear is the definitive story of the original Buzz Lightyear.” Chris Evans will voice the title character in the film, which is due out in Summer 2022. “We can’t wait to take audiences, I’m gonna say it, to infinity and beyond.”

Back on the theme of Luca, director Enrico Casarosa talked a lot about his inspiration behind the film. His childhood friendship with Alberto was the main source of inspiration for the film, with Luca’s best friend sharing the same name. Growing up in Italy, he also created the fictional town of Portorosso based on the Ligurian Riviera, with producer Andrea Warren joining in for a conversation about research trips to Italy and how they inspired the artists in Emeryville.

Animation Supervisor Mike Venturini talked about Enrico’s vision for a stylized look, one that would further push the children’s book style of his previous short film, La Luna. One of the ways this was achieved was through a wider range of mouth movements on the character, something the studio hadn’t tried before. In the end, the animators were able to achieve mouth shapes that traditionally only appear in hand drawn projects. Production Designer Daniela Strijleva also talked about the ways they tried to give the film a handmade look, which includes Luca’s eyes having a handpainted texture. At one point, Enrico Casarosa even tried using watercolor skies in the film, but they didn’t blend well enough with the world to be used.

You can step into the charming, cartoony world of Luca, now streaming on Disney+.