Movie Review: Marvel’s “Black Widow” Reminds Fans Why They Fell in Love with Natasha Romanoff (And Why Her Sacrifice Still Hurts)

We have waited a long time for this. Marvel movies are finally back in theaters (and on Disney+ with premier access). Black Widow is an action packed adventure that features everything that we have missed about big movies. 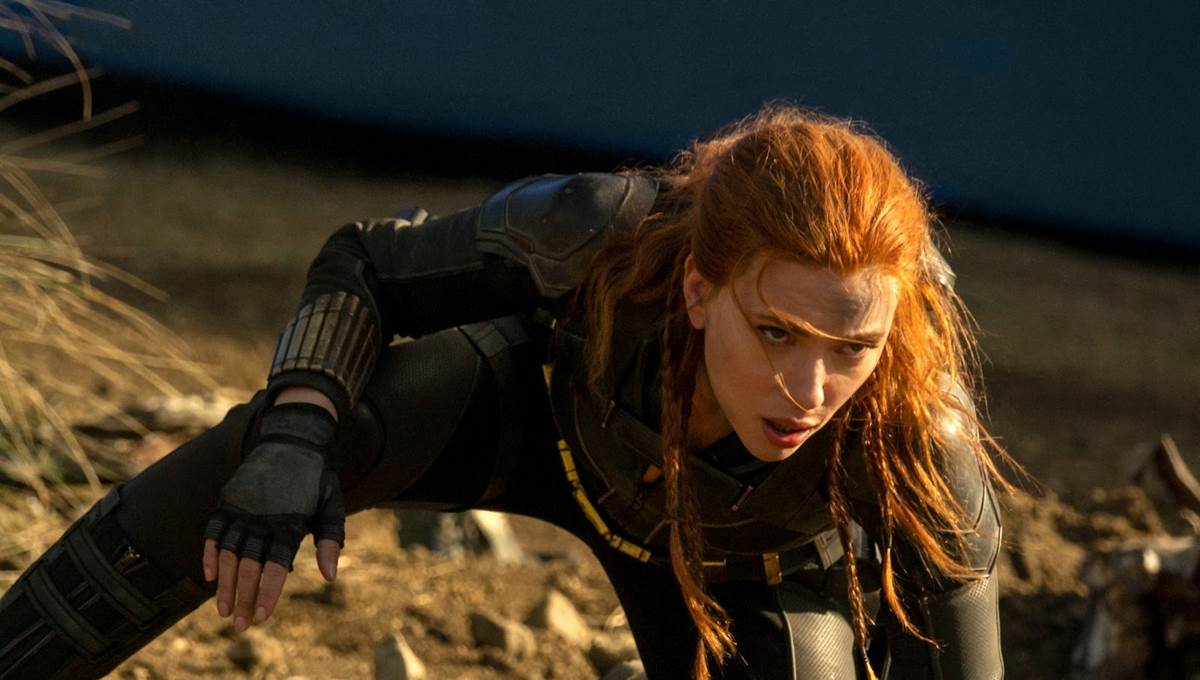 Black Widow excels on my fronts, but the cast, the action sequences, and the score are standouts. While we have had many opportunities to see how magnetic Scarlett Johansson is as Natasha Romanoff, her newly revealed “family” is what grabs you into the story. Florence Pugh has a bright future as Yelena Belova. Her charm rivals Johannsson’s while still being able to show the pain underneath. To talk about what makes Rachel Weisz’s and David Harbour’s performances so stellar would be a spoiler, but I cannot wait to see the movie again to truly appreciate the characters’ nuances and evolution. Beyond the core family, O. T. Fagbenle finds a way to be memorable despite his brief role, which makes you hope he will become a recurring MCU fixture like Clark Gregg’s Agent Coulson.

The film, at its heart, is about family. That is what makes the movie so gripping. The prologue may be the most intense beginning of a Marvel Studios film to date. Not because it is large in scale, but because it is small. The subtle differences in Romanoff’s and Belova’s ages changes their whole perspectives and trajectories. We nearly never get to see our heroes as children in the MCU, and Black Widow wisely changes that. The action sequences are stunning and thrilling. For that reason, I highly recommend you see Black Widow on the biggest screen possible. They are sprinkled like gold nuggets throughout the film and will have you at the edge of your seat. For those wondering if Endgame’s finale would ruin our enjoyment of smaller scale action, Black Widow proves that you can still feel the rush of a well crafted battle when it is just two characters. By acing the family moments and the action scenes, Black Widow is the perfect film to mark your return to the movies.

Lorne Balfe’s score provides a new sound to the Marvel Cinematic Universe while still having the grand sound that we expect. The melodies seem to be inspired by Black Widow’s Russian origin, bringing in a unique flavor that still feels true to the characters and story. The choir adds a richness that only accentuates the uneasiness that all the characters are facing through the entire adventure. This is Mr. Balfe’s first Marvel film, but I hope it will not be his last.

While the story brings us the closure of Natasha’s arc by giving us more insight into the character’s history, motivations, and ethics, the extra time and emotional distance from her sacrifice has helped us all move on. With WandaVision, The Falcon and the Winter Soldier, and Loki, we have transitioned from grieving the characters we lost to looking towards Marvel’s future. Through no fault of its own, Black Widow feels like a look back while we have all transitioned to looking forward. Of course, none of that is the movie’s fault, nor Marvel’s. So do yourself a favor and watch Black Widow’s other appearances again so you can remember how you fell in love with the character to begin with and how much her sacrifice hurt.

Black Widow’s role in the pacing of the MCU may have been impacted by a pandemic, but the craftsmanship and artistry have not. Consider this film not as the beginning of the next phase in the MCU, but as an excellent film in its own right. You may even find out something about where the MCU is headed after all, but that’s just excellent gravy on top of a well-cooked meal.