At the beginning of April, Del Rey announced that it will be reprinting a number of older, currently non-canonical Star Wars novels with fresh cover artwork as part of its new Essential Legends Collection celebrating Lucasfilm’s 50th anniversary. Among this series’ three initial titles released in mid-June, I had already read Timothy Zahn’s Star Wars: Heir to the Empire several times growing up– it’s the book that made me a hardcore Star Wars fan around age 11 or 12– but I was not nearly as familiar with the other two: namely Star Wars: Path of Destruction and Star Wars: Shatterpoint, which both came out during a period in my life when my personal interest in the franchise had waned. 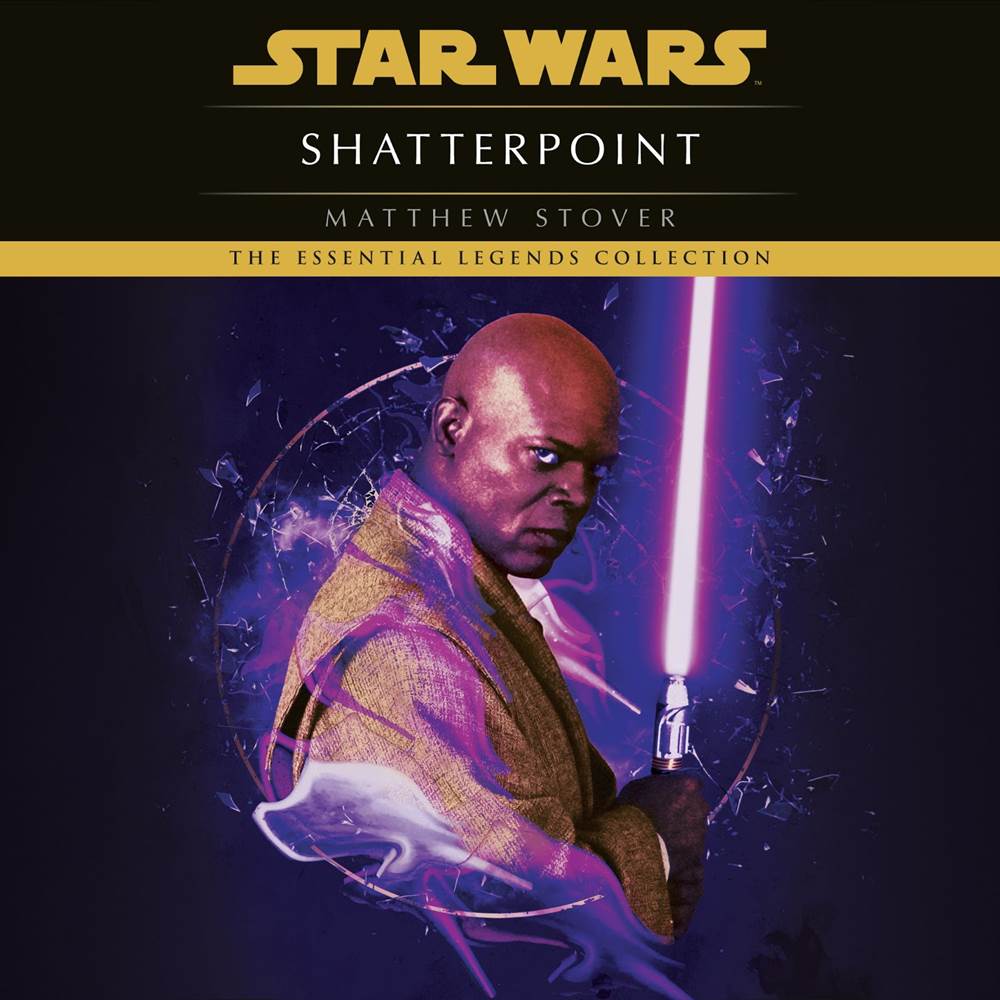 When I received review copies of all three new editions and the now-unabridged Star Wars: Shatterpoint in audiobook form, I decided now would be the perfect time (admittedly for the first time in a long while) to dive into some Legends-canon novel content and see how it holds up over the years since its release. And ultimately I think that’s what going to be the best thing about the Essential Legends Collection– encouraging fans to revisit (or even discover for the very first time, as was my case with Shatterpoint) some Star Wars stories which, though they may not be considered part of the current Disney-era canon, are still absolutely worthwhile as entertainment unto themselves. 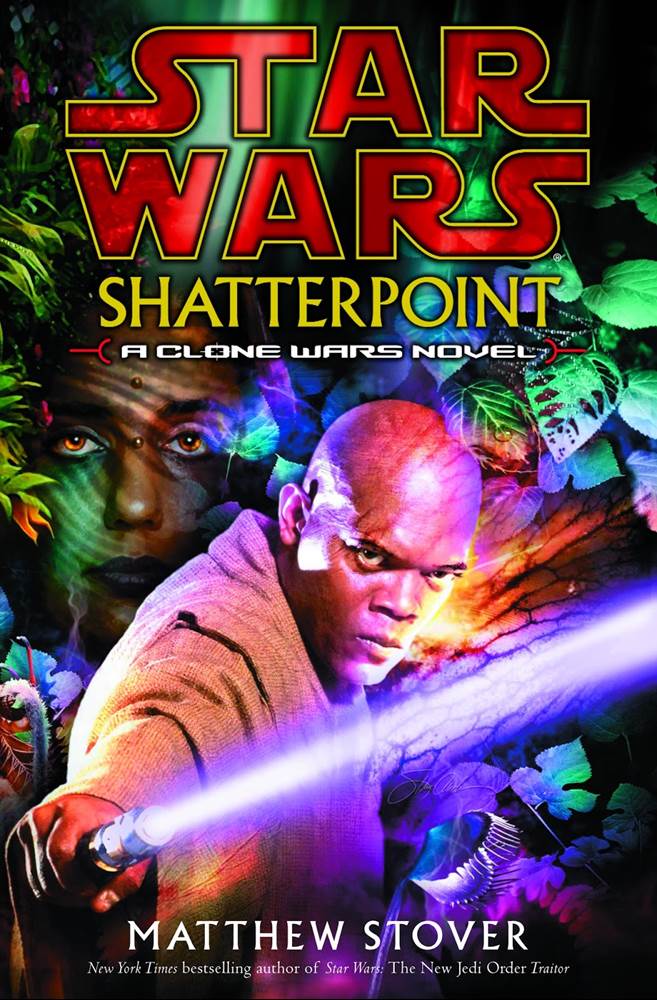 Star Wars: Shatterpoint by Matthew Stover (the author of Star Wars: The New Jedi Order – Traitor, who would also later go on to write the fan-favorite Revenge of the Sith novelization) was first published in the summer of 2003, a year after Attack of the Clones was released into theaters, and indeed the book’s narrative is set during the Clone Wars– or between Episodes II and III of the Skywalker Saga, if you’re inclined to keep track of such things. After the first few chapters I wondered if there was any real reason– other than most pre-Disney Star Wars content not directly created by George Lucas having been wiped out in favor of the new timeline– that this tale couldn’t be considered canon, but by the time I got to the end I absolutely understood why it can’t, though I won’t spoil that specific reason here. The story of Shatterpoint focuses on Jedi Master Mace Windu (played by the always-cool Samuel L. Jackson in the Star Wars prequel trilogy) as he returns to his war-torn home planet of Haruun Kal to retrieve his former Padawan Depa Billaba, who has disappeared after becoming entrenched in a local conflict. 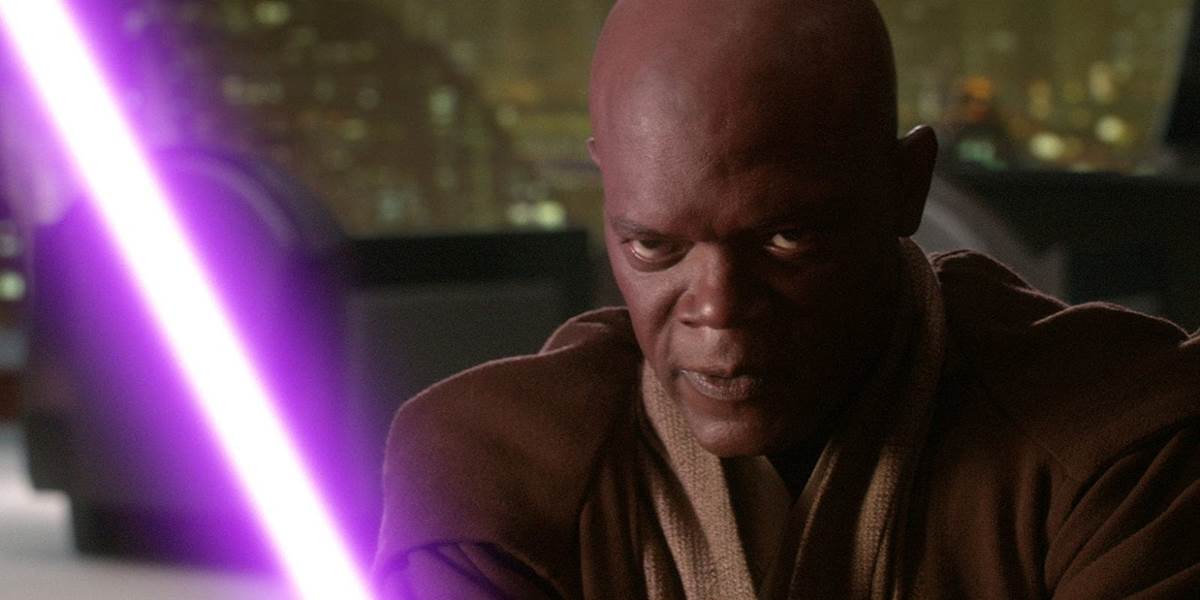 If that premise sounds at all familiar to you, it’s probably because it’s a loose take on the basic plot of Joseph Conrad’s classic 1899 novella Heart of Darkness, not to mention the acclaimed 1979 Francis Ford Coppola (a buddy of Lucas’s) movie it inspired: Apocalypse Now. And once those similarities make themselves evident to the reader just a few chapters in, it’s easy to draw further parallels between these three stories, right down to Billaba repeating the phrase “the horror” in desperate response to the chaos of war around her, Marlon Brando-style. I consumed Star Wars: Shatterpoint by reading along with the reprinted novel while I listened to the new audiobook, and I found myself incredibly glad that Del Rey made the decision to include it in the first round of its Essential Legends Collection. The book is extremely well-written, and Stover’s prose brought me back to a time when standalone Star Wars novels were more readily allowed to exist as their own reasons for being rather than just as means to an end in setting up the next installment or film. 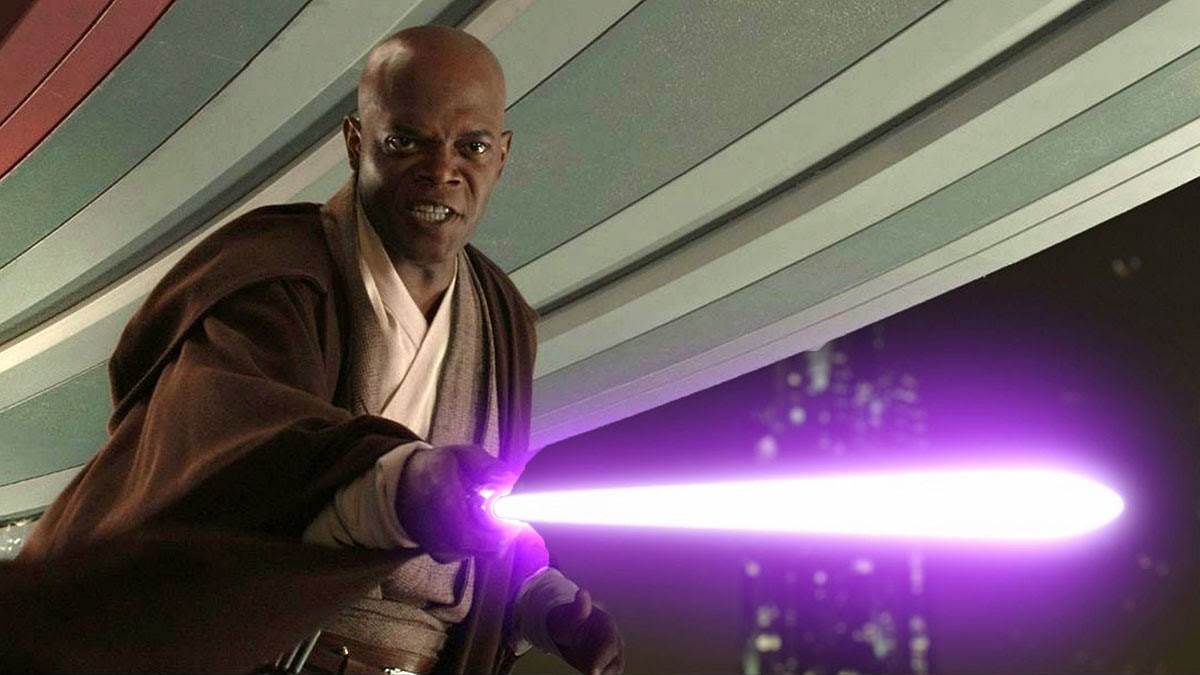 Master Yoda and then-Supreme Chancellor Palpatine make brief appearances at the beginning and end of the story, and there’s thankfully only a quick mention of Anakin Skywalker and his destiny, but otherwise this a breath of fresh air in that it’s mostly Mace Windu’s time to shine. This is another reason Shatterpoint stands out to me as opposed to some of the other recent Star Wars novels I’ve been reading– it zooms in on just one protagonist, gives him some interesting supporting players (including a fun new comic-relief sidekick named Nick Rostu and a menacing adversary called Kar Vastor) and then spends the bulk of its 400+-page length as an intriguing character study. There are some knock-down-drag-out battles in this book as well (fair warning: this novel gets dark with a capital D) but what I found most interesting about it was the extended peek into Windu’s thought process. And in his new narration, Sullivan Jones (of Hulu’s The Looming Tower) does a great job of delivering the essence of these dramatis personae without relying too much on cheap imitations. The bottom line here is that the Essential Legends Collection has absolutely proven itself worthwhile so far, and I’m looking forward to checking out Star Wars: Path of Destruction next. Star Wars: Shatterpoint is available now as part of Del Rey’s Essential Legends Collection as both a printed edition with a new cover by artist Jeff Manning and as a newly unabridged audiobook edition read by Sullivan Jones.