Hello and welcome back to Laughing Place’s ongoing series of interviews with the eliminated teams from the second season of FOX’s LEGO Masters. This week’s team to bid farewell was known as the “Utah Moms” and was made up of the friends Susan and Jen. Mike Celestino, Laughing Place:  What was your history with LEGO before participating in LEGO Masters?

Jen:  I got my first set when I was six for Christmas and from there, it was an addiction. I saw endless possibilities. I could build whatever I wanted. And as we got more and more sets, my brother and I just would mash them [together] with other worlds. It was something we played with my whole childhood. [We] put it in the storage bin for a little bit, and while we were having kids after we got married, my husband and I then pulled them out as soon as my kids were old enough. So I've always loved LEGO; it's always been one of my favorite toys. Actually, it is my favorite toy. I didn't start doing art with it until about six years ago, and it was after that that I met Susan at our local LEGO users group, ULUG: Utah Lego Users Group.

Susan:  I didn't play with LEGO as a child. I think I might have had a few pieces of Duplo, but when I had my own children– I think when my son was five years old– I started to buy Lego for him. He was really into Pirates of the Caribbean, so I was building the Black Pearl and those kinds of things, and it just sparked something. I just started buying and collecting for my children, obviously. And then once we got a LEGO Store in Utah, which was five or six years ago, it was all over. I just started buying and collecting as much as I could… and building, obviously. It's too much fun. Once you get in, you're hooked.

LP:  Once you finally got on the show, what was your personal favorite part of actually being there on set and experiencing that whole process?

Susan:  I would have to say meeting the other contestants and forming those relationships with them.

Jen:  Definitely. Walking onto that set for the first time felt like Christmas morning. The kid in me was so happy to be there– to play on that set with all that brick. And then when we were off-set, being able to have so much fun and camaraderie with the other cast mates and the other teams. That's really what I take with me, is just the love and the bond that we share. It was an amazing experience all around. I love that we have made so many amazing friends from the show. 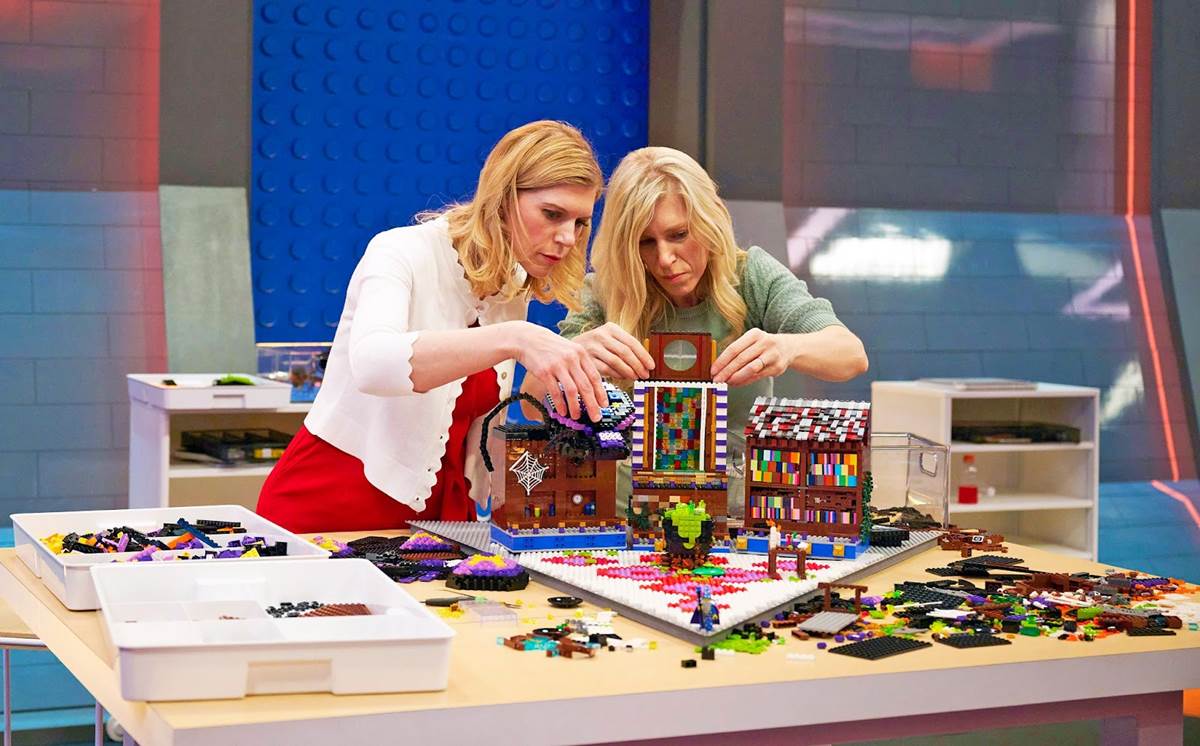 LP:  It seemed like there was a really emotional moment at the end of this week's episode, just after you guys had left. And I was wondering, is that something that you were expecting or did that catch you off guard?

Susan:  It was a surprise because we weren't there. We didn't know what happened.

Jen:  We had left already, and watching that last night was the first time I had heard Caleb say that. So it was really touching and I was crying watching it. It was just amazing because I feel the same way about them. They're family and it was hard when any of us had to go. I mean, we spent ten minutes every time there was an elimination, all of us in group hugs saying our goodbyes and well-wishes. I think we took up a lot more time on set than they had allotted for us to do that, but they're just overflowing with love for each other and respect. And we wanted to see each of us do really, really well. So it was hard when somebody had to go home. I mean, it was really hard.

LP:  The episode in which you got eliminated was kind of a two-part challenge. The first part was the Lamborghini memory build. Tell me a little bit about that, how you approached it, and how you feel it came out for you guys.

Susan:  I think when we studied it, we each picked an area and tried to memorize it, which really didn't translate into LEGO. I'm not that experienced with Technic pieces, and so those panel pieces and trying to figure out how to connect them all interior-wise was a little bit of a challenge. It was fun to take that on. I thought we did pretty well, and we had a really good division of tasks and time management for that challenge. It just ended looking a little more like a Volkswagen than we anticipated. But it was all in good fun. 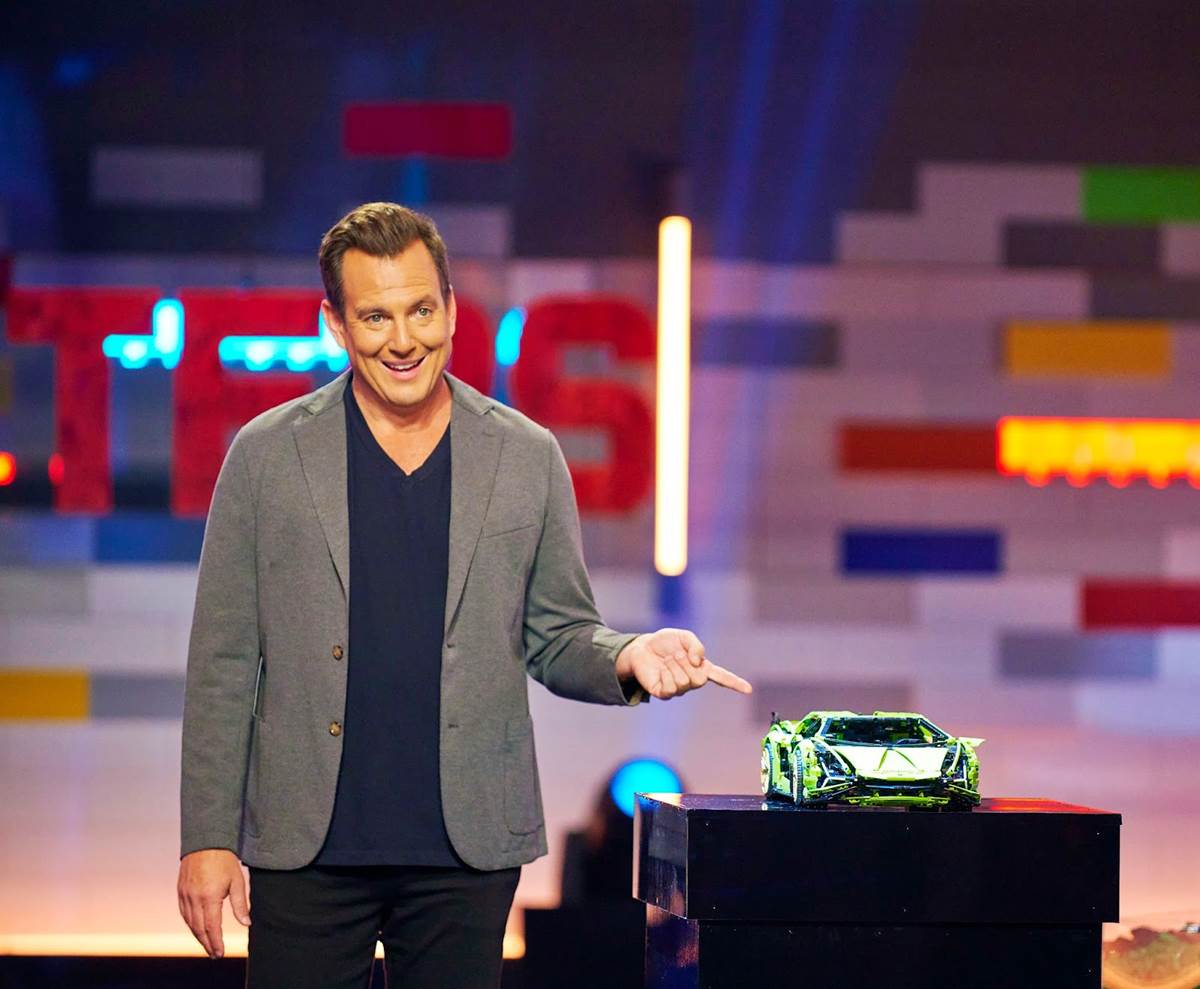 LP:  I have a very specific question about that: after Will Arnett pushed the existing model off the table, did they take the broken one away so you couldn't look at it anymore?

Susan:  Yes, that was definitely gone.

Jen:  Yeah. They didn't leave anything to help us out. And the parts they gave us were not all of the parts from the set. It was just enough, hopefully, for us to do a shell. So it was hard trying to get interior pieces to connect together and that sort of thing. We really had to be creative with something that wasn't our strong suit. We were a little out of our comfort zone, but it was a great learning experience. It was a lot of fun and we both jumped in and said, ‘Let's go; let's do this.’

LP:  Tell me about the second challenge– the demolition derby. How might you approach this differently if you were given a second opportunity?

Jen:  I wouldn't run over any tires. Those tires in the field are what stalled us out. That's what I would have done differently. I liked our build. I thought we did a great job; it had a cute little face and this roaring engine on it, flames coming out of the pipes. It was fun. I had built the threshers to break off on the corners to expose the metal corners for the RC chassis, and that's what I was ramming into everybody’s LEGO. I was breaking cars apart on the field. I was fully planning to win that episode if I hadn't stalled out on a tire. I would have changed the way I drove on the field if I had a second chance.

Susan:  I think I would have changed some of the detail. I really liked that build, and I think if we’d had more time to add more detail, that's what I would change. 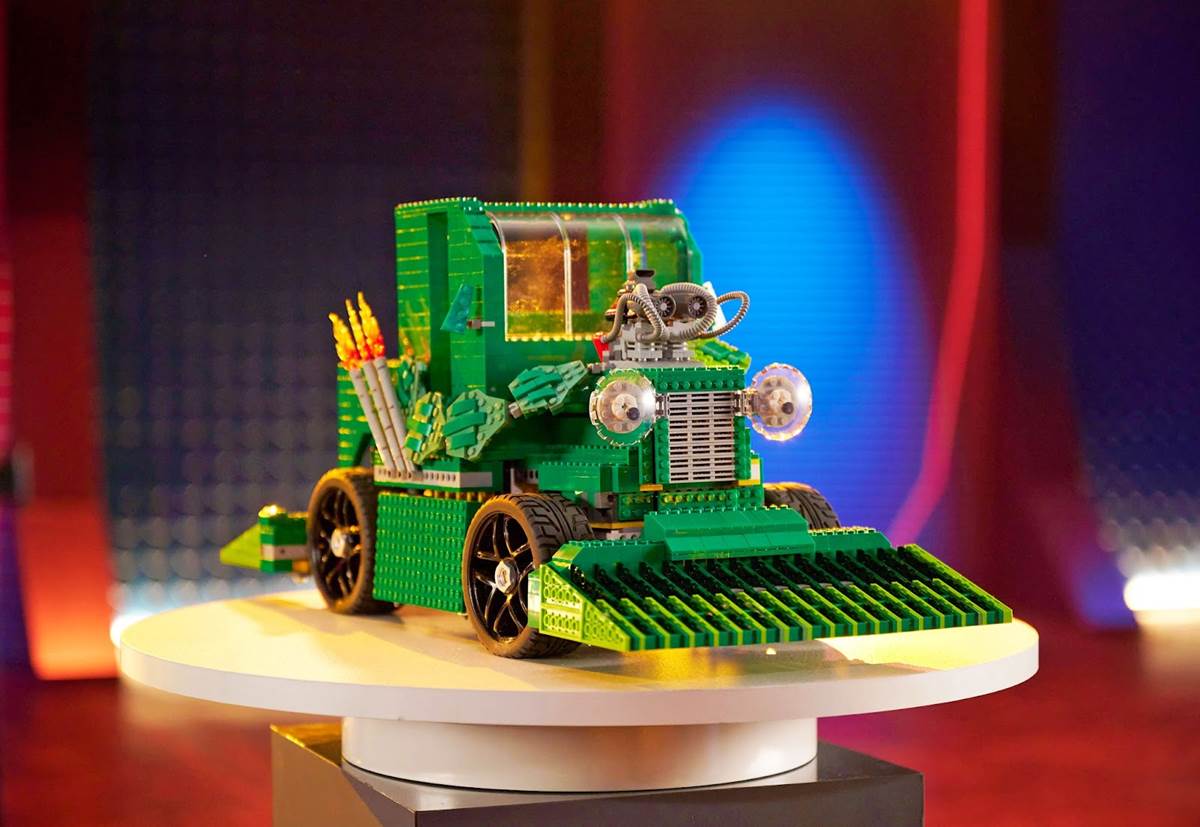 LP:  I think we're getting to the point where it's going to be tough for the judges to pick between these projects.

Jen:  I do not envy them their jobs. I could not choose. There's no way I could choose, so I'm glad I'm not a judge.

LP:  Speaking of the judges, Amy and Jamie, and the host, Will Arnett– do you have any memorable experiences interacting with those guys?

Susan:  Well, I thought Will was quite handsome. He didn't spend nearly enough time at our table, but whatever. [laughs]

Jen:  [I] could have gotten his phone number for you, Susan. What kind of wing woman am I? [laughs]

Susan:  They were so much fun and they were very encouraging and very helpful. And they wanted the best from all of us. They wanted us all to be our best, so they couldn't give us specific pointers, but they gave us all general helping points. They were kind of like, ‘I'm saying this, do you get what I'm saying? I'm trying to give you a message. And I can't say specifics, but you get it.’ And we're like, ‘We get it. Thank you.’ So it was really awesome to have them come to our table every episode. Every time they all walked out, I was totally fangirling. It was the best. They're amazing.

LP:  Do you have any tips to offer to anyone who might be a future contestant on LEGO Masters?

Susan:  I would say don't be afraid to build big. You can cram in as much detail as you need, but if you don't have that size, it's going to look puny.

Jen:  Definitely. And my advice would be to come off of building by only the instructions. What I've been telling people is to get these LEGO three-in-one builder kits. Buy three of them, build all three different models that they give you so that you can learn the techniques, then take them all apart and then put them all together to build something giant that's yours. That gets you off of the instructions, but also lets you springboard off of the techniques that you just learned from those builds. So that is a really, really good exercise for learning to be on LEGO Masters. 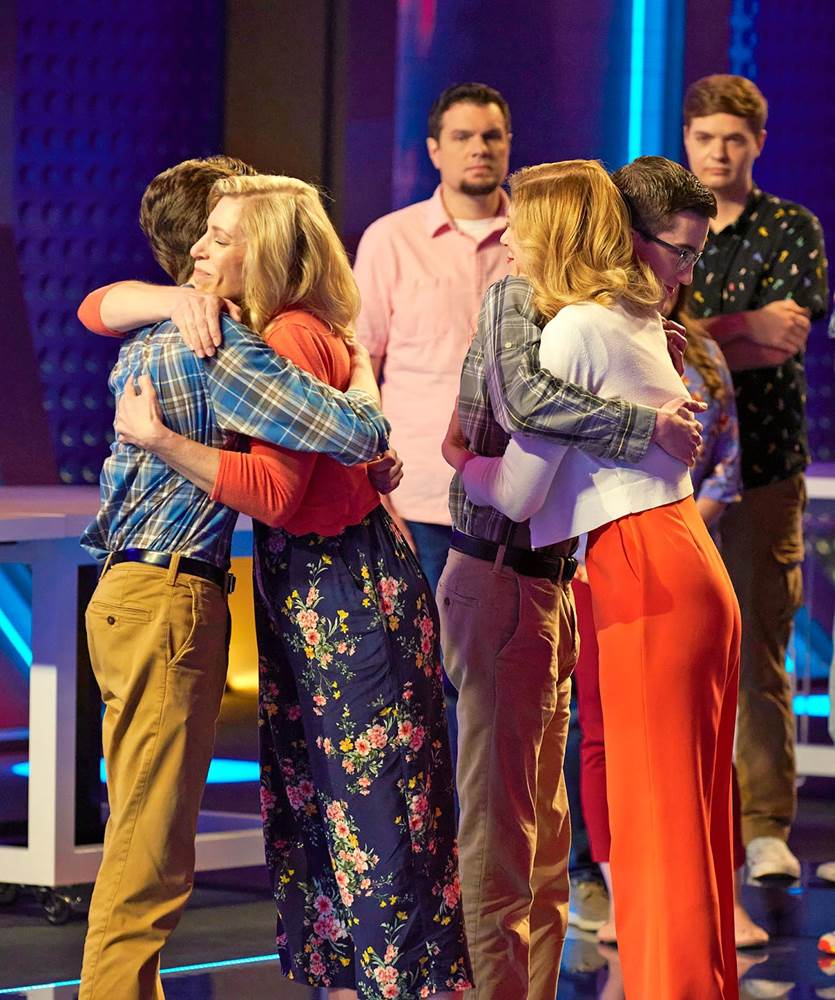