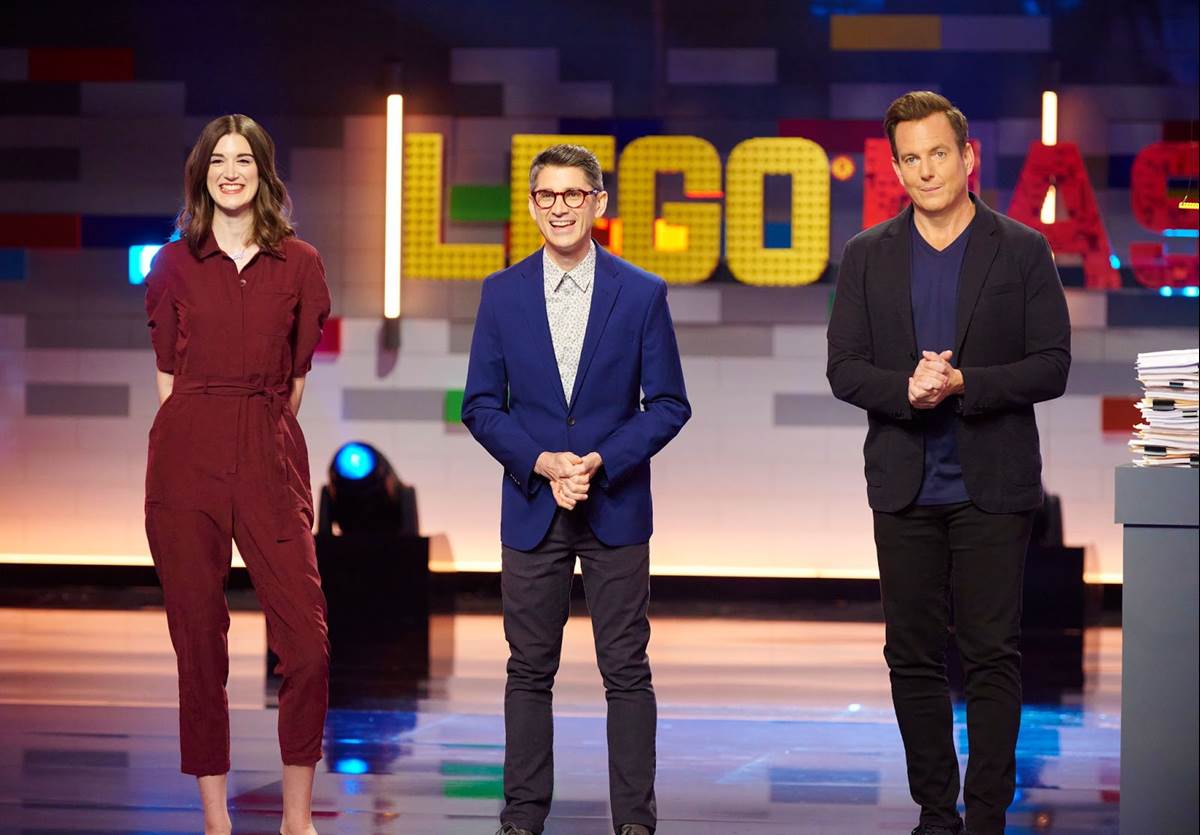 FOX’s hit reality competition series LEGO Masters continued this week with the installment entitled “One Floating Brick,” and at the end of the episode viewers had to say goodbye to another team of competitors in the intense brick-building contest.

Today, Laughing Place’s interview series with the departing teams from LEGO Masters season 2 continues with a discussion between myself and the partnership of Syreeta and Randall. 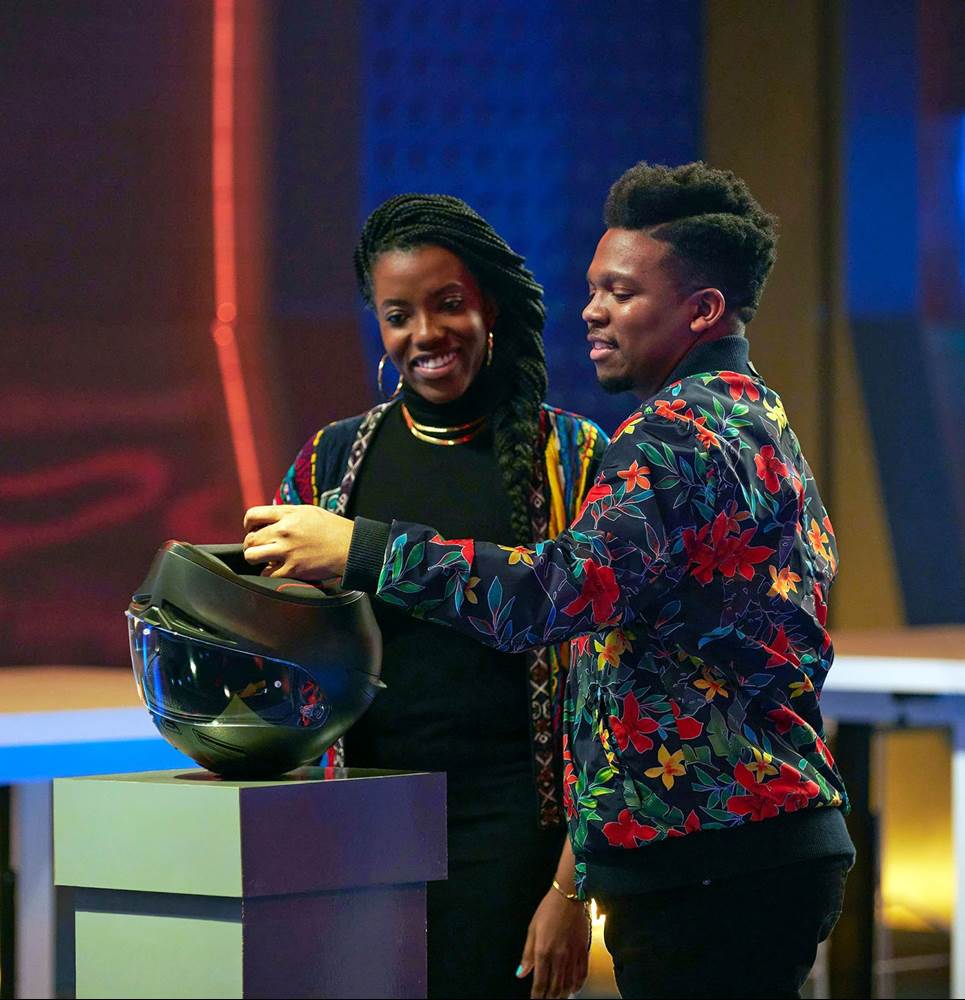 Mike Celestino, Laughing Place:  What was your history with LEGO prior to being contestants on LEGO Masters?

Syreeta:  I started playing with LEGO maybe about a decade ago at this point. My introduction was through the architecture sets; [I] really loved those. My dad was an architect, which is the opposite of what happened on the show. [laughs]  I played with LEGO to relax– that was my introduction. Then quite a few years later, I was connected with Randall. I was like, ‘Hey, it would be cool if we create some hip-hop inspired LEGO pieces.’ Which led us to create Most Incredible. Which led us to LEGO Masters FOX. That's my journey through LEGO.

Randall:  I started at four years old. I started with a Technic set that was red bricks, and ever since then it's been on. Receiving sets [when] I was a kid every six months, basically for my birthday and Christmas, and over time being interested in making my own stuff out of those sets. Just put everything in a bin, and then see what you can come up with. Being inspired by architecture and objects out in the world, and seeing, ‘How can I build that in LEGO? What techniques are necessary for that to look as close to the real thing as possible?’ And as Syreeta said, eventually connecting through the venture of Most Incredible that we have. I didn't seem to have a dark age [at] any point where I put it down. At the most, when I was in college, I might not have [been] talking about it with my friends, because I just thought that wasn't cool. But it's funny to see those college friends now watch the show, and I'm like, ‘Who would have thought I would have been here?’ I think following my passion this entire time got me to where I am. I'm grateful for that. 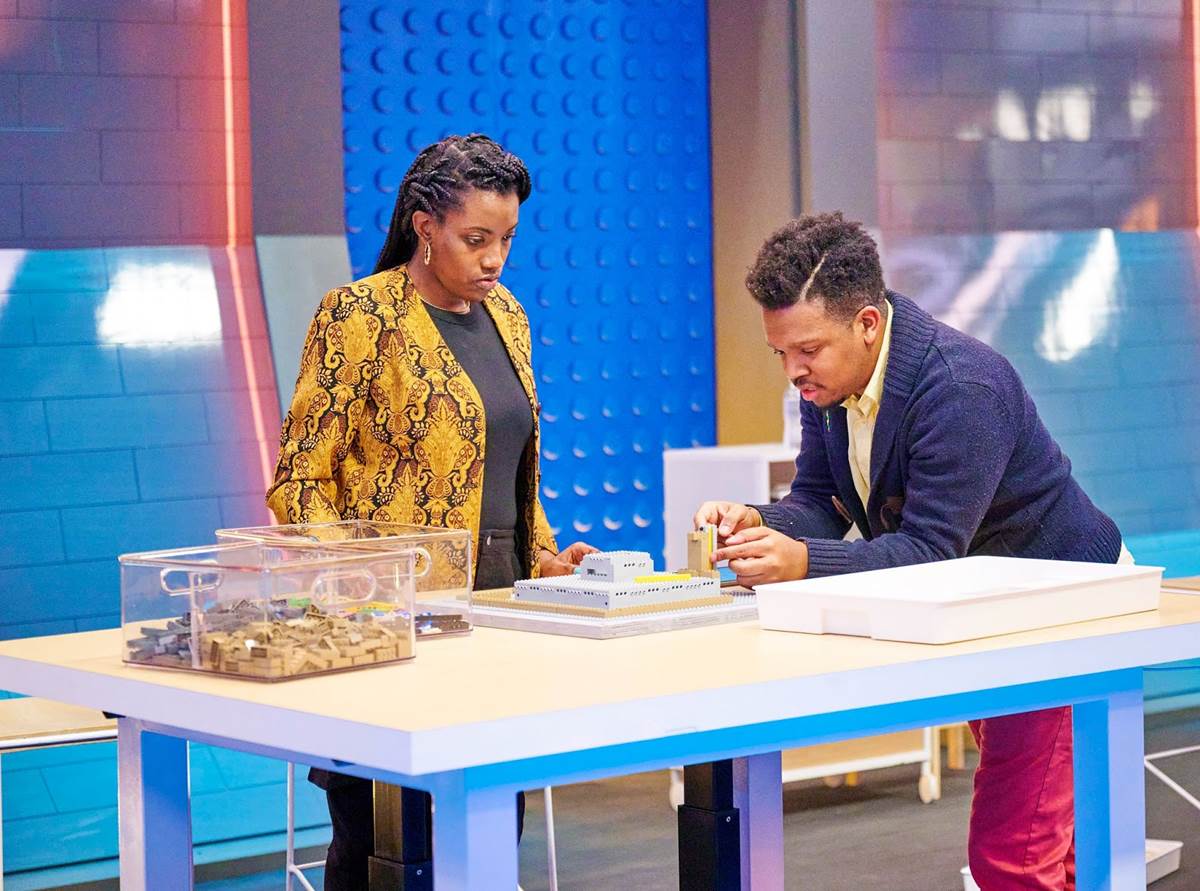 LP:  Tell me about the experience of actually shooting LEGO Masters. Did you guys have any particular highlights that stuck out for you?

Randall:  It was hot. [laughs]

Syreeta:  That was an understatement. Yeah. It was hot, and it was during quarantine. Yeah, I have a lot of personal moments… definitely meeting folks. That's always a highlight– just got to really connect with folks from different cities, which is amazing. Kind of like building those one-on-one relationships with the other contestants of the show. Certainly thinking about what I was going to wear, and if I was going to be able to get my hair done is a real thing. But we made it through. And then having these one-on-ones with Randall around things that we might not have ever spoken about prior to being on a show. It was certainly a highlight.

Randall:  Yeah. We learned a lot in that pressurized environment: how to communicate with each other, what resonates and what absolutely does not resonate. Because you’ve got to work fast in that moment. Also to add to what she said, getting to know people through the prism of LEGO, all those other contestants, finding my people that I can nerd out with. I can't say that I had a Rolodex of LEGO friends in my phone before this, but now I do. And then also just having small moments in the brick pit. Lauren might've been wearing a certain type of shoe, and I'd be walking in step with her, just to mimic how loud her shoes were stepping. Just little moments like that, that aren't captured on camera. But we know what we're there to do– we're in a competition. But [we were still] finding moments to have fun and relate to each other, because this is a very unique opportunity that we've been exposed to. 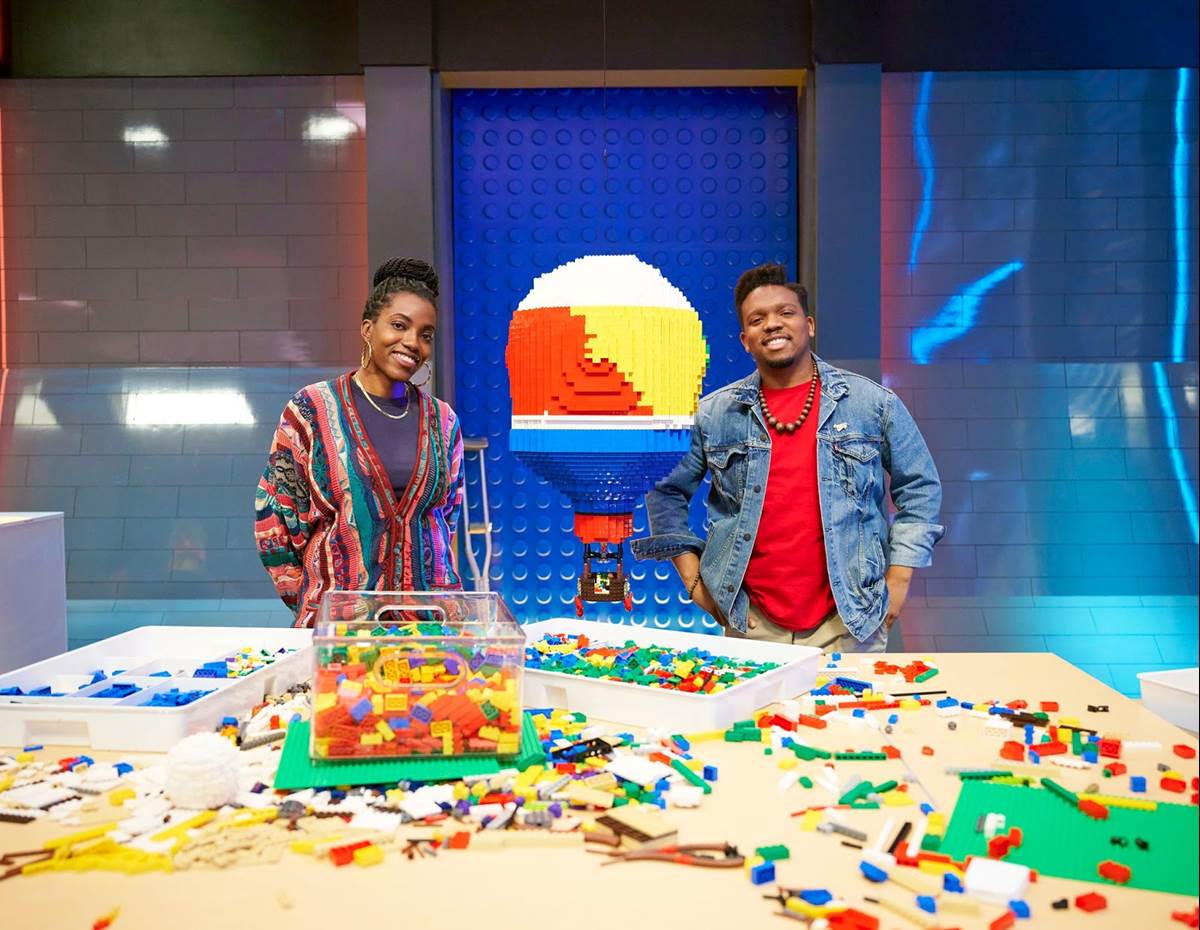 LP:  The challenge that got you eliminated was called “One Floating Brick.” Given the opportunity to go back, how might you approach this project differently?

Randall:  [shows newly created version of hot-air balloon] That's part of what I started building after I came home, because I just had to get that off my back. I was like, ‘I have to do this, because I know what we did on the show was not what I wanted to do.’ Basically, what this was supposed to be is a series of concentric circles. I think what I would have done was build it like this in part. I think the other thing that failed us was that we weren't doing anything [that was] in my eyes technically interesting. We were stacking bricks, but we weren't using a lot of SNOT techniques, and using ball joints to connect things. On top of maybe not having the story there, that's probably what sent us home. I think what I might've done differently if we were to continue with the hot air balloon concept, was to be more… I'm going to use the word ‘extra,’ but what I mean by that is more fantastical. Not just have it be the object, but think of something outlandish and absurd to capture your eye, and then be able to look at the details once it's captured. 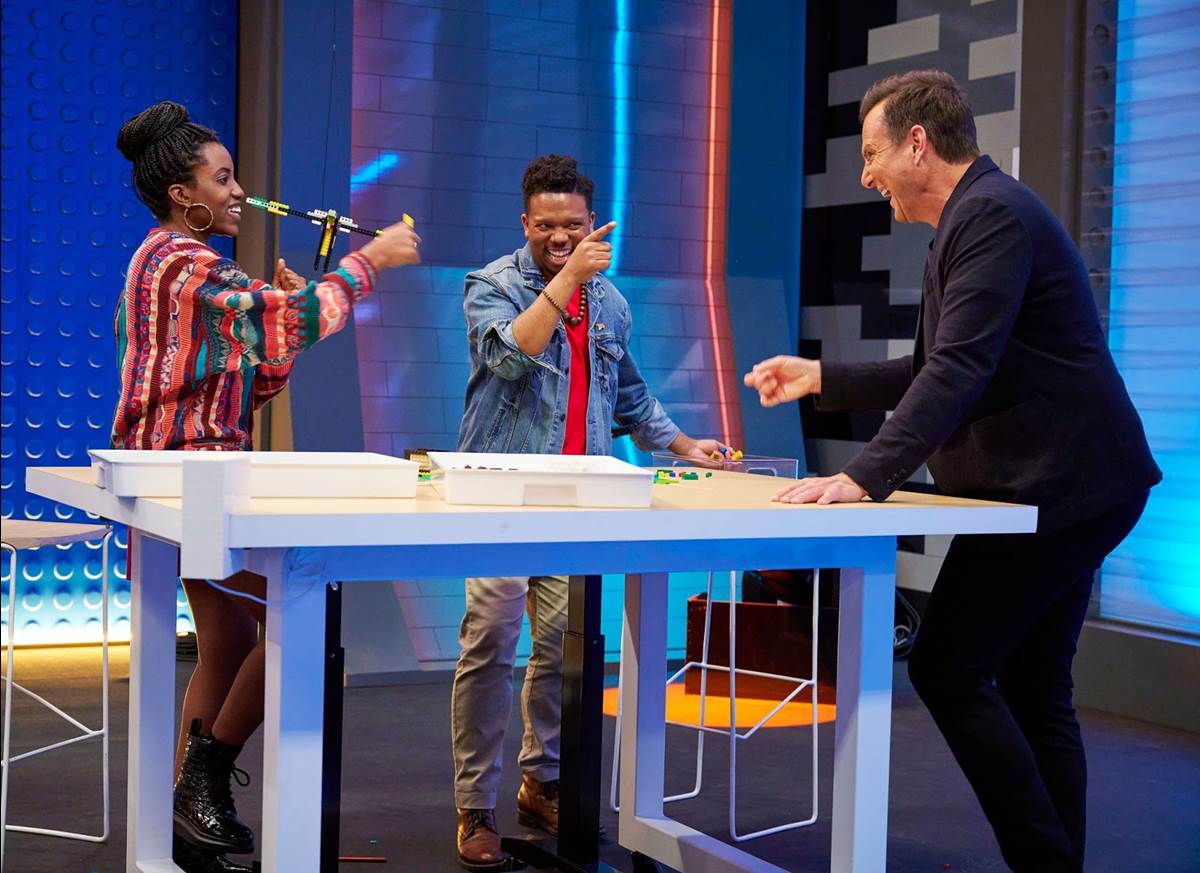 LP:  You mentioned meeting and making friends with the other contestants, but what about your interactions with the judges, Amy and Jamie, and even the host Will Arnett? Did you have any memorable experiences meeting those folks?

Syreeta:  Absolutely. My life's goal on the show was to crack a joke for Will, for Will and I to spar and go back and forth with the jokes. He was quicker than I expected. I was thoroughly impressed with Will. Obviously, I knew [of] him prior to [production], but doing that in real time was loads of fun for me, for sure.

Randall:  I enjoyed seeing the Brick Masters come around, because it was similar to architecture school when I was in college– just working at your desk and having a professor come over and ask what you're doing. But instead there's cameras, and there's millions of people watching this interaction. The interaction model was the same, and I'd be talking to them about what we intend to do, but also pointing out things that I knew weren't good, because I wanted them to know we're working through it. We're just getting this out to then get to another, better idea. And so getting that crit from them and that feedback was important. That's something that I looked forward to the most out of that experience.

Syreeta:  Yeah, connecting with Amy and Jamie and them giving their feedback was super incredible. Because I think one thing that we tried to be intentional about is how can we implement the rapid feedback in a way where the next time they go around, they would have noticed, ‘Hey, I see that now you're thinking about this.’ So that they know that their conversation to us is certainly not in vain. 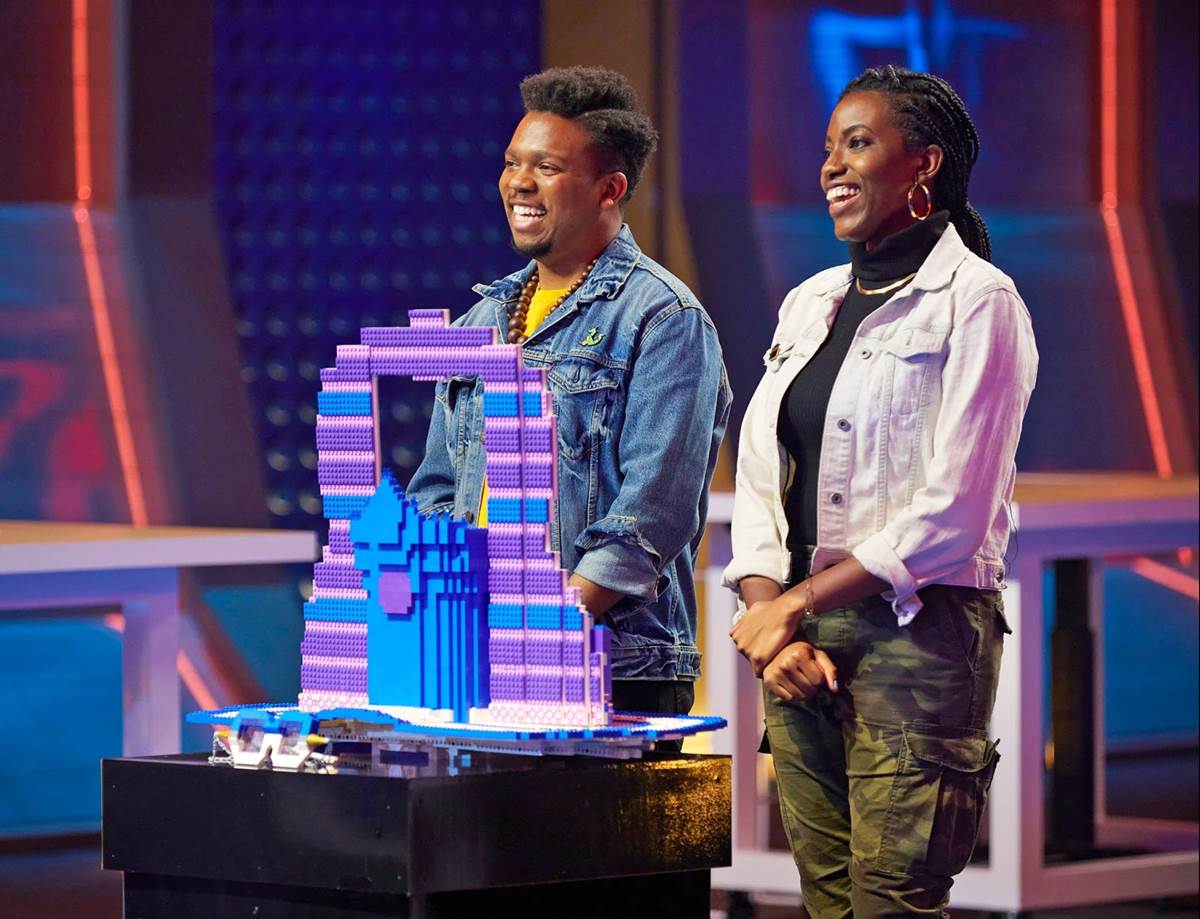 LP:  Lastly, if you could give advice to future contestants on the show, what would you tell them to help them prepare?

Randall:  I would say, ‘Find somebody to build with and establish a chemistry sooner rather than later. Hopefully, both of you have a story about your dynamic that is compelling. Practice building under time. Just come up with a prompt, come up with multiple prompts, see what happens when you build in three or four hours, and make sure that over time you're learning how to divide the labor up. Does it fit each other's strengths?’

Syreeta:  I would also say, ‘Don't forget about the story. I think one of the reasons that we survived the Centaur was because of the story. Yes, do get your weight up in terms of acquiring as many skills as you can prior to [production]. Watch LEGO Masters Australia and [the] other [versions] to definitely be familiar with the robust nature that is what LEGO has created in the world. But certainly do not doubt the storytelling. It's still a show, at the end of the day, so your build could be amazing and brilliant and architecturally sound, but if your story doesn't add up, [it] might not make it. 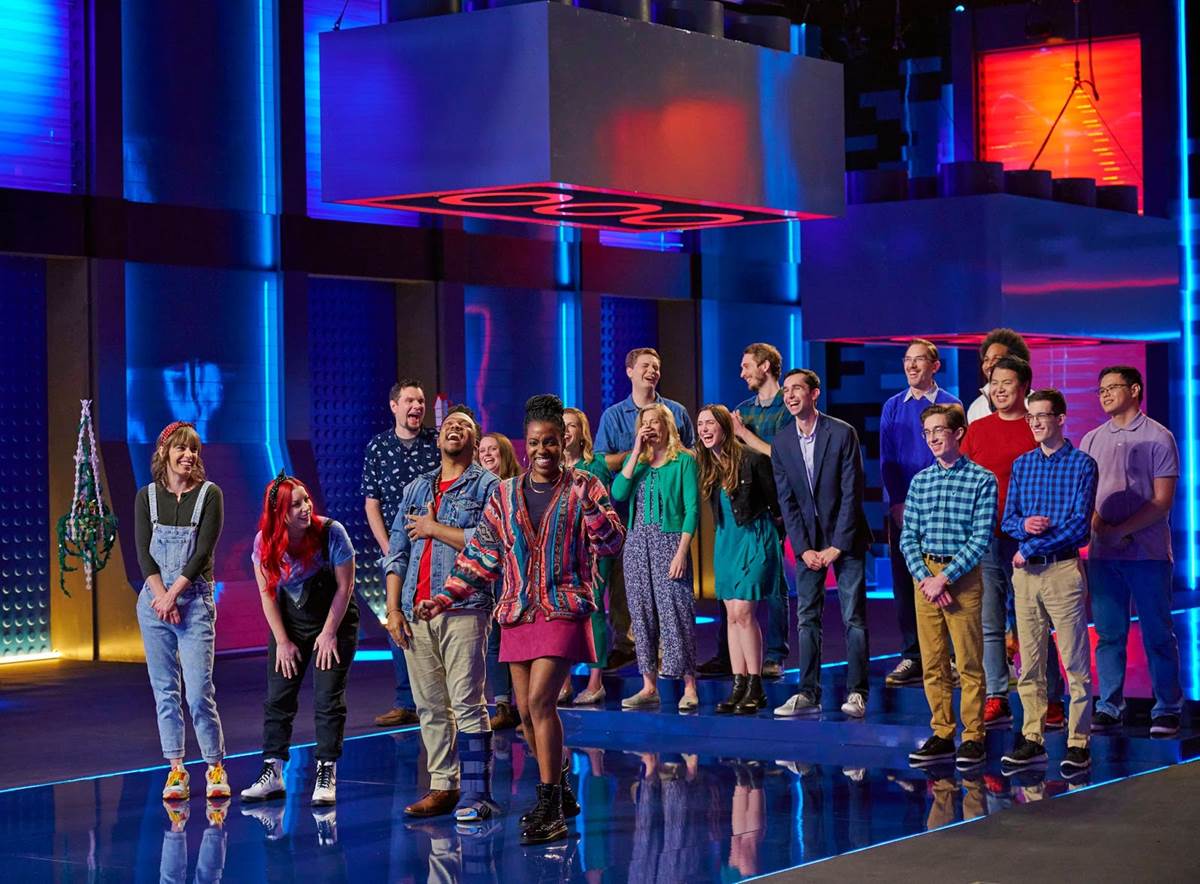