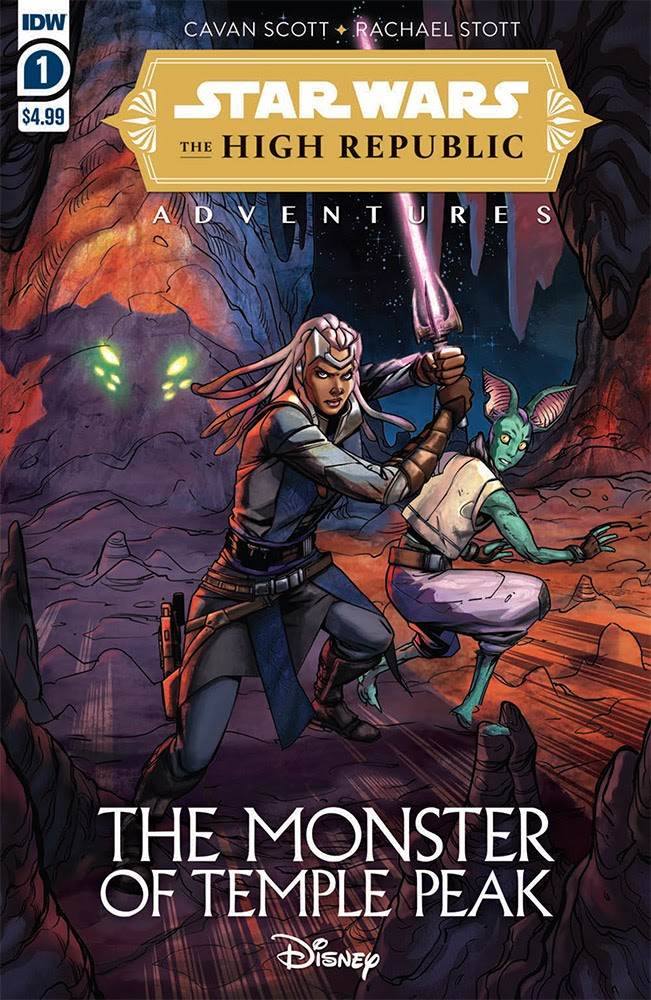 The Monster of Temple Peak focuses on the enigmatic former Jedi Padawan turned saber-for-hire Tylera “Ty” Yorrick, who readers first met in The Rising Storm. Much like with the Jedi “Wayseeker” Orla Jareni who I mentioned in today’s review of Scott’s The High Republic #8 over at Marvel, it’s always interesting to learn more about Force users who have chosen not to walk the standard Jedi path during this period set two hundred years prior to the events of the Skywalker Saga. This series, set before the Republic Fair disaster as depicted in The Rising Storm, is already giving us quite a bit more backstory for Ty Yorrick as she lives out her life as a daring monster hunter, taking dangerous jobs for credits around the Outer Rim. On the planet Blarrum, we see her take down a Gundark (the menacing creature Luke Skywalker looked strong enough to pull the ears off of in The Empire Strikes Back), though not quite in the way her employer had requested, thanks to a gawking bystander who gets in the way. Having to skip down due to the botched deal– and not wanting to run into Jedi Knights investigating the underground monster trade– Yorrick is forced to take a different gig on Loreth, where a nomadic farming community is being terrorized by another fearsome beast called a Gretalax, which has been cutting into the local population, in addition to its livestock. We also get flashbacks to Ty’s youth training to be a Jedi at a temple on Alaris Prime, and it’s hinted that as this particular story goes along we’ll find out just why exactly she ended up leaving the Order. I think I’ve made it known pretty clearly in other reviews on this website that I believe Cavan Scott to be an excellent comic book writer, and his pairing here with artist Rachael Stott (Doctor Who) is a fruitful one, with the mood successfully alternating between eerily atmospheric and white-knuckle action. Ty Yorrick’s relationship with her persnickety protocol droid KL-03 is a fun one, and I enjoyed getting a glimpse of the strange mysticism that Ty subscribes to in lieu of the Jedi’s teachings as she makes her way around the galaxy. Yorrick is an intriguing character, and it’s cool that the format of The High Republic allows for offshoots like this and the upcoming Tempest Runner, wherein the authors get to zoom in on the individual fictional players who make up this ambitious multi-platform initiative. There’s a compelling cliffhanger at the end here, and the issue as a whole left me curious to know how this adventure will play out over the next few months. 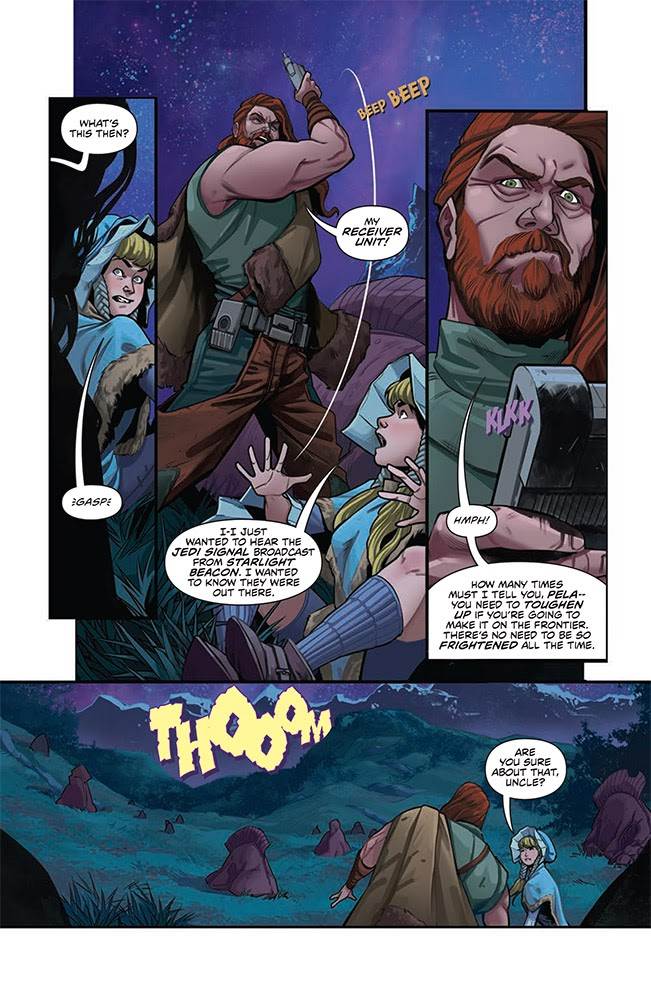 Star Wars: The High Republic Adventures – The Monster of Temple Peak #1 is available now wherever comic books are sold.