Comic Review – Jedi Are Trapped On the Hutt Homeworld in “Star Wars: The High Republic Adventures” #7 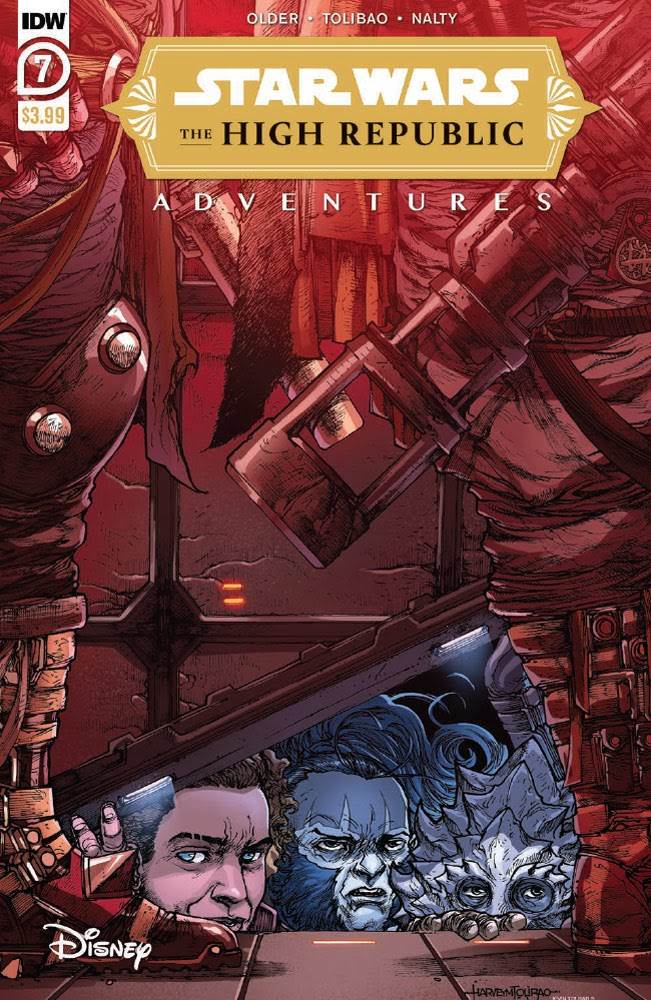 Any way you look at it, it’s a crazy busy time for Star Wars comic books. I’m pretty sure that by the end of 2021, there will have been more individual issues set in A Galaxy Far, Far Away released this year (from both Marvel and IDW Publishing combined) than in any other previous year since the franchise was created.

With that amount of storytelling to sift through, some stuff is bound to feel like it’s falling through the cracks. And I think if I weren’t reading and reviewing it as part of my job, I might have personally skipped writer Daniel José Older’s Star Wars: The High Republic Adventures from IDW, purely out of being overwhelmed by all the other content coming out of Lucasfilm Publishing. But knowing what I know now, I believe that would have been a mistake. In issue #7 of The High Republic Adventures, Older continues to prove that he knows what makes Star Wars fun. The story opens where the previous installment left off, with Jedi Padawan Farzala Tarabal having been captured and imprisoned on the Hutt homeworld of Nal Hutta. As a by-product of meditation, Farzala flashes back to his training under Master Obratuk Glii of the fungi-like Parwan species and to a series of holovids he watched as a youth depicting the adventures of an ancient Jedi Master named Tal Bota– who happens to bear a striking resemblance to Older himself. Tarabal ruminates on the nature of fear and puts his memories to good use in breaking free of his cage, wrangling one of the local creatures, and bringing the Hutts back around to his side thanks to the help of pilot Leox Gyasi and Skarabda the Hutt’s Nikto head of security named Ishnar. 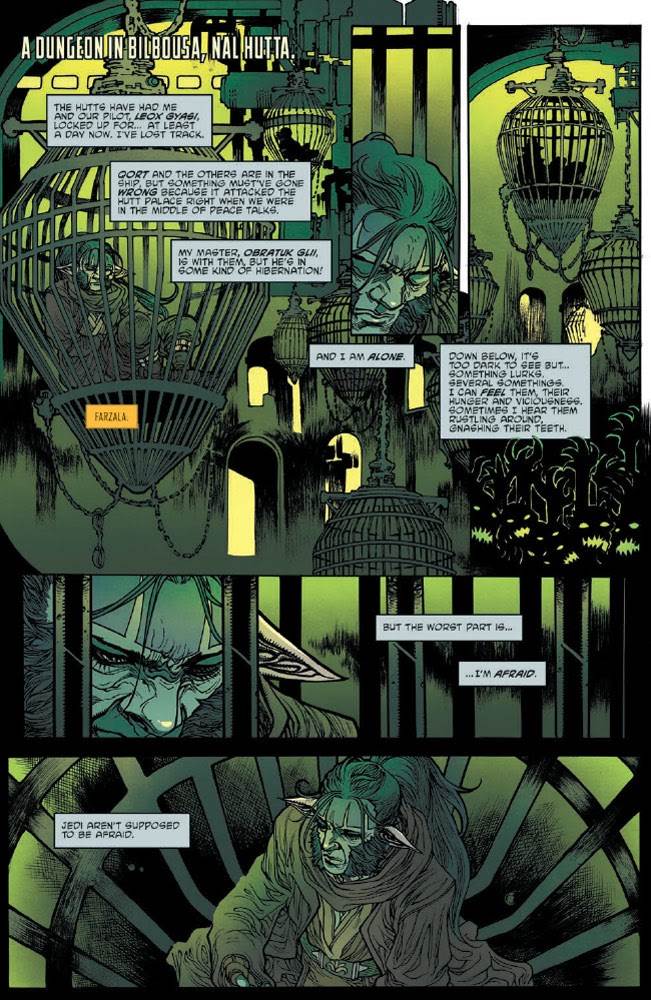 Meanwhile on the ship known only as the Vessel, co-pilot Affie Hollow assists Qort and Geode in bringing down some of Jabba the Hutt’s pirates who have commandeered the transport vehicle. We get to know those pirates a little bit better, and I have to say I was really falling in love with the hilariously written, overly verbose droid character Y-99 just when he was taken out in a fairly definitive way by an extremely satisfying splash-page payoff to a plot point that was set up at the beginning of last month’s issue (and then built upon in Farzala’s flashbacks that I mentioned earlier). There are more than a few terrific moments like that in this chapter, entitled “Mission to Bilbousa – Part II,” not the least of which is the infighting between Jabba and Skarabda after the reveal that the former has been orchestrating a Hutt power grab behind the other’s back. And now that the Jedi appear to have resolved their difference with the slug-like gangsters, I’m very curious to see how they deal with the remaining Drengir presence on Nal Hutta. Older’s fruitful and unique collaboration with artist Harvey Tolibao is turning out to be a real blast, and I’m looking forward to more in coming months.