“It was the beginning of some of the hyper-partisanship and the tribalism that we see today,” executive producer Brad Simpson explained while talking about the third installment of the Emmy-winning American Crime Story series, Impeachment. “We're less interested in the narrative that people used to tell about this, which was usually a story about great men coming in contact with each other; Ken Starr vs.Bill Clinton; Newt Gingrich vs. Bill Clinton… The way this was told, the women were often sort of marginalized and treated as these melodramatic women on the side. We wanted to come in through the women.” This conversation occurred during the TCA Summer Press Tour. 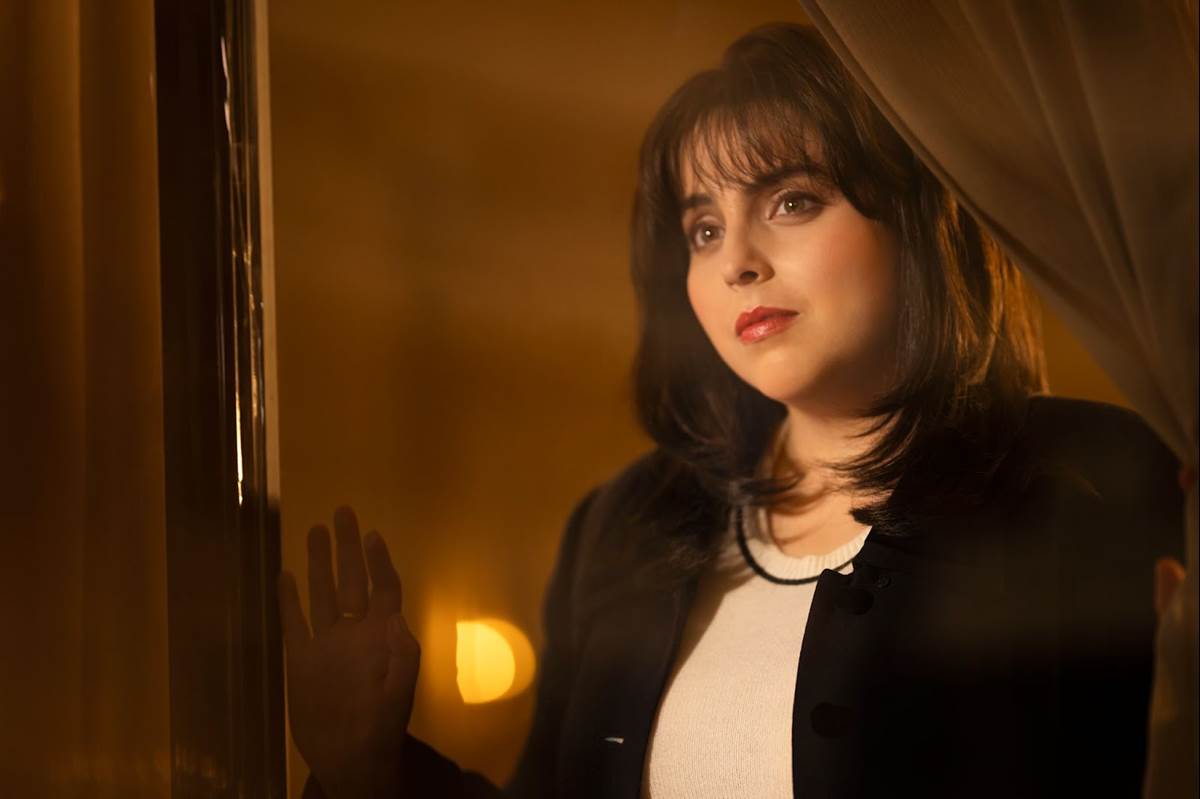 Largely based on Jeffrey Toobin's book A Vast Conspiracy, the show runners consulted with one person involved in the actual events depicted: Monica Lewinsky. “This is Monica's story, but it's also like all American Crime Story, we're showing a tapestry of characters,” Brad added, noting that while no other persons involved with the true-life events were consulted, their stories were handled with care. “We always strive to have radical empathy and figure out what it's like to walk in their shoes.”

The series takes you to “The room where it happens” through the lens of wide-eyed intern Monica Lewinsky. Writer and EP Sarah Burgess found Monica’s memoirs to be helpful, but even well read persons on this case will find new information in the series. “Whe and I spoke privately,” Burgess explained. “I added a couple of moments that Monica told me about and went through all of that with her to make it as accurate as possible.”

Playing Monica Lewinsky is Booksmart actress Beanie Feldstein, who had one in-person meeting with the real-life figure she portrayed in addition to lots of phone calls during production. “I made it very clear to her when we started filming that I saw myself as her bodyguard,” the actress revealed. “We had just sort of a complete trust in one another… I think she knew that I really had her back.” Beanie Feldstein had confidence in the scripts as well, all of which had Monica Lewinsky’s personal stamp of approval. 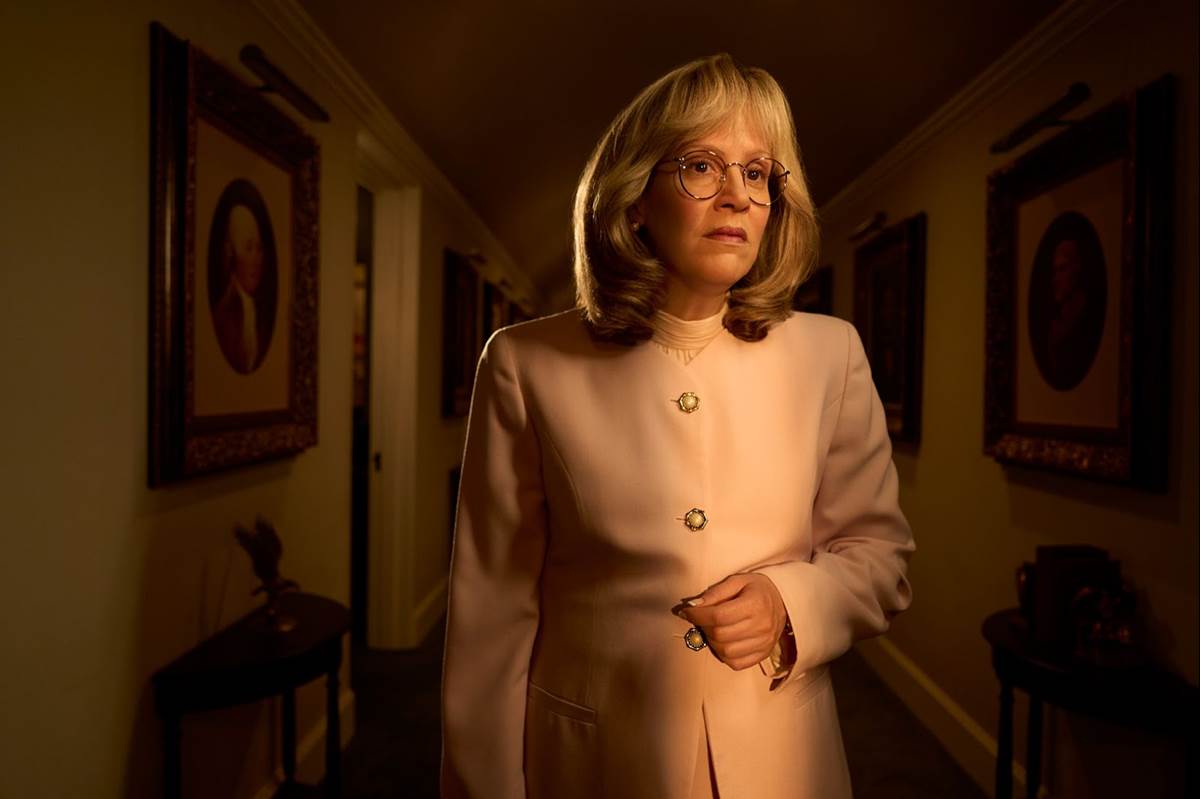 The other two women at the center of the story are Linda Tripp and Paula Jones. “I think Linda is actually quite charismatic,” Beanie Feldstein commented about Monica’s friend and confidant in the series, who is played by Sarah Paulson. ”I think that's very important to understanding why these two developed such a deep relationship, is that they're both women that want to not be invisible. They both landed at the Pentagon. They've been ostracized, they've been ousted to the Pentagon, and they both need each other… The central relationship is not Monica and Bill, the central relationship is Monica and Linda.  And it's the story of their coming together, their discovery of one another, and then their eventual parting ways with this huge, unbelievable betrayal.”

As for Paula Jones, Annaleigh Ashford was covered in prosthetics to embody her persona. “The way that these women were treated publicly for the way that they looked was such an important part of this story,” she explained. “In this instance, I think it was really important to show the physical shift that some of these women made to themselves, because of the way that they were treated publicly in the press and by the media.  And it's a really important examination of what this show does, where we look back at how the world treated this narrative then, and maybe would we do it differently now?” She also added that the series could change what you think about her character. “I think that Paula Jones' perspective is going to be sort of surprising to people. They think they know what her story was and they have no idea how many people were pushing her and driving her and sort of ultimately making her do what she did.” 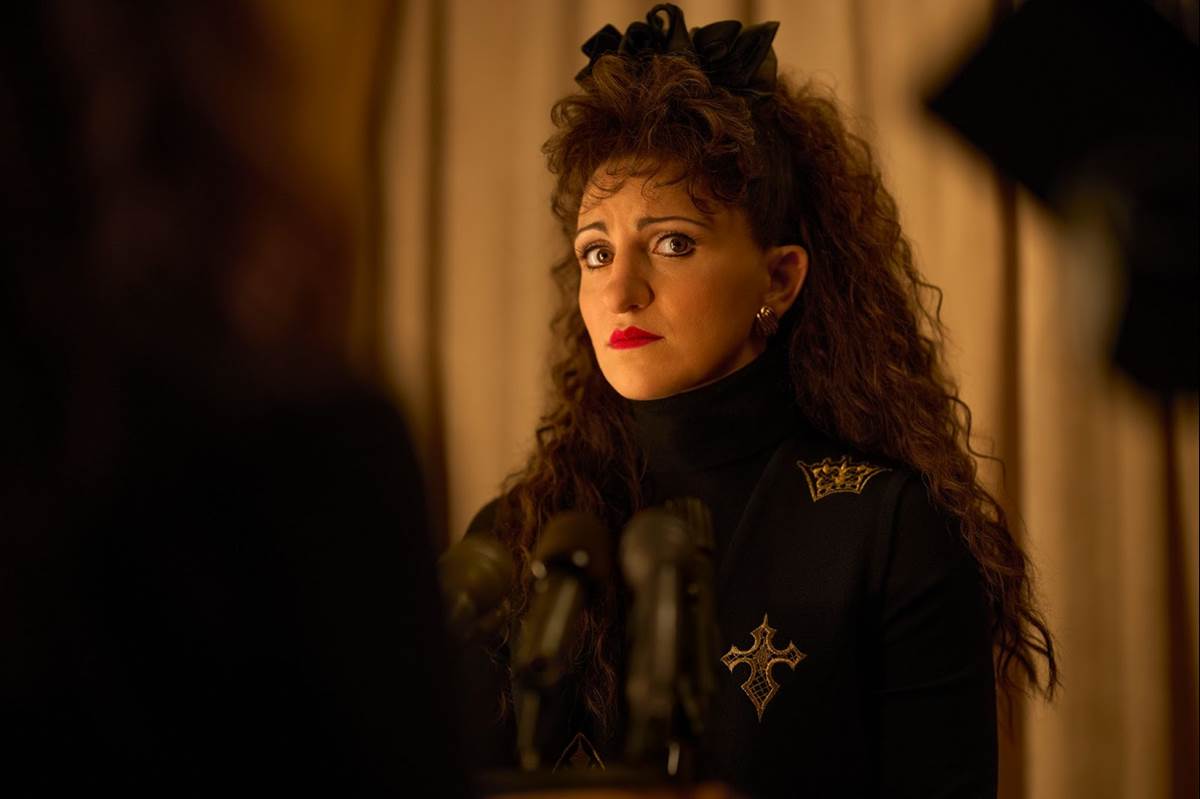 “‘Impeachment’ has more than one meaning, and Bill Clinton is not the only character who was impeached over the course of this series,” executive producer Nina Jacobson explained. The other meaning according to Oxford is “The action of calling into question the integrity or validity of something.” That certainly happened.

“We have always been fascinated with these women who exist in the margins of power,” Nina Jacobsen added. “They are not in the driver's seat of their own careers or lives. The only person who really is at the start of the story is Monica, because she is an affluent young woman who is smart and charismatic and is going places… But they are all trapped in their proximity to power… Even though they drive this story for us, they were not able to drive their own lives. And I can't hate a woman who rebels against that. I can only really appreciate a woman who rebels against that prescribed role and just can't stand how unbearably irrelevant she feels.”

You can see this famous story retold through the eyes of Monica Lewinsky, Linda Tripp and Paula Jones when Impeachment: American Crime Story premieres on FX beginning September 7th. New episodes will start streaming the next day on Hulu.