Acclaimed British author George Mann has been making a name for himself in the Star Wars galaxy thanks to his innovative recent short-story collections Myths & Fables and Dark Legends— presenting outside-the-box tales as they might be told to children within the fictional universe created by George Lucas more than four decades ago. And now Mann has teamed with his real-life friend and fellow writer Cavan Scott (Star Wars: Dooku – Jedi Lost) to come up with another of these anthology collections, namely Star Wars: Life Day Treasury, which– as the subtitle suggests– assembles a selection of brand-new holiday stories set in A Galaxy Far, Far Away.

The title of this book also implies that the narratives contained within will focus on the Wookiee holiday of Life Day, first seen in the infamous 1978 made-for-television Star Wars Holiday Special, and that turns out to be only partially true. Not only do we visit the planet Kashyyyk to check in on Chewbacca’s family during that special time of year, but we also get to explore a number of different Christmas and winter-solstice analogues around a handful of different worlds. 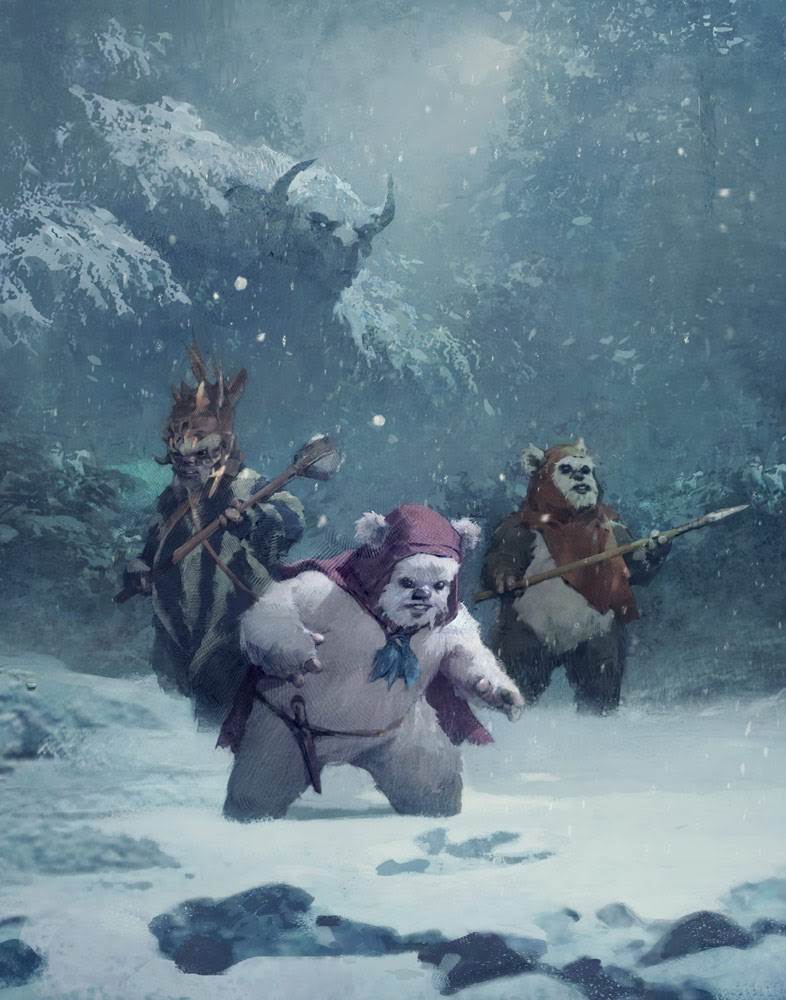 I’ve had the pleasure of interviewing Messrs. Mann and Scott separately within the past year, and the one undeniable piece of information I walked away from those conversations with is that they are tried-and-true Star Wars fans to the core. And that lifelong passion for the subject matter certainly shines through in the pages of Life Day Treasury, with homages to not only the above-mentioned Holiday Special, but also the mid-80s ancillary Ewoks materials and more recent content like The Clone Wars, Rogue One, and even Lucasfilm Publishing’s multi-platform initiative Star Wars: The High Republic (to which the two authors have both contributed). In fact, the very first story presented in this collection follows Jedi Master Stellan Gios as he seeks to help those less fortunate during Coruscant’s Solstice Tide celebration.

Readers are then treated to tales about a droid-servicing Santa Claus equivalent called the Oil-Bringer, a wintertime Twi’lek tradition of keeping the dark side at bay, Wicket Warrick and friends hunting a mythical beast in the snow on the Forest Moon of Endor, two childhood friends divided by war and reunited via song, spooky ghosts of long-ago battles, ancient rituals on Jedha, and lastly a follow-up to the furry family of Itchy, Malla, and Lumpy as they wait for Chewbacca’s regular Life Day return once again. There are eight total stories that breeze by pretty quickly with setups and payoffs for characters both new and familiar to fans of the franchise, but the yarns might just be the perfect length to read to younglings as they are tucked into bed awaiting their own terrestrial holiday festivities.

Yes, these fables are undoubtedly written with younger audiences in mind, but I could easily see them becoming yuletide traditions of their own among families who count the Star Wars storytelling legacy among their interests. There are lessons to be learned here regarding faith (in no specific religion besides the Force, of course), folklore, and customs of different cultures that are always at least a half-step away from similar practices one might encounter here on the planet Earth. It helps that they’re each punctuated by the gorgeous and evocative artwork of now-regular Mann collaborator Grant Griffin, but even on their own the stories work as charming allegories and go down easy, with one foot always firmly planted in the comfortable familiarity of this enduringly popular saga. 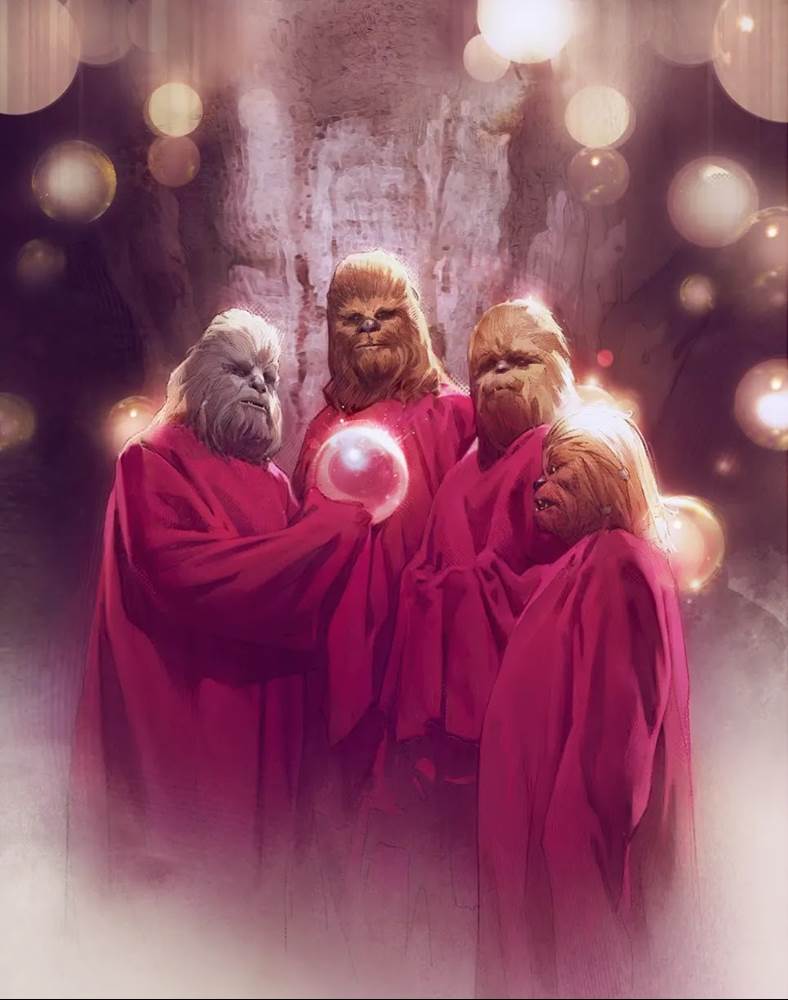 Star Wars: Life Day Treasury – Holiday Stories from A Galaxy Far, Far Away will become available on Tuesday, September 7 wherever books are sold, but is also available for pre-order right now.