“I was the big change last year and there's a big change this year,” Tyra Banks said about Dancing with the Stars, returning for its 30th season on ABC on September 20th. Tom Bergeron, who co-hosted the show since it began, was replaced and some fans are still not happy about it. “Change must happen, we must continue to evolve. And there will be a change where I won't host anymore, and people will be pissed.” At the TCA Summer Press Tour, Tyra Banks joined fellow executive producer Andrew Llinares and the first two contestants revealed to talk about the upcoming season. 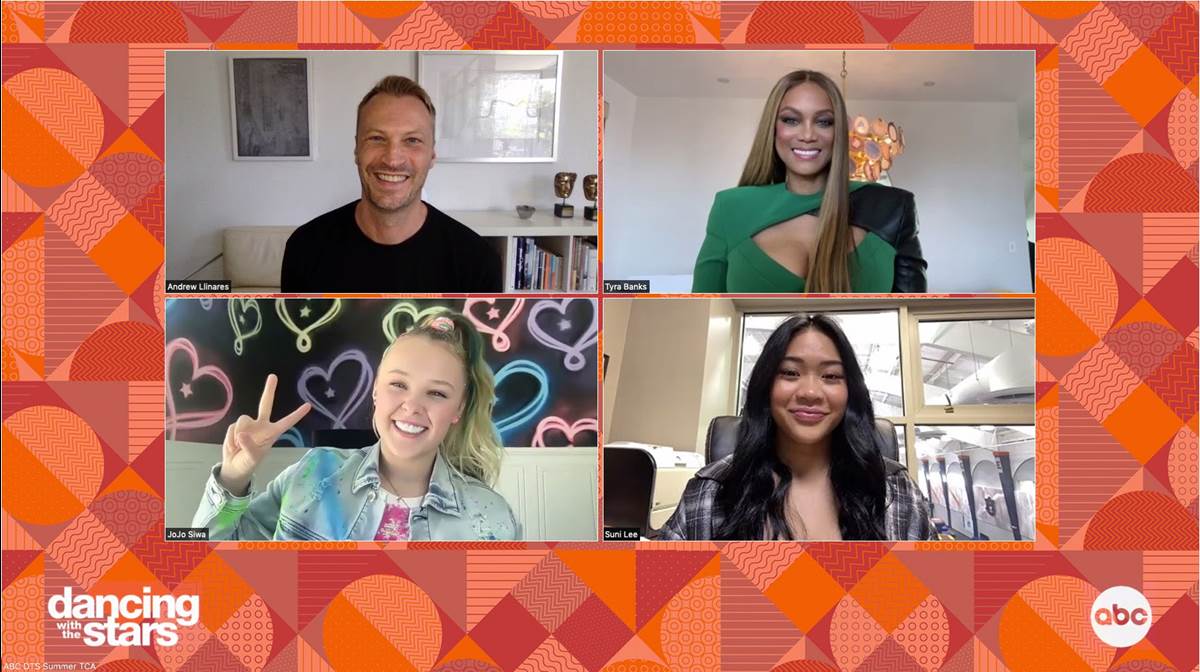 “For the first time ever on the show, we're going to have a same-sex couple,” Andrew Llinares revealed. “JoJo [Siwa] is going to be dancing paired with a female pro dancer, who will be revealed on the premiere on September 20th. But we are so, so excited.” The pop star and actress, famous for her signature bows, came out of the closet last spring and announced that she has a girlfriend.

“I brought it up to her really, really early on,” JoJo shared about her first conversation with her girlfriend about being dance partners with a woman. “She's been non-stop supportive… She's right by my side, she's super pumped up.” JoJo Siwa is also excited for the doors she will open for viewers of the show. “I think that it's really special that not only now do I get to share with the world that you love who you want to love, but also you get to dance with who you want to dance with.” Tyra Banks also added her support for JoJo’s decision to dance with a same-sex partner. “I think it's going to save lives, I think it's going to change lives, and it's going to make a lot of noise, and the noise that needs to be made.”

Olympic gold medal winner Suni Lee is the other early revealed contestant this season. “I've actually talked to a bunch of the girls that have been on this show, like Simone [Biles], Nastia [Liukin], Laurie [Hernandez], and they've all basically told me that anything that I do on this show is not going to be as difficult as I did at the Olympics or preparing for the Olympics,” Suni shared. “I'm really excited for that because they said it's a lot more fun and I can just express myself, which I'm excited for. Because in gymnastics, you can't really do that, especially when you're training for so much. It's just a very intense kind of environment.  So I'm excited to kind of let loose and just have fun.”

Season 30 of Dancing with the Stars is going to be fun and there’s another surprise in store for longtime fans. “We also have Len Goodman returning to the show, which is just so wonderful,” Andrew Llinares revealed. “It's a full-circle moment, he was there right at the beginning. He's going to be back again for this 30th season, along with the other three amazing judges who were with us last year.” That would be Carrie Ann Inaba, Bruno Tonioli and Derek Hough, in case you didn’t know.

We will find out the rest of this season’s lineup of celebrity contestants on September 8th. You can catch season 30 of Dancing with the Stars on Mondays at 8:00 pm starting September 20th, with episodes streaming on Hulu the next day.