The grand finale of World Princess Week arrived today with Disney Princess Remixed – An Ultimate Princess Celebration. The half-hour Disney Channel special is now streaming on Disney+ and airs on Disney Channel at 7:30 pm ET. Featuring stars from Disney Channel shows and the world premiere of Brandy’s music video for the celebration theme song “Starting Now,” here’s a recap of this contemporary celebration of these beloved heroines. 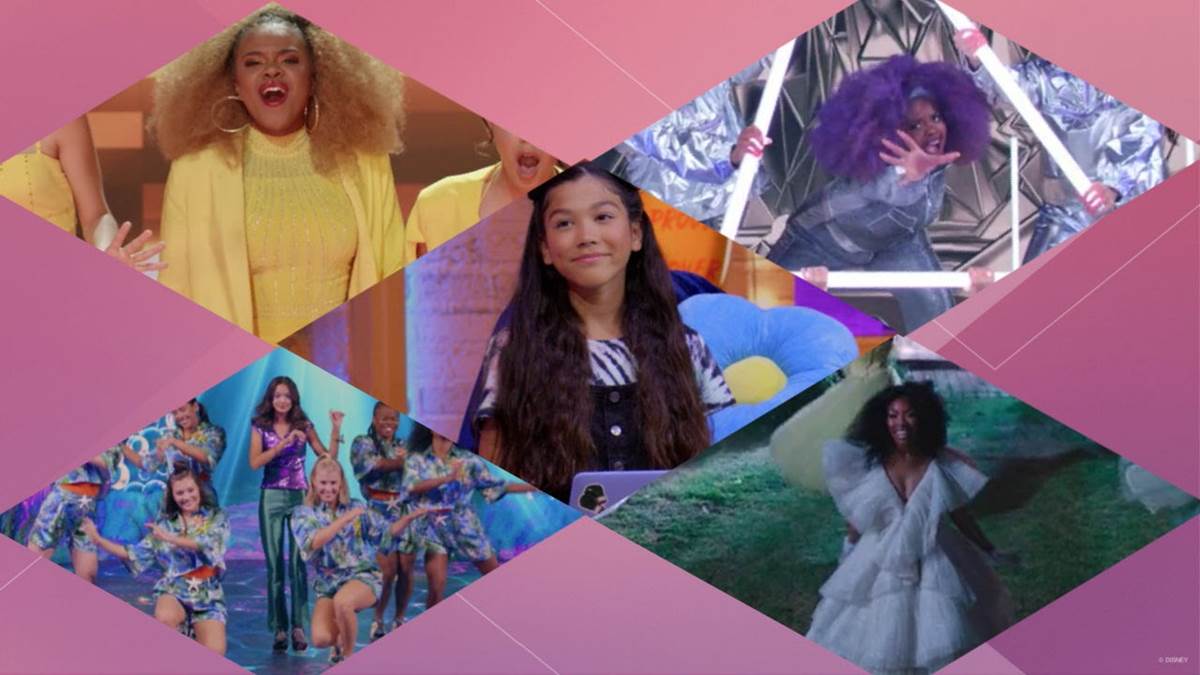 Set in the princess-themed bedroom of Harper (played by social media star Txunamy Ortiz), a smart home diamond-shaped speaker named Flora (one of the three fairies from Sleeping Beauty) helps Harper assemble remixes of some of her favorite Disney Princess songs, performed by her favorite stars. Somehow this computer program is able to pull the actors from time and space, dress them up, and insert them in themed environments. Don’t question it, just have fun. 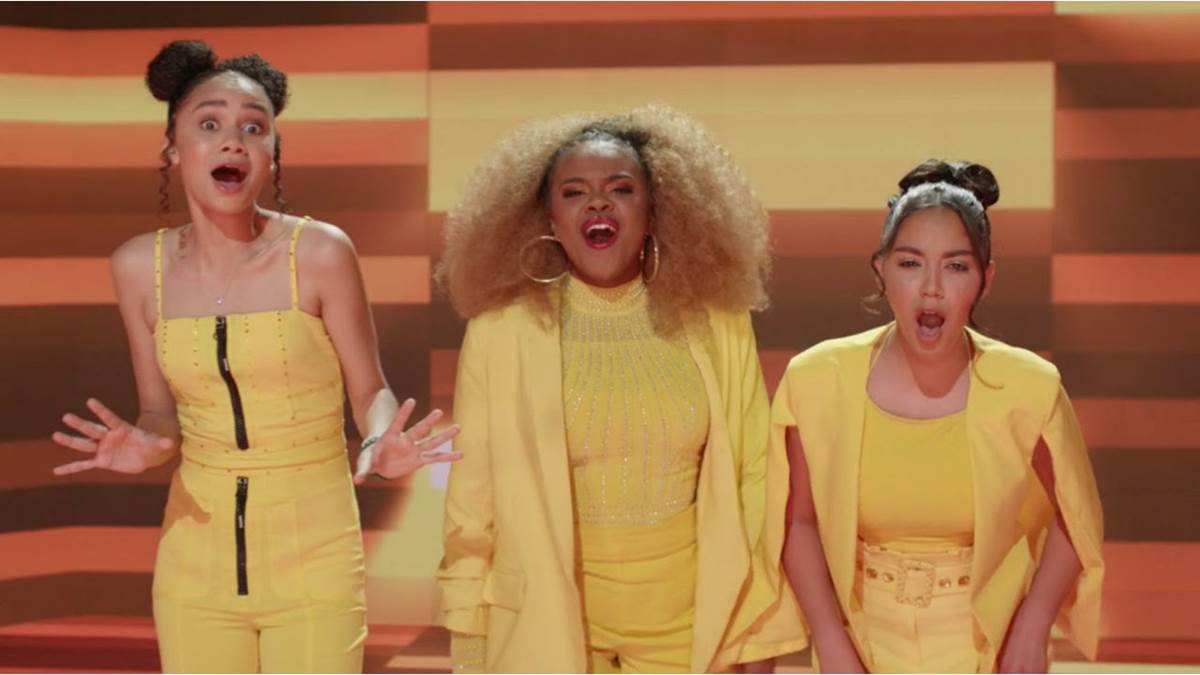 First up is a trio performing “Almost There” from The Princess and the Frog. Dara Reneé (High School Musical: The Musical: The Series), Ruth Righi (Sydney to the Max) and Izabela Rose (Secrets of Sulphur Springs) each wear shades of Tiana’s diner outfit yellow as they perform in front of a mostly LED background of Tiana’s Place. A team of backup dancers use the real tables and chairs to bring the uptempo performance to life. The song stays pretty close to the original, but adds more percussion. 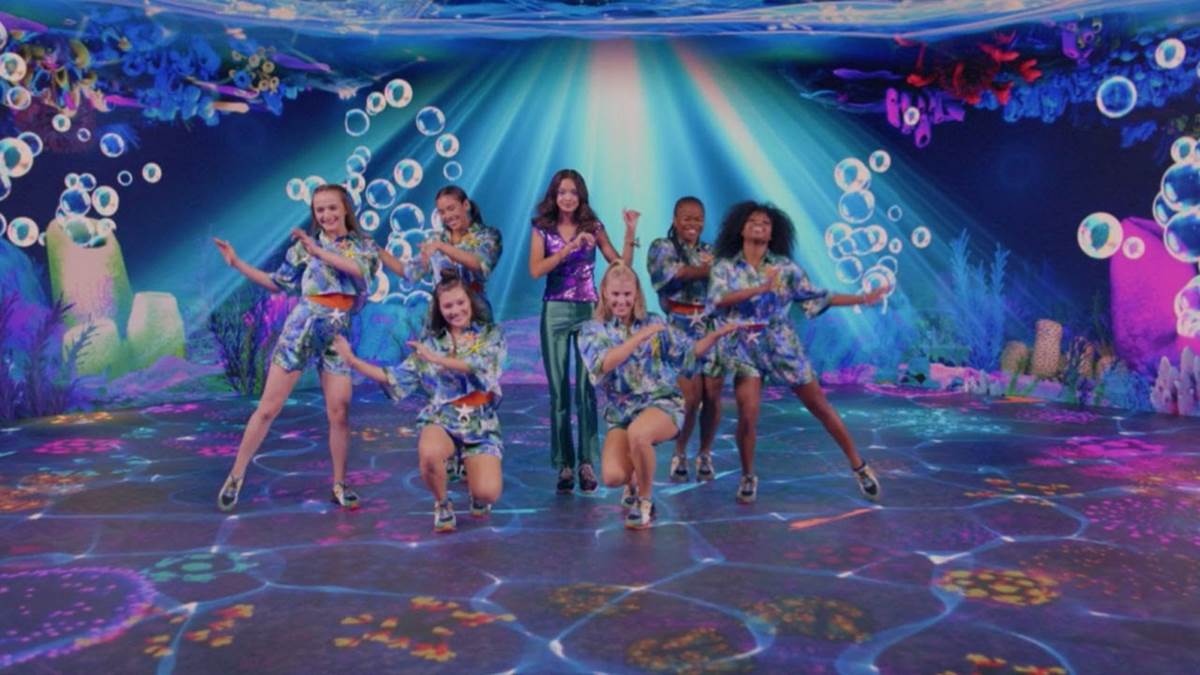 The second song is “Part of Your World” from The Little Mermaid, performed by Sophia Hammons from the upcoming DCOM Under Wraps. The digital set makes the floor look like oceanic light ripples on the sand and there’s even an outfit change. Sophia starts out wearing an orange coverup and metallic green pants with a chain belt with shells and sea stars dangling from it. She disappears for a moment and returns without the tunic to match Ariel’s color scheme with a purple sequined top. The tempo of the Alan Menken classic has been increased and this remix has a calypso theme to it. 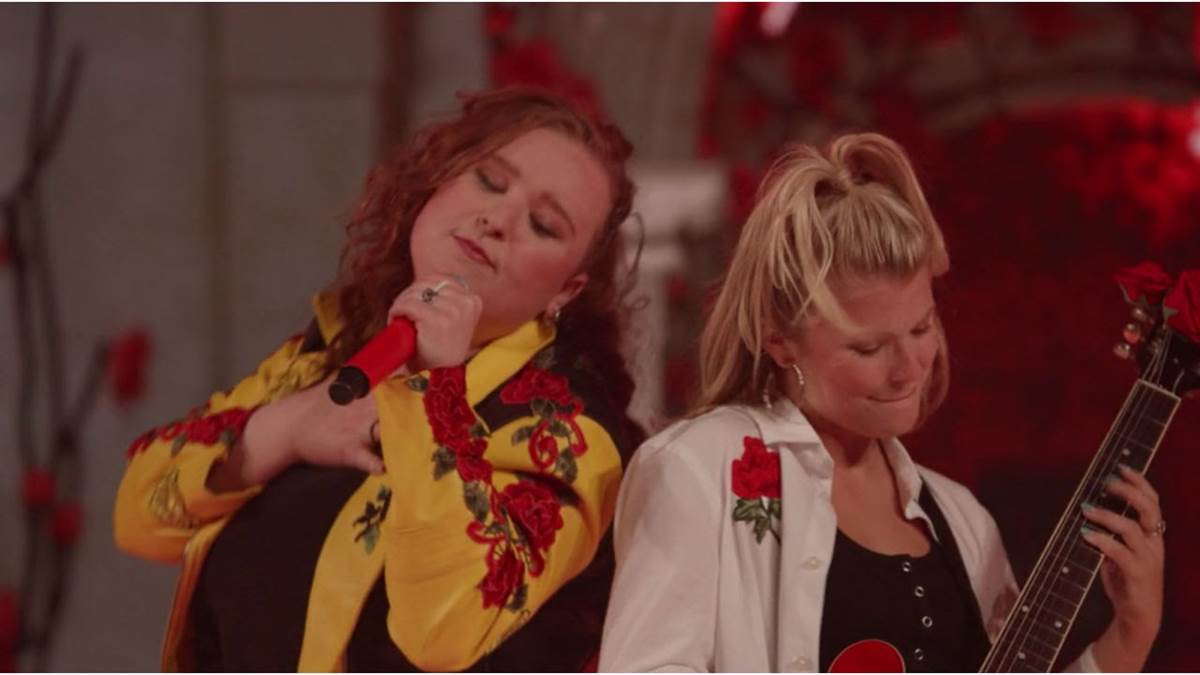 The third performance is a rock-and-roll version of “Home” from the Broadway version of Beauty and the Beast, which was featured in the second season of High School Musical: The Musical: The Series. Julia Lester, who played Belle in the show-within-a-show, takes the lead on this remix, which has transformed from a heartfelt ballad into an angry rock song. The set adds stairs leading up to a castle covered in rose vines. Red roses accent all of the musical instruments and even the mic stand, while Lester rocks out in a black and yellow leather ensemble with embroidered roses.

Finishing up the performances unique to this special is “Into the Unknown” from Frozen 2 performed by HSMTMTS stars Dara Reneé and Frankie Rodriguez. The set becomes metallic prisms and both of their silver outfits reflect Elsa’s icy powers. This song has been transformed into more of a classic remix, becoming a club dance mix with a breakdown to boot, which Frankie initiates from an icy podium with a laptop. They also recreated a moment from Britney Spears’ Las Vegas residency “Piece of Me” by pulling out neon light sticks and using them to make shapes around the singers (Producers NappyTabs have worked with the pop icon before). 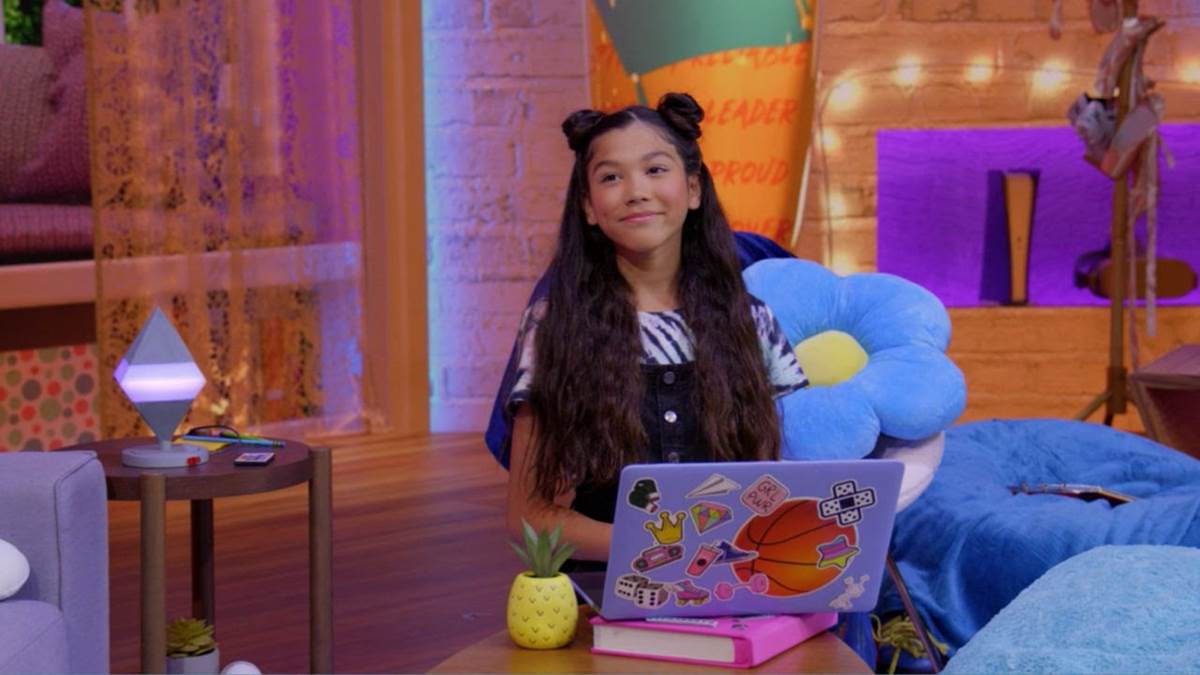 As Harper’s 30-minutes of screentime come to an end, she uses the last of Flora’s battery power to combine all of the characters into one song, which leads into the official music video for “Starting Now” performed by Brandy. Dressed in a white ball gown, the Rodgers & Hammerstein’s Cinderella star performs the song from a gazebo and a bridge over a brook, the reflection of which showcases kids drawing inspiration from Disney Princess characters, leading to their future professions as a skateboarder, marine biologist and fashion designer. As the song progresses, Brandy is joined by backup dancers in pastel dresses.