American Horror Story: Double Feature continued this week with the next step in its vampire story. The fourth episode, titled “Blood Buffet,” took a jump back in time to provide some context on the Chemist, the making for the mysterious black pill, the vampiric creatures haunting the town and much more. 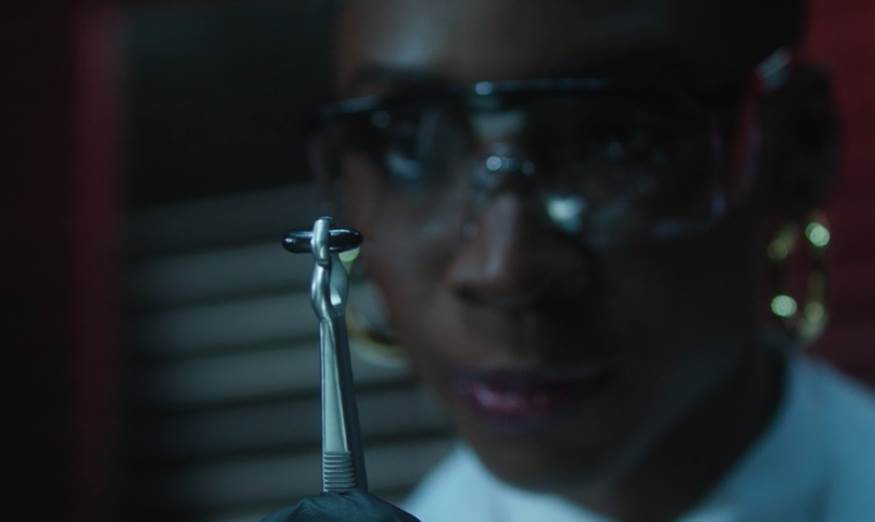 The episode opens by giving us a look at the moment where the Chemist movies in to P-Town. She explains that she had a bad divorce with her former job and just wants some privacy. Before the opening credits, we see her create the black pill for the first time.

We then see her meet Mickey at the Muse. After taking him home, she explains to him that her former job was for the military, working on some kind of bio chemistry that would make soldiers who couldn’t think for themselves. Instead of suppressing the creative part of the brain though, she unlocked it. She offers the pills to Mickey but he refuses. Instead, she offers to pay him for every volunteer he sends her way.

Mickey watches a singer at the Muse with Karen. He tries to offer Karen the pills but she refuses. Instead, he makes the singer his first target. The singer meets with the chemist and is welcomed into her home to become her first test subject.

Next, we see Belle Noir at a book signing event in town. She reads to an audience of about three people before meeting with her husband, who makes it abundantly clear right from the beginning that he is not someone the audience is supposed to like. After he puts Belle down again and again, he walks away from her as she stands alone on the street.

Later, Belle meets Mickey at the Muse. The two talk about their ambitions and Mickey realizes he has another candidate on his hands. He gives Belle some other drugs and while she enjoys her night, the singer walks into the bar. He tells Mickey he feels sick and rushes to the bathroom to vomit. Looking in the mirror, he pulls a fistful of his own hair out. 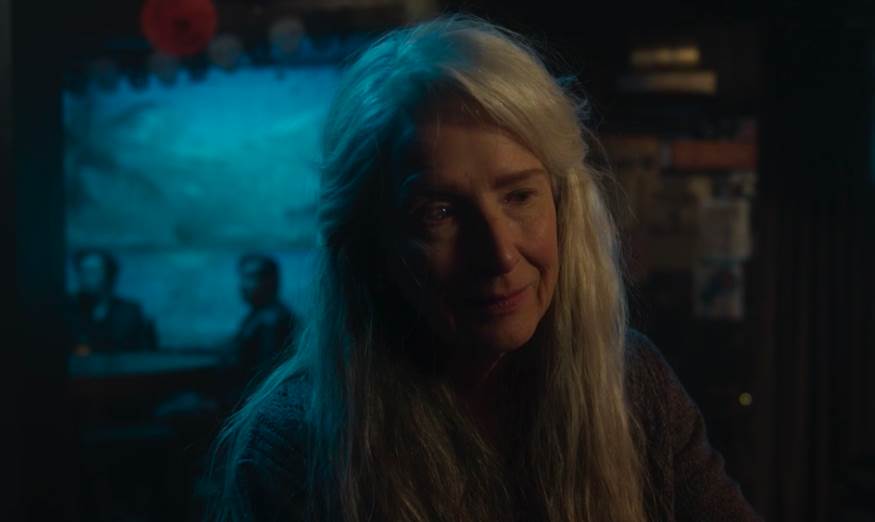 Back at the bar, Mickey convinces Belle that he has another drug for her to try and they head off to meet with the Chemist. She offers Belle the pills and she accepts without any hesitation, creating the monster we’ve seen in previous episodes.

When she gets back to her hotel room, the pill kicks in and Belle writes an entire book in a night. Her husband returns in the morning and reveals that he’s been cheating on her. Overcome with rage and a thirst for blood, Belle kills her husband, claiming her first victim.

Still wearing her husband’s blood, Belle meets with the Chemist again and explains what happened. The Chemist explains that this wasn’t unexpected as they saw the same results when they tested the drug on primates. She then instructs Belle to dispose of the body. A beachwalker comes across the body on the beach. Resembling what we’ve seen in previous episodes.

The singer meets with the Chemist again, now completely bald. He demands more pills, saying the dose she gave him had no effect. She refuses and says he has to stick to the regimen she planned. She also tells him she doesn’t know what is happening to him and that she needs to continue to study him. When he complains about being cold, she tells him to buy a coat.

The singer meets with Lark, the tattoo artist we met earlier. He tells her he is looking for a coat and she shows him one that we can recognize as the one we saw on the mindless vampire creature from the first episode. Now wearing the coat, the singer stands in the graveyard next to a woman who asks him to pray with her. Instead, he kills her and drinks her blood.

Confused by what is happening to him, the singer meets with the Chemist again to demand answers. She explains to him that he is simply not talented and this is the effect the pill will have on him. When he lunges, she pulls a gun on him and tells him there will be more like him soon enough. Walking through the town, the singer claims another victim, a drunk on the street.

Belle meets with Lark, who reveals to her that in addition to tattoos, she has also created her own fangs. We learn that we’ve jumped ahead a couple of years and Belle is now a famous writer. They both reveal that they’ve been taking the pills for some time and Lark offers to give Belle her own fangs. 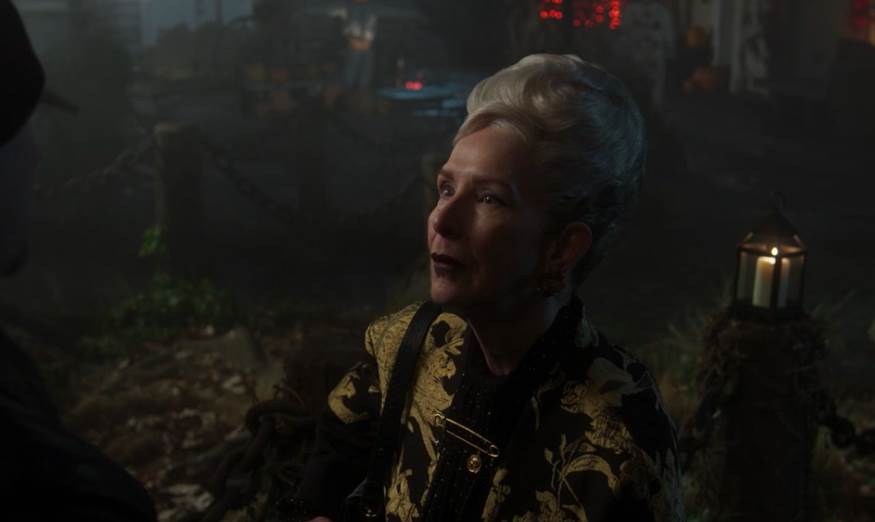 Now sporting her familiar look, Belle heads to a bar for a drag night where she meets Austin, who is performing in the show. After the show, Belle approaches Austin with a drink and one of the black pills. Feeling like he’s hit rock bottom, Austin takes the pill and has an immediate reaction. Belle tells him they have to go feed.

At the home of some of the other drag performers, who had previously been mean to Austin, we see Belle enter, with Austin behind her. Before they can react, she shoots three of the men and the two vampires begin to feed. A fourth man escapes after being chased by Austin. He doesn’t get away for long though. The man rests in the graveyard for a moment before being attacked by the singer as the episode comes to a close.

This was a very necessary episode of American Horror Story: Double Feature, as it answered a lot of questions. It was interesting to see the transitions of the first victims of the pill and to get more details from the Chemist as to what exactly is happening to these people. However, as far as the horror goes, it’s still just a lot of gore and not much else. If you’re ok with that, this episode should be very enjoyable for you.