This week FOX’s hit reality competition series LEGO Masters bid farewell to another pair of contestants, namely the extremely talented and unabashedly artsy duo of Michelle and Natalie. And today Laughing Place continues its series of interviews with the eliminated teams from this innovative show by chatting with these two skilled LEGO builders after their departure. 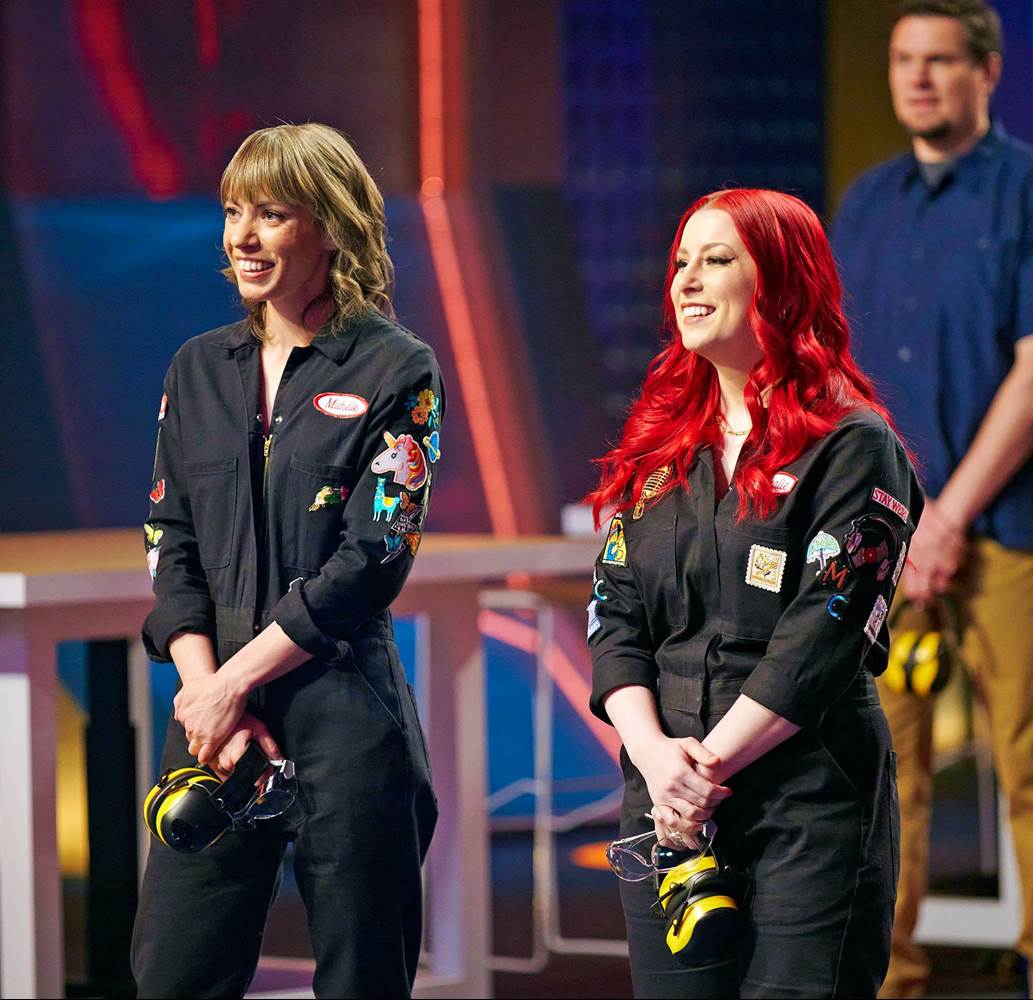 Mike Celestino, Laughing Place:  What was your history with LEGO before you became contestants on LEGO Masters?

Michelle:  Well, I didn't build as a child. I started building just in the last few years, because my kids started building it. They were smaller, so I had to help them build some of the bigger sets that they wanted. Then they would destroy them and I would help them rebuild them. And we'd have all these extra parts leftover, so we actually started building our own little city. They would tell me what kind of buildings they wanted in their city, and we would try to make them. That's all I'd really done before getting on the show– just dabbling with my kids.

Natalie:  Mine's similar, [but] slightly different. I grew up building with LEGO bricks as a kid and hadn't really pulled them back out until I had kids. It was just a really easy connector– no pun intended– for chatting with my kids and finding out what's going on with them at school, and what their hopes and dreams are. A lot of our builds would probably not be anything impressive or anything that you would be commissioned to build. It would just be fun towers and houses that my little five-year-old wants to renovate and restore with her little realtor minifigs. They sell their house to these people and then they redo them… they move the bathroom here and there. She catches a lot of home renovation shows with me, so that's what she likes to build with LEGO. Yeah, a lot of it's just been mostly from a relational standpoint of doing stuff with my kids. Having the opportunity to do something like LEGO Masters was really intimidating, but super exciting and really fun. LP:  Your team’s style really stood out to me among all the others. In your opinion, what unique talents did you bring to the show?

Michelle:  It's funny, because going into the show, I was used to just building with a very limited supply of bricks. Our buildings were smaller, modular-type buildings. And then going into the show, I was just excited to see what we [were capable of]. And it just evolved from that very first episode where it was, ‘Okay, so what describes us?’ It was paint and home renovation– building those things that look life-like or realistic. That sort of just snowballed, and I think building the realistic-type things is what I really enjoy doing– when you stand back and you're like, ‘Oh, that didn't really look like LEGO.’ I like that. I liked fooling the eye a little bit.

Natalie:  For sure. It was really fun to get to work on stuff together like that, because our history of working on projects together has mostly been interior design-focused. It was really cool to take some of those experiences and put them into LEGO. A lot of the time, the way that we referred to things would be with the language that we knew. It would be like, ‘Can you go get me another doohickey? I just need four more doohickeys.’ [laughs] It would just be whatever vocabulary would work. It was really fun to get to do something new together that's a creative outlet, that builds on some of our other DIY-aspect history that we have. 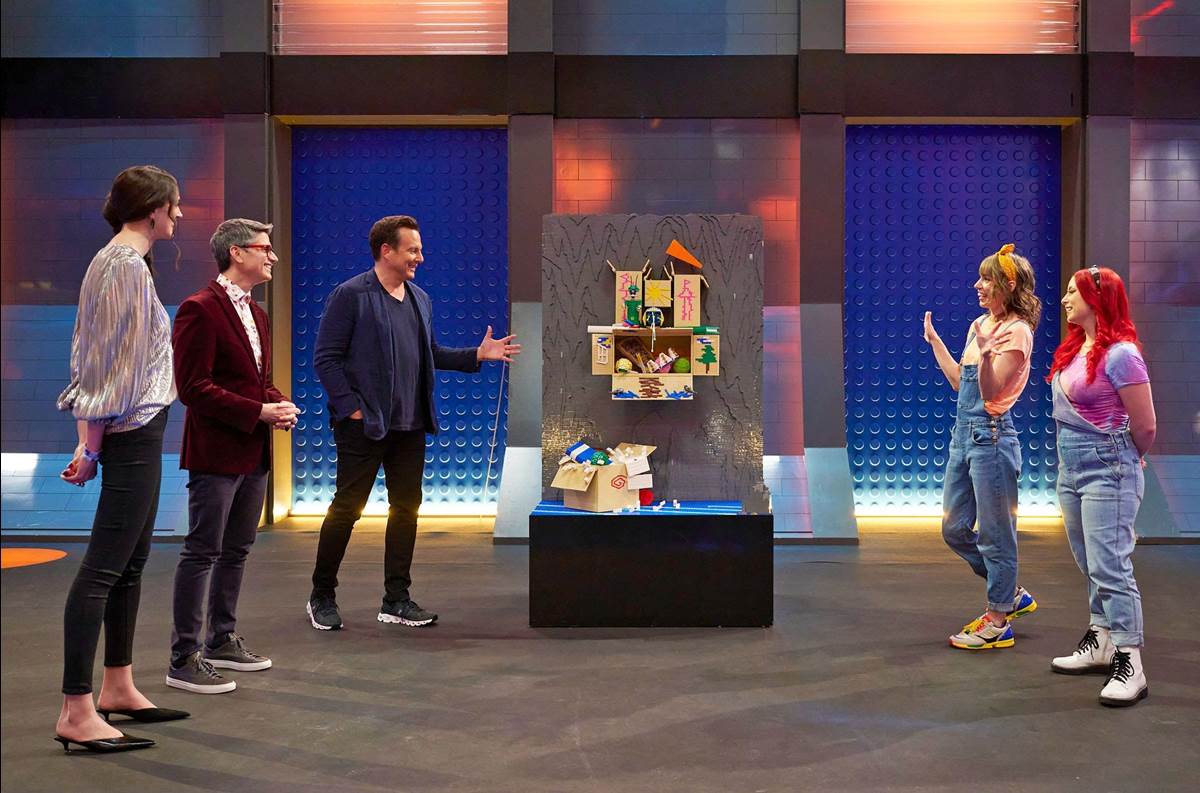 LP:  The challenge that got you guys eliminated this week was the ‘Castle Cliffhanger’ episode. If you had the opportunity to go back and tackle that again, how might you approach it differently?

Michelle:  I’ve thought about it a bunch of times, just because it's the one that got us. For me personally, I know that starting on the telescope and figuring that out before we piled the boxes around [would have been better]. I still love the entire idea of it, but [I would have made] sure the telescope could extend super far. Then just buttoning up some of the other little details. Normally, we would be like, ‘Let's get what we need to [have] done first, and then work on everything else.’ And this one, we just approached slightly different. Trying to figure that out [at] the last minute just wasn't super beneficial for us. But overall, I really loved it. I think [I would have] just focused on that main part that needed to stick out first, and then go and build everything else around it.

Natalie:  Yeah. Of course, we've had a ton of time to sit with it, but even watching it last night, I'm like, ‘Oh, why did we not do blah-blah-blah.’ But when that clock is just going, and this was something completely new that we didn't have any sort of experience to draw from, it just put us in a different mode where [we said], ‘Okay, let's come up with our concept.’ And I love our concept. It was funny watching the episode last night, and you get to hear Brick Master Jamie's ‘Brick Tips.’ Well, you can't hear that when you're in the room when you're building there, even though they're probably 20 feet from you. You can't hear what they're saying. Even watching it last night, I'm like, ‘Yeah, of course. Why don't we just do it like that?’

Whenever they'd be filming those Brick Tips, I would be like, ‘I'm going to go run to the brick pit really quick and grab some supplies.’ And I'd be trying to listen, because I'm like, ‘I know they're giving out some good tips right now, and I can't hear them.’ So I wish I could have heard a little bit of that goodness while I was running to the brick pit. But I'm still really proud of our concept and what we were trying to do, and I'm just so proud that we were able to make it as far as we did. And you know what? At some point, there's going to be a challenge that stumps you. And this was the one that got us a little bit, but I'm still really proud of how far we came. 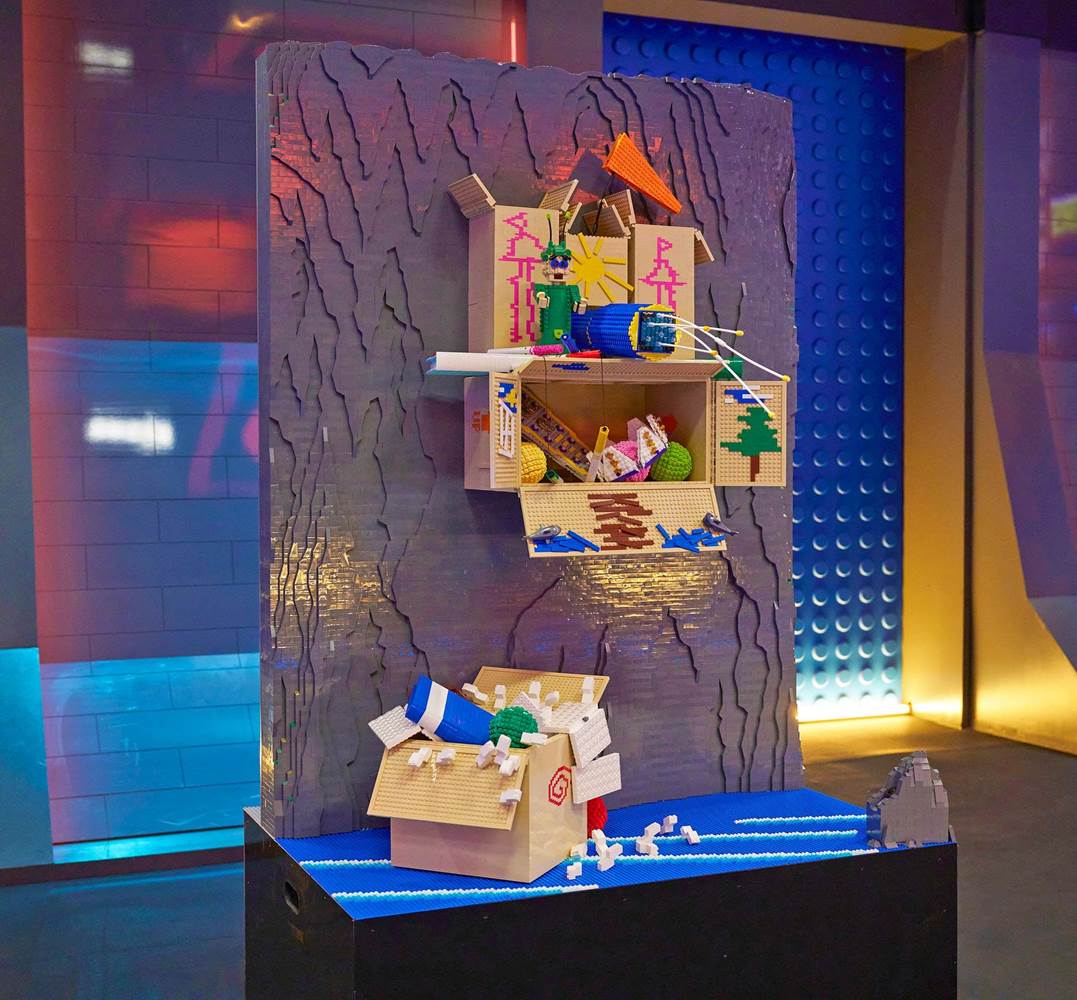 LP:  You should be proud. I was so impressed with everything you did. And I was struck by the moment in this week’s episode where you paid special attention to Judge Amy Corbett. Can you elaborate a little bit on why she, in particular, was such an inspiration to you in coming on LEGO Masters?

Natalie:  For me, it was definitely just seeing the impact that she made on my five-year-old. Last season when we watched it, my five-year-old was like, ‘Mom, it said she works at LEGO. If she works at LEGO, I can work at LEGO.’ I'm like, ‘Yeah babe, you can do anything you want to do. Just work hard. You can do it.’ But there is something really powerful about representation and seeing somebody that you identify with, whether that's through gender, or interests, or whatever. There is something really powerful about seeing somebody that you identify with doing something that you want to do. It helps create that pathway saying, ‘Oh, I can do that too. Yeah, of course I could do that.’ Just seeing how that impacted her, I wanted to take a moment before I left, [to acknowledge] Amy and Jamie for all the helpful things that they said to us, because once you walk out those doors you're not seeing anybody again. Before I left, I more or less just wanted to say, ‘Thank you.’

Michelle:  Even just watching season one, when [Amy] came out and they introduced her, I think that inspired me. And then to see the other female contestants on season one, I felt the same way. Amy was an inspiration to me and to my little girl as well. She loves seeing all the girls on TV doing things that she loves to do. LP:  Lastly, besides trying to get a table closer to where they're shooting the Brick Tips so you can overhear it, do you have any advice for future contestants on LEGO Masters?

Michelle:  Build a lot. Practice a lot. Get a partner that you really have a good time with, and practice practice practice. Do things that are outside of your comfort zone because there's probably going to be a couple challenges that you're really comfortable with, but all the rest you are not. Maybe get up with the LEGO community and say, ‘What's the craziest challenge that you think that they're going to throw at us?’ And learn motion. Be very good at motion.

Natalie:  Oh my goodness. Yeah. that first challenge, we're like, ‘Wait, we have to do motion?’ I was definitely surprised because I had never used motion before, or used the app, or coded. So, trying to figure something out on-the-fly was fun and nerve-wracking. So, for sure learn motion and learn some things about Technic. Just stick it in your back pocket. 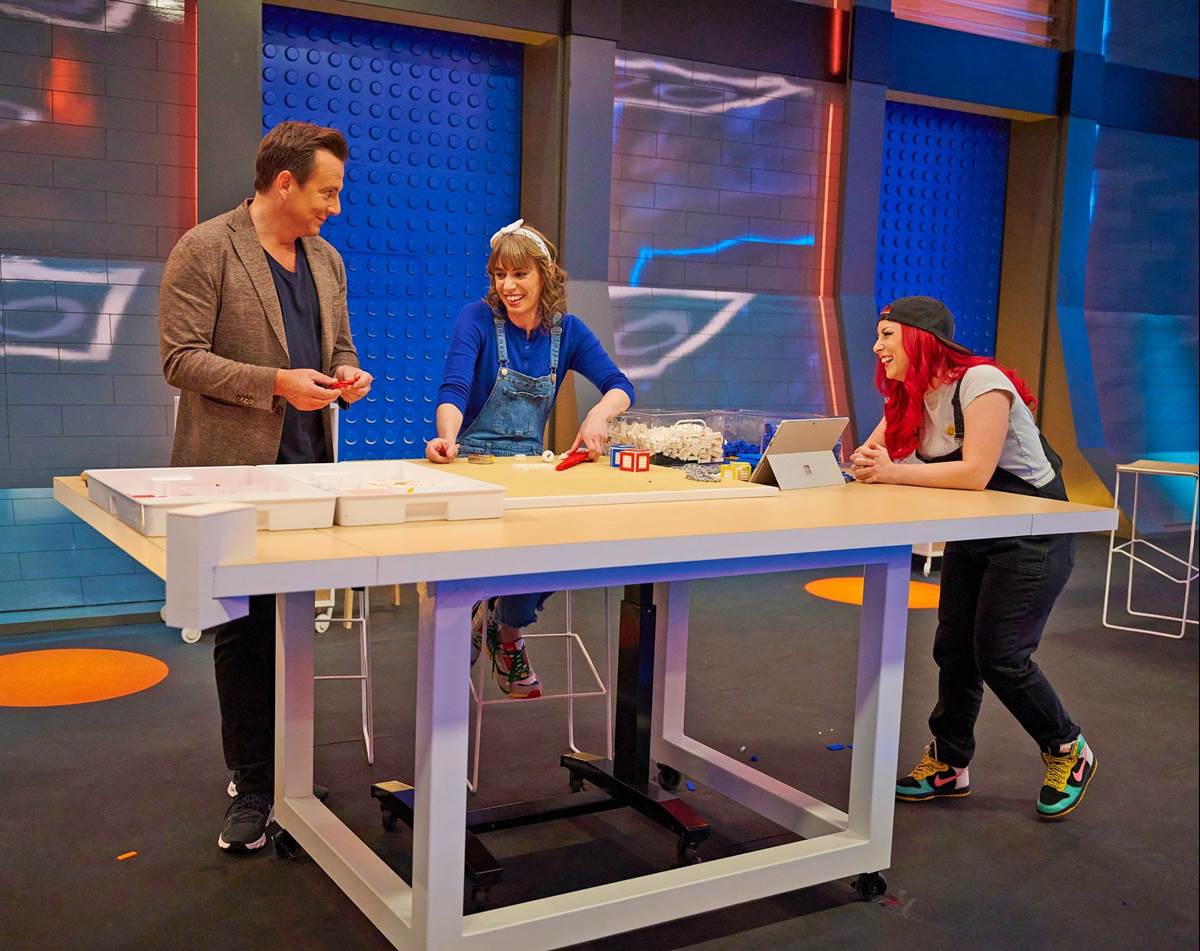