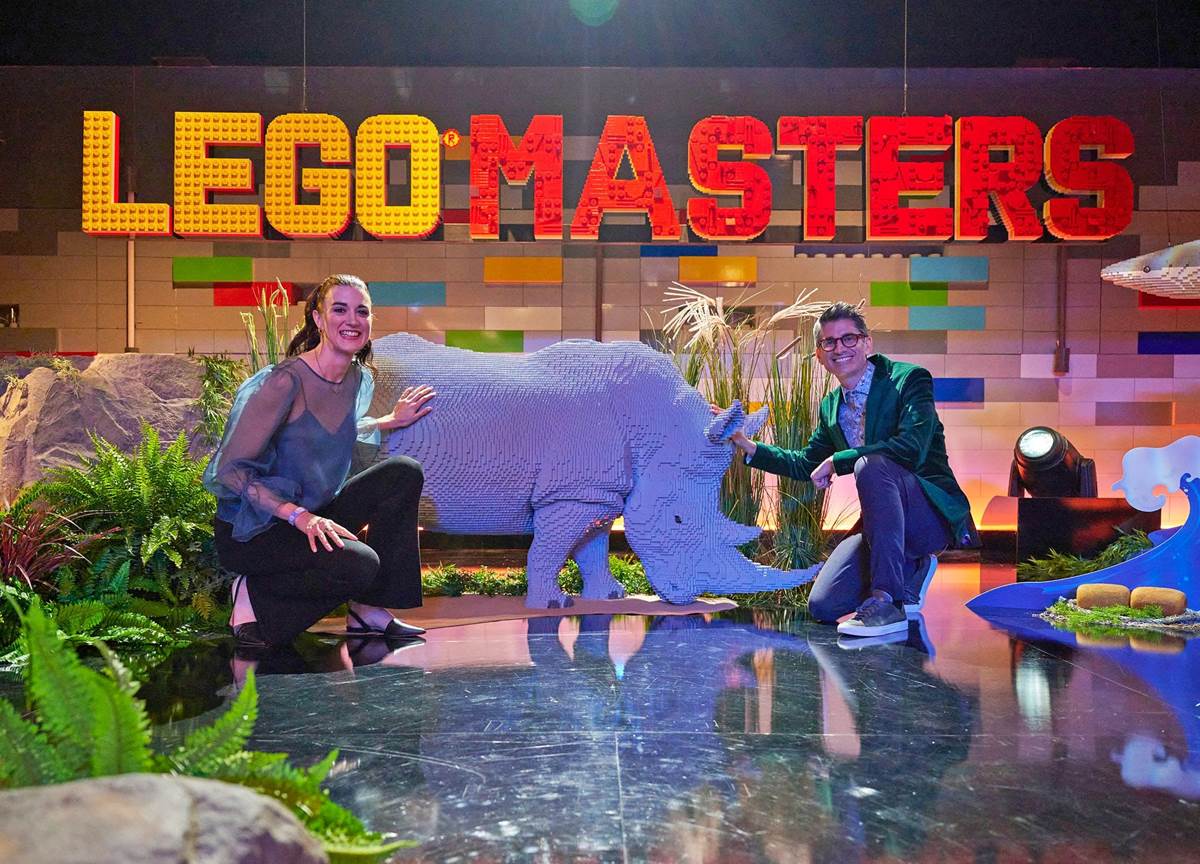 Laughing Place’s ongoing series of interviews with the eliminated teams from FOX’s LEGO Masters season 2 continues this week with the pairing of friends Dave and Richard, who bid farewell to the reality competition series at the end of the show’s “Land & Sea” challenge. 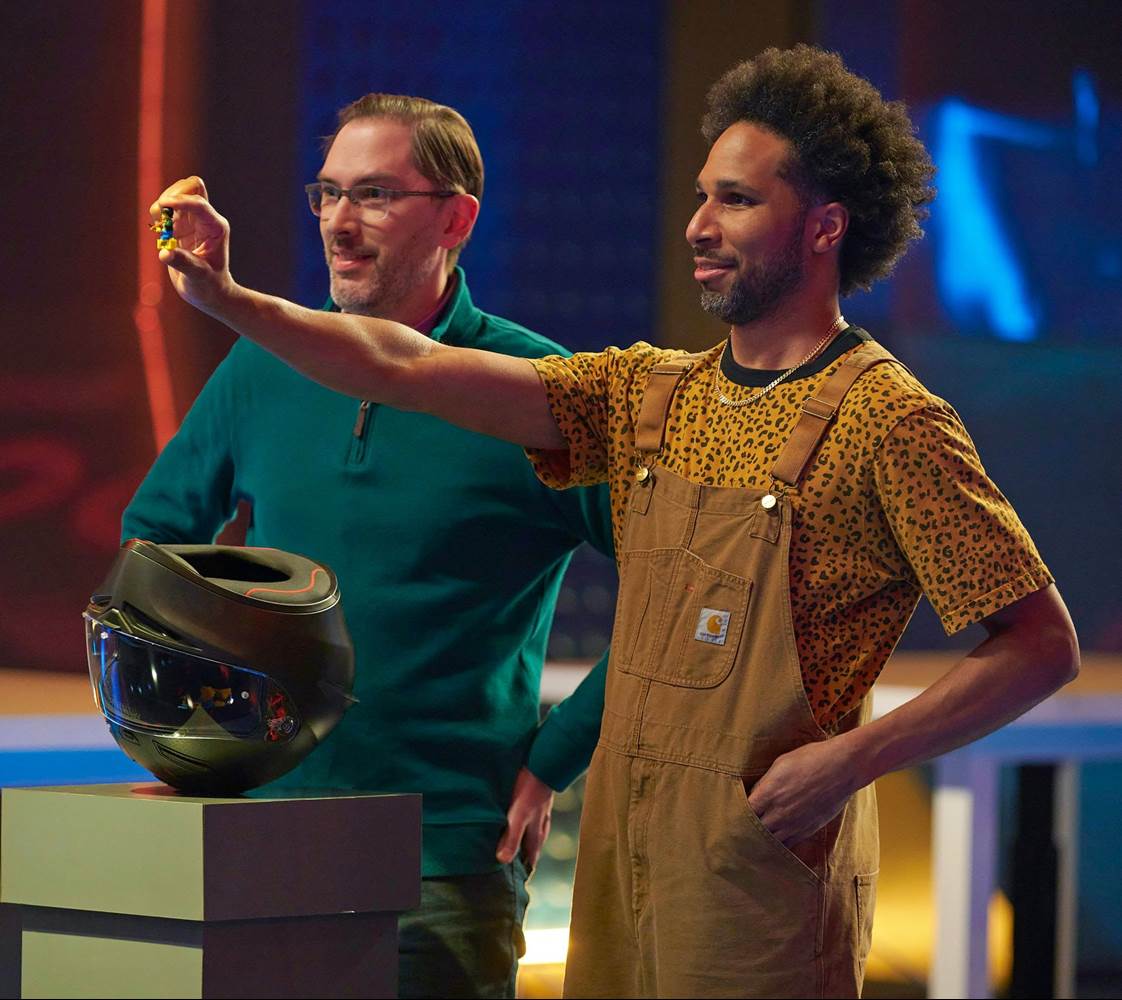 Mike Celestino, Laughing Place:  What was your history with LEGO prior to being on LEGO Masters?

Richard:  I first started out with LEGO as just a hobby and it was just one of the many toys that I got just to keep me busy. I got a Hot Rod Club set and then I got the M-Tron space-themed set, and I just fell in love with LEGO at that point. I was always collecting sets and I just love having LEGO in my life, but I was the only person that collected and built LEGO in my family, so I didn't get to continue playing with LEGO as the brand started to develop and expand. It wasn't until I became a dad that I was able to make up for a lot of lost time by collecting a lot of sets.

Dave:  I started as a four-year-old with LEGO and got sets. My mom made sure I had sets for my birthday and for the holidays every year– even as a high schooler, as a college student, [and] as an adult. I kept building sets, kept building for myself. And then when I started to realize there was an online LEGO community and that there were other people like me who enjoyed it so much, it really opened up the world of what LEGO could be for me. LEGO Masters is just such an exciting way to continue that journey forward and see what else is out there. 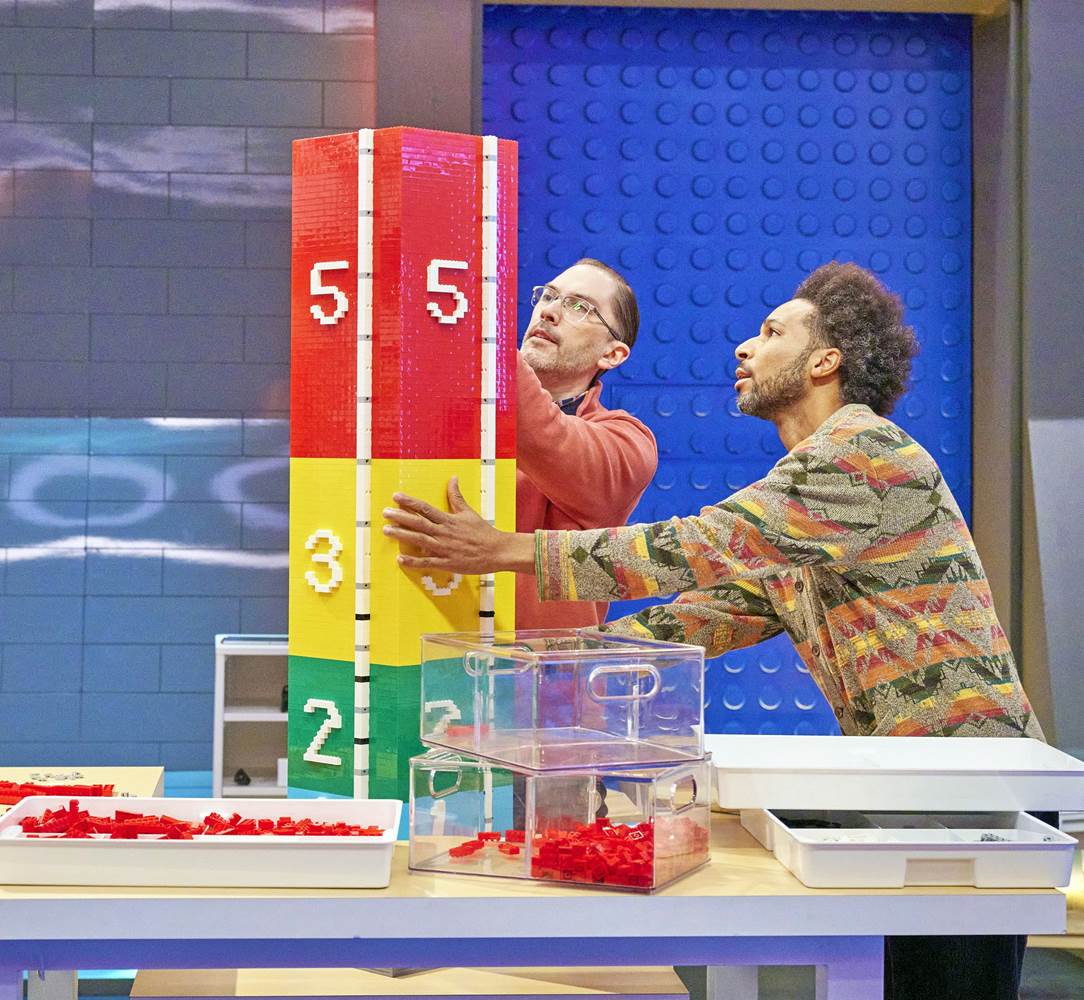 LP:  Once you finally did get accepted to be a contestant team on LEGO Masters, what was your favorite part of that overall experience?

Richard:  The experience itself was really exciting. I loved building with Dave– he taught me so many really great, valuable skills. I'm so happy about building my friendship with him. Going into the show, we were building that friendship and I feel like the show cemented our friendship together.

Dave:  When you're an adult, when you have a job, when you start having kids, you don't have as much time for the things that you want to do– your passions. So [it was great] for us to have this opportunity to focus completely on one thing with an amazing crew that created this set that keeps the LEGO [elements] organized, that makes us look good on TV with the most amazing peers around you who are so creative and think so much differently. You're getting to see their thought process to be [around] Brick Masters who have years of experience. This is a once-in-a-lifetime opportunity and you had to take advantage of every single minute of it. 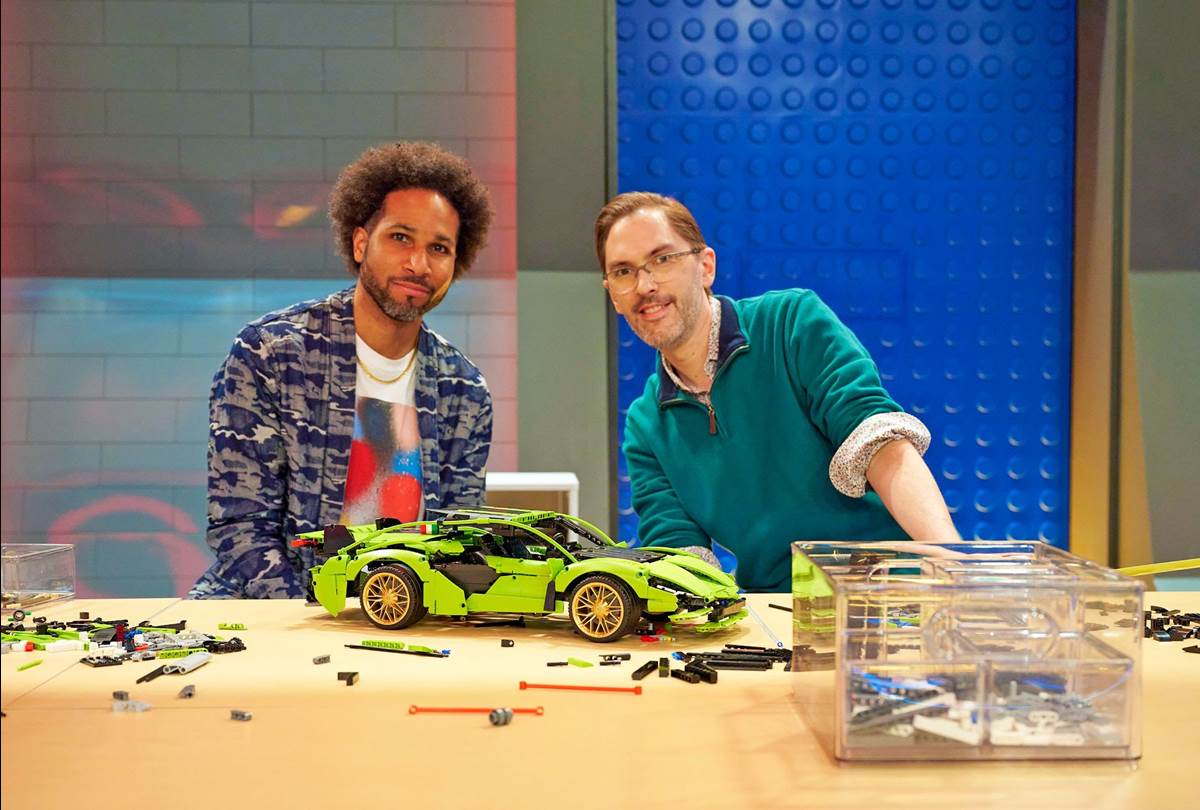 LP:  In watching this week’s episode in which you were eliminated, I thought you guys did a really great job on your build, but from my perspective it seemed like maybe there was some miscommunication or misinterpretation of what the judges were expecting. Is that your understanding of what ended up happening with that challenge?

Dave:  We're known as a team that thinks differently. When we did the skyscraper, we put all the structure on the outside. When we did the car, we kept the wheels uncovered. When we did the fan, we made it about noise. So we're a team that tries to think about things in a different way. We were trying to think about this in a different way. They asked for a new creature and the environment that they lived in, so we said, ‘We're going to make something that's totally different from coral or a penguin. We're going to put them together and create this character,’ because we watched season one and we know that they love character. They love story. We were thinking differently from all the other teams, and we purposely did that because we wanted to stand apart from all of the other teams that were doing pretty much the same thing.

[With] the challenges that I just mentioned, we were rewarded for that. [For] this one, ultimately it didn't work out, but that doesn't mean that we don't think [it] was a great build. We think it was a fantastic build. I don't think we would've done it differently. I mean, maybe we would've put some similar coral on the arms so we wouldn't have to go home. But other than that, we think it was a fantastic build and we're as proud of it as any other.

Richard:  Yeah, I agree with you 100%, but the one thing that they did say in the judging was it was recognizable. It was too recognizable as a [penguin], but that wasn't our intention. We always labeled our hybrid creature as Poco. We made it as such, and I think they were still stuck on the appearance of a penguin. They weren't able to unsee a penguin through that. But again, we were very proud of our build. We put a lot of ourselves into it. We had a lot of fun building it and no one wants to take away the fun out of building. You want to be happy with something that you built and that you put a lot of your heart and soul into and just leave it at that. 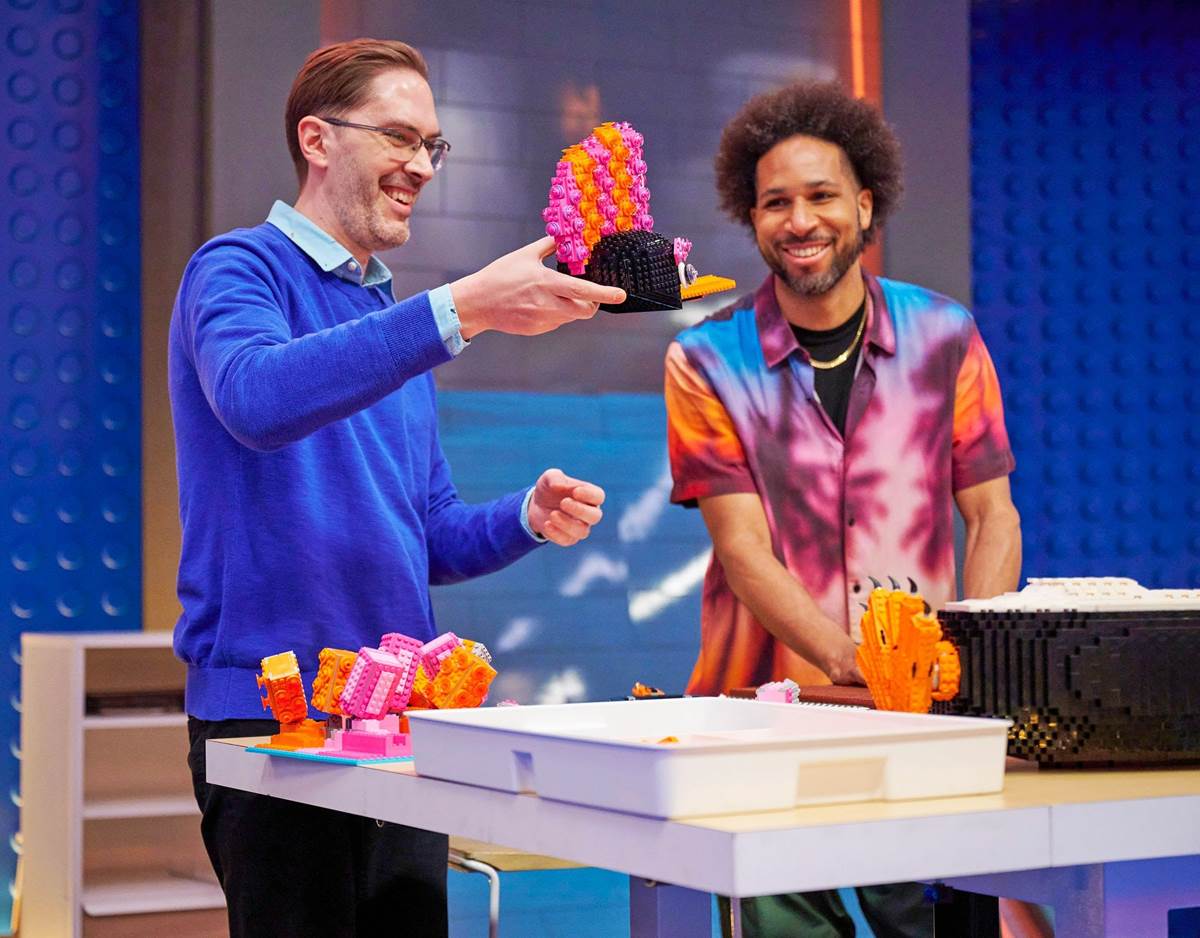 LP:  Other than that, can you tell me a little bit about your interactions with judges Jamie and Amy, or if you had any fun memories of chatting with the host, Will Arnett?

Dave:  Jamie and Amy are experts in their field and they're used to giving feedback, but they don't know us. They're trying to get to know us and all of the other contestants. The people they're used to giving feedback to are people on their team, but this is a totally different dynamic. They're in more [of] a mentorship role, so we have to be willing to accept that mentorship from them. It's a back and forth between us and it's a weird dynamic, as adults may not be used to that. I mean, as a DJ, [Richard is] a very creative person. And as a kindergarten teacher, I'm trying to create [a] unique curriculum in the classroom. [LEGO Masters] might not be an environment that we're used to, so it can be odd, but we also really appreciated everything that the Brick Masters said to us. [We] really wanted to try to listen to them and take their feedback to heart.

Richard:  They were great. They had really helpful things in their critiques. They always came through with a lot of positivity and we're very grateful for their insight, too, because how often do you get to talk to someone who works for LEGO? I think that was a great opportunity to gain that insight on their expertise. So for the most part, it was all very positive. 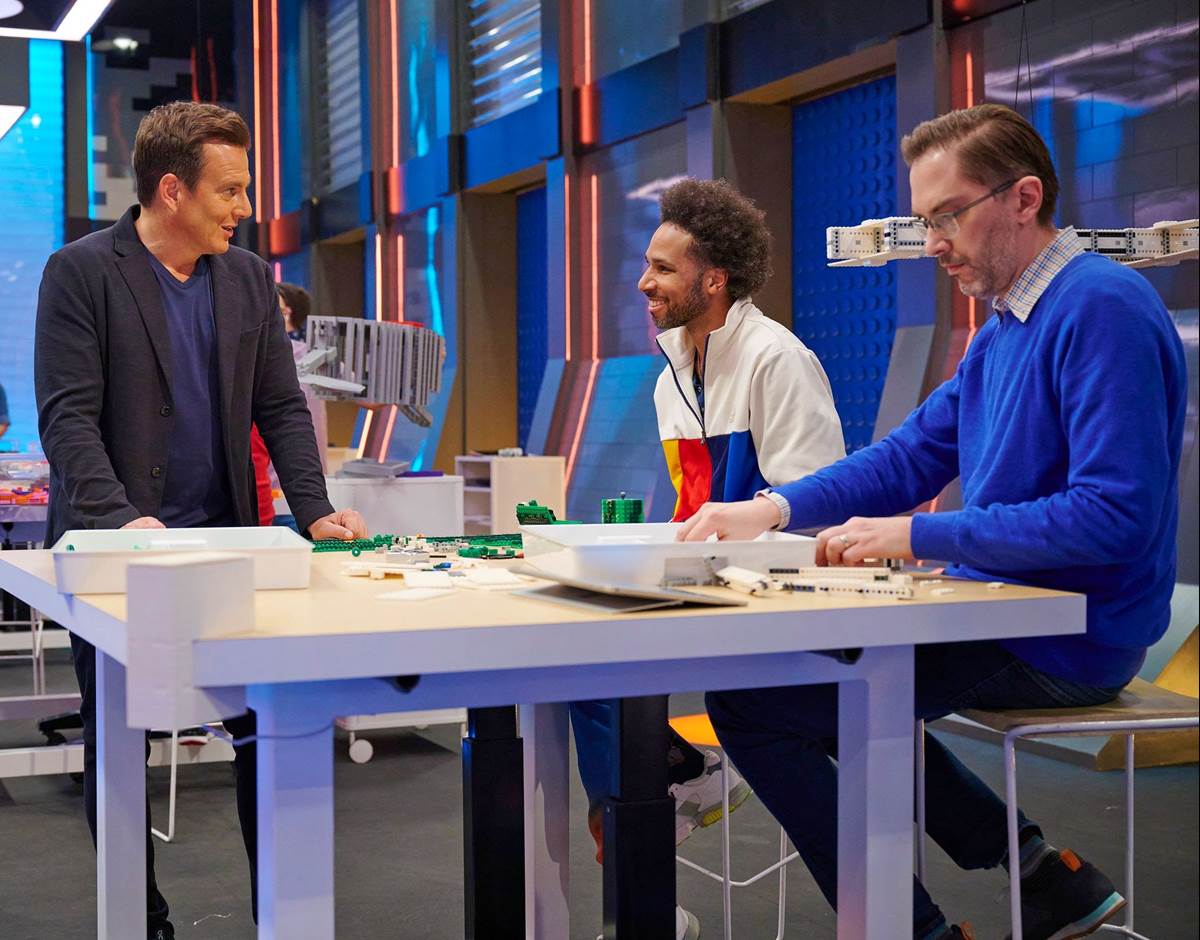 Dave:  In terms of working with Will, he is so funny and sometimes you're trying to match his funniness. Sometimes it's successful and sometimes it's not. One time he came over to our table early on and he was like, ‘Oh, you guys just won another challenge. How does that feel?’ I know he's a big hockey fan and I'm a big hockey fan and he's from Toronto and I'm from Chicago. And if you know anything about hockey, you know about the Toronto Maple Leafs' drought. So I said to him, ‘You know, Will, in Chicago you get used to winning, unlike in Toronto where you have to wait 42 years between championships.’ And he was like, ‘Whoa, that was a low blow.’

Richard:  I really enjoyed talking to Will, specifically in the Demolition Derby challenge. When he checked in with us, we talked about [our] favorite cars and we had a lot of jokes about me being a New Yorker and getting my license [at] 30 when my son was born, because I had no [prior] need for a license. I live in a city with some public transportation. [laughs] We had our moments like that. [We also talked about] his experience going to Caribana, which is a Caribbean carnival in Toronto. It was really cool to hear about his experience going and his familiarity with it because I felt like, especially for someone like him, being able to make that connection is really important.

Mike:  Do you have any tips that you would give to future contestants on LEGO Masters?

Dave:  I think the most important thing is you have to find the right partner and put yourself into the build, because if you can do that, then you're going to tell a story that no one else can tell. That's what's going to make you successful.

Richard:  Exactly. There won't be any repetition. You'll stand out in a crowd. [You] won’t blend in. 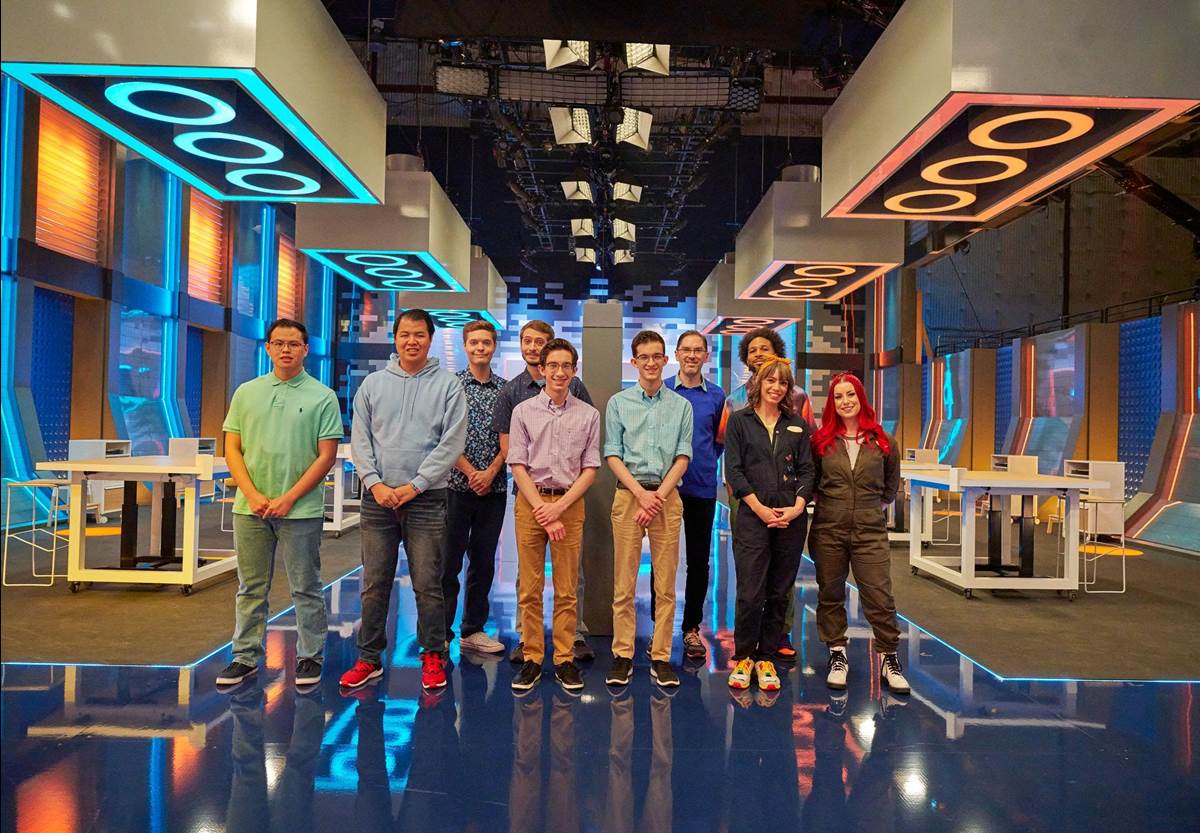