Pixar’s SparkShorts program is designed to discover new storytellers, explore new storytelling techniques, and unlock the potential of individual artists and their inventive filmmaking approaches on a smaller scale than Pixar’s more traditional fare. The latest entry of the SparkShorts, Twenty Something, due out September 10th on Disney+, lives up to this mission. 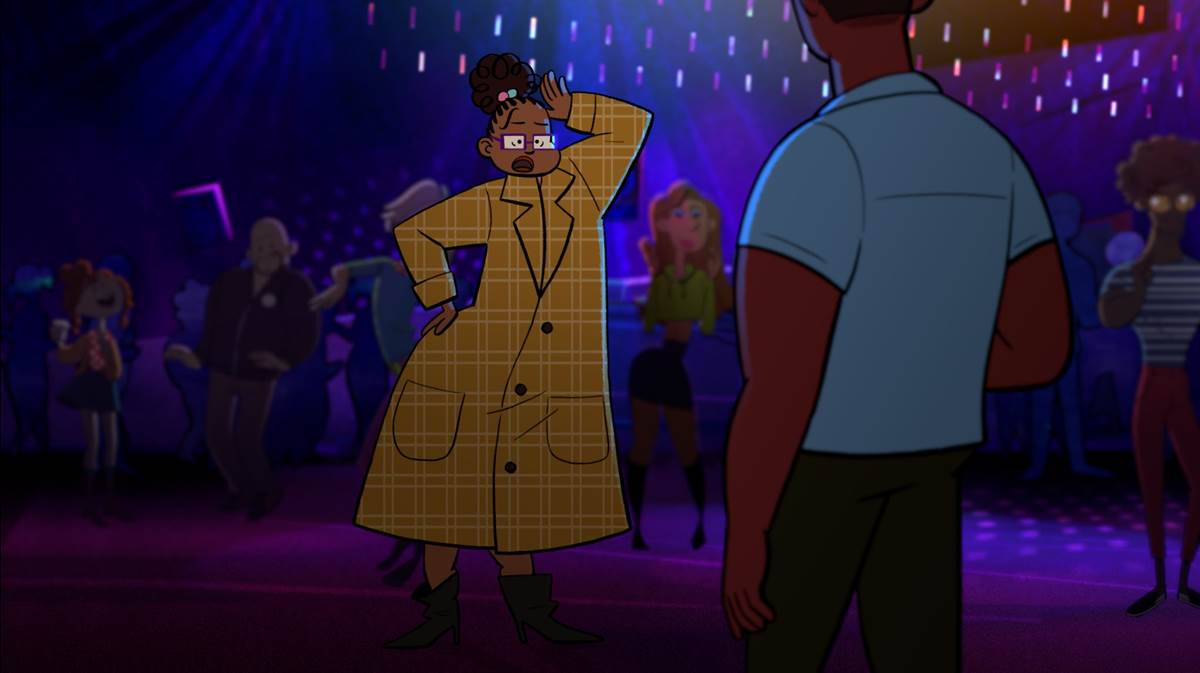 Director Aphton Corbin, who previously worked as a story artist on Toy Story 4 and Soul, was approached at the studio while she was working on the latter film and was asked if she wanted to direct her very own SparkShort. Corbin said of that moment, “I did what many of you might have done. And I panicked. What were they thinking? I felt like I had been at the studio for such a short time. Were they choosing the right person? After hyper-ventilating for what felt like months, I decided to dig deeper into my imposter syndrome… After I was given the opportunity to direct a SparkShort, this same feeling crept back up again. Feeling like an adult one minute, feeling like two kids strapped in a trench coat. Something about this idea really clicked.  And I realized, this is what I want to base my short on.  Insecurity and feeling too immature for the task at hand.” 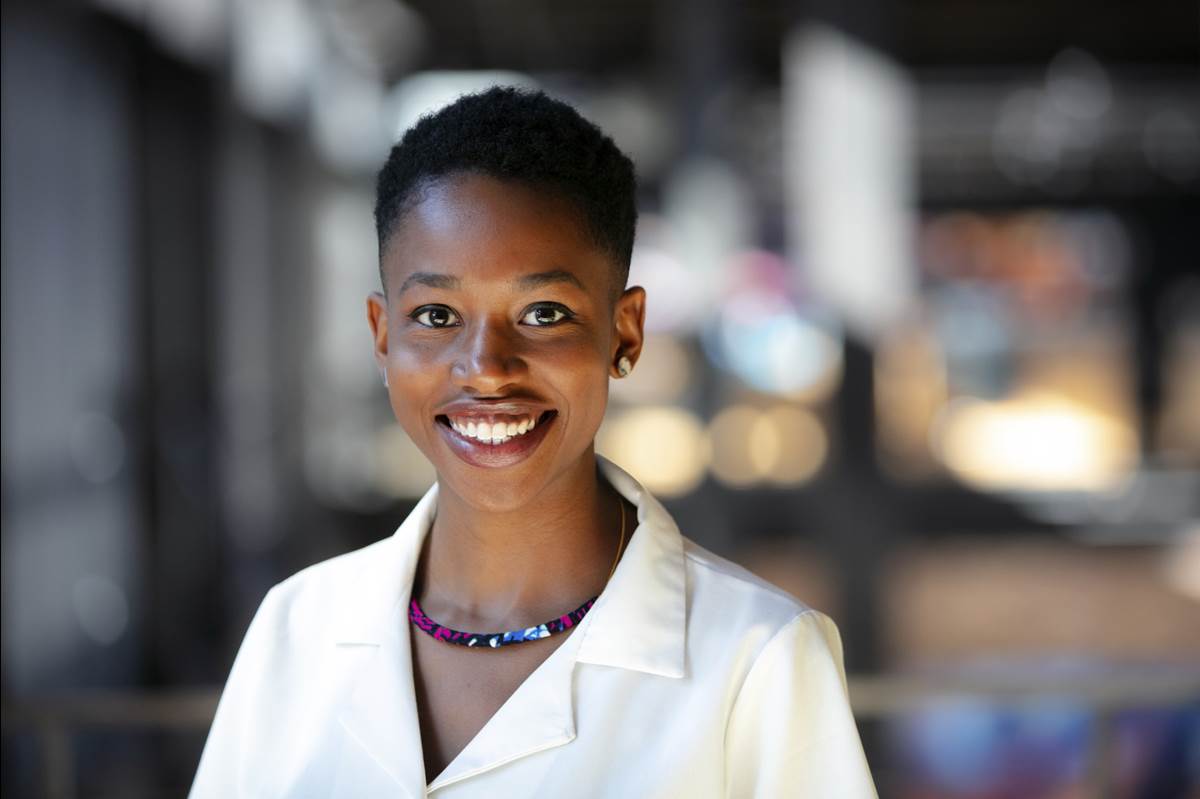 In Twenty Something, we see Gia, an “adult” who is really three kids stacked up in a trench coat, navigating through an evening in a nightclub with her older sister. “I just love this idea of all these kids,” says Corbin, “what they’d look like stacked up in a trench coat. Trying to navigate through life. It felt like the perfect metaphor of trying to steer through life while hiding your insecurities.”

In the short, we see Gia navigate the treacherous adult world of a trendy nightclub, but it wasn’t always that way. Originally, Corbin had her in the more mundane yet equally intimidating world of… an office. “After a time at the office,” says Corbin, “she and her friends would go to a club and continue shenanigans there. But something about the story still didn’t feel right. It felt like the story didn’t really take off until Gia entered the club with said friends. And given my more introverted personality, the awkwardness of going out to the club felt so relatable and a better location to tell the story. So, I scrapped my boards…and started with this new location in mind. Gia going out for her 21st birthday and her first trip into the adult world.” 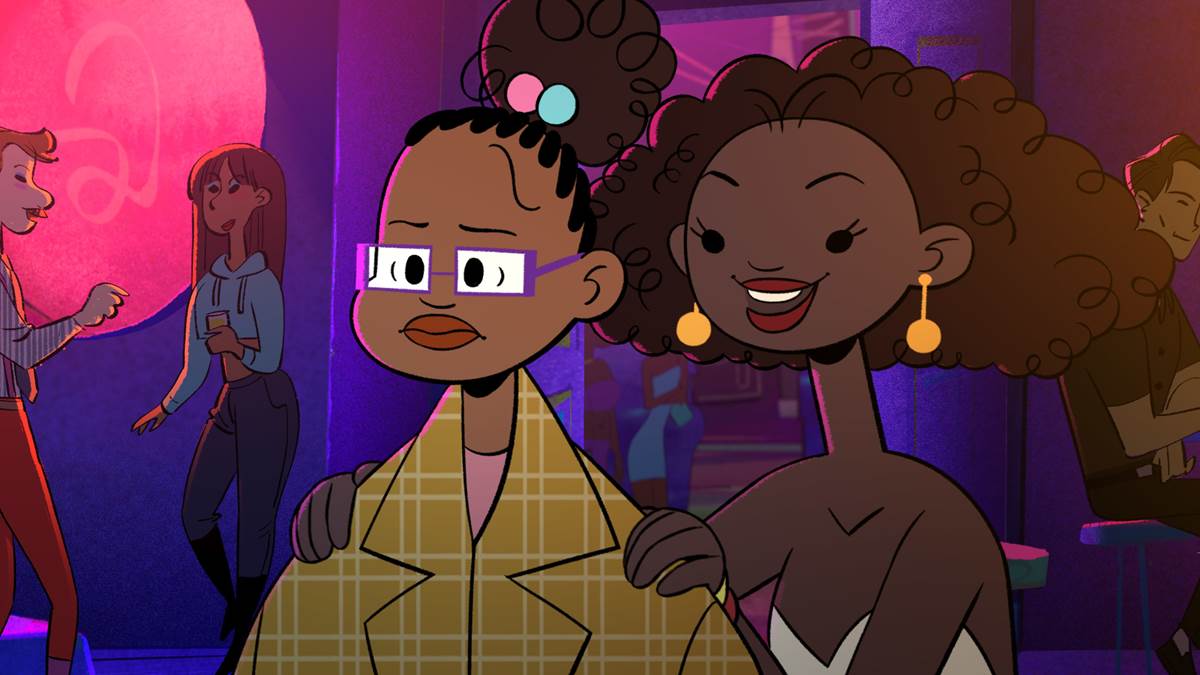 Twenty Something is also the third SparkShort to be made in a traditional 2-D format, following Kitbull and Burrow.  “I knew I was going to need to make this a 2-D film,” says Corbin. “Since we're at SparkShorts, our budget is small.  And if I was gonna pull off a movie with dialogue and all these extra characters in the club setting, 2-D was the route to go.  And it’s honestly my first love. I got into animation because I loved drawings.  And to see those drawings come to life is a super special moment.  So, I was encouraged by seeing amazing 2-D SparkShorts that had come out before. Like, Burrow and Kitbull, and I knew it was the path for me. [Twenty Something] was really inspired by older vintage cartoons specifically in the 60s and 70s. And [we] try to get some of that charm and appeal into the design that we have there.”

Before you watch Twenty Something on Disney+ September 10th, watch our interview below where we got to spend a quick moment with director Aphton Corbin and discuss what it feels like to be a stack of children pretending to be an adult. You can also find out what Alex thought about the new short by reading his review here.