When you’re a kid, everyone older than you seems so mature that it’s easy to feel younger than you actually are when you grow up. That’s the theme of Twenty Something, a new Pixar Animation Studios SparkShorts project from story artist Aphton Corbin (Soul). It’s all about the child that lives inside all of us and how it can sometimes make us feel like an imposter. 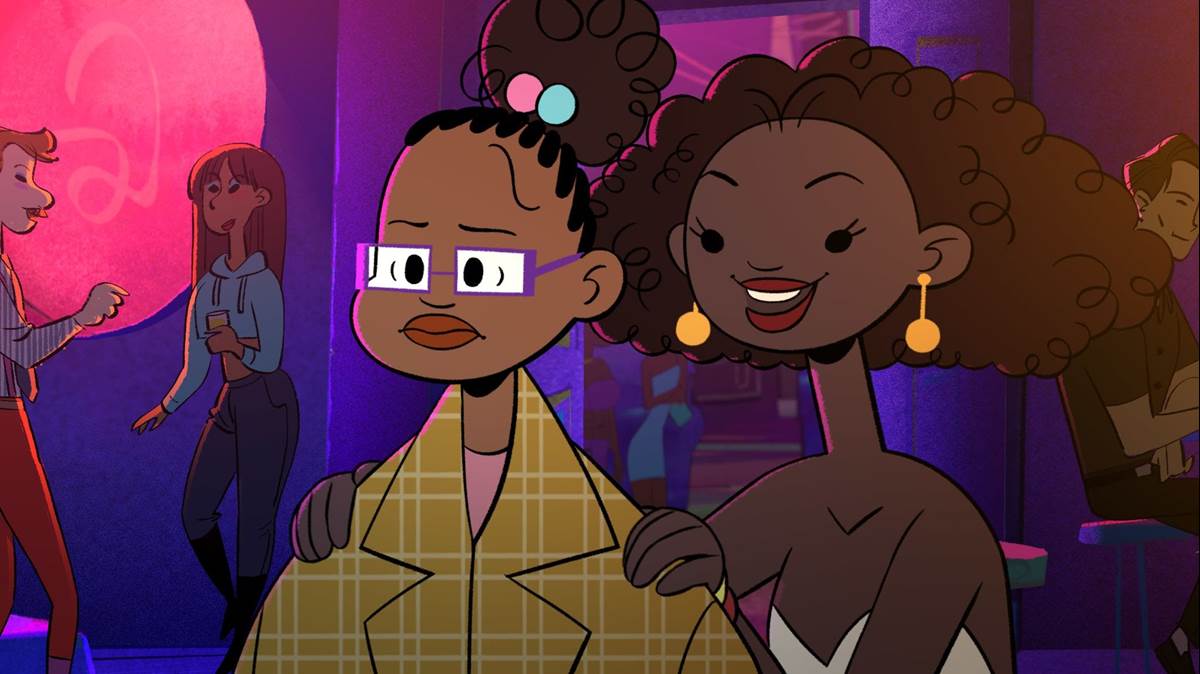 Gia is celebrating her 21st birthday with her sister, who brings her to an unfamiliar setting: a dance club. Caught in the middle of a quarter-life crisis, Gia begins to unravel, her inner 1, 10, and 16-year-old selves taking control of her actions. But through this night above her maturity level, Gia will discover that she’s not that unlike the other adults in the room.

With stylized drawings replacing Pixar’s typical CG models, Twenty Something fits amongst other SparkShorts projects like Kitbull and Burrow while also being different in tone. It’s one of the more lighthearted shorts in the series, although the subject matter is certainly aimed at an older audience. For the record, however, while Gia is offered a drink at the bar, we never see her have one.

Twenty Something is wildly inventive, offering a new spin on the classic totem pole trench gag. If the character art of Gia looks younger than expected, it’s because she is depicted as her three younger selves stacked on top of each other under a trench coat. Funny moments arise when they fight over who gets to “Steer,” exploring an Inside Out concept in a different way. We never get to see Gia as she presents to the world around her, only as she feels on the inside.

Continuing Pixar’s efforts for diversity and inclusion, the setting of Twenty Something is full of different skin tones and sexualities. Gia, her sister, and many of the background characters are Black, while a quick shot of two men dancing together is also featured. None of this is central to the story, but it furthers the mission of the studio, which has also been a throughline of the SparkShorts series.

I give Twenty Something 4 out of 5 confusing drink menu items.