The Halloween season has officially begun on the west coast with the start of Halloween Horror Nights at Universal Studios Hollywood. The annual haunt is back after a year off and all of those familiar nightmares are back, along with some new ones. 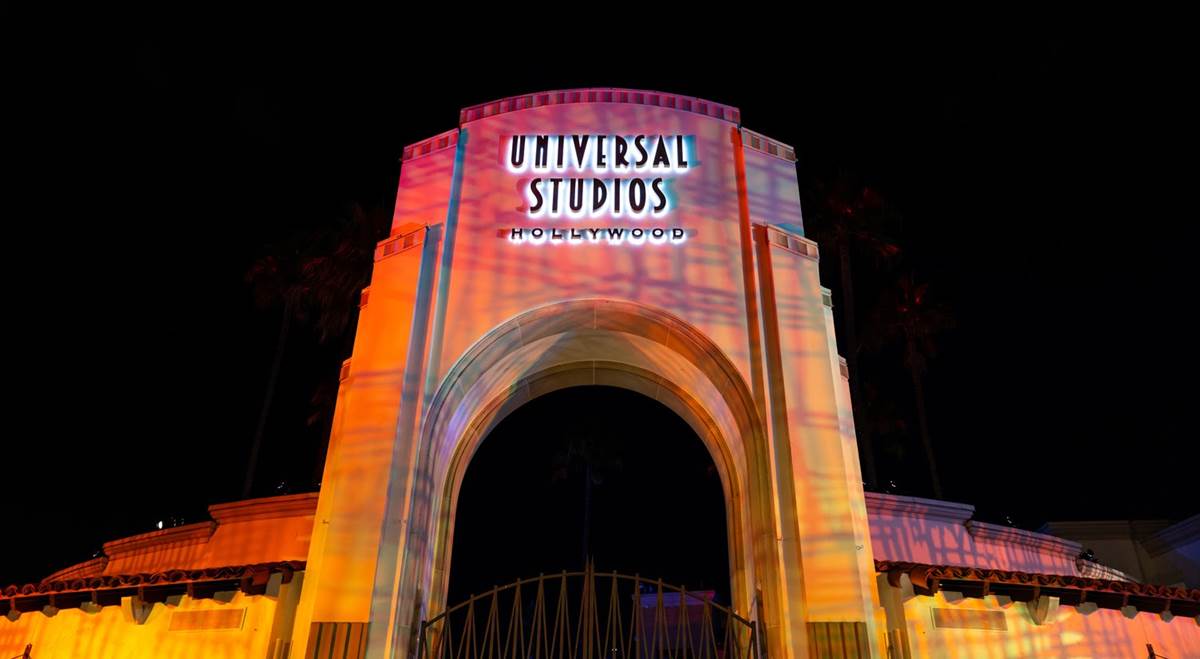 This year’s Halloween Horror Nights features seven mazes (one of them being the reopened Walking Dead attraction). Lots of horror classics are brought to life this year, including The Exorcist, Texas Chainsaw Massacre, Halloween 4 and The Bride of Frankenstein. A new favorite is also featured in Netflix’s The Haunting of Hill House. Of those mazes, “Universal Monsters: The Bride of Frankenstein Lives” is the clear standout. The maze creates a brand new story and puts guests face to face with the horror icons.

The true standout maze though is the original concept – “The Curse of Pandora’s Box.” The colorful house features some creative scares and some really impressive visuals. It doesn’t have the advantage of character recognition, but it makes up for that by crating an experience unlike anything else in the park.

As for the Terror Tram, guests are thrown right into the horrifying reality of The Purge. An ambush from purgers as you exit the tram creates one of the most chaotic and realistic experiences you’ll find at any haunt. From there, guests get to talk a small portion of the iconic backlot, while avoiding the reckless killers in their unique costumes. There are plenty of spooky photo ops for guests to take advantage of as well. 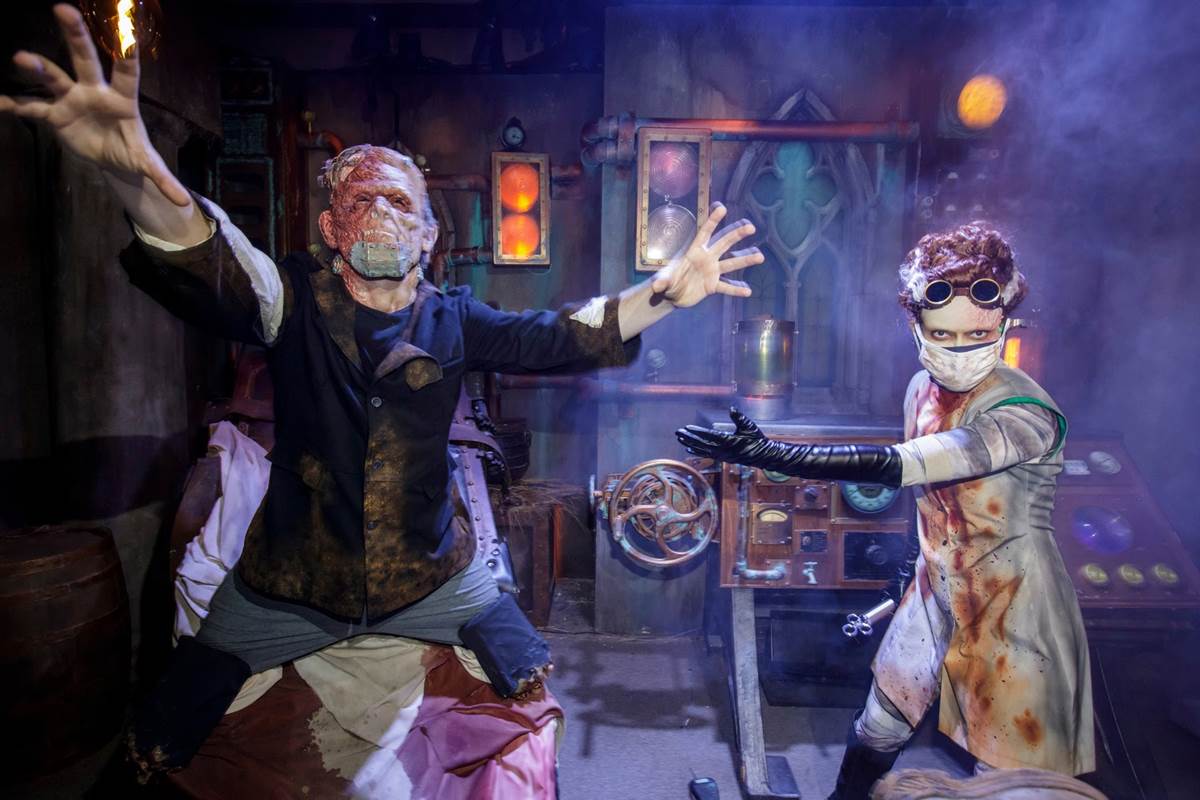 This year’s scarezones aren’t exactly the highlight of the event. At the entrance to the park, guests are welcomed by some chainsaw-wielding maniacs in “Chainsaw Rangers.” That then blends almost seamlessly with “Demon City,” to the point where you don’t realize you’ve left one zone and entered another. The clear winner for the zones though is “Silver Scream Queenz,” which brings female horror icons to life. And be warned, what these zones lack in sets and production, the scareactors more than make up for with sheer energy.

Check out some of the highlights of Halloween Horror Nights 2021 in the video below:

If you’re check out Halloween Horror Nights and decide you need to get away from all the scares for a moment, the Jabbawockeez show provides the perfect brief escape. There is nothing ‘Halloween’ or ‘Horror’ about this show, but it is a lot of fun. If you like high-energy dance shows, this is something you’ll enjoy. With the iconic dance crew filling the whole theater, there’s not a bad seat in the house and the energy pumps throughout. If you come to the event for the frights however, this is something you will likely want to skip.

Watch the full Jabbawockeez show below:

This year’s event at Universal Studios Hollywood doesn’t quite have as many special food and beverage offerings as its cousin in Orlando, but there are a few to choose from. The Dia de los Muertos Plaza Bar and “Little Cocina” offer some special cocktails and tasty bites. At the Freakshow Vin Bistro, guests can find some sweet offerings like the Candy Corn Cupcake. The Minion Cafe has also undergone some spooky changes and is now offering an adorable Halloween popcorn bucket. On the lower lot, guests can find the Terror Bar for some more festive cocktails as well as Leatherface’s Texas Family Barbecue. And of course, in Springfield, guests can pick up the seasonal Dufftoberfest beer. 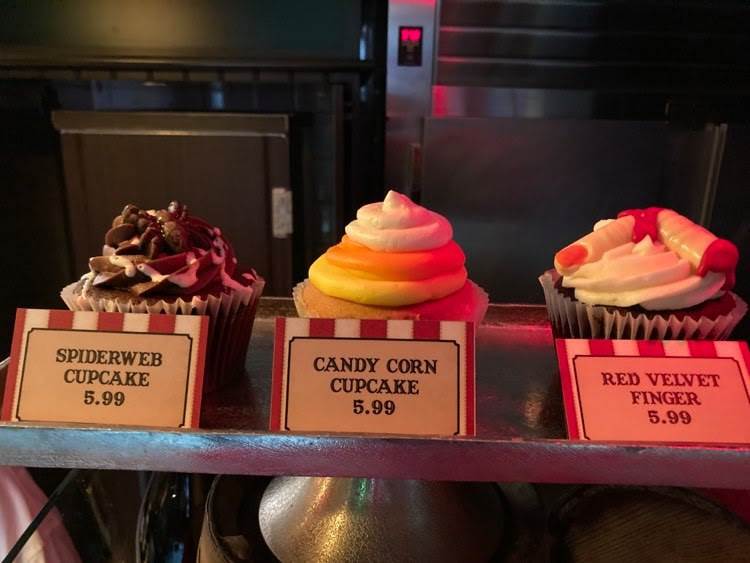 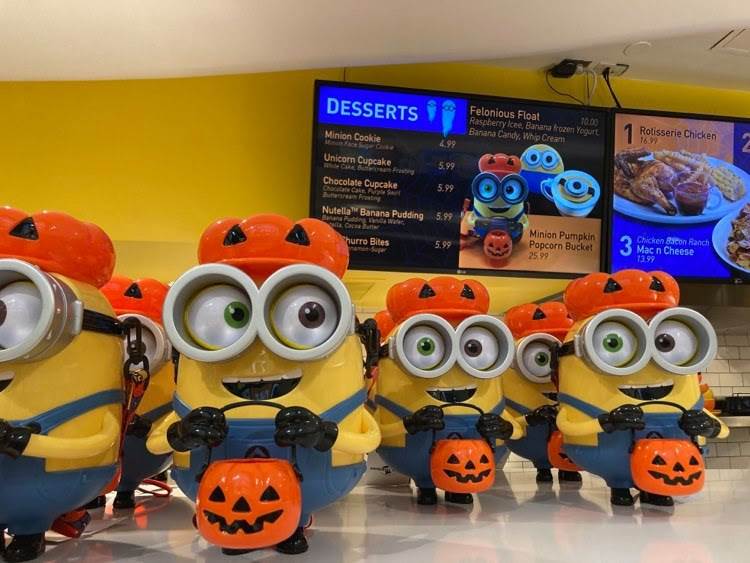