Pixar’s SparkShorts program is designer to discover new storytellers and share their personal stories and the latest entry into their catalog, Nona, comes from a special place within Director Louis Gonzales and he was able to share how he grew his team to share his vision and tell a charming story about a wrestling-loving grandmother and her surprise houseguest – her granddaughter. 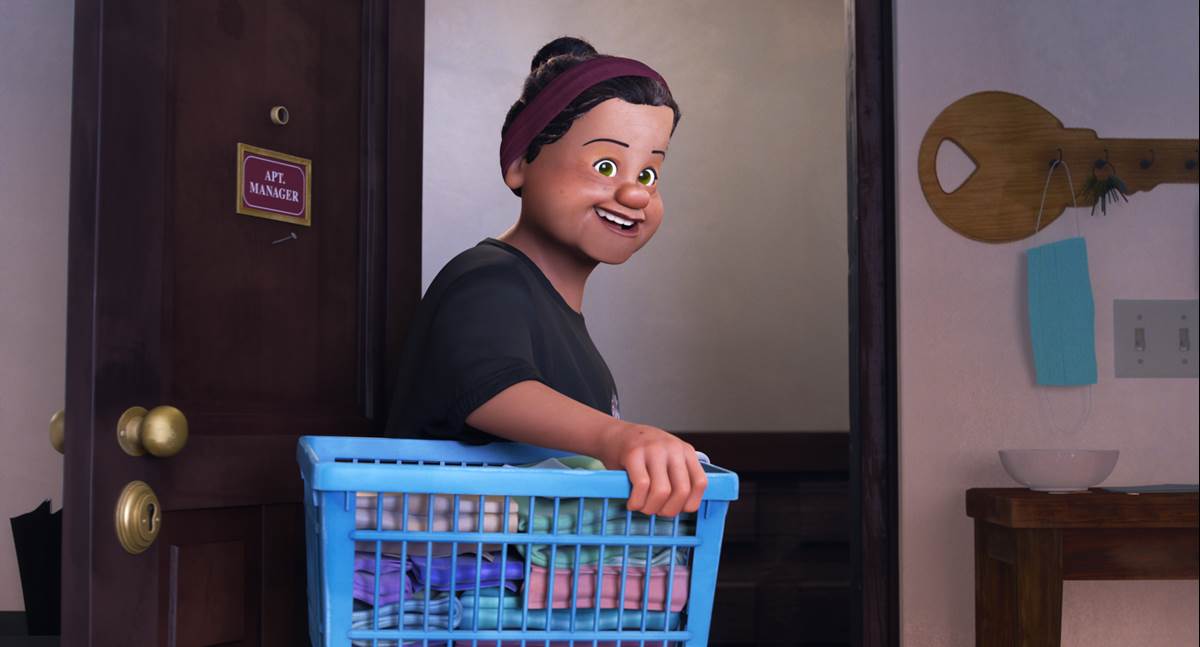 Nona Director Louis Gonazales jumped right into his story, explaining that as he was growing up he loved four things: comics, cartoons, wrestling, and drawing. As he got older, he found a love for graffiti, saying that when he was younger, he would draw alone but graffiti was a whole community of artists. A community that would inevitably lead him to a career at Pixar Animation Studios.

Well into his time at the studio, after focusing on family and his third child, a daughter, Gonzales was given the opportunity to direct a SparkShort for Pixar, a short program designed to discover new storytellers, explore new storytelling techniques, and experiment with new production workflows, providing an opportunity to unlock the potential of individual artists and their inventive filmmaking approaches on a smaller scale than the usual fare from the studio. 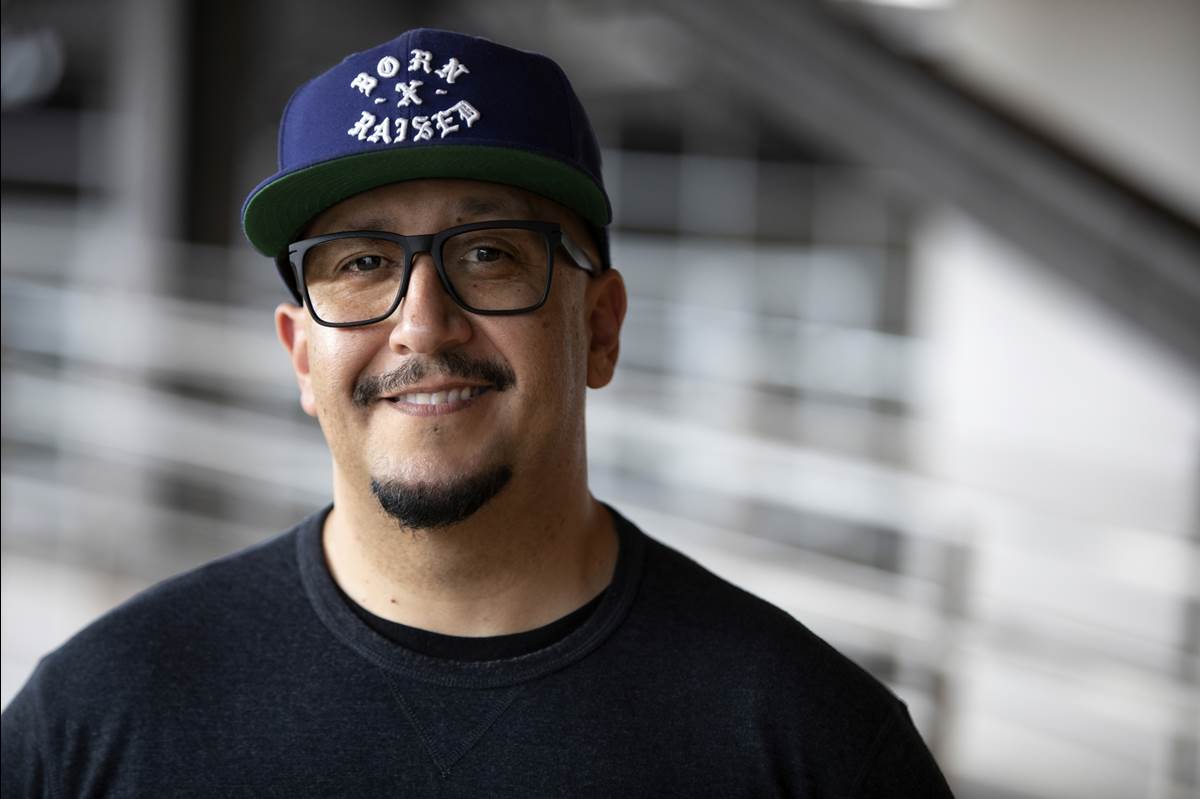 According to Gonzales, “You have to keep it simple. You have a limited executive oversight. No one's gonna tell you what's a good or bad version of your short, 'cause it's yours. And you can tell any kind of story, which is unheard of when a corporation or a company's giving you money to make your own personal thing.  You know, usually they have somethin' to say about it.  Right?  SparkShorts, not so much."  So here I am. I say yes.  'Cause I realize, you know what?  I'm not afraid of story.  I'm not even afraid of the project, you know, of being a leader or…  You know, I think that ultimately it was just such a big thing in my career, that I'd been working towards for such a long time, even though I took a pause, that I was like, I'm just outright afraid to take that step, to go on the stage in front of my community at Pixar. So I said, yes. That's what I do in my career, if I see something kind of, you know, scary on the horizon, I run towards it.  Because I know that I'm gonna grow from it.  So I say yes.  And now here I am a team of one, not really a team, 'cause one person is not a team.” 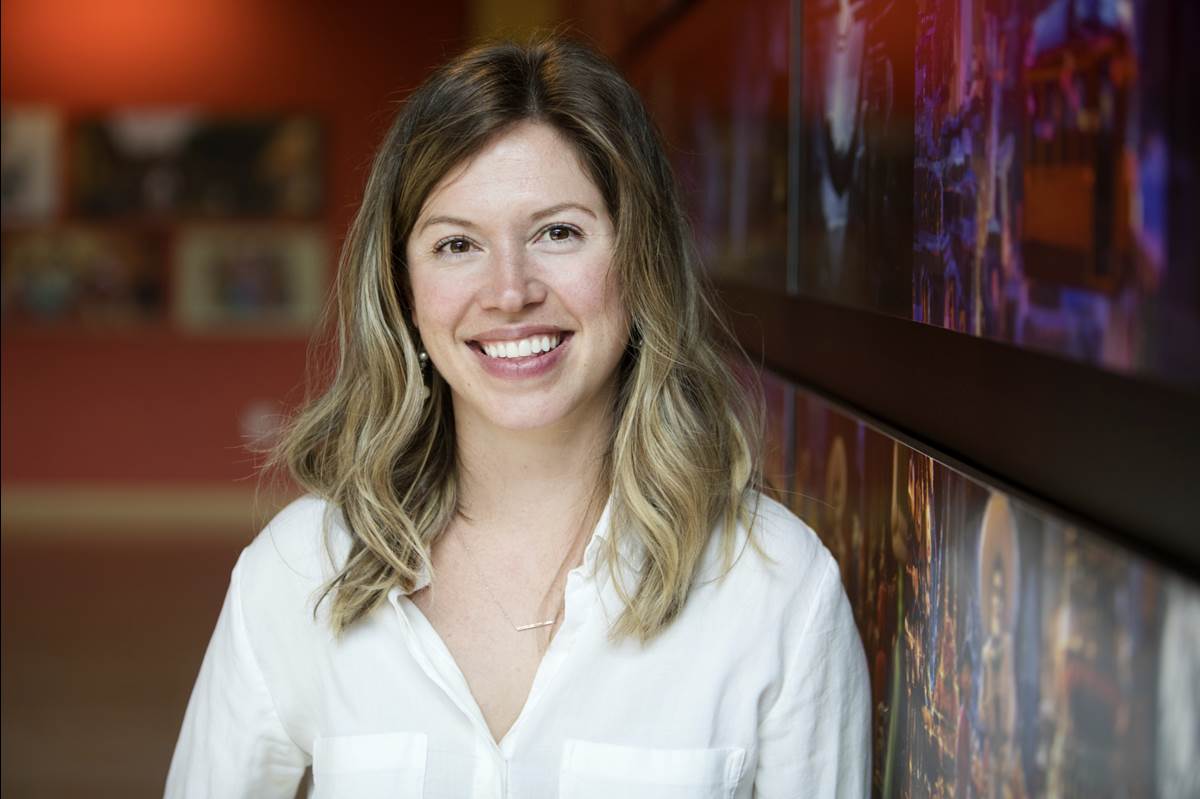 That’s where producer Courtney Kent comes into the picture. “Now Courtney had me flyin' back from, uh, a state visiting a friend,” Gonzales says, “And she's like, "Hey, I want to talk to you about possibly being your producer."  And I was like, "Wait, what?" Who is this person, right?  So I said, "All right."  and I emailed her back and I said, "Let's meet."…I never met her before. But I knew what I was looking for. I needed someone who was gonna push me, who was smarter than me. And Courtney fit the bill to the T. As soon as she started telling me stuff about production; I just kinda felt like a little kid goin, uh-huh.  Okay, thank you for teaching me. I just didn't know, I didn't realize how much I didn't know until Courtney came in.”

Their team is growing, and so was an idea in Gonzales’ brain. Gonzales says “I had this character in this older grandmother who's kind of like, you know, probably is the supervisor or a manager of her apartment building. You know, stuff like I've seen before in my life.  You know, she fixed stuff.  She's got hands-on… she likes to fix things. So already I have a grandma that I kind of like, because it's not like the grandmas I see on TV. It's a little bit more like the grandmas I know. And I had this granddaughter character, right, real quiet, sweet. But as soon as you turn your back, she's one ball of energy. She's always lookin' to go explore something, really curious. Right? That's why she has the cat ears. And so I had this concept. I had these characters that I liked. But I wanted to find some truth, because I knew I was doing this as a CG project.  I knew because of CG, it's gonna be really limited, so I have a set and a very small cast of characters.  So I know this is a character piece, so I have to find some truth in the character. So I took this grandma and I said, okay I have to look and do what they always say… ‘Write what you know about.’  And so what that meant to me in this case was I needed to find that thing that I understood. So I looked to family and friends, the people I love and honor.”

Gonzales looked to his own grandmother for the perfect character. “I love her to death,” he says. “I was kind of afraid of her when I was young, 'cause I was kind of a shy kid. But here's the important part, she loved wrestling. She loved wrestling. And the time that me and her bonded was when we actually…she was like, "[Louis?] you love wrestling?  I love wrestling too."  And I was like, oh my goodness, I have the coolest grandma!”

But there is another character that needs to challenge this tough grandma, and Gonzales had the perfect answer to that right in front of him. “It dawned on me, my daughter Lola,” he said. “She would be a good one to cast as a little girl. She's had a strong mind about what she wanted since she was… I think [when she] came out of the womb.  I mean telling us when she needed her diapers changed or whatever, what kind of bow she wanted to wear. And so now I have my two opponents.I have my conflict. But this is a wrestling match, so I needed a referee.”

“It has to be a dog, Right?” Gonzales said. “And not only any dog. I grew up with pitbulls, and I love pitbulls because, yes they look kinda scary and they have that bad rep, but I've only ever known them to be loves. Loved the family,  play with kids, all that good stuff. So I was like, that's perfect.”

However, after a few sleepless nights, Gonzales found himself adjusting and changing the story drastically. To make matters worse, thanks to the global pandemic, at this point all this collaboration is being done over Zoom. “So we're figuring out this Zoom thing,” he said. “I have this first proper pass with about 20, or about 15 people, and we're showing it and it completely is terrible. (Laughing) It's bad…that led us to boarding towards our first brain trust.   In case you don't know what a brain trust is, it's a collection of your friends and peers from work at Pixar that will be fresh eyes to look at your story and tell you kind of things that are clear, unclear, and that are working basically. And this is the adjusted version that we had from our nightmare version. And what we discovered was that, you know, when we marry these two things, when I actually let Nona go into the wrestling ring, right, and imagine herself there, using her imagination, it did two things. It kinda made her a little bit more youthful but also as an audience, we can now feel that a little bit more. It's not just neglect [towards the granddaughter], it's actually she really wants to be there and she's really into it.”

Gonzales got his team together, made some tweaks and changes, added an emotional element explaining why Grandma loves wrestling so much, and few other adjustments and Nona is ready to be seen by the crew. “When it's all said and done, here's the final cut,” Gonzales said. “ I just love, I just love the way it came out.  You know, and it's not a cocky thing. I'm not sayin' it like it's the greatest thing ever. I just really am proud, and the reason why I'm proud is because this was an opportunity to make a short, and that's not lost on me, at Pixar. And it's my own thing. So when I watch this short, I don't really see me or what I'm tryin' to do. I actually see we. Right? I see Team Nona. I see what we made.”

You too can see what Team Nona made when Nona arrives on Disney+ on September 17th. You can also check out what Alex thought of it here, and watch Louis, Courtney, and I discuss Nona and the community of animators below!