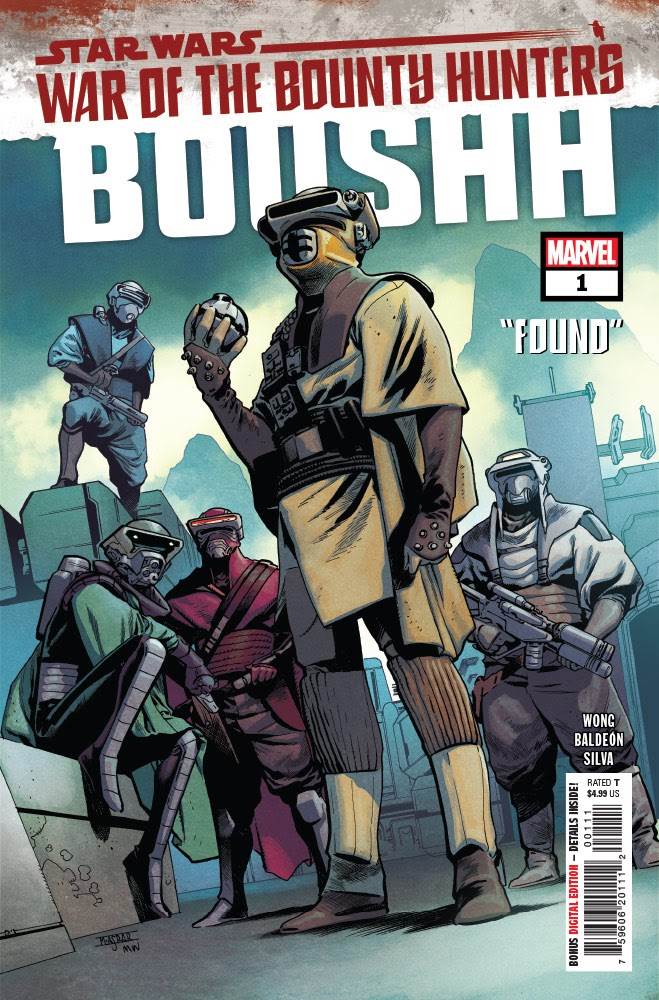 The name “Boushh” has been rattling around the trivia-obsessed minds of Star Wars fans for quite some time. He’s famously the bounty hunter from whom Princess Leia took the imposing armor she wears to infiltrate Jabba Palace in Return of the Jedi, but up until now we haven’t seen too many stories featuring Boushh as a character himself.

Thanks to this year’s expansive Marvel Comics crossover event War of the Bounty Hunters, we’re finally learning quite a bit more about Boushh’s backstory and what exactly he and his Ubese cohorts were up to in the period following the events of The Empire Strikes Back. 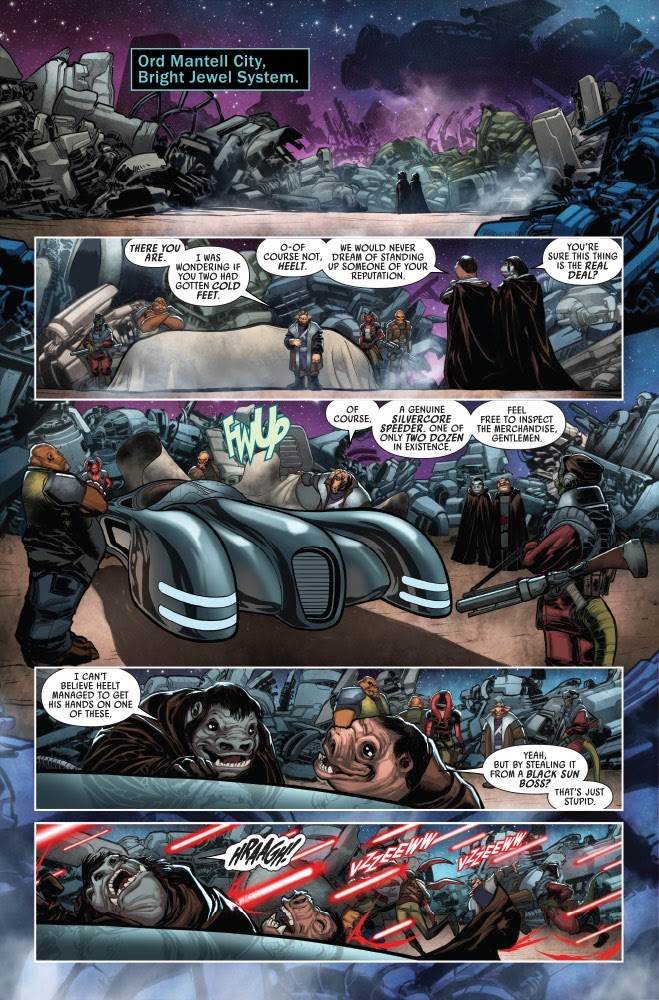 Star Wars: War of the Bounty Hunters – Boushh doesn’t take place far enough along in the timeline to show precisely how Leia comes by that infamous armor (check out Lucasfilm’s fun animated webseries Star Wars: Forces of Destiny for more on that until we– possibly?– get there in the comics). Instead, we see Boushh and his teammates– all exiles from the planet Uba IV– working for the Black Sun crime syndicate and tracking down targets for credits, as Star Wars bounty hunters tend to do. Then they’re approached by Crimson Dawn (hence the tie-in to War of the Bounty Hunters) to take out the Tagge family of capitalist aristocrats we’ve been spending time with in Marvel’s ongoing Doctor Aphra title. Cut to the Tagge’s flagship the Acquisitor, where Domina Tagge is preparing for a board meeting with her constantly bickering family members and testing out her prototype lightsaber in an effort to replicate the Jedi weapon and sell the result– if successful– to the Empire. Naturally Boushh and his cronies eventually show up and try to eliminate the Tagges en masse, but Domina proves much more resourceful and skilled than the Ubese hunters have anticipated. I found myself fairly enthralled with this Boushh comic, not only because it finally fleshes out a character who has mostly only existed in the Star Wars periphery before this, but also because it doesn’t find itself beholden to the scene-by-scene events of the War of the Bounty Hunters miniseries like so many of the other crossover issues have. Writer Alyssa Wong (of Doctor Aphra fame) obviously knows how to write Domina Tagge, but she also found a way to make Boushh himself pretty interesting and unique, in that he’s a bounty hunter with a heart who evidently lost his child at a young age and keeps his compatriots close as a sort of substitute family. There’s some great action here as well, plus a cameo appearance by Deva Lompop, who has thus far popped up in all of the War of the Bounty Hunter one-shots. And the end of this issue seems to imply we’ll be seeing more of Boushh as he and his team begin their new working relationship with Domina, in a thread promised to continue in the pages of Wong’s Doctor Aphra. Will we see Leia come face-to-face with the helmet she’ll eventually don on Tatooine? I don’t think it really matters, but I wouldn’t be surprised. 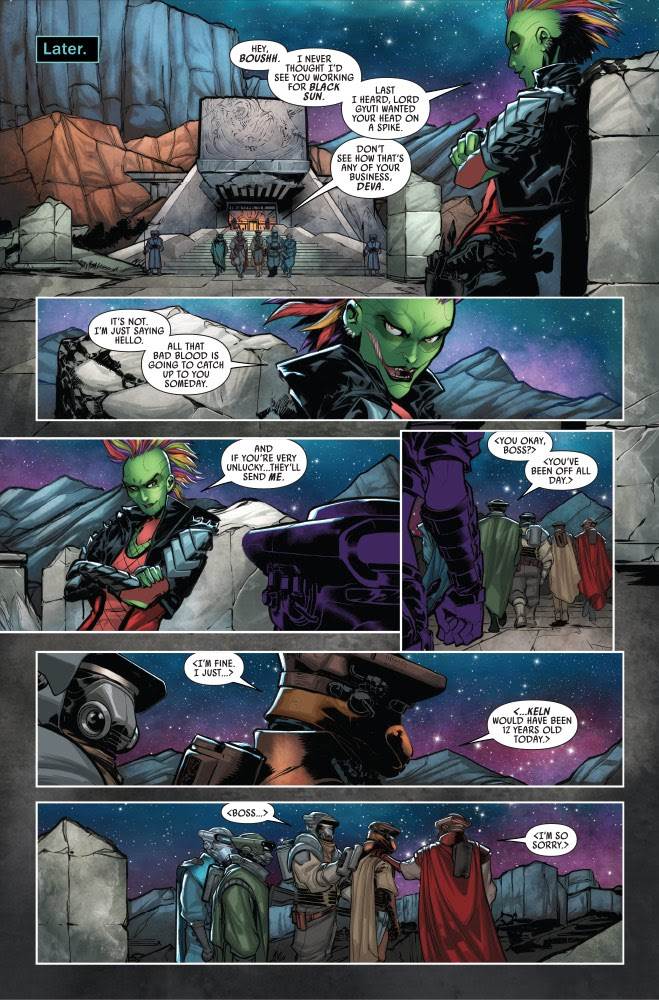 Star Wars: War of the Bounty Hunters – Boushh is available now wherever comic books are sold.