Of all the enigmatic bounty hunters who briefly appeared on Darth Vader’s Star Destroyer in The Empire Strikes Back, the team-up pair of Gand Findsman Zuckuss and protocol droid 4-LOM (whose name I was recently surprised to discovered is intended to be pronounced as “For-Elloem”) may be the most mysterious. Zuckuss is evidently Force-sensitive and 4-LOM was apparently able to override his own programming in an effort to go off on his own, becoming a free agent.

Now, in the crossover tie-in one-shot Star Wars: War of the Bounty Hunters – 4-Lom & Zuckuss, the duo finds themselves at a crossroads. Separated thanks to a failed confrontation with Boba Fett in the main event miniseries, Zuckuss is stranded on the seedy Smugglers’ Moon of Nar Shaddaa without his companion, and 4-LOM’s decapitated head is discovered by some Jawas in the rocky canyons of Tatooine. 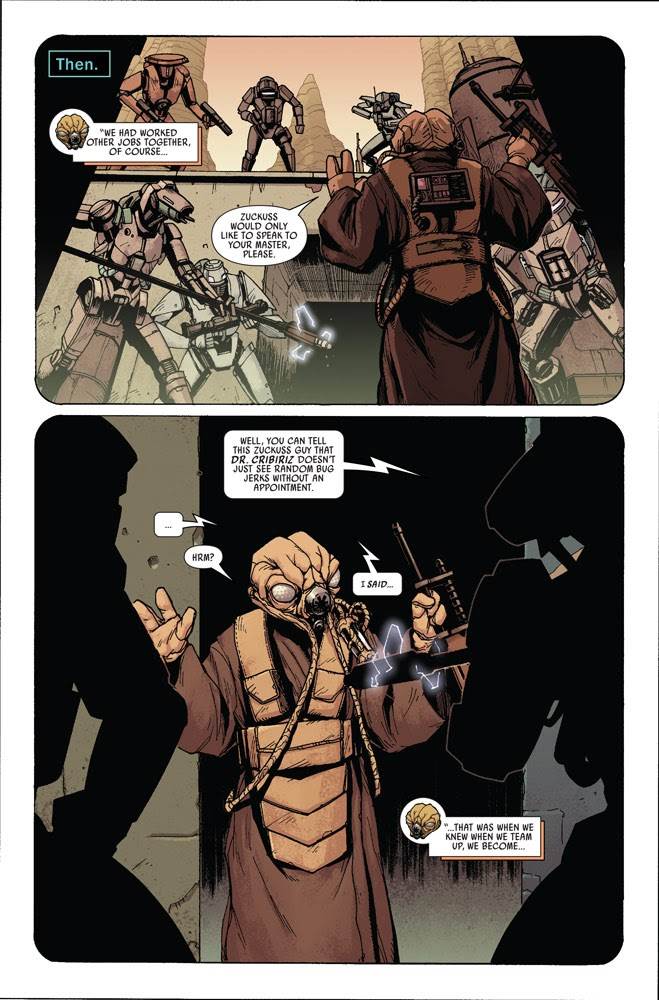 We get flashbacks to one of 4-LOM and Zuckuss’s first missions together, when they worked for newly introduced bounty hunter Deva Lompop to track down and eliminate an insectoid droid mechanic / warlord named Cribiriz Idollax, a task that ends with the twosome discovering which of their complementary skills makes them so successful as a partnership. Back on Tatooine, writer Daniel José Older (writer of the Han and Lando novel Star Wars: Last Shot) has the opportunity to reintroduce ex-stormtrooper Sardis Ramsin from his short-story entry in the anthology collection Star Wars: From a Certain Point of View, and through that character we get a roundabout reunion between the two title characters. 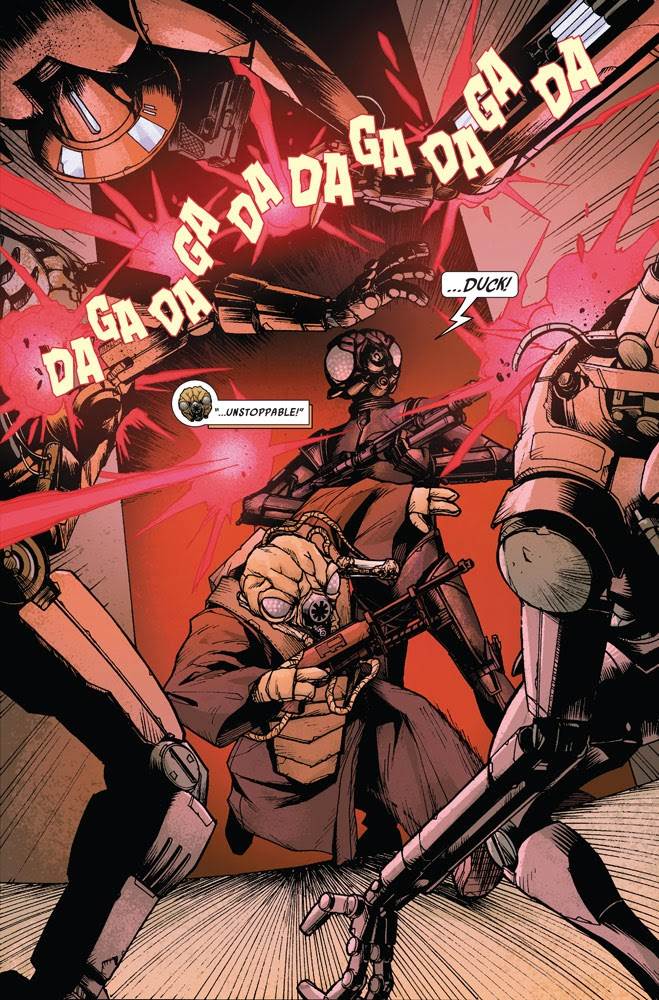 I’ve been saying a lot lately (thanks to his work on the Star Wars: The High Republic multi-platform publishing initiative) that Older really knows how to capture the pure fun of what makes Star Wars Star Wars, and that certainly carries over to War of the Bounty Hunters – 4-LOM & Zuckuss. The battle between an… upgraded(?) 4-LOM and his ex-partner on Nar Shaddaa covers at least eight pages of extremely entertaining action, and a significant amount of credit for that also goes to the talented illustrator, Kei Zama (cover artist for Marvel’s Avengers: Mech Strike). But there are also plenty of smaller and amusing character moments scattered throughout this oversized issue, such as Zuckuss drowning his sorrows at being abandoned with new friends at a delightfully named local cantina. I liked this entry in War of the Bounty Hunters quite a bit, and I’m curious to see where exactly 4-LOM and Zuckuss wind up next. 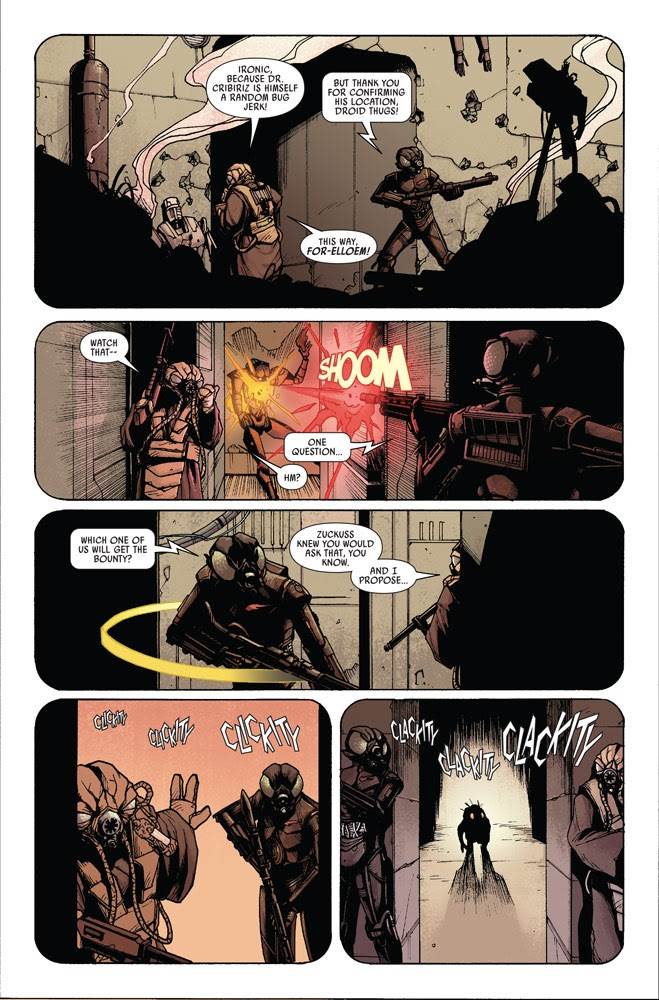