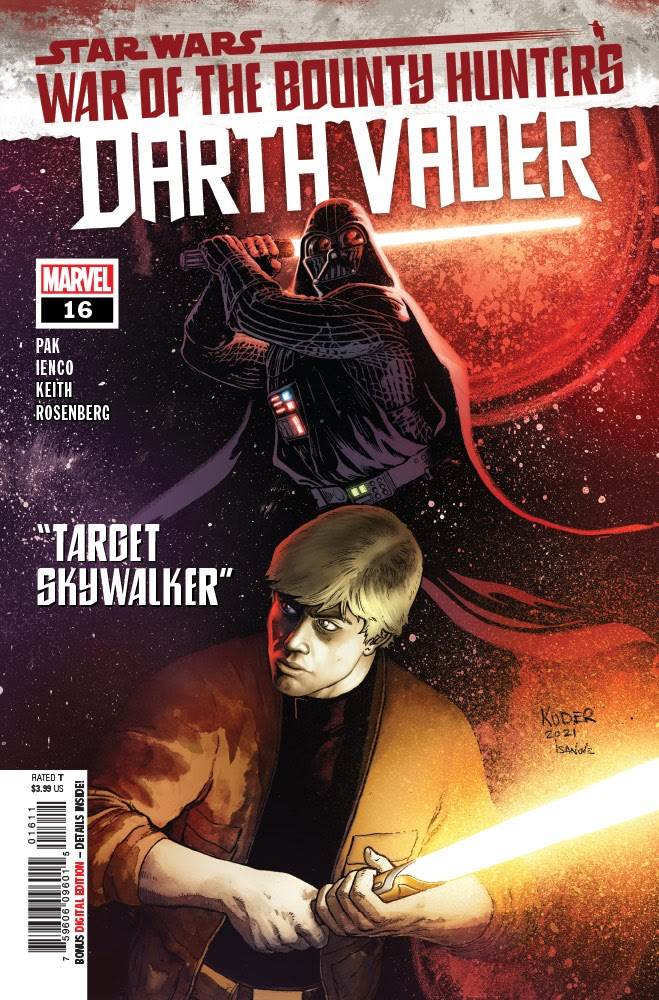 I’ve remarked recently about how Marvel’s ongoing Star Wars comic books have felt a little hamstrung by the restraints of having to cross over with the current War of the Bounty Hunters event series, and that continues to feel true with issue #16 of the third volume of Star Wars: Darth Vader.

Writer Greg Pak is stuck trying to fill in the gaps between the plot points presented in the War of the Bounty Hunters miniseries, which has frustratingly stalled at Crimson Dawn’s auction for the carbonite-frozen Han Solo on the planet Jekara. He manages to kill some time in Darth Vader #16 by starting with another mindscreen of the title character as he calls to his son Luke Skywalker via the Force, taunting him with disturbing visions of Obi-Wan Kenobi and Emperor Palpatine. We get yet more overlap with the now-infamous “hallway scene” of Leia, Lando, and Chewbacca standing around trying to decide how to proceed, and a repeat of Vader uncharacteristically not following through on his threat to cut Han in half before we get into any new action. Luke draws his father away by making a run for it in his X-wing, but gets intercepted by some nearby space pirates until Vader steps in to blast him out of the sky. Meanwhile back on the Vermillion, Ochi of Bestoon has it out with Administrator Moore over whose loyalty lies where after Moore sics her Droid Crush minions on the Dark Lord’s TIE Advanced. At that point this issue just becomes a race to catch up with the end of War of the Bounty Hunters #4, in which the Hutt Cartel went after the Imperial shuttle carrying Han Solo to the Super Star Destroyer Executor. I’m starting to think War of the Bounty Hunters would have been more successful as a concept if Marvel had chosen to have it all take place between issues of its four ongoing comics that are currently set between the events of The Empire Strikes Back and Return of the Jedi, instead of having them all intersect with its storyline. Pak’s writing here (as far as dialogue and characterization go) and the art by Raffaele Ienco are both still working beautifully together, but these individual issues are overly reliant on what’s happening in the bigger picture, preventing them from making any real narrative progress on their own. I really hope the company doesn’t approach this winter’s Star Wars: Crimson Reign miniseries with the same strategy. More isn’t always better, and ultimately I think the story of War of the Bounty Hunters could have been much more effectively related over a half-dozen issues rather than the 30-something we’re getting. 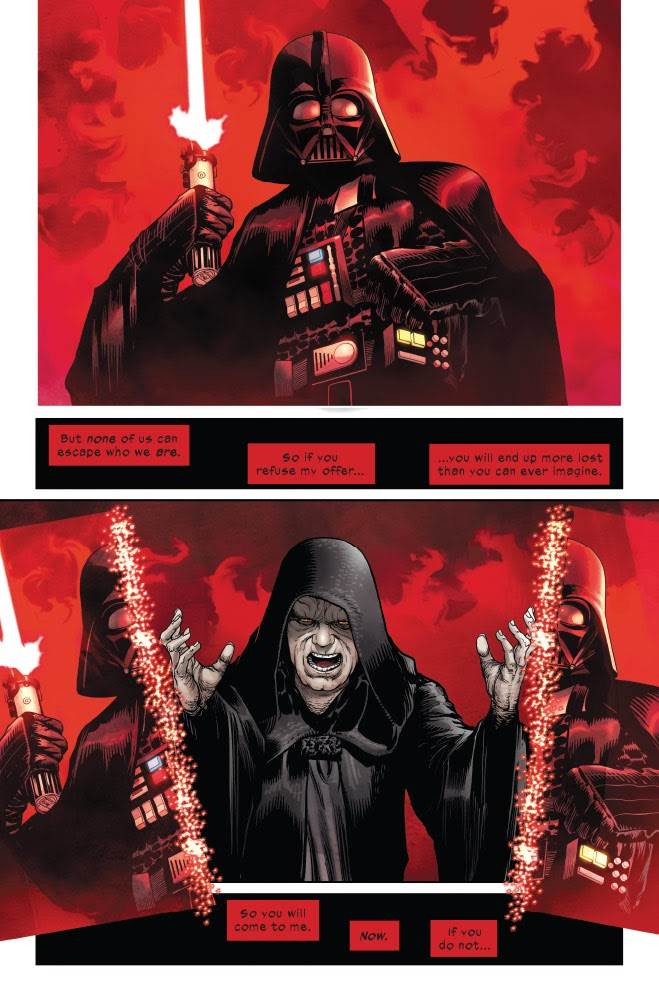